Murder squad probe stabbing that left one man, 25, dead and another, 33, in hospital after attack in communal area of south London block of flats

A 25-year-old man has been stabbed to death in a flat complex in South London.

The victim, who has not yet been formally identified, was pronounced dead at the scene shortly before midnight on Thursday.

A second man, aged 33, was taken to hospital with injuries which have been described as ‘non life-threatening’.

One men was stabbed to death and a second suffered non life-threatening injuries after an incident at a block of flats in Morden, south London shortly before midnight on Thursday 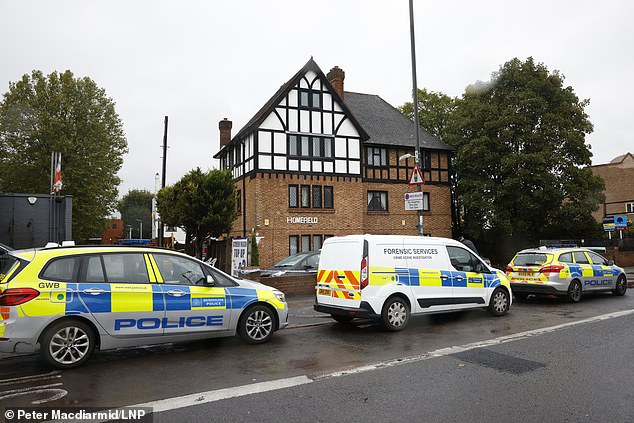 The victim, who is a man aged 35, has not yet been formally identified, according to the Met 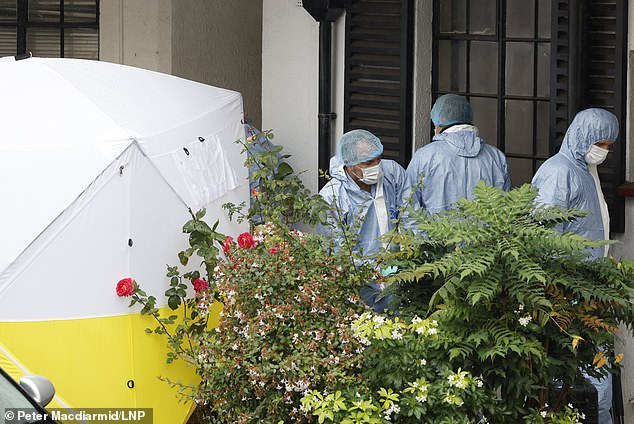 Police received 999 calls at 11.57pm on Thursday after witnesses reported a stabbing in the communal area of a block of flats in London Road, Morden.

A post-mortem examination on the victim will take place at a later stage.

Specialist crime scene officers have secured the scene and are scouring the area for evidence.

The investigation is being led by detectives from Scotland Yard’s Homicide and Specialist Crime Command.

No one has yet been arrested in connection with the attack.

Anyone with information about the crime is asked to contact Crimestoppers on 0800 555 111.