A former spoonbending magician who reinvented himself as a multi-millionaire biotech entrepreneur has been arrested for his alleged role in a murder-for-hire plot.

It is a spectacular fall from grace for Serhat Gumrukcu, the 39-year-old co-founder of Enochian Biosciences, who has previously hobnobbed with celebrities including Helen Mirren, supermodel Heidi Klum and Lady Gaga.

Gumrukcu, a scientific adviser at Enochian, which is listed on the Nasdaq market in the US, was arrested by federal officials last month over allegations he conspired to murder father-of-six Gregory Davis, who was found dead in a Vermont snowbank in January 2018.

Murder rap: Serhat Gumrukcu, a former magician and the co-founder of Enochian Biosciences, was arrested over allegations he conspired to murder father-of-six Gregory Davis

Explaining the alleged motive behind the crime, prosecutors said Davis had threatened to go to the US Federal Bureau of Investigation (FBI) with evidence Gumrukcu and his brother had defrauded him in a multi-million-dollar oil deal signed in 2015.

The Daily Mail attempted to contact lawyers thought to be representing Gumrukcu but they could not be reached for comment despite multiple emails and calls to their offices as well as messages on social media.

Enochian is backed by major investment funds including Blackrock and the Vanguard Group, both of which are popular with UK investors.

The biotech sector has seen a surge of interest from shareholders on both sides of the Atlantic in the wake of the pandemic.

Enochian, valued at nearly £500million as recently as last November, currently has a market capitalisation of £157million.

It claims to be developing treatments for a wide range of illnesses including cancer, HIV and Covid.

While it recently said Gumrukcu had ‘no formal role in the company’, disclosures indicated its drug pipeline was heavily dependent on the entrepreneur.

All of its potential products appear to have been licensed to it by Gumrukcu-controlled entities or based on his research. He is also credited as the ‘sole inventor’ of key parts of its technology. 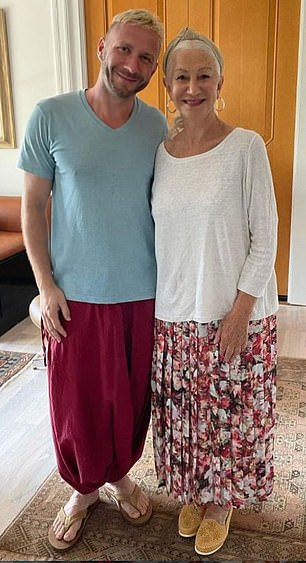 Enochian’s shares have plunged 40 per cent since his arrest.

If he is convicted of the charges against him in the Davis killing, Gumrukcu faces the death penalty or life in prison.

The contract killer, who according to court records was disguised as a US Marshal, handcuffed Davis and then shot him multiple times in the head and torso.

Court documents filed by prosecutors say that Gumrukcu has a background as a magician.

Gumrukcu had worked in Turkey as a magician under the stage name ‘Dr No’ before he arrived in the US, according to a report published last month by investment research outfit Hindenburg, which is betting against Enochian’s share price.

Hindenburg previously hit the headlines in May when it became involved in a spat with Tesla boss Elon Musk after predicting Twitter’s share price could crash by 50 per cent if he walked away from his takeover attempt.

Gumrukcu previously appeared in Turkish media claiming to be able to bend spoons, according to the Hindenburg report.

He was endorsed in a now-deleted post by fellow spoonbender, Uri Geller. His penchant for promoting seemingly superhuman abilities extended into other areas of his life.

He previously claimed to have a ‘more-than-photographic’ memory as well as the ability to run unbiased scientific experiments in his mind.

Gumrukcu is alleged to have peddled ‘miracle’ cures in the US, including to the parents of a young Pennsylvania boy with terminal cancer. 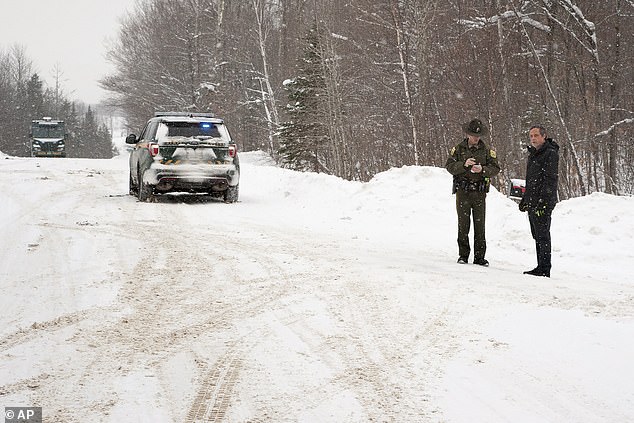 Court records show that Gumrukcu failed to enter a defence to the claim, leading to the family being awarded $266,000 (£220,000) in damages.

He was then apprehended in 2017 after Californian authorities accused him of 14 felonies, including fraud and identity theft. Gumrukcu pleaded guilty to one of the counts, eventually downgraded to a misdemeanour, with the other charges dropped.

The case was subsequently dismissed after he had served two-and-a-half years’ probation and paid restitution to the victims.

How tales of intrigue sink firms

Hindenburg, based in New York and founded by activist short-seller Nathan Anderson, hit the headlines in May after publishing a report stating Twitter’s share price could crash by half if Elon Musk walked away from his takeover attempt.

It is one of several research houses specialising in in-depth investigations into companies to uncover wrongdoing or financial discrepancies that can send shares plunging.

In December 2019, US-based Muddy Waters published a report on NMC Health, at that time a FTSE 100 company, questioning its accounts. It sparked a chain reaction that engulfed NMC in scandal and forced it into bankruptcy the following year.

Another fund, London-based Shadowfall Capital, has fired broadsides at some of the capital’s biggest listed firms including fashion giant Boohoo.

Despite this, Enochian hired Gumrukcu as a consultant two months after his 2017 arrest, acquiring one of his companies via a merger agreement which described him as ‘the sole inventor of all company IP rights and company technology’, according to Securities and Exchange Commission (SEC) filings.

In the four years since, Gumrukcu and his firms have been paid an estimated £16million ($20million) by Enochian shareholders through licence agreements, consulting contracts, and other transactions, according to Hindenburg calculations based on the SEC filings.

The profits appear to have helped fund a lavish party lifestyle, including trips to Las Vegas and the Oscars ceremony. He has been pictured with actress Mirren and at a Hollywood film premiere alongside supermodel Klum.

Gumrukcu was even snapped at a party hosted by Elton John’s Aids Foundation at this year’s Oscars, attended by top celebrities including Lady Gaga.

His personal stake in Enochian, around 17 per cent of the company, is worth around £27million ($33million).

Following his arrest, Enochian appears to have tried to distance itself from Gumrukcu.

Chief executive Mark Dybul said in a letter to shareholders that the entrepreneur’s ‘past is not connected to Enochian’s future’.

He said Gumrukcu’s scientific advisory role had been terminated as soon as Enochian learned of his arrest, and added that the company ‘is built on a strong foundation of scientific research conducted independently by leaders in their fields.’