EXPRESS INFORMER > News & Politics > Mum sexually assaulted in Mitcham park, Melbourne’s east by a man who asked her to take his photo

Police are searching for a man after a mother pushing her pram alleged she was sexually assaulted in the middle of a busy Melbourne park.

The woman was pushing her pram at a park on Mitcham Road in Melbourne’s east just after 4.30pm on January 6 when she was approached by a man.

Detectives were told the man asked if the mum could take a picture of him before asking for a selfie.

As the pair posed for the selfie, police were told the man then started to kiss the woman.

‘The woman was followed by the man before he again sexually assaulted her, kissed her and put his arms around her,’ Victoria Police said in a statement. 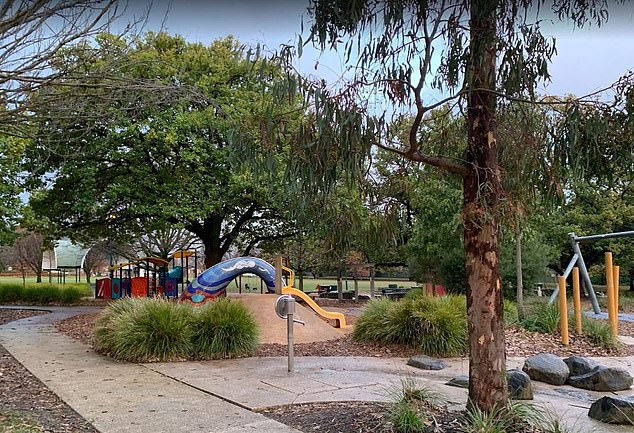 The woman was pushing her pram at a park on Mitcham Road in Melbourne’s east just after 4.30pm on January 6 when she was approached by a man

‘The woman was able to get away from the man and raised the alarm.’

She was able to snap a photo of the man and send it to police.

It is believed the man left the park in a northerly direction, with police launching an investigation and releasing an image of a man which was taken by the victim.

He is pictured in a striped t-shirt and in tracksuit pants.

Victoria Police told Daily Mail Australia there were no new updates and again appealed for the public’s help.