A heartbroken mum says she’s been left homeless and living in a ‘claustrophobic’ shipping container after gifting her house to her daughter, who then kicked her out.

Varina Quinn, who lived at the property near Toowoomba in Queensland for 15 years, claims she made an agreement with her daughter Rachel to hand over ownership of the home in exchange for lifetime tenancy.

But after less than one year, the arrangement turned sour and the devastated matriarch says she was unceremoniously given the boot.

She claims she has been left no choice but to set up camp in a shipping container in her son’s yard, filling the tiny home with a desk, microwave, bed and a wardrobe.

Her daughter Rachel disputes her version of events and says she’s the one who is the real ‘victim’ and that her mother left of her own accord.

Varina transferred the property title over to Rachel in 2019 with $170,000 left on the mortgage, after she had spent years renovating the home and growing a garden, she claims.

The former child safety officer said at the time she ‘really felt for’ her daughter, who had just broken up with her boyfriend and wanted to see her get back on her feet.

‘I suggested that if she would like to, because she came out with nothing, I’d give her the house in exchange for lifetime tenancy and she would support me,’ Varina told A Current Affair.

‘I was there for less than a year before she threw me out.

‘I didn’t take anything with me. She wanted me to leave immediately. So, she has all my possessions as well.

‘She has family photos. She has all my electronics, white goods, and furniture. All my prepping supplies, all my tools.’

Varina Quinn says she’s been left homeless and living in a ‘claustrophobic’ shipping container (pictured) after gifting her house to her daughter, who then kicked her out

Varina now says she is homeless and has no choice to to sleep in a shipping container in the front yard of her son Caleb’s rental home.

‘I feel like I’ve lost my daughter and my home,’ she said.

‘I don’t think she has a conscience. I mean, who would do this to their own family?

‘Family, they protect each other. But in this case, she betrayed me.’

But Rachel claims her mum is lying and that ‘everything was done above board’.

‘I did everything she ever asked me to do… I didn’t kick her out… I’m the victim here,’ Rachel said.

‘She’s got all my stuff, everything is at her place.’

Rachel claims her solicitor sent Varina’s legal representative emails requesting that someone on Varina’s behalf come and collected her belongings left in the backyard.

In a confusing exchange she said Varina is ‘not allowed on the property’ before then saying ‘the home is open to her whenever she wants to come home’. 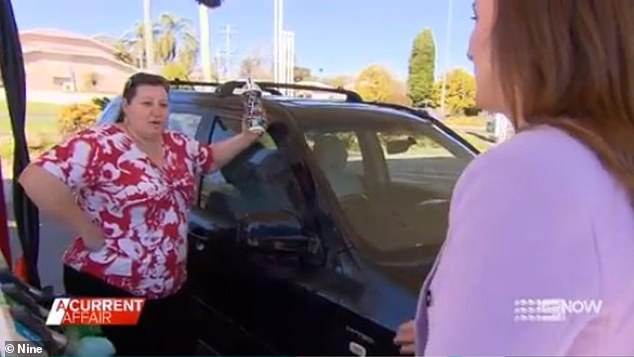 Caleb said he tried to warn his mum before entering into the deal.

‘I didn’t like the fact that she was giving out the only place she had to live to my sister.’

Property law expert Tim O’Dwyer said the situation is an unfortunate lesson for why doing property deals with family are often a bad idea.

‘If you want the property, you might lose your family. It might be better to lose the property and keep the family,’ he said.

He advises that if you do enter into a deal with family members you should always have separate lawyers.

Varina is now set to file a civil suit in the district court in bid to win her house back. 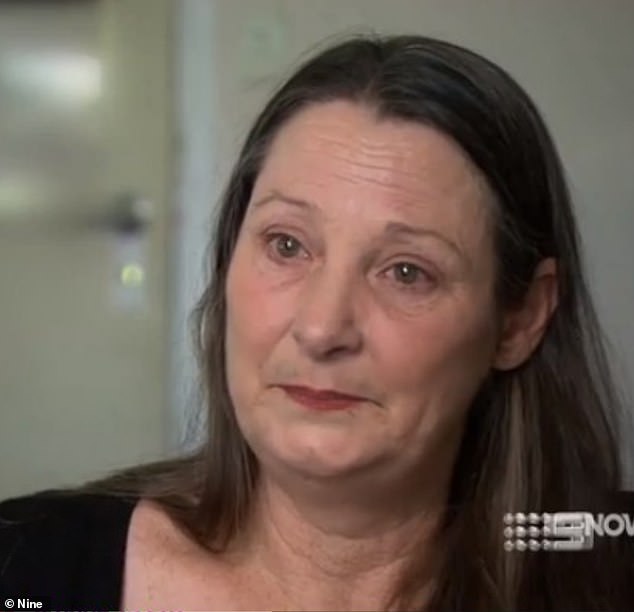