A Sydney barber shop has found itself at the centre of a police investigation after it refused to let a vision-impaired mum and her guide dog inside.

Marilena Osborne was taking her son for a haircut at a barber shop in Jannali, in Sydney’s south, two weeks ago when she was refused entry.

The single mother-of-two has ‘very low’ vision and relies on her guide dog Hamilton to help her navigate day-to-day life.

Single mother-of-two Marilena Osborne was refused entry at a barber shop in Jannali, south of Sydney’s CBD, because of her guide dog (pictured) 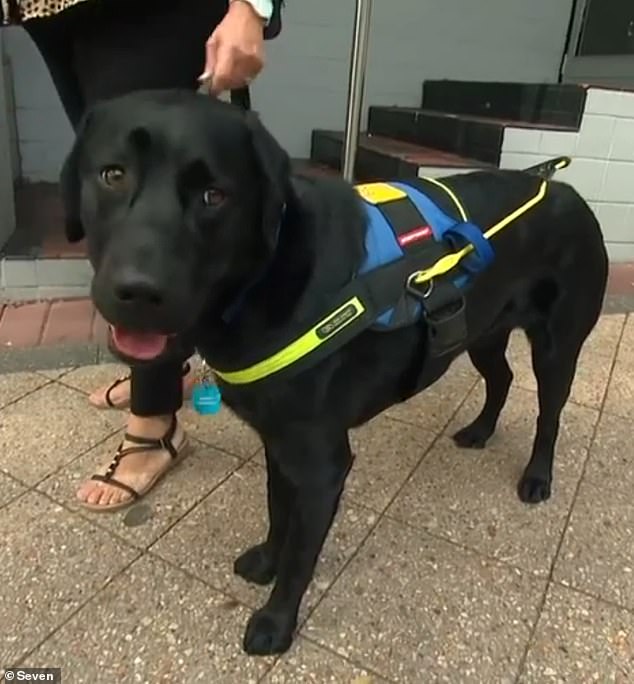 Ms Osborne has ‘very low’ vision and relies on her guide dog Hamilton (pictured) to help navigate her through her day-to-day life. She described Hamilton as a ‘calm and quiet’ dog

Ms Osborne said she was ‘shocked’ when the barber turned her ‘calm and quiet’ guide dog away.

‘I felt as though we were treated like second-rate citizens, I felt hurt, I felt rejected and felt extremely inconvenienced.’

Her son Lachlan said he was confused when they were turned away as their dog Hamilton is allowed ‘anywhere’.

Under the NSW Companion Animal Act,  guide dog users are allowed to enter all public places with their harnessed dog.

It is an offence to deny or charge a fee for the entry of a person with their guide dog.

NSW Police officers can issue on-the-spot fines of $330 and penalty notices of up to $1,650 for refusing entry to a guide dog handler.

The barber shop owner later explained he was ‘scared’ and did not allow Hamilton inside because he was bitten on the leg by a customer’s dog a couple of years ago.

Ms Osborne said there was ‘nothing scary’ about Hamilton, who is very calm and quiet when he is working.

‘There’s nothing scary about this dog. He has been specially trained to pretty much guide me around the place,’ Ms Osborne said.

The incident is being investigated by Sutherland Police after Ms Osborne reported it to officers. 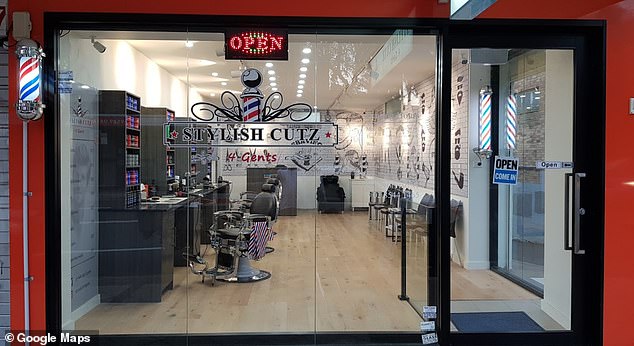 The barber shop owner said he was ‘scared’ and did not allow Hamilton inside (pictured, Stylish Cutz Barber shop, Jannali) because he was bitten on the leg by a customer’s dog a couple years ago