A mother who felt judged by a stranger for not toilet training her four-year-old has hit back, explaining that her daughter will learn how to ‘in her own time’.

Laura Mazza, 33, from Melbourne, said she was angry when she was met with a ‘disapproving look’ from a fellow parent for not toilet training Sofia, 4.

‘She is four years old. Four years, five weeks and one day. And she isn’t toilet trained,’ Laura wrote on her Instagram profile.

A mother who has been judged by strangers for not toilet training her four-year-old has hit back and defended herself, explaining that her daughter will learn how to ‘in her own time’ (Sofia Mazza pictured) 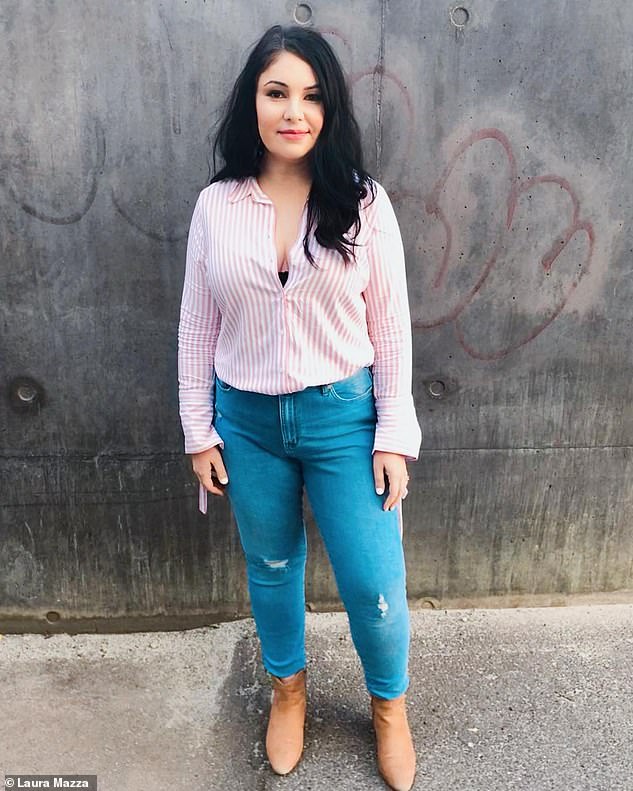 Laura Mazza (pictured), 33, from Melbourne, said she wanted to explain herself as a mum after she was met with a ‘disapproving look’ from a fellow parent for not toilet training Sofia, 4

Laura continued: ‘When she was six months old, she didn’t sit up. Not even at eight months.’

Laura explained that she took Sofia to a specialist to find out if there was something wrong because she wasn’t sitting up.

The 33-year-old said that Sofia learned to walk and speak much later than other children too, and while she and her partner worried sometimes, they were repeatedly reassured by professionals that ‘she will get there, she’s just doing it in her own time’. 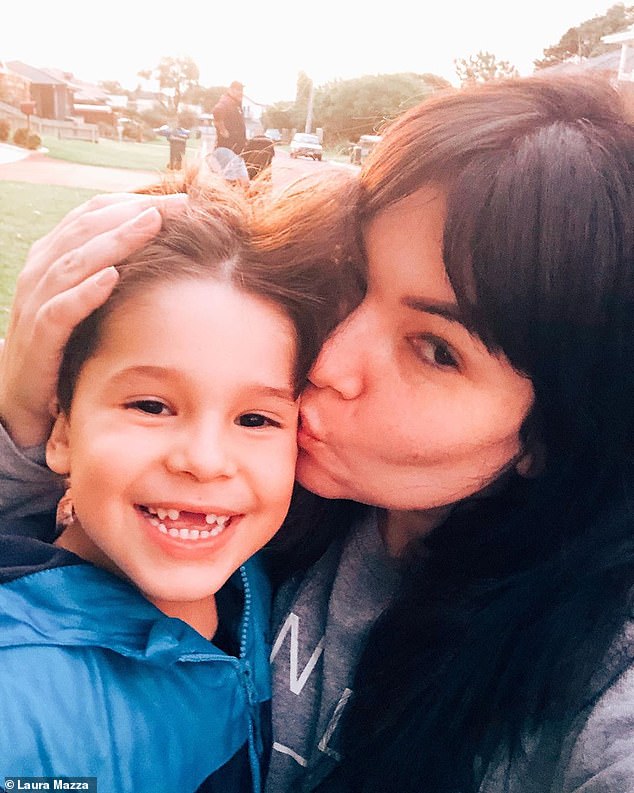 Laura explained she took Sofia to a specialist to find out if there was something wrong because she took a while to talk, walk and sit up but was told she was fine (Laura and Sofia pictured)

When should you toilet train a child?

* Keep using nappies until your child show signs that they are ready to start toilet training, including:

– age – your child needs to be between 18 months and three years before they are mature enough to recognise the urge to use the toilet.

– interest – your child expresses curiosity in watching others go to the toilet. Although this might seem embarrassing at first, it’s actually helpful to the child if they can see parents or older siblings using the toilet.

– dryness – their nappy stays dry for up to two hours, showing they are able to store urine in the bladder. For example, their nappy may be dry when they wake up from their afternoon nap,

– disliking nappies – they may tell you they hate wearing nappies, or else try to take them off themselves, particularly after soiling them.

– awareness – your child can tell you they’re pooing or weeing while they’re doing it, or can tell you straight after. If they can tell you before it happens, they are definitely ready for toilet training.

– attention – they have the ability to sit in one position for two to five minutes. 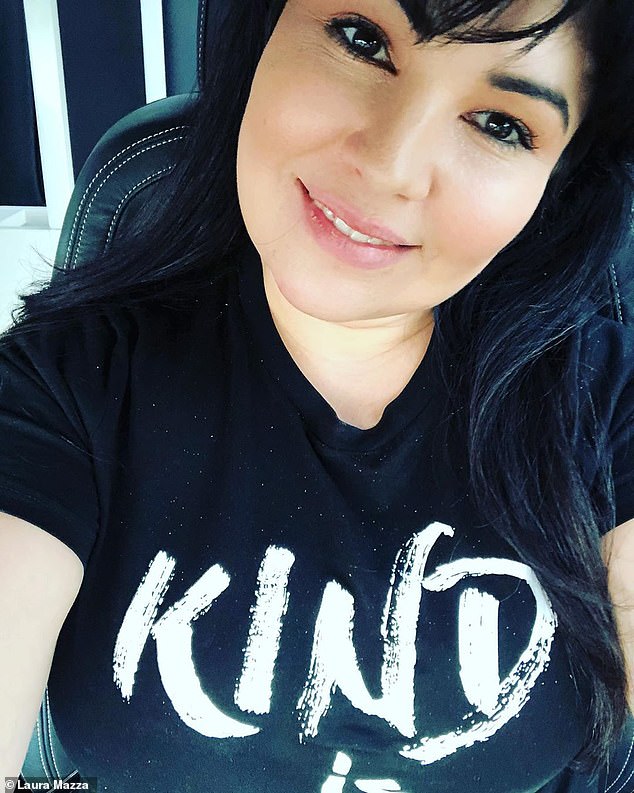 The mum-of-three (pictured) said she has her suspicions that she is ‘somewhere on the spectrum of something’, but that is why when she watches her, she said she is ‘in awe’

‘She [Sofia] hates loud noises. She covers her ears. She frightens easily. She barely plays with other children. She likes her alone time,’ Laura wrote.

‘She has different traits than her brothers and sisters. She has met milestones later than them. She’s different.

‘But I’ve done nothing different. I’ve loved them the same.’

The mum-of-three said she has her suspicions that Sofia is ‘somewhere on the spectrum of something’, but that is why when she watches her, she said she is ‘in awe’.

‘She drives me crazy because she’s a force to be reckoned with and that’s what I love about her the most. I love that she is so different,’ she said.

Laura said when she was met with the ‘disapproving look full of shock and judgement’ from another parent, she was angered.

‘I confidently shook my head and I proudly said, “she will do it. In her own time”.’

According to the Better Health channel, parents should keep using nappies until their child starts showing signs they may be ready to be toilet trained.

This usually comes between the ages of 18 months and three years, and signs they are ready include dryness in their nappy after several hours, interest in using the toilet and a general dislike of nappies. 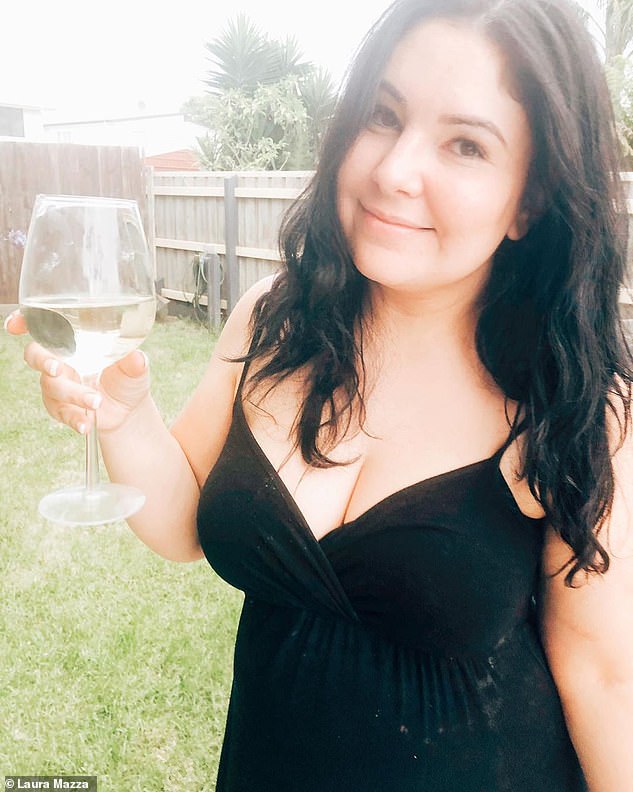 Laura’s post online was met with a wash of praise from other parents, many of whom agreed that all children are different and will develop and learn in their own time (Laura pictured) 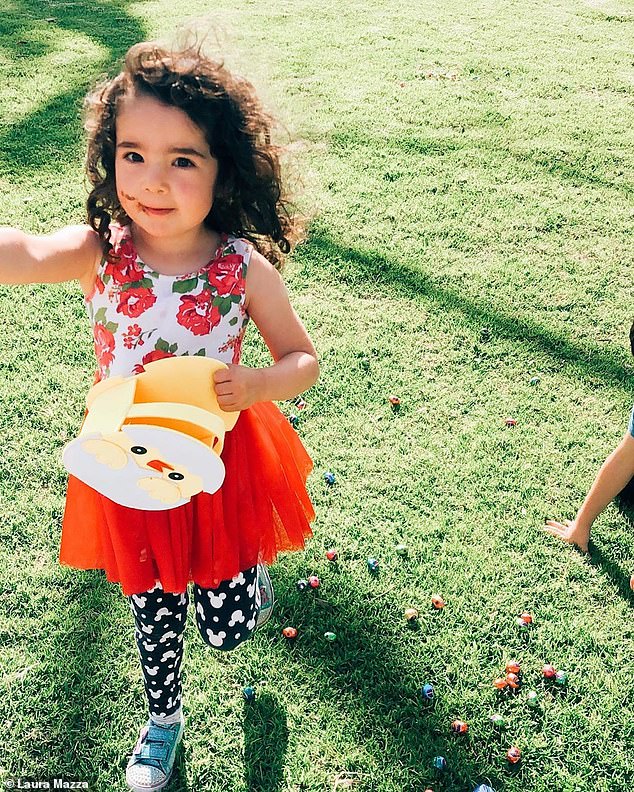 ‘This sounds exactly like my 3.5 year old son. I applaud you for letting her do it in her own time. They will all get there in the end,’ one mum wrote (Sofia pictured)

Laura’s post was praised by other parents, many of whom agreed that children develop and learn at different rates.

‘This sounds exactly like my 3.5 year old son. I applaud you for letting her do it in her own time. They will all get there in the end,’ one mum wrote.

Another parent added: ‘I actually want to applaud you for taking her to specialists!’

‘There’s this backlash about milestones and how kids are fine, when in reality the milestones and benchmarks for child development are there for a reason – so parents, doctors, and specialist can more easily identify if further testing and therapies are needed.’

A third said her little boy is nearly three and she gets some ‘looks’ when she tells others he isn’t potty trained.

‘No one will remember any of this when she is 20 and living her best life!’ she said.