Men have travelled from across the globe to show off their luscious locks for Australia’s annual Mulletfest.

The festival is held in Kurri Kurri, a small town in the Hunter Region of New South Wales, to honour the famous hair-style.

The tradition continued on Saturday, where entrants flocked to the Chelmsford Hotel to be judged on their haircut, presentation and stage presence. 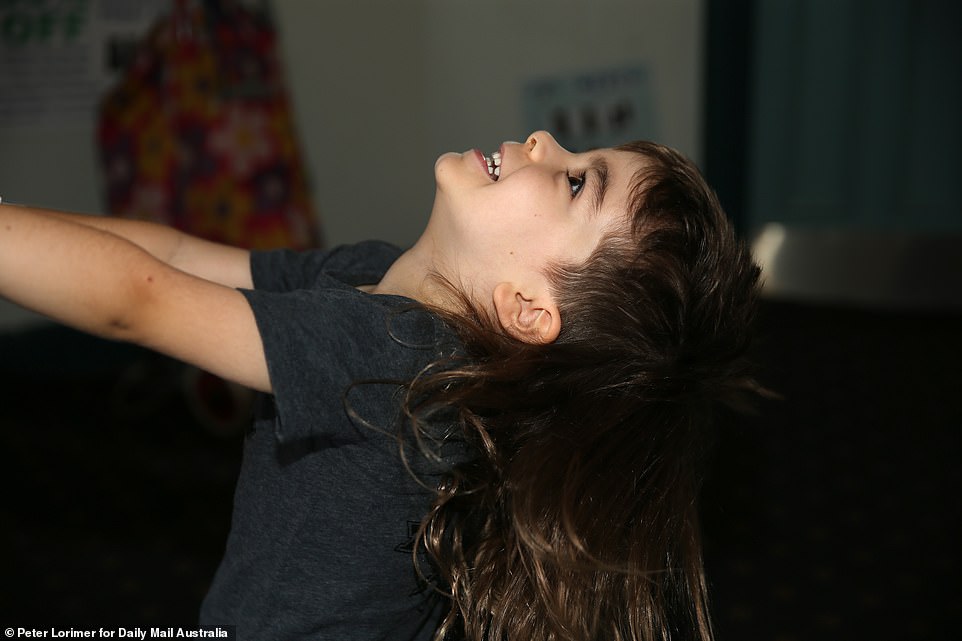 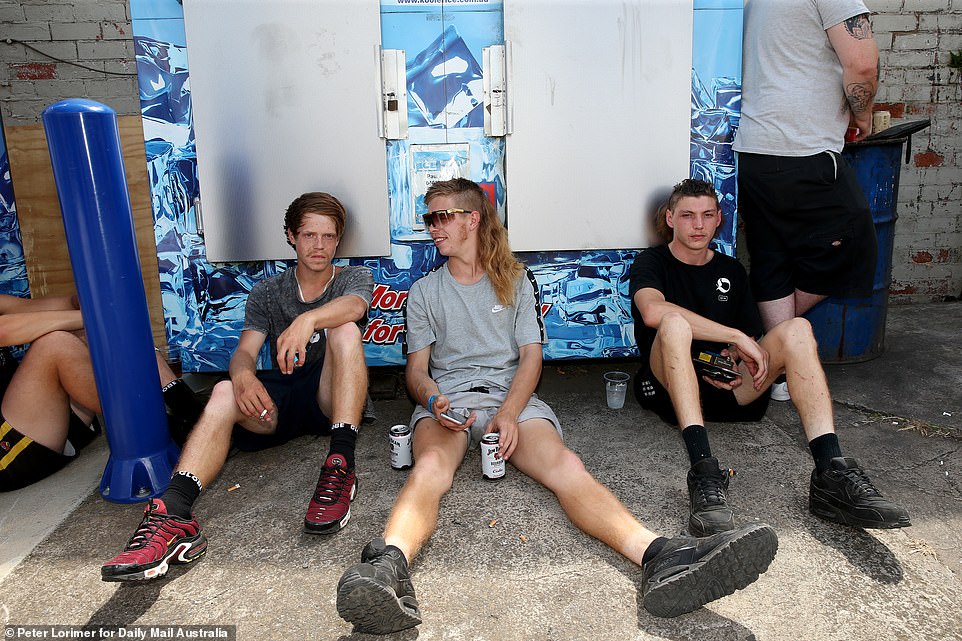 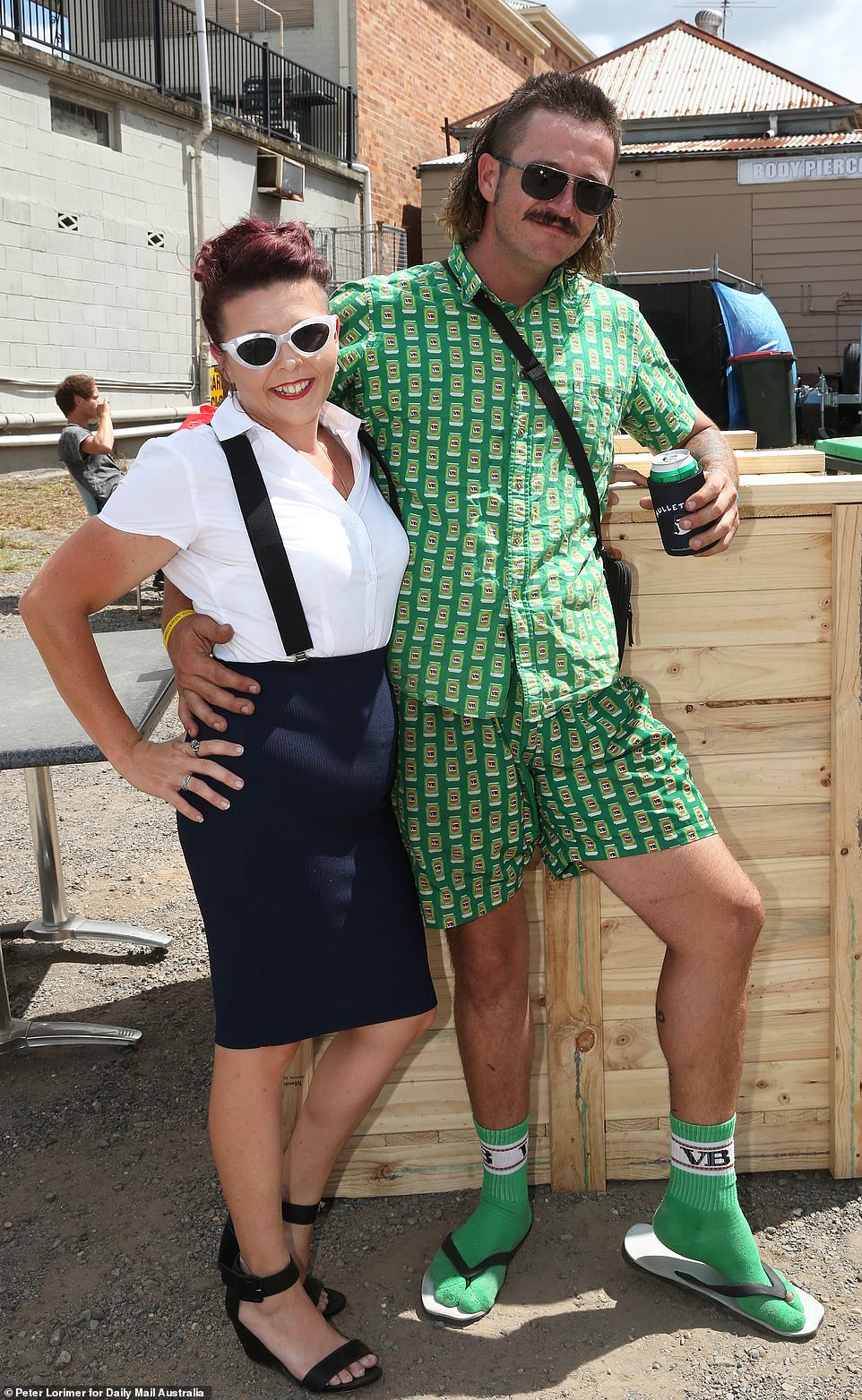 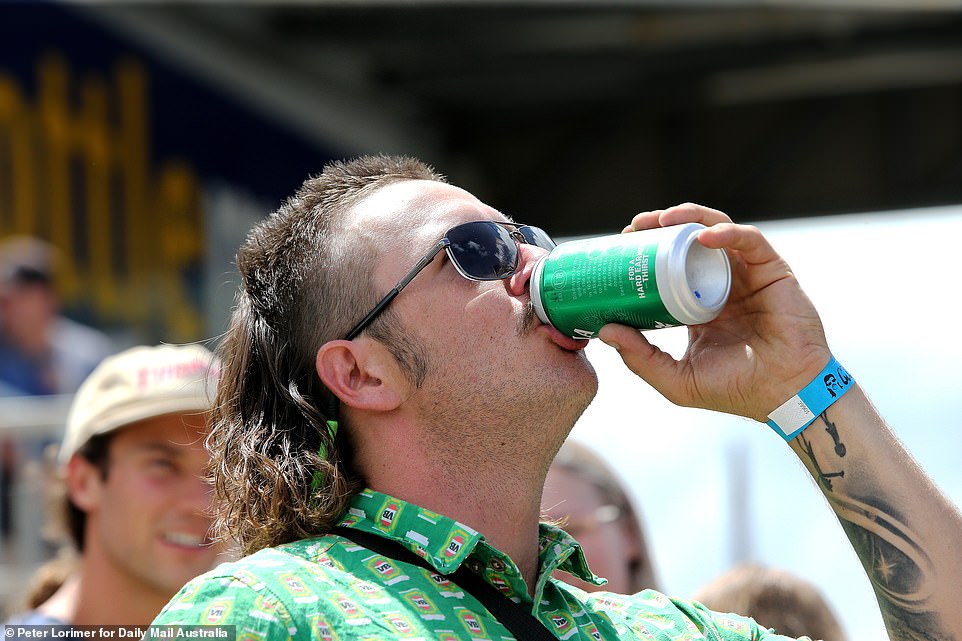 Liam Arnold, who was dressed in a matching VB ensemble, enjoys a refreshing drink 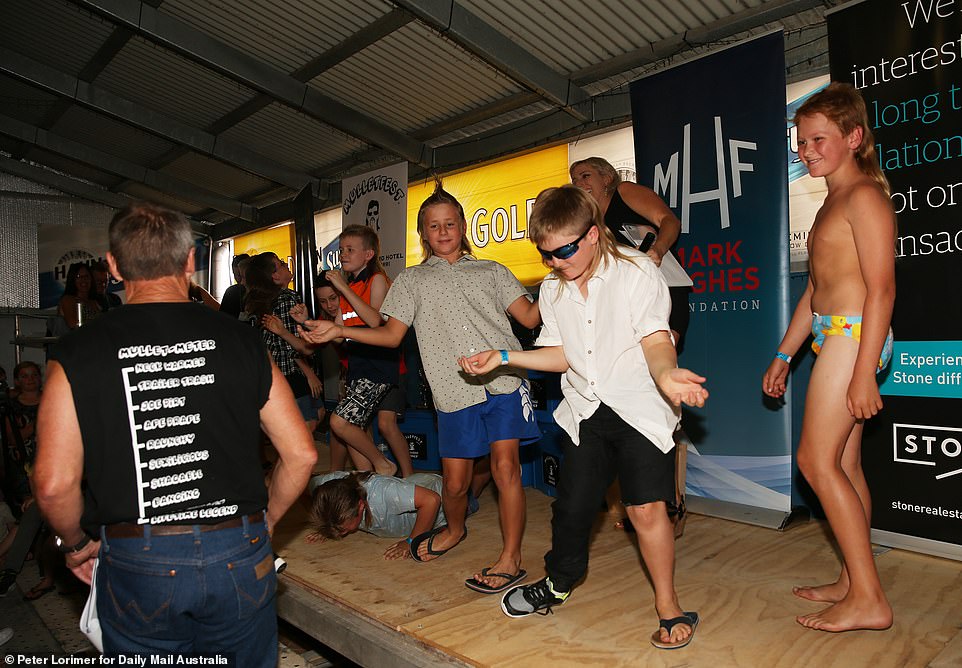 Logan Andrew, a contestant from Canada, travelled 13,500 kilometres for the big day.

A trio of friends made the trip from Melbourne, while other attendees drove in from across the state, including capital city Sydney. 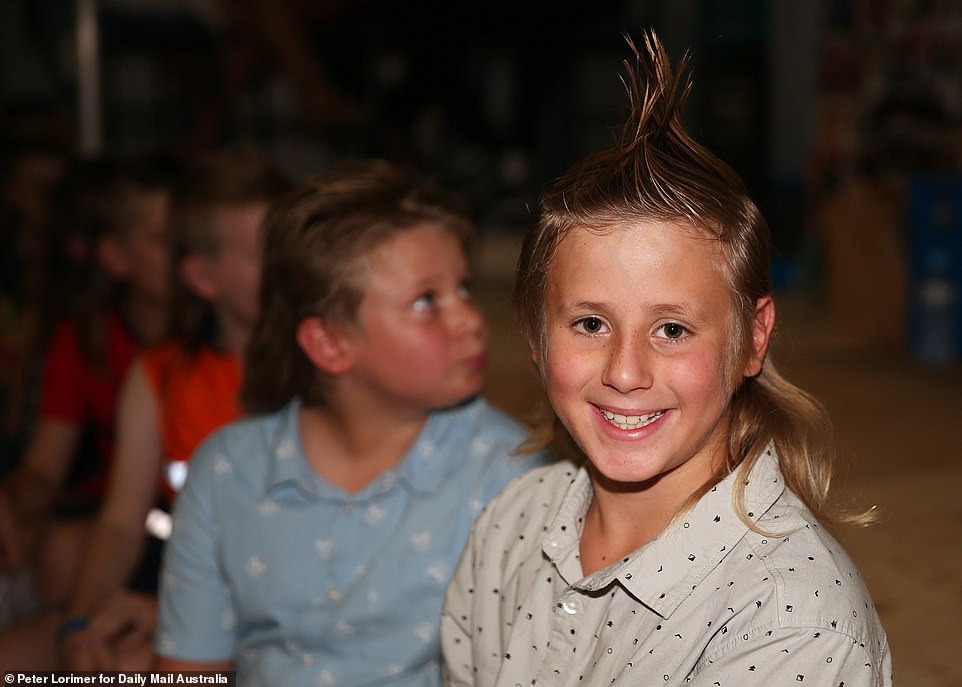 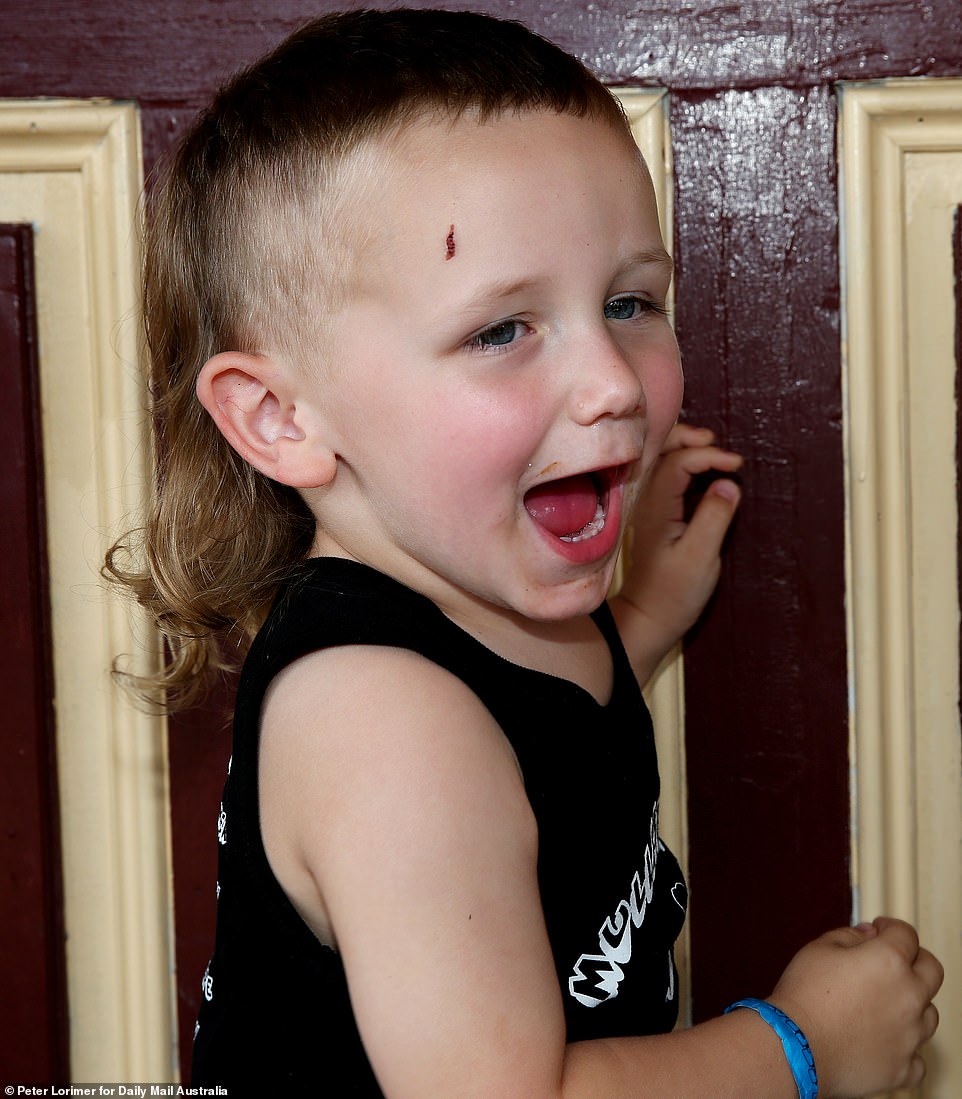 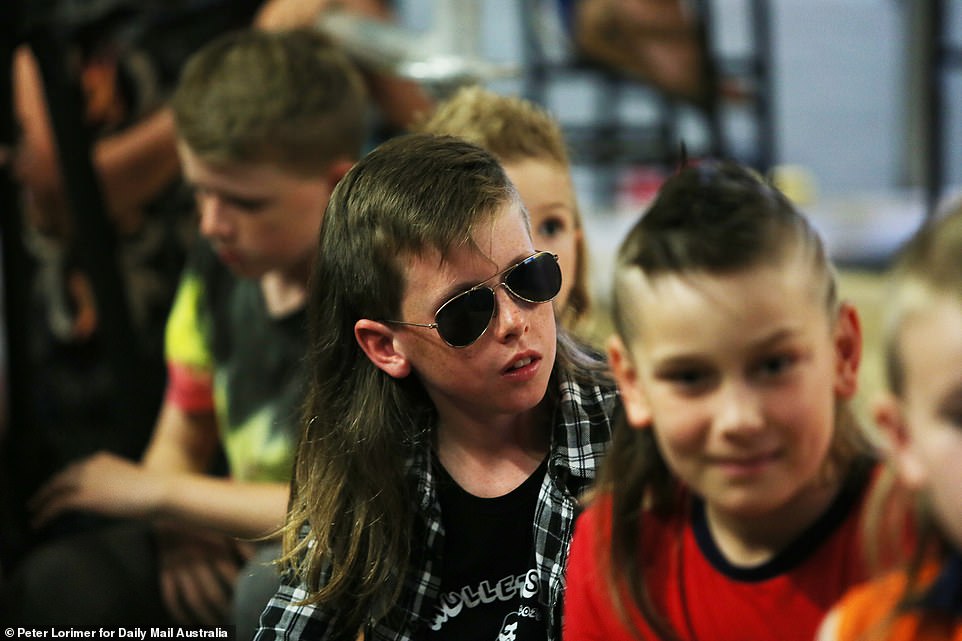 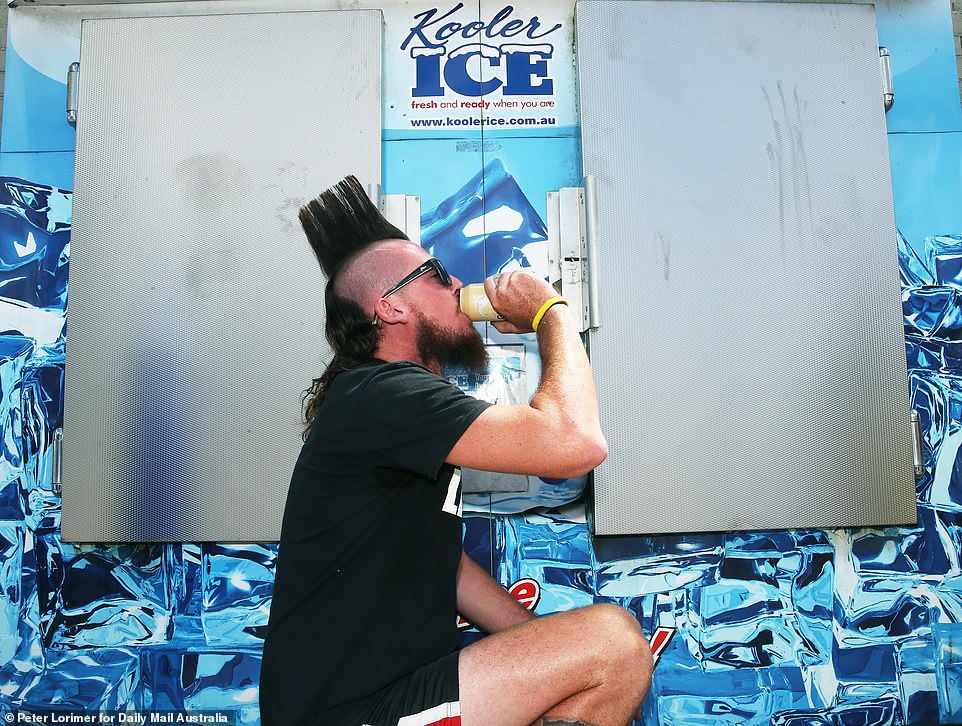 Gus Etheridge, of Gunnedah, is one of the favourites in the Extreme Mullet category. He is pictured enjoying a cool beverage 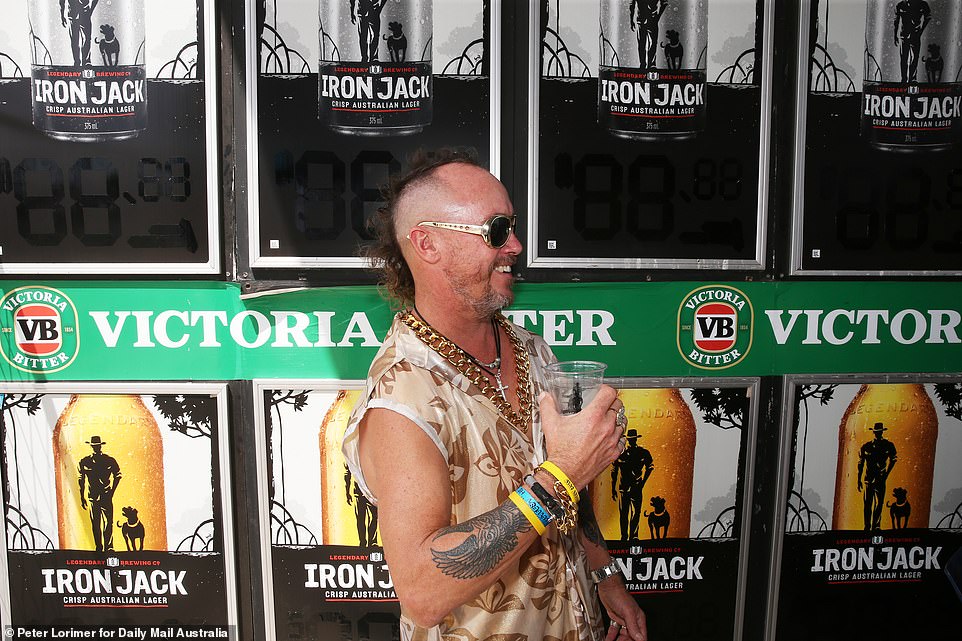 Rosco McGrath, of Toronto, is a regular at MulletFest. He donned a thick gold chain for the occasion 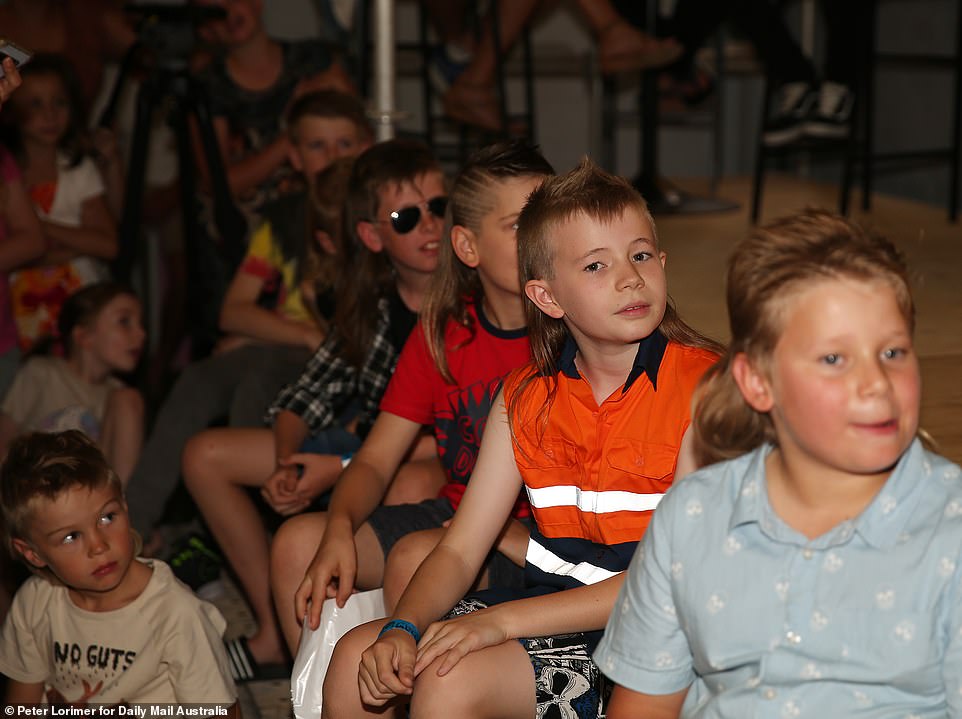 Pictured: Contestants during the eight to 13 years old category 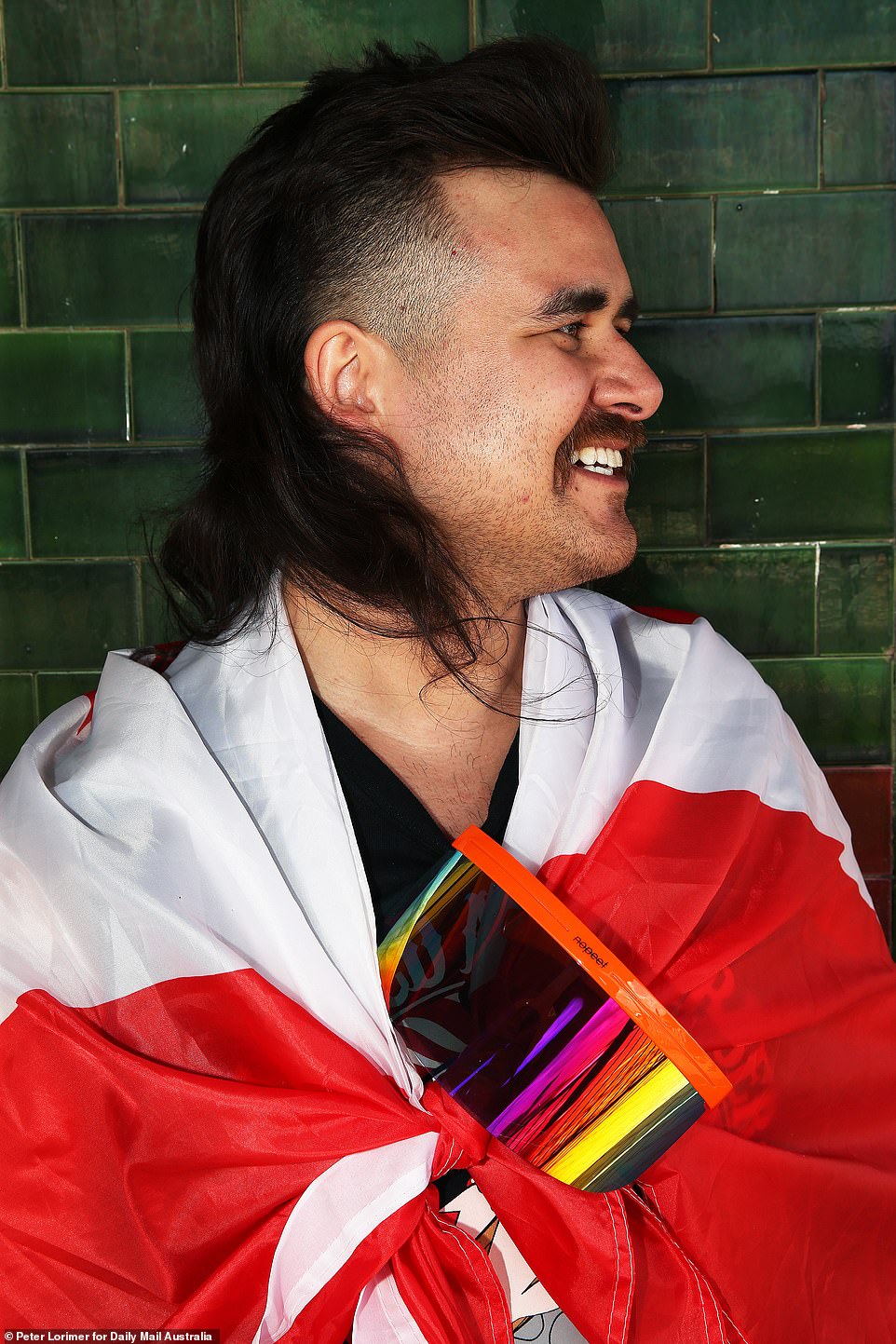 Pictured: Logan Andrew, who traveled 13,500km to compete from Canada

Liam Arnold, from Newcastle, dressed for the occasion in a matching buttoned shirt and shorts set with the VB logo emblazoned across it. He paired the ensemble socks also resembling the iconic Australian beer.

Revellers made the most of the event by dancing inside the pub and sucking down refreshing beverages.

According to the event’s Facebook page, Mulletfest saw their first proposal during Saturday’s festivities.

The mullet hairdo is when hair is cut short at the side and front of the head but left long at the back. 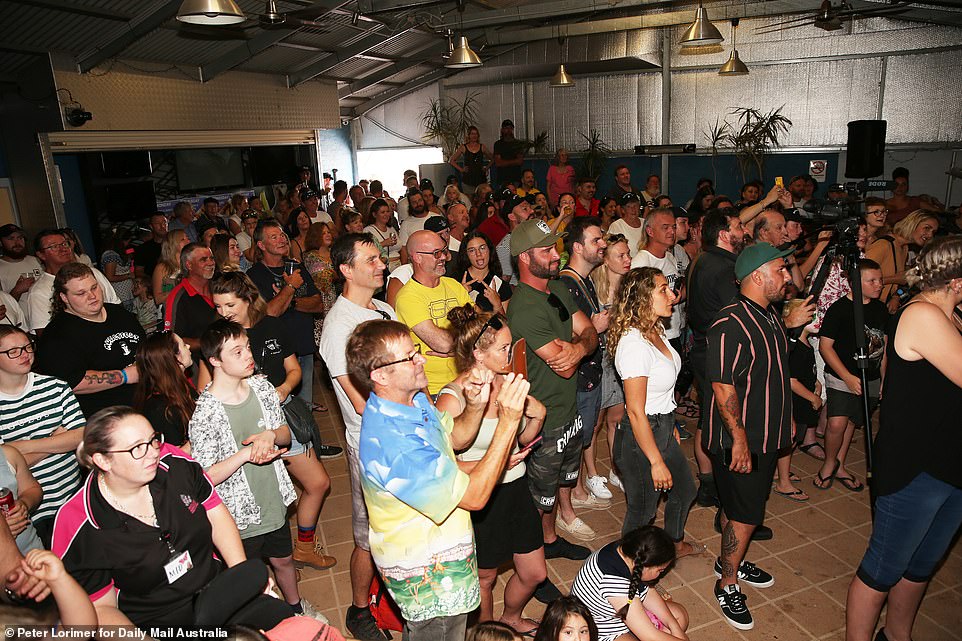 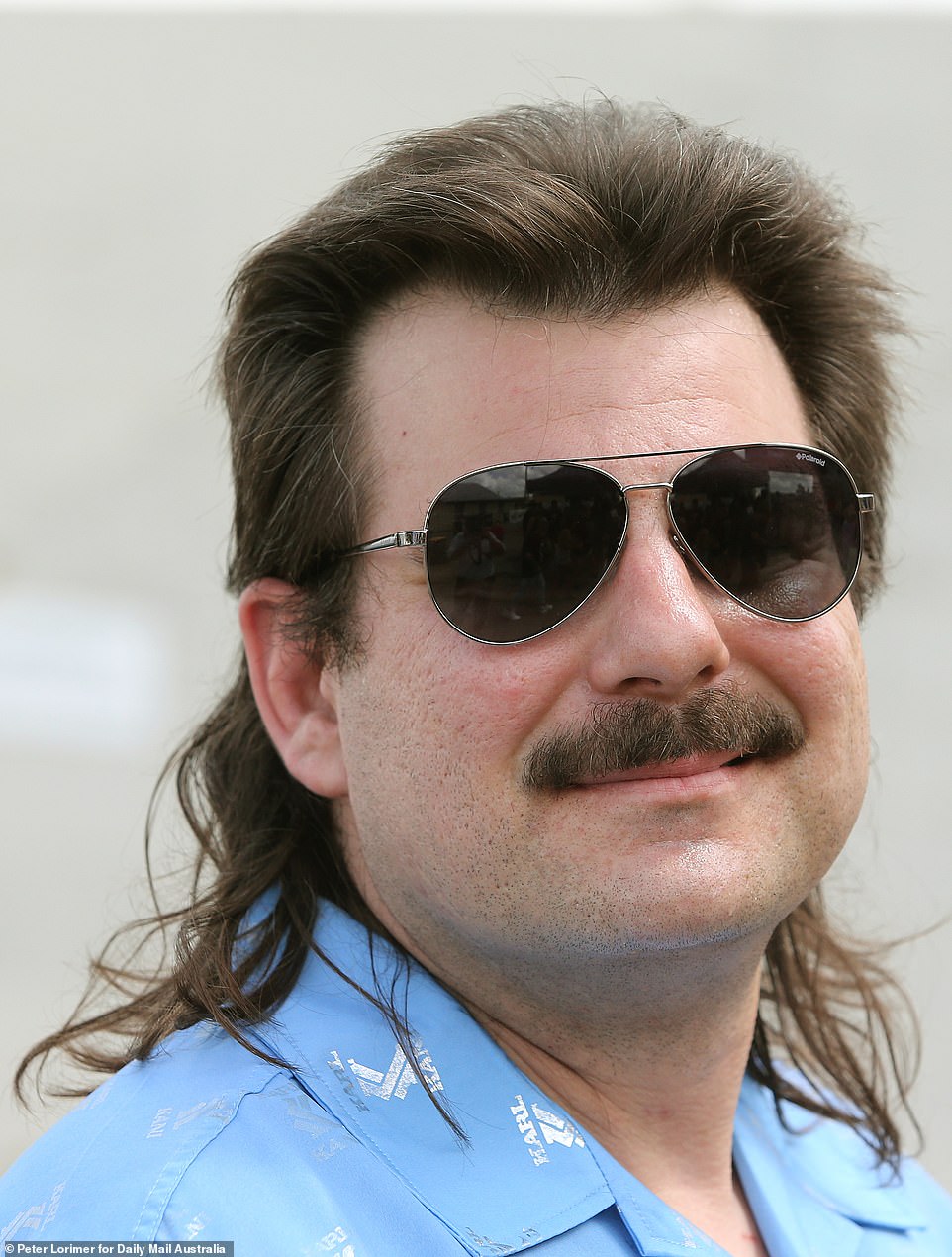 The annual festival is held in Kurri Kurri, a small town in the Hunter Region of New South Wales, to honour the well-known and infamous hair-style 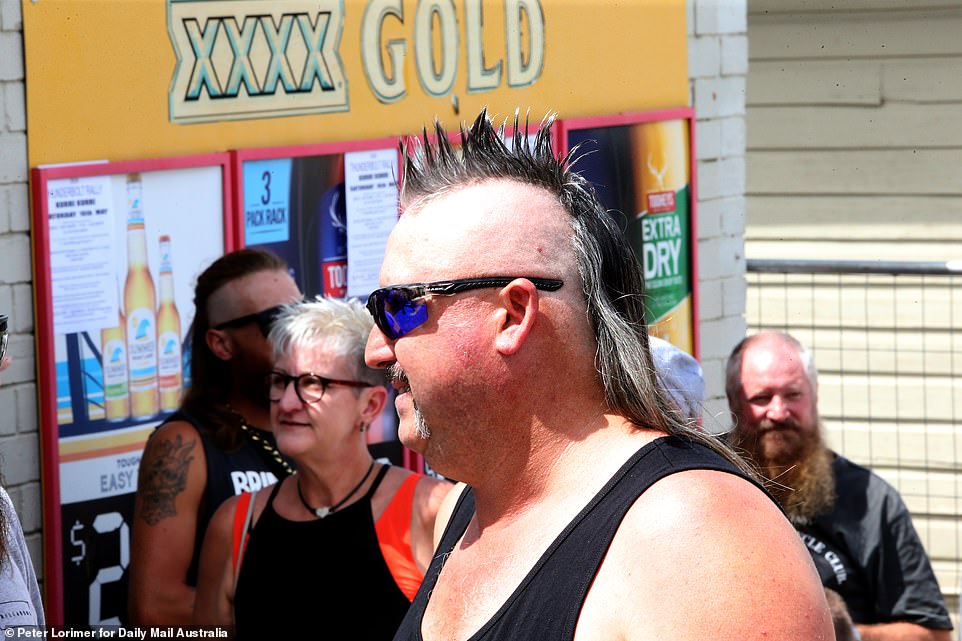 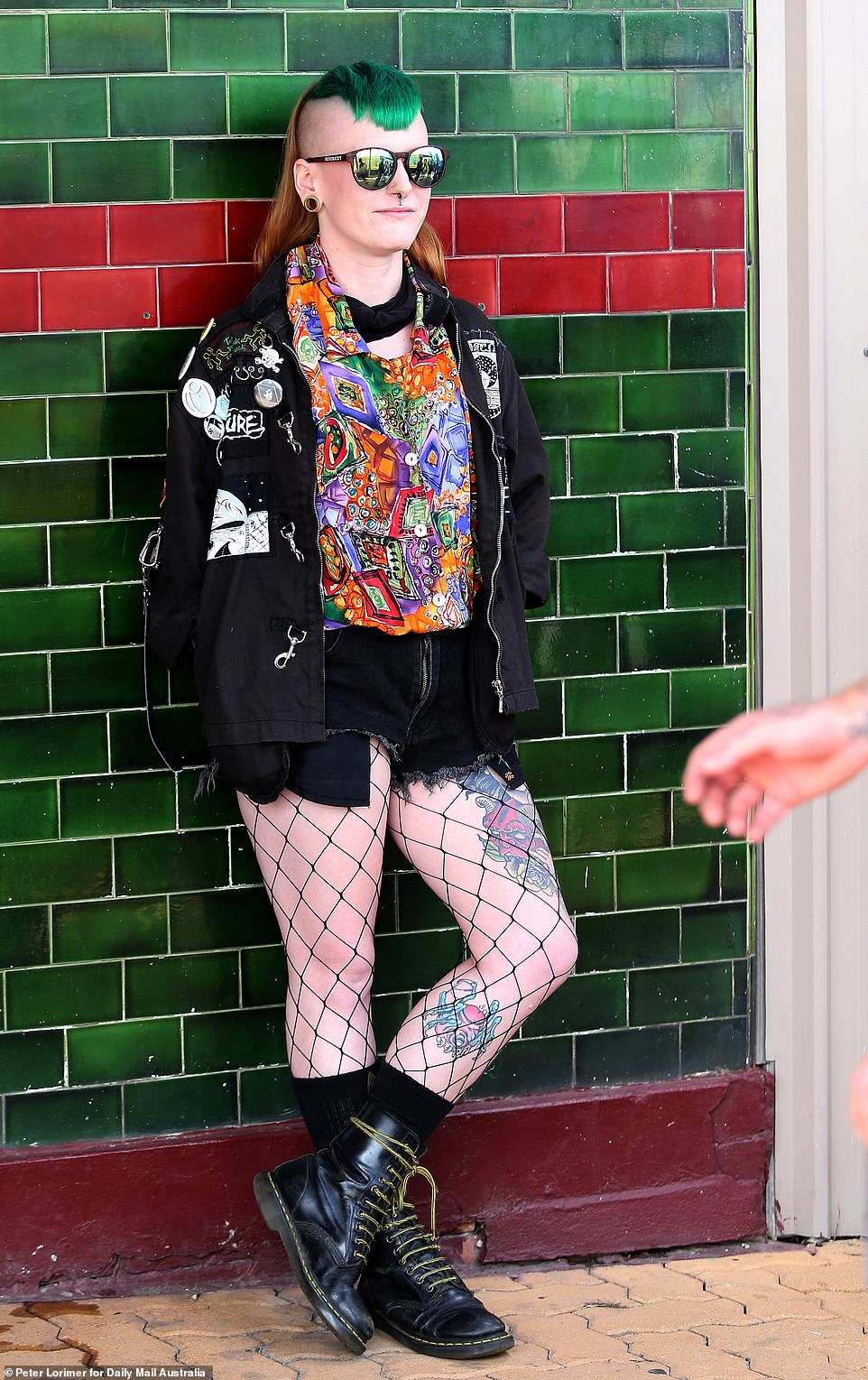 Elyce Kiem was a contender for the Ranga Mullet tournament, with a combination of red and green locks

The famous, or infamous, business-at-the-front, party-at-the-back hairstyle has a speckled history.

About 1500 years ago, Byzantine scholar Procopius described a group of young men who wore their hair long at the back and short over the forehead.

But for others, including the Oxford English Dictionary, use of the term mullet was ‘apparently coined, and certainly popularised, by American hip-hop group the Beastie Boys’.

The first Mulletfest was held in 2018 and welcomed more than 150 entrants.

The success of the event also saw media coverage across the country and even overseas in Russia, the UK and Croatia. 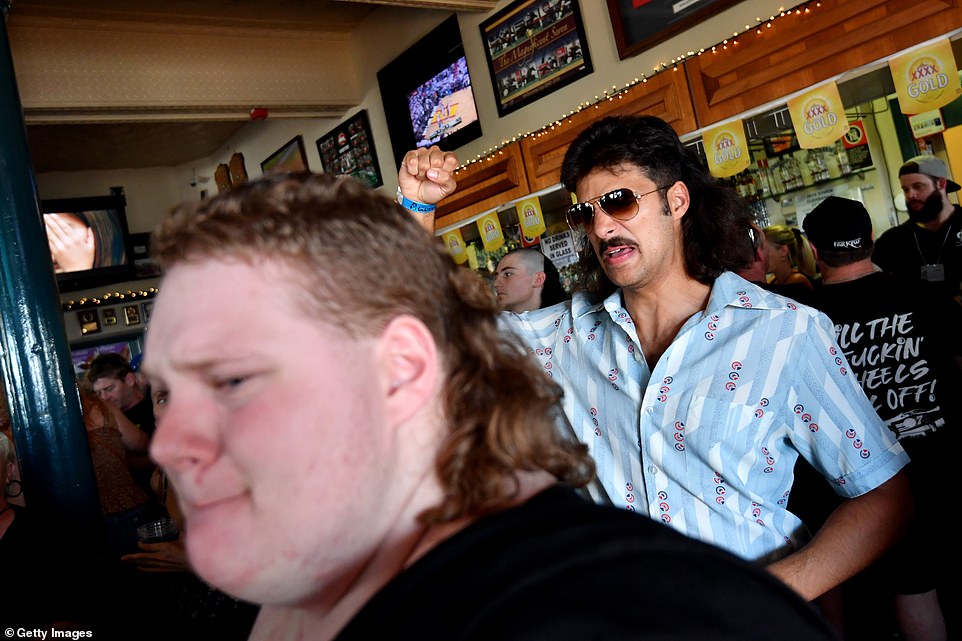 Pictured: Participants react during Saturday’s festivities at the Chelmsford Hotel in Kurri Kurri 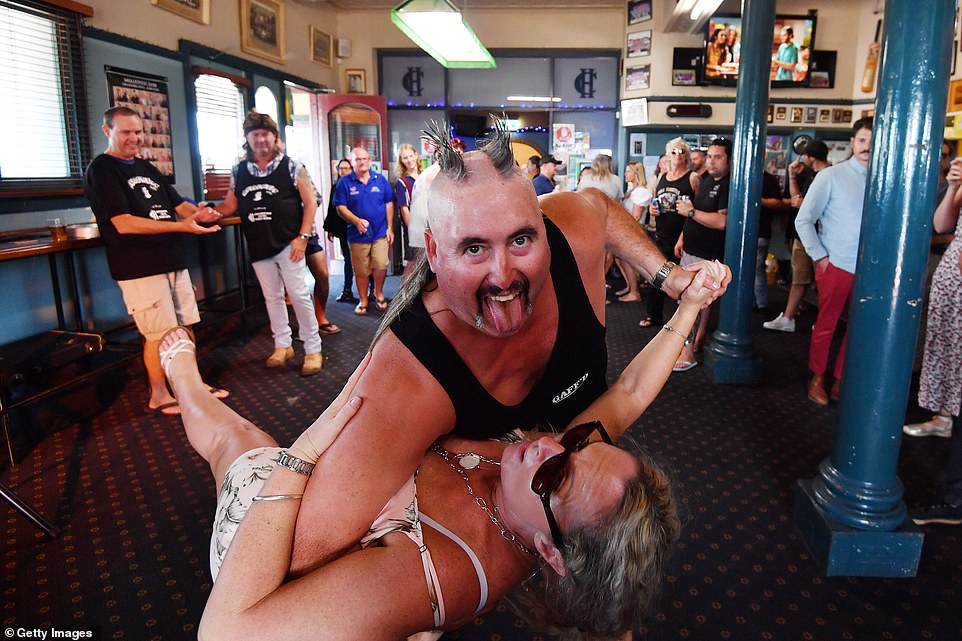 Eventgoers are pictured dancing at the event, held in a small town in New South Wales 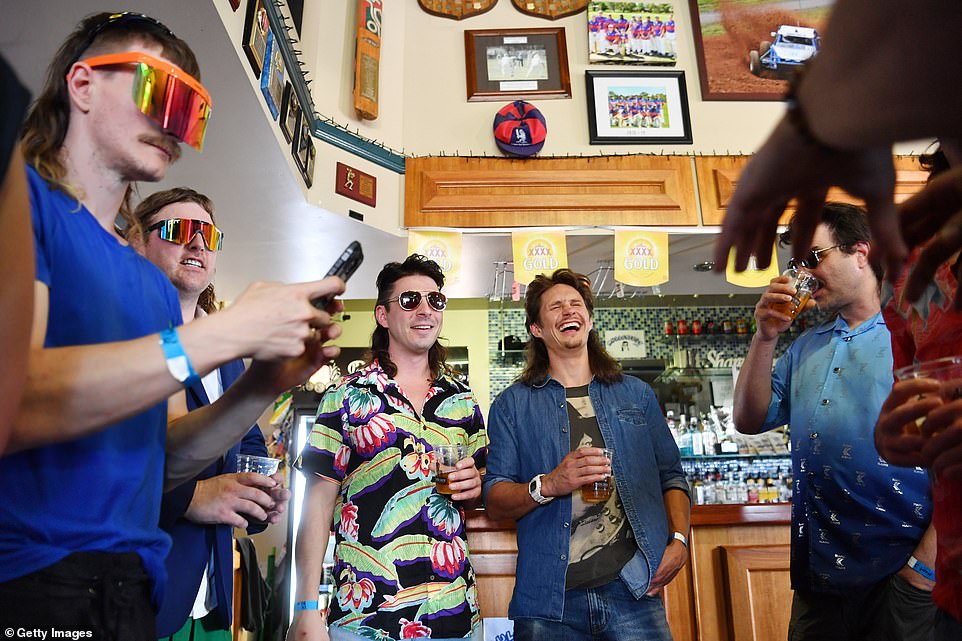 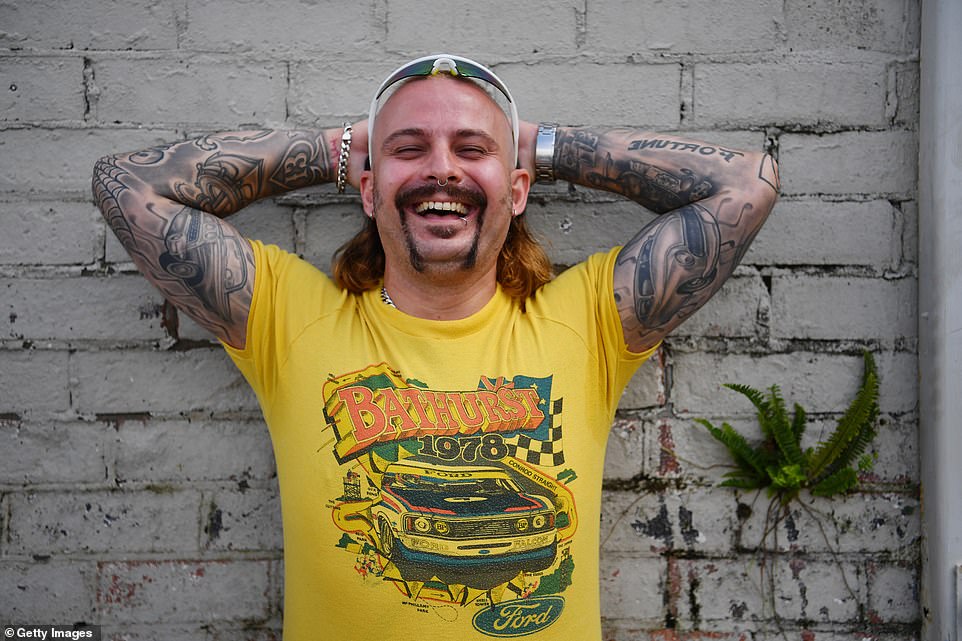 Attendee Dirk Ryder poses for the camera at Mulletfest on Saturday 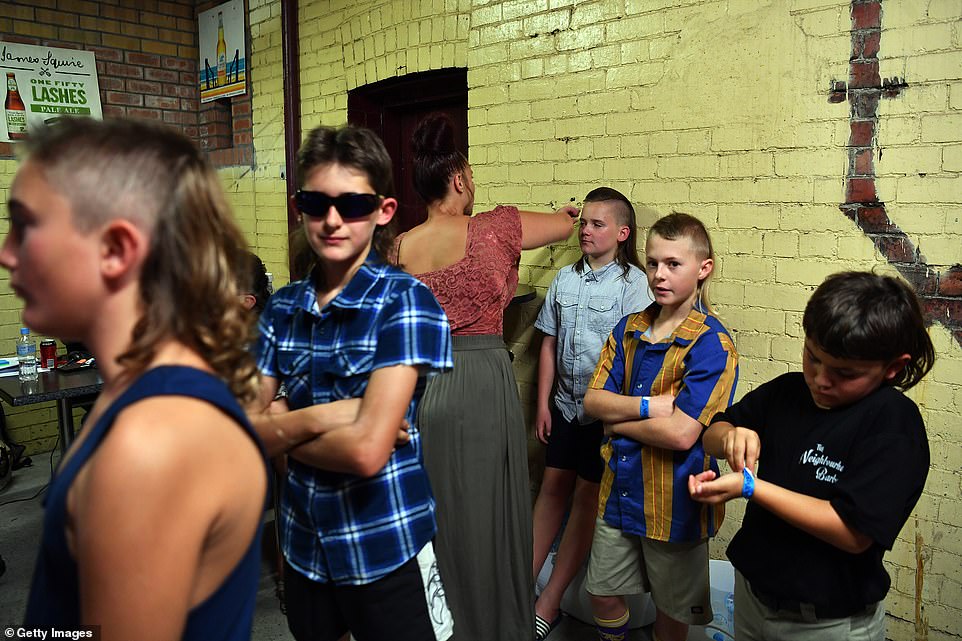 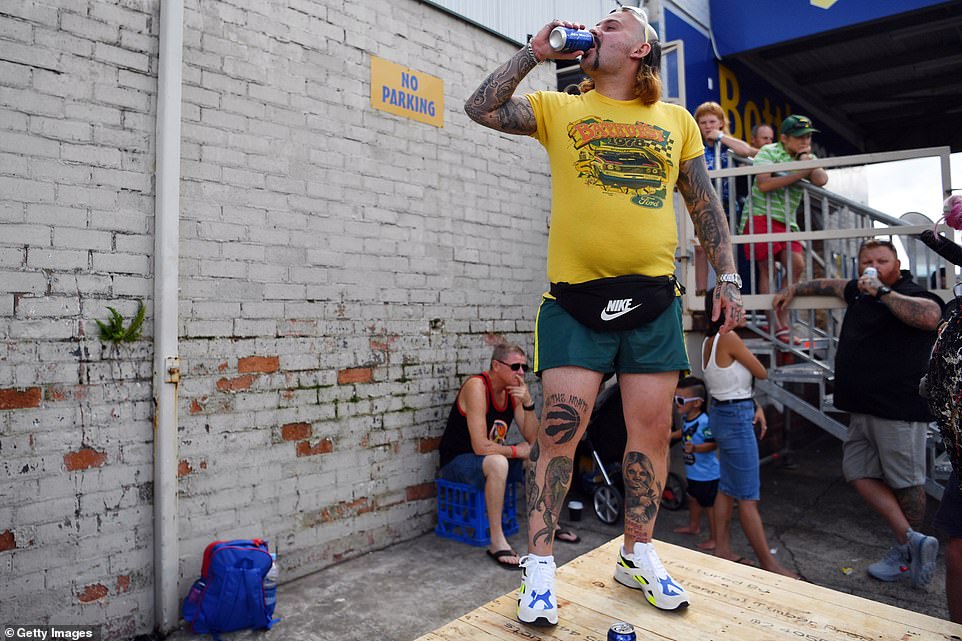 Dirk Ryder is snapped enjoying himself at the event on Saturday 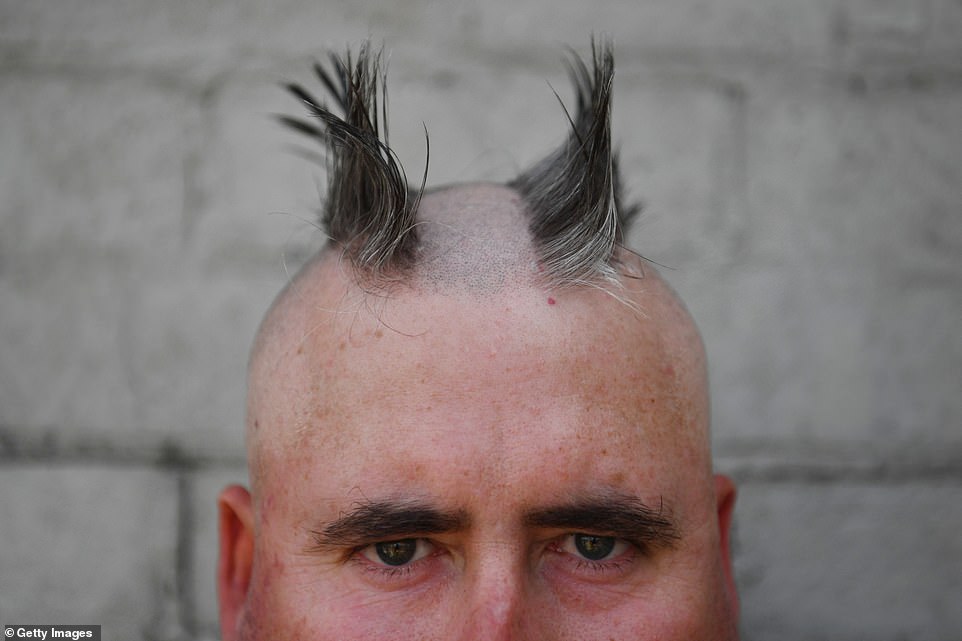 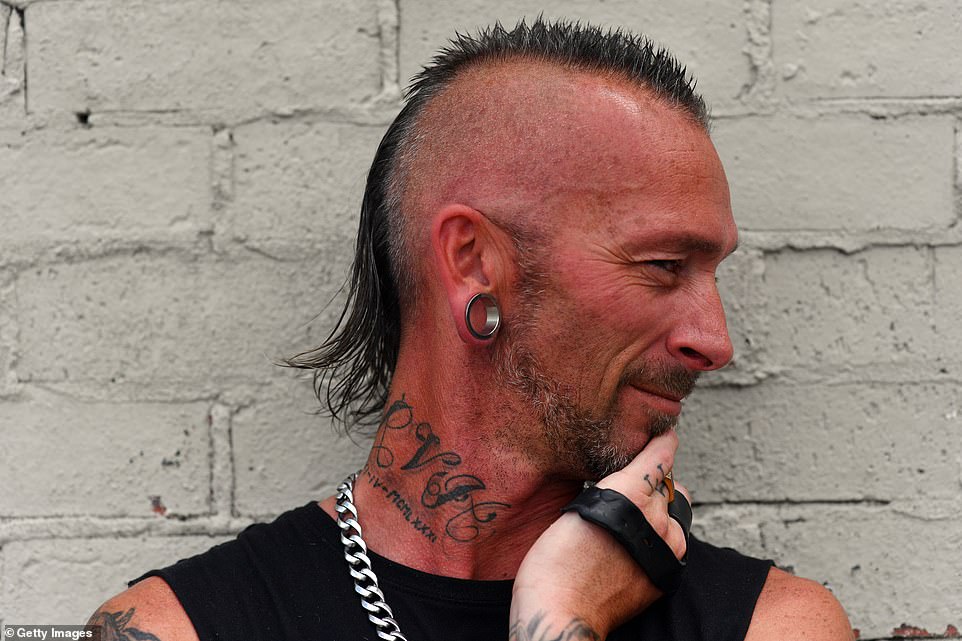 Rick Hutchison and his mullet in Kurri Kurri on Saturday 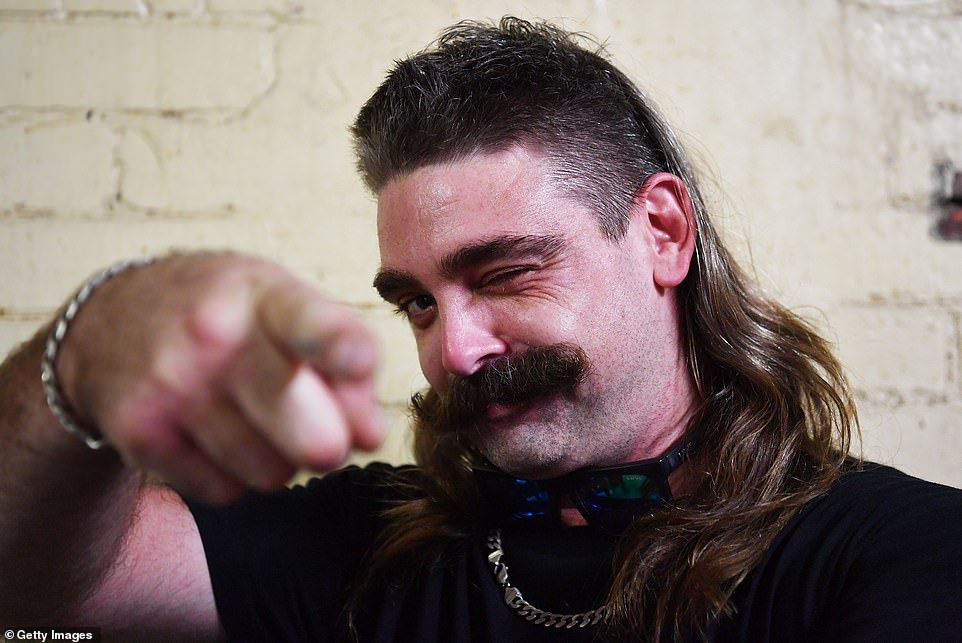 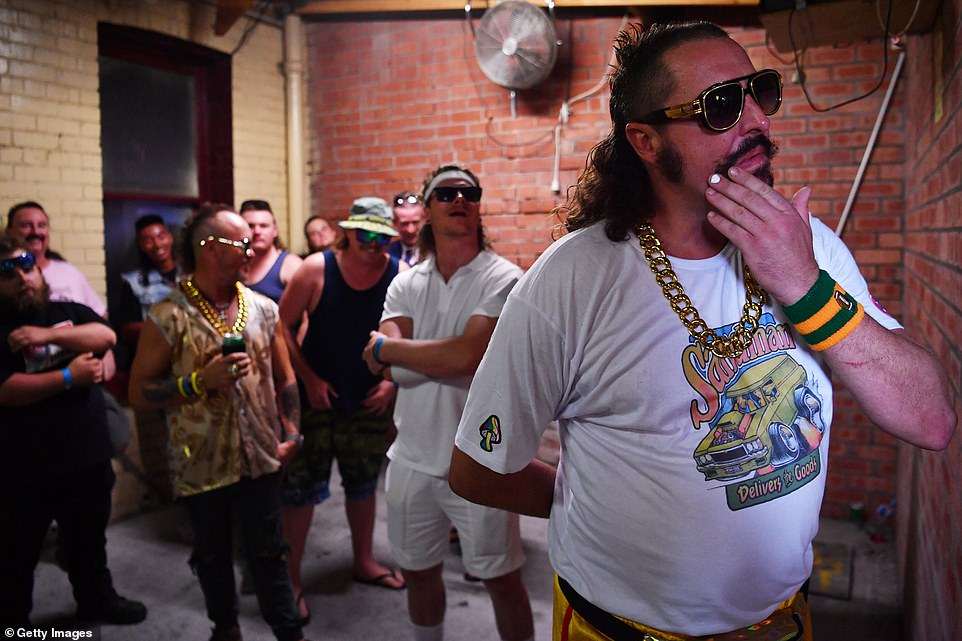 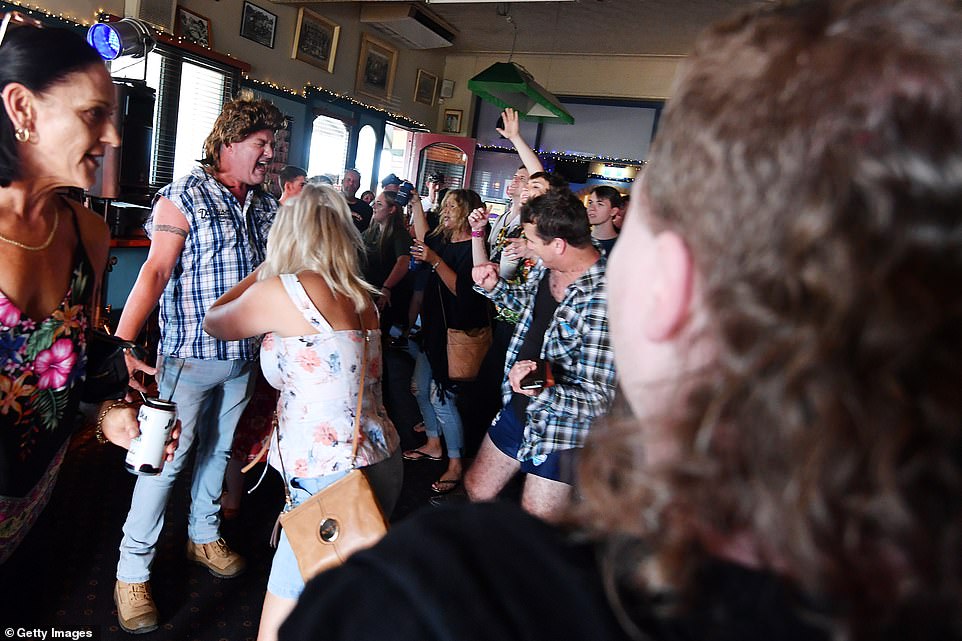 Revellers enjoy a boogie during the Mulletfest in Kurri Kurri, New South Wales, on Saturday 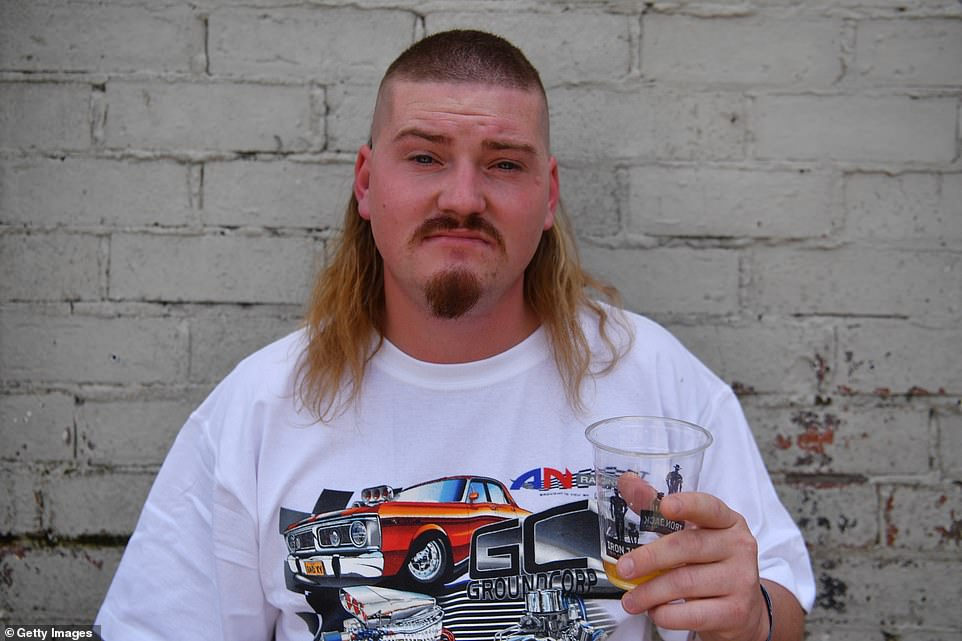 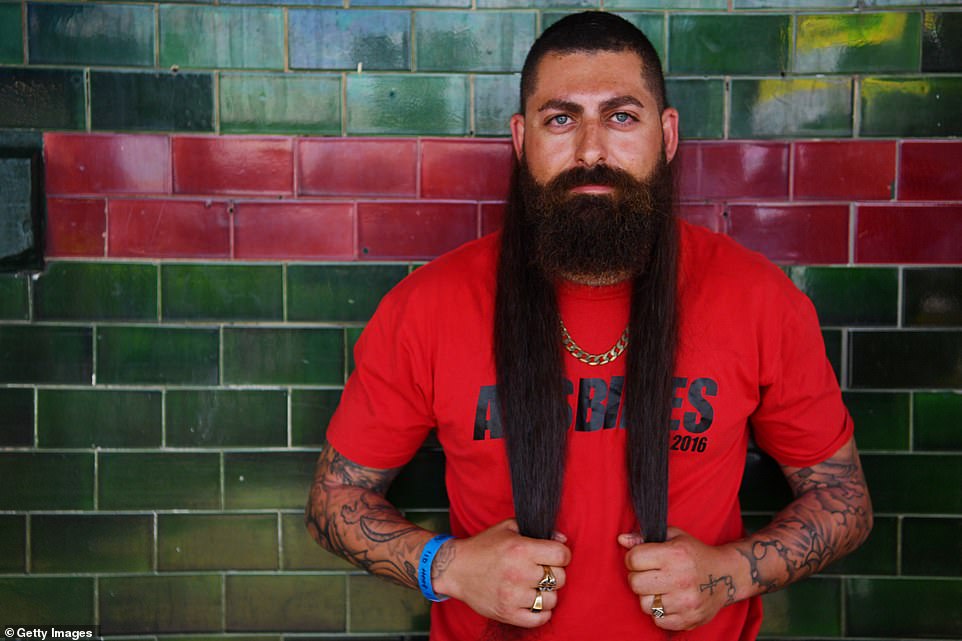