And Jennifer Lopez led the way for this year’s show while rocking a plunging top with a skirt, highlighting her incredible figure.

Jennifer, 52, dazzled in the very low-cut top, which featured a zip detail along her midriff; the risque number which showcased her ample cleavage.

The superstar paired the racy leather piece with a black maxi skirt, revealing her pert derriere.

The mother of two wore her long hair loose and in waves with shimmery eye makeup and pink lipstick to finish off her glamorous look.

Va va voom: Jennifer, 52, dazzled in the very low-cut top, which featured a zip detail along her midriff; the risque number which showcased her ample cleavage

Chrishell. 40, looked stunning in a busty bralette top, paired with high-waisted trousers that feature a sheer accent along the sides, revealing her thong string.

The Selling Sunset star paired the racy set with a silver handbag, strappy heels and her golden hued hair loose and in waves.

The actress and reality star’s girlfriend G-Flip also walked the red carpet but separately; the duo were seen ‘making out like crazy’ at the pre-tape for the MTV Movie & TV Awards: Unscripted, according to a source that told Dailymail.com 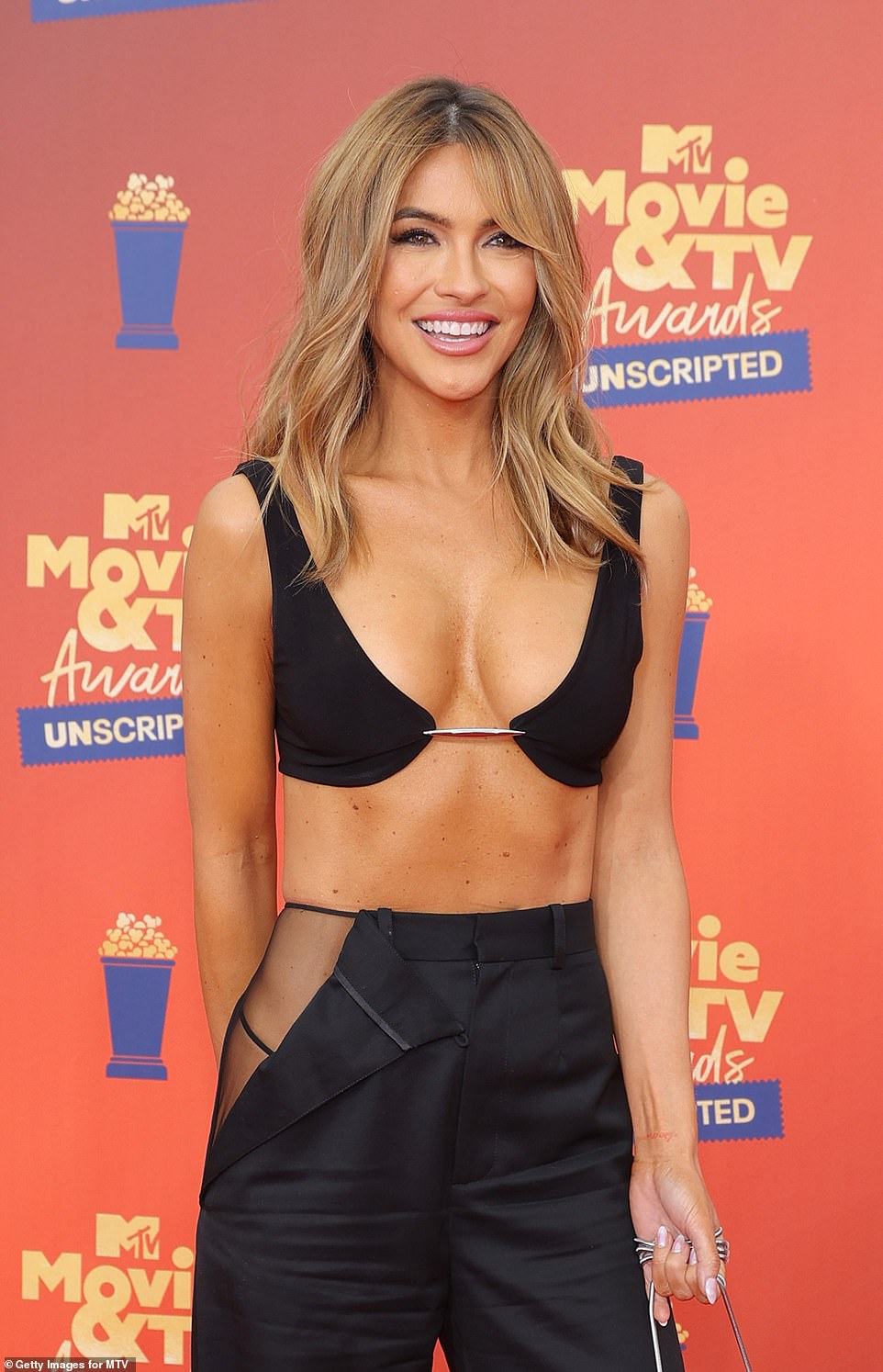 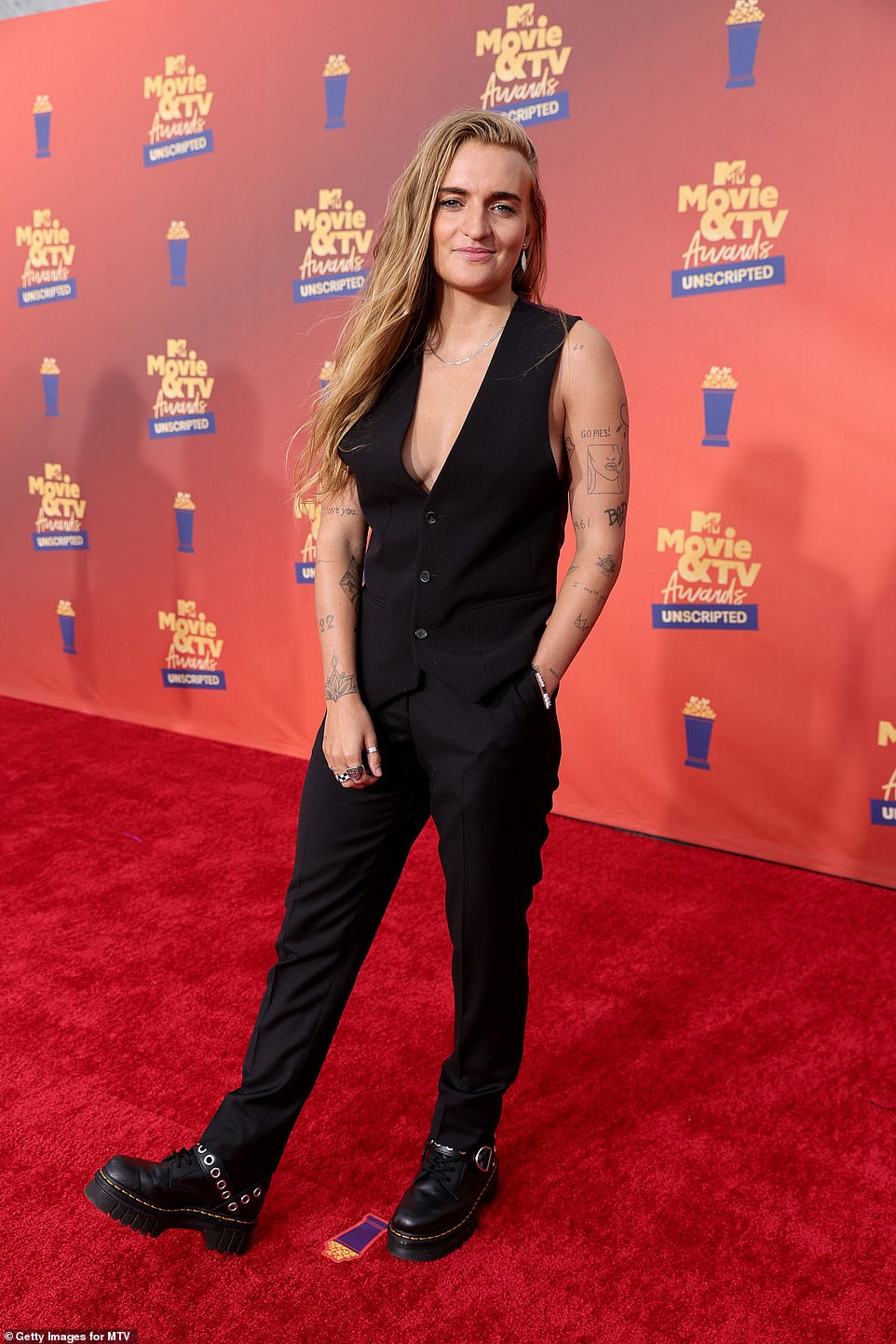 Love interest: The actress and reality star’s girlfriend G-Flip also walked the red carpet but separately; the duo were seen ‘making out like crazy’ at the pre-tape for the MTV Movie & TV Awards: Unscripted, according to a source that told Dailymail.com

Euphoria star Sydney Sweeney, 24, channeled the 2000s with her striking outfit with a low-cut crystal mini skirt with a matching bra, adding a cropped button-up top.

The TV star sported sparkling platforms with smokey eye makeup and wavy blonde tresses to round out her stylish look. 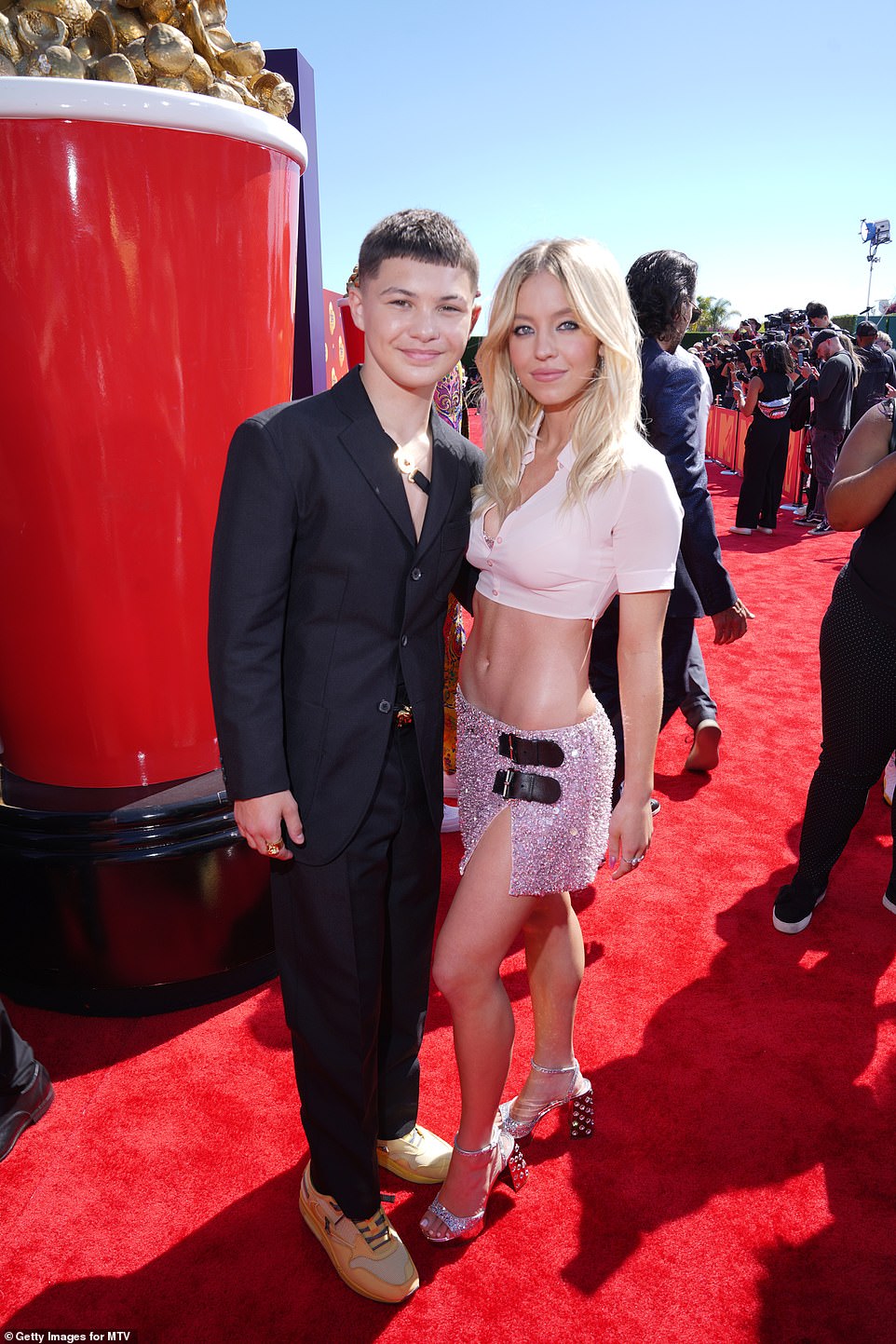 Stunner: The TV star sported sparkling platforms with smokey eye makeup and wavy blonde tresses to round out her stylish look; seen with Javon Walton

The reality star added silver fingerless gloves and a statement diamond necklace to round it out.

Vanessa Hudgens hosted the original version of the bash, while The Bachelorette star Tayshia Adams hosted the second part of the night, honoring the great and the good of reality television. 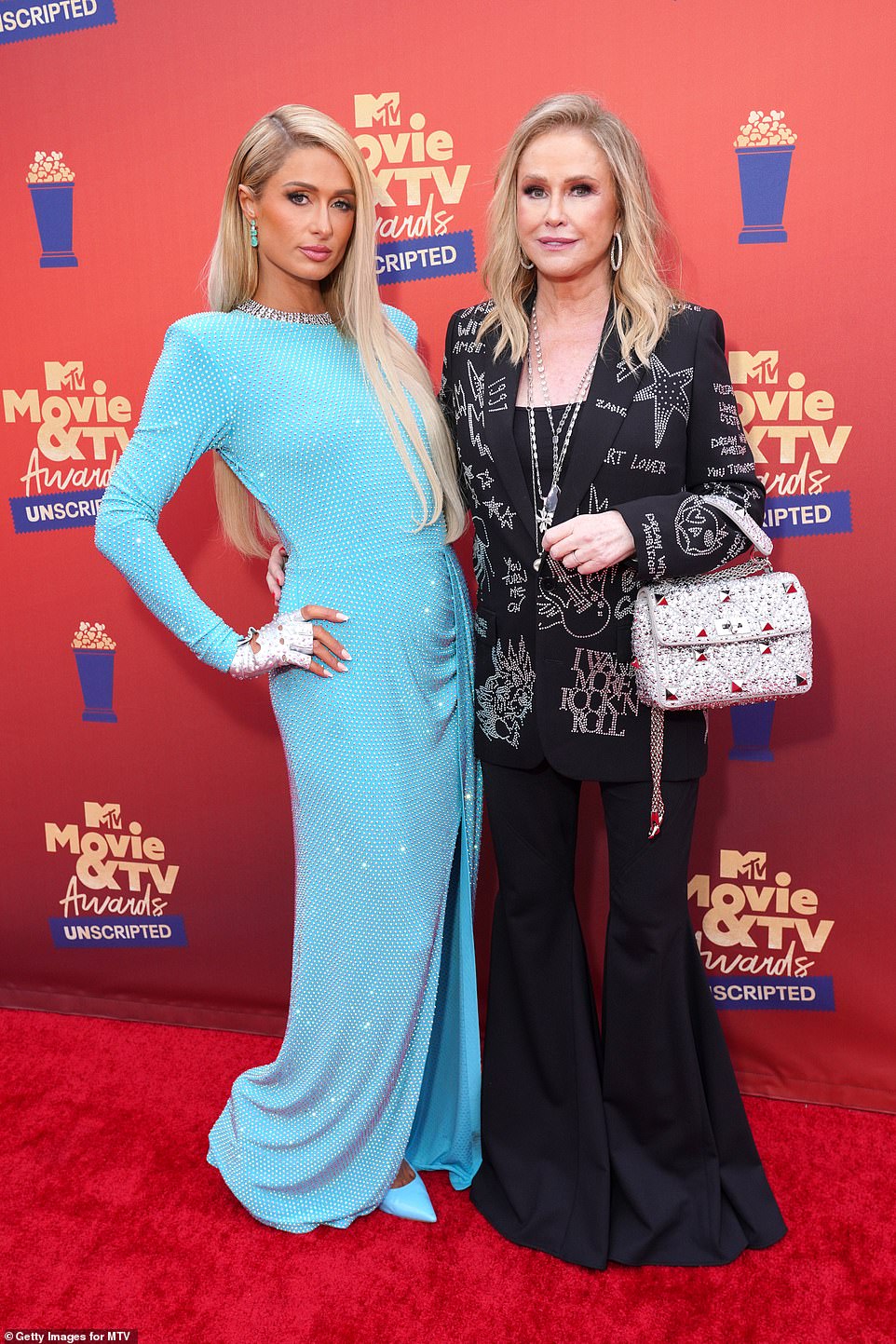 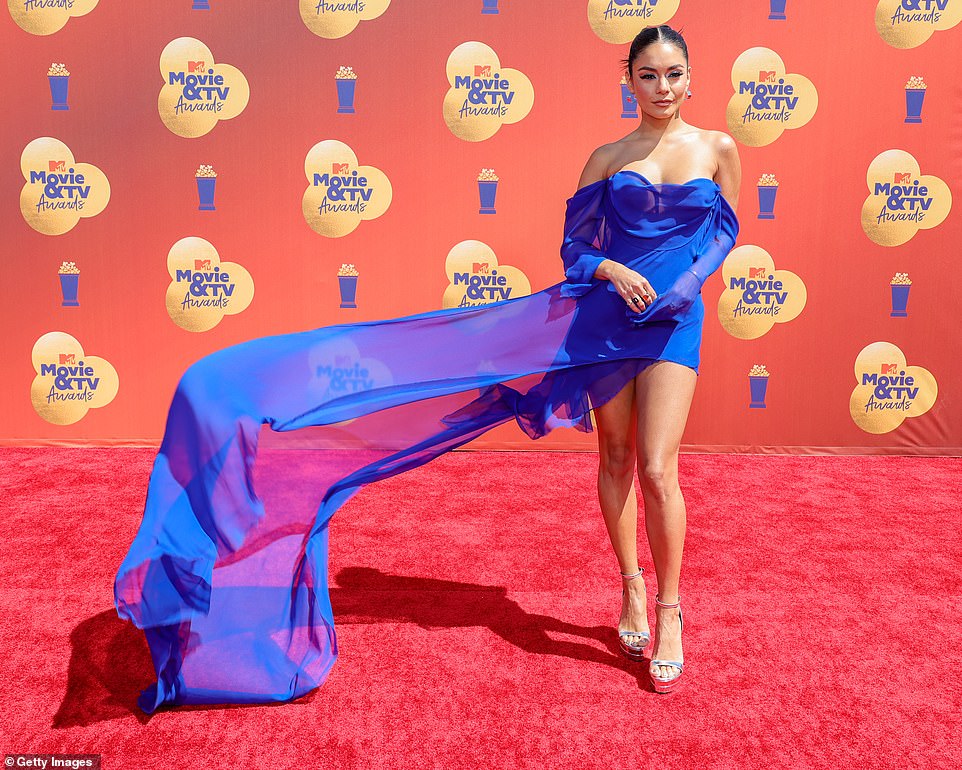 Gorgeous: Vanessa Hudgens showcased her legs in an off-the-shoulder electric blue dress with a sheer train 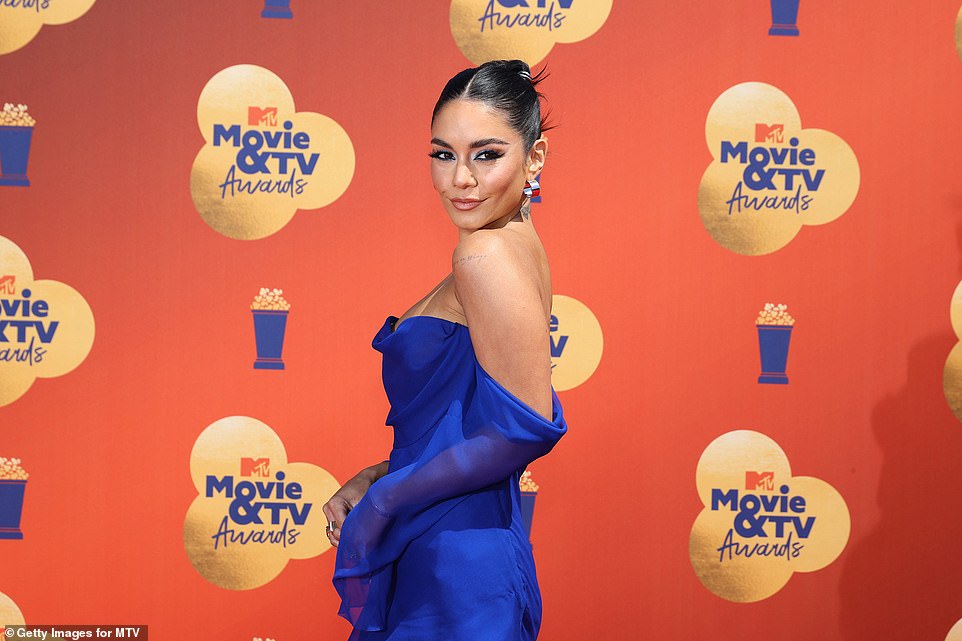 Blockbusters Spider-Man: No Way Home and The Batman, as well as the hit show Euphoria lead the pack with multiple nominations for the main event.

Spider-Man: No Way Home leads with seven nominations, Euphoria has six and The Batman has received four.

The Movie & TV Awards debut two new categories this year, Best Song and Here for the Hookup – a nod to some of TV’s raciest shows that of course includes Euphoria.

RuPaul’s Drag Race is the top nominated show this year with four nods, and its most recent winner Willow Pill has found herself up for Best Reality Star. 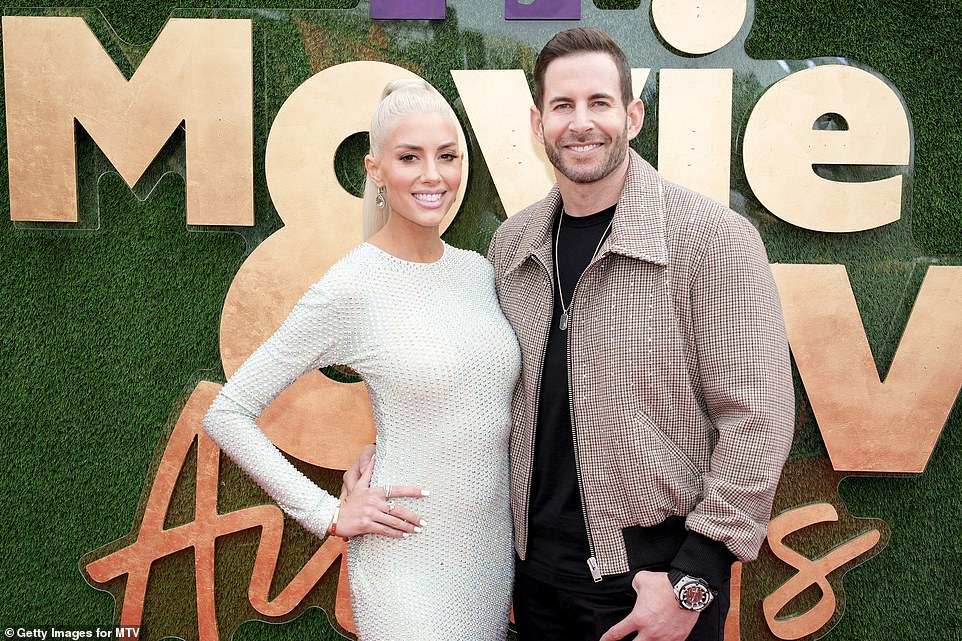 Beaming: Heather Rae El Moussa and Tarek El Moussa posed up a storm together on the red carpet 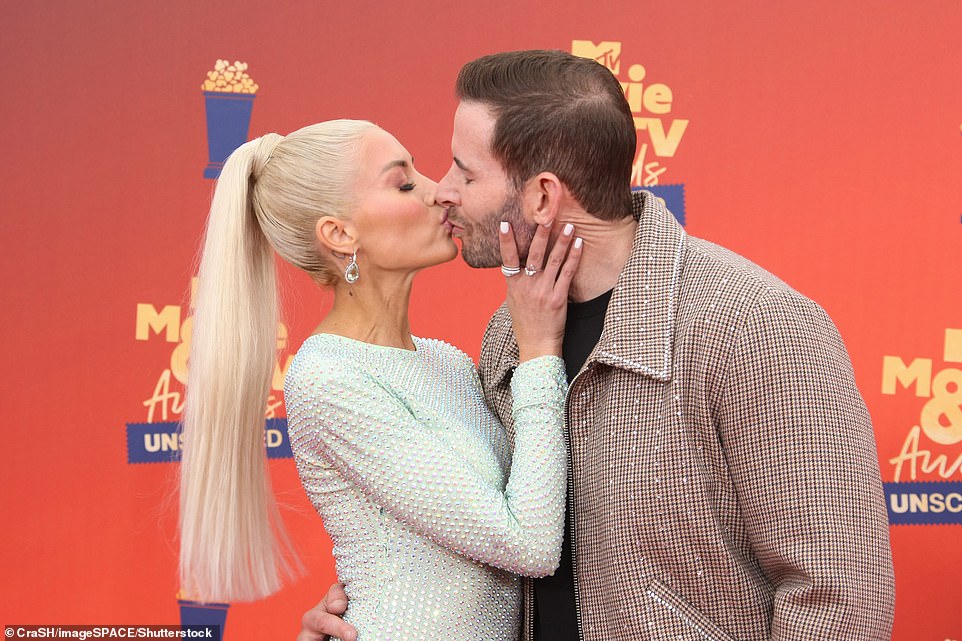 Kiss kiss: Newlyweds Heather and Tarek shared a kiss on the red carpet 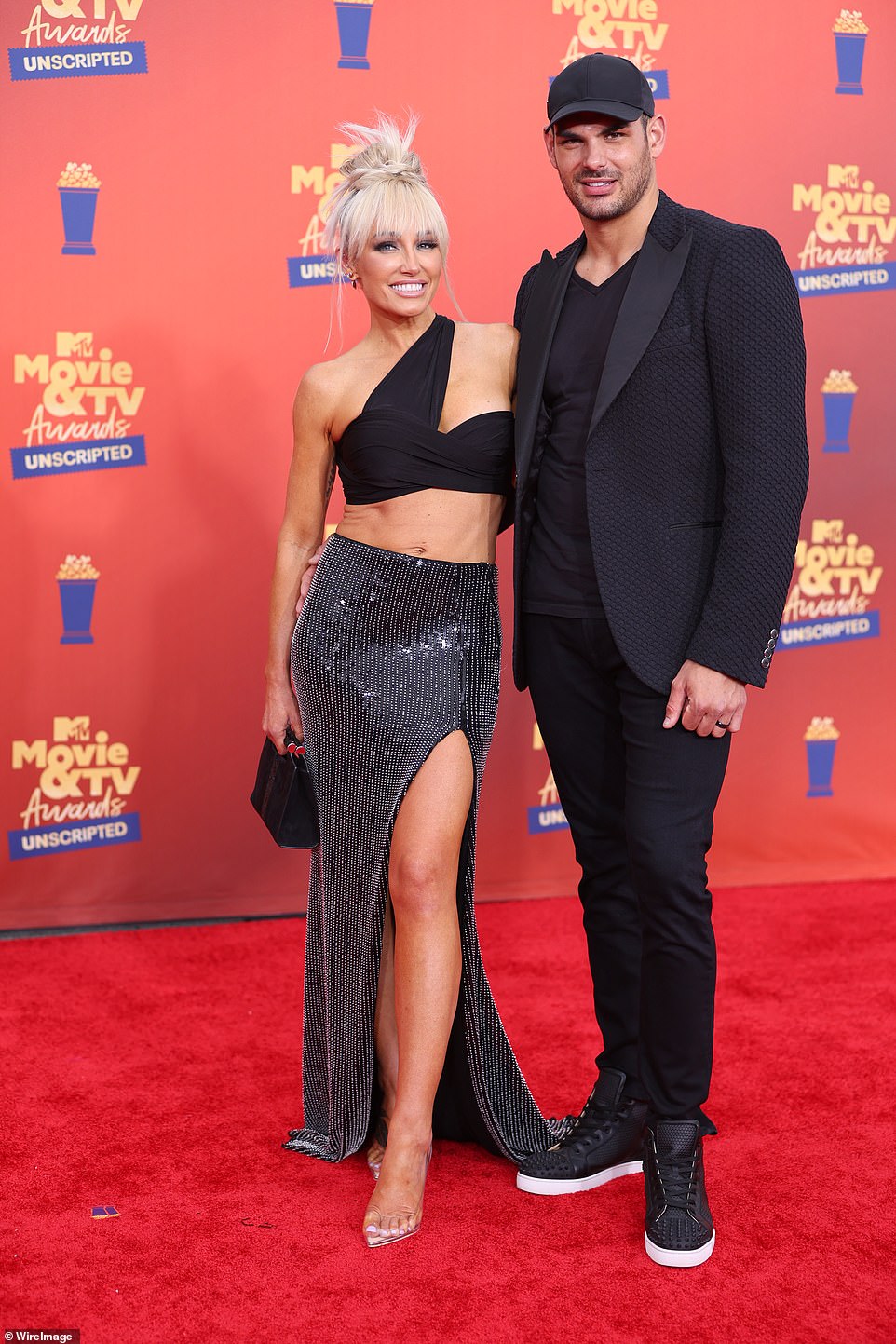 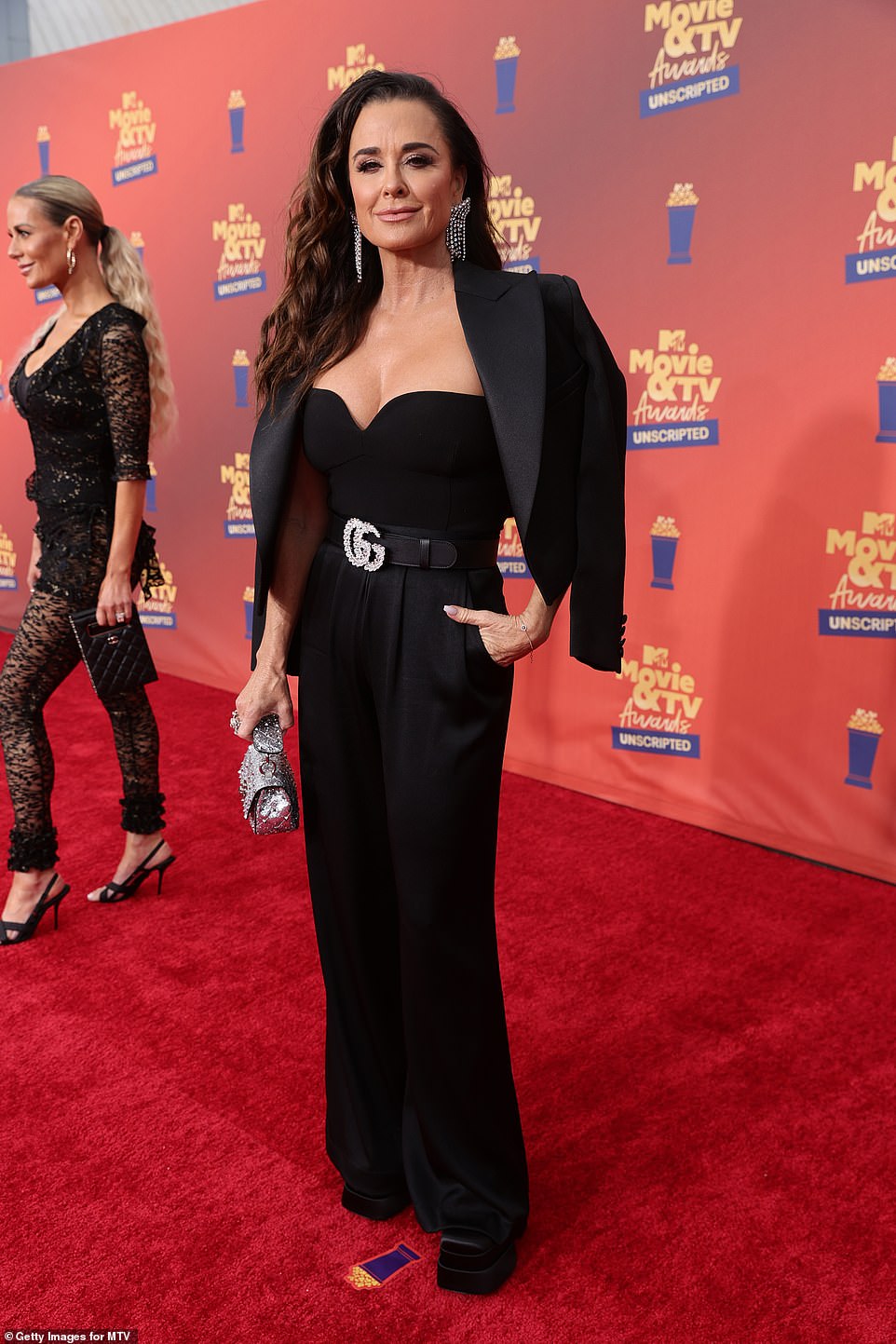 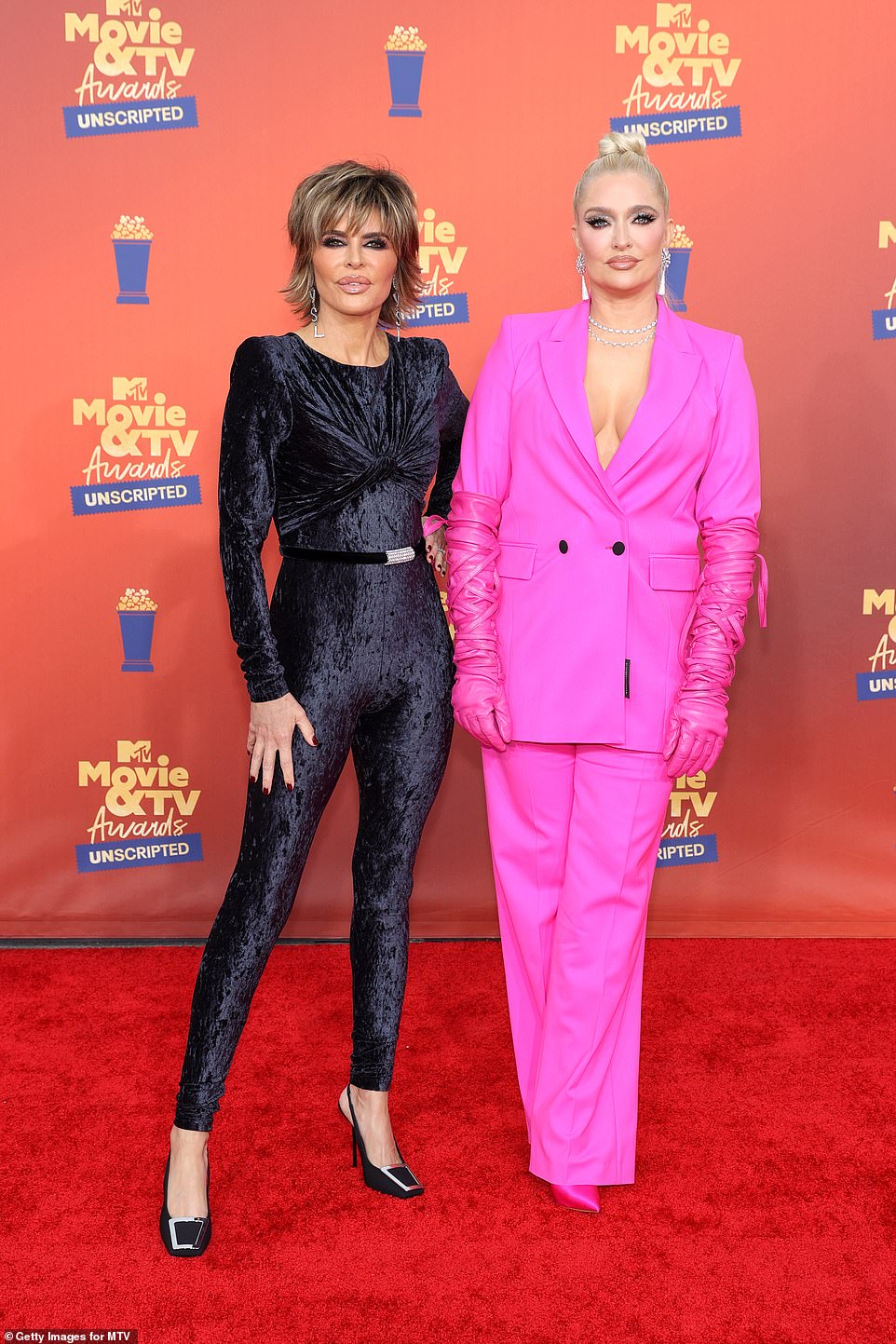 However, Willow certainly faces some stiff competition as the drag queen is up against Chrishell Stause from Selling Sunset, and RHONJ’s Teresa Giudice.

Both Selling Sunset and Summer House have three nominations each. 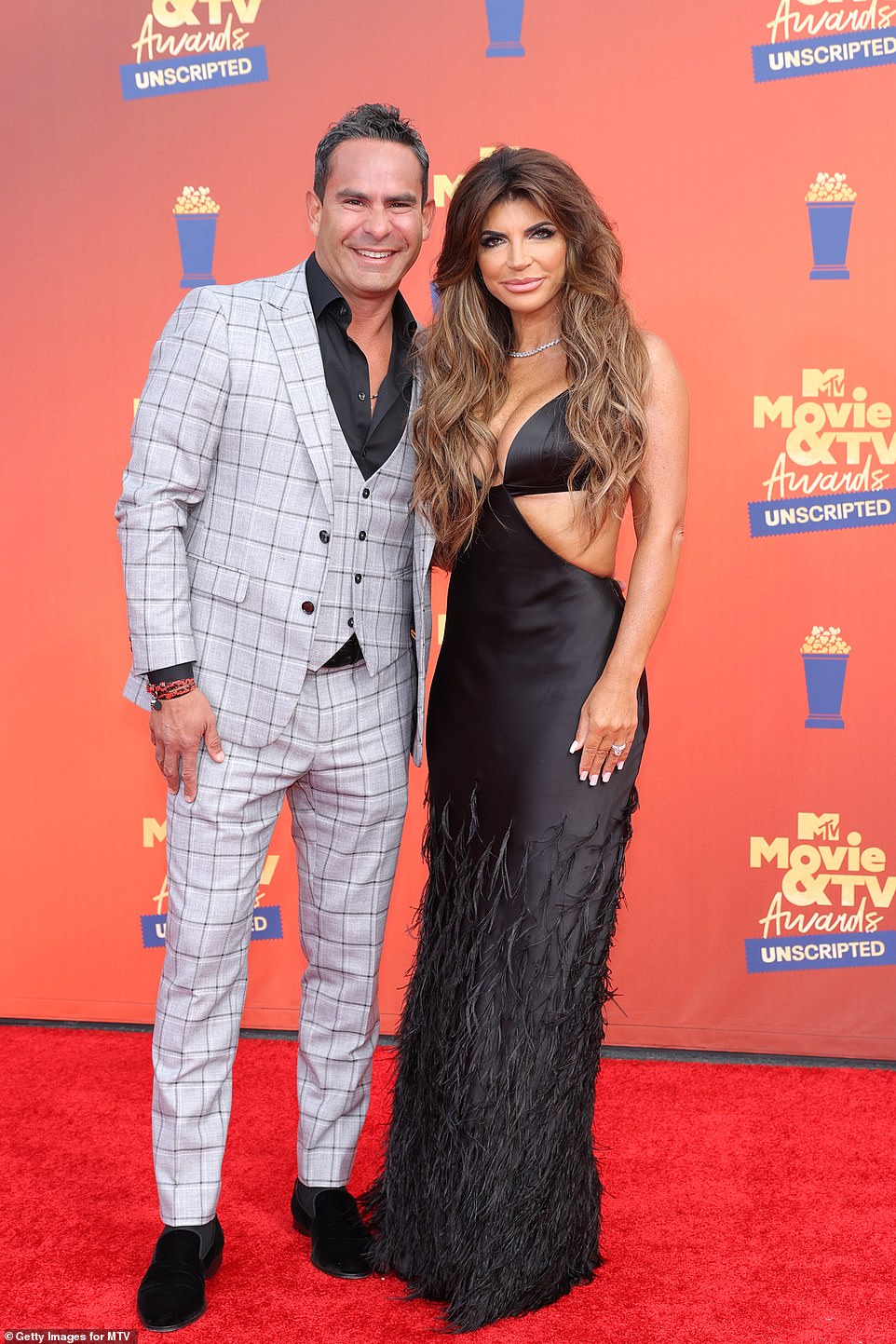 Good times: Teresa Giudice and her fiance Louie Ruelas struck a pose on the red carpet as well 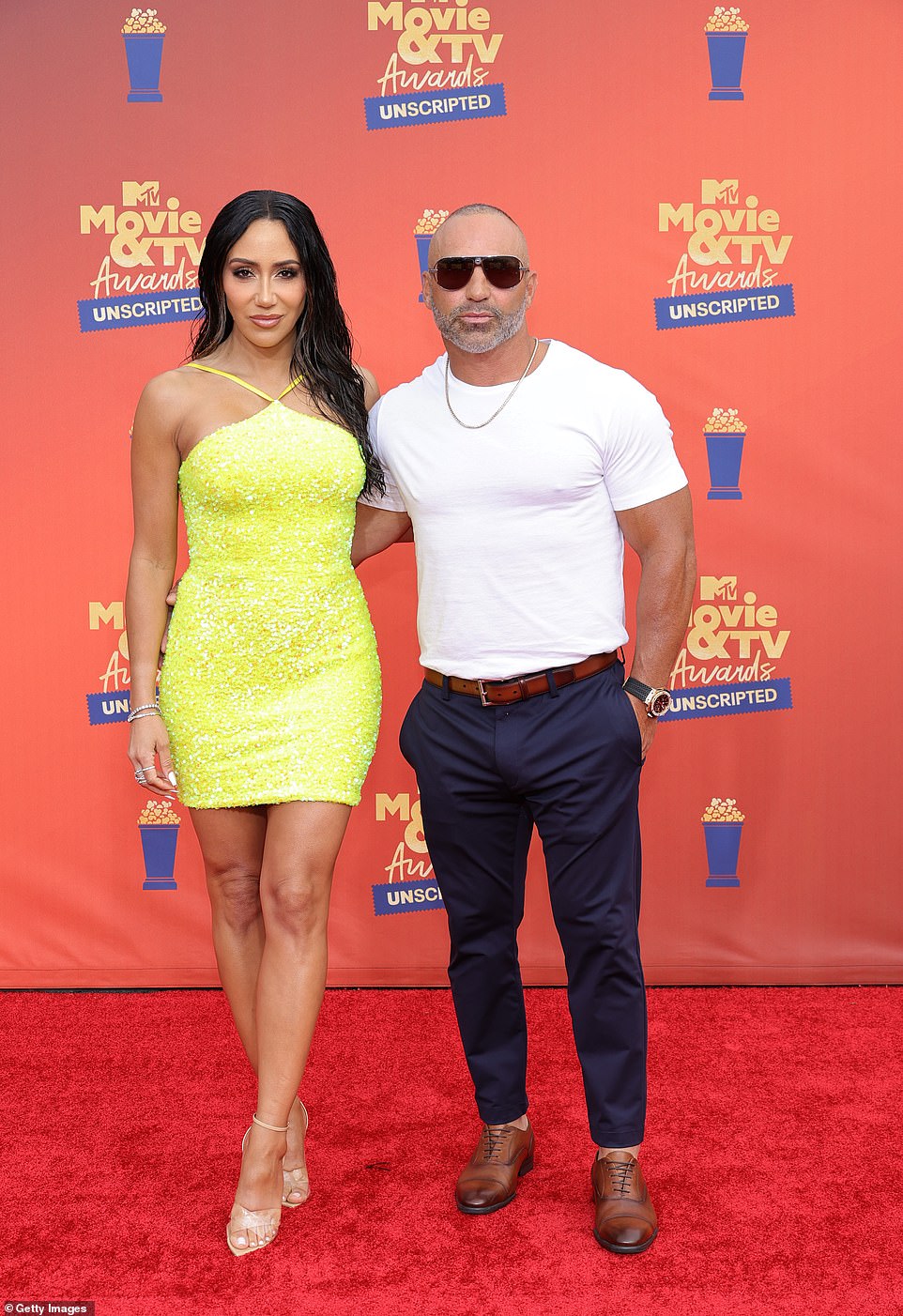 Meanwhile, the Unscripted part of the show will see presenters including Lisa Rinna, Erika Jayne, Nicole Richie, and Teresa Giudice.

While both were filmed on the same night at the Hollywood Palladium, they were broadcast on separate dates.

This time around, the two events are taking place live at the Barker Hangar in Santa Monica, California. 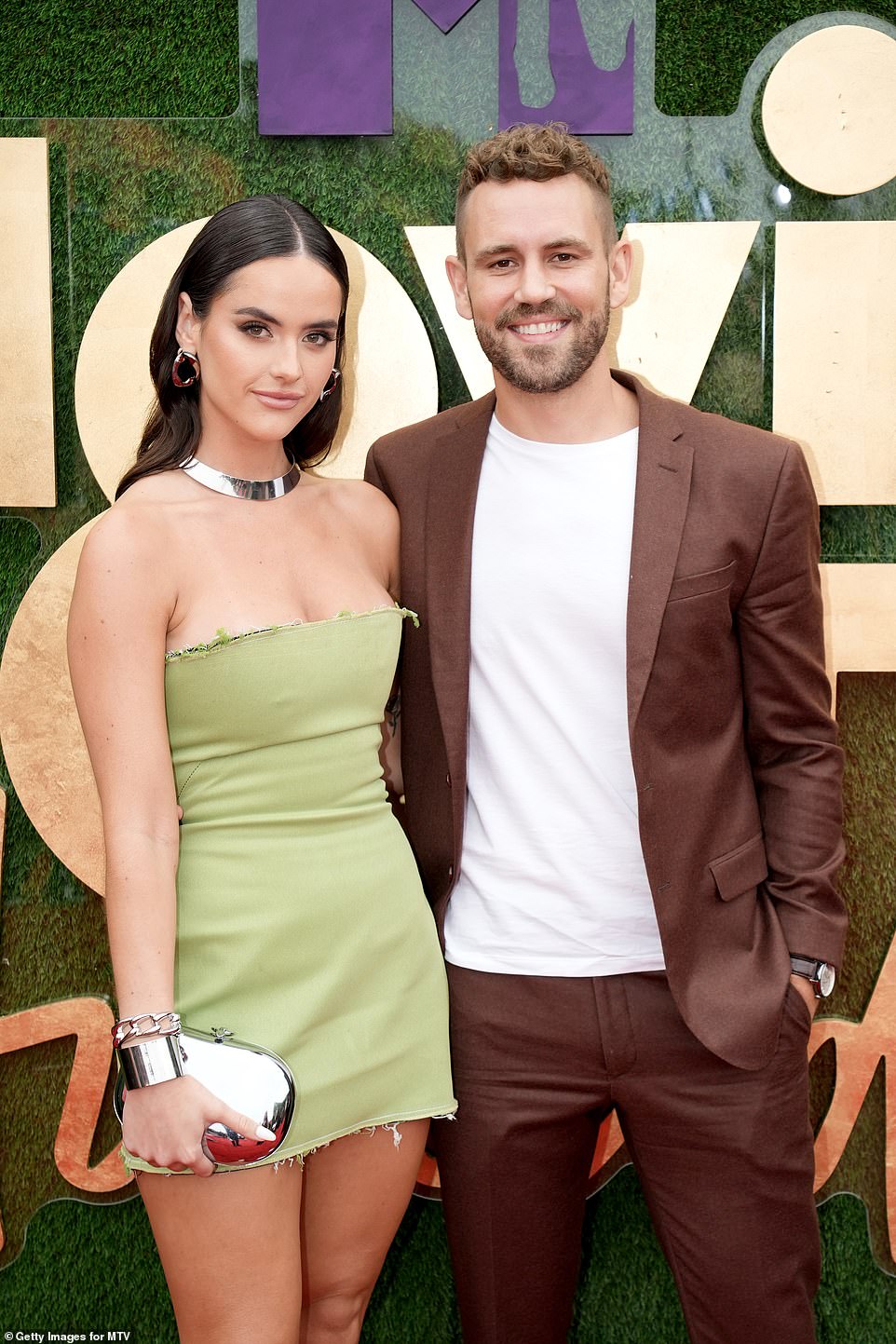 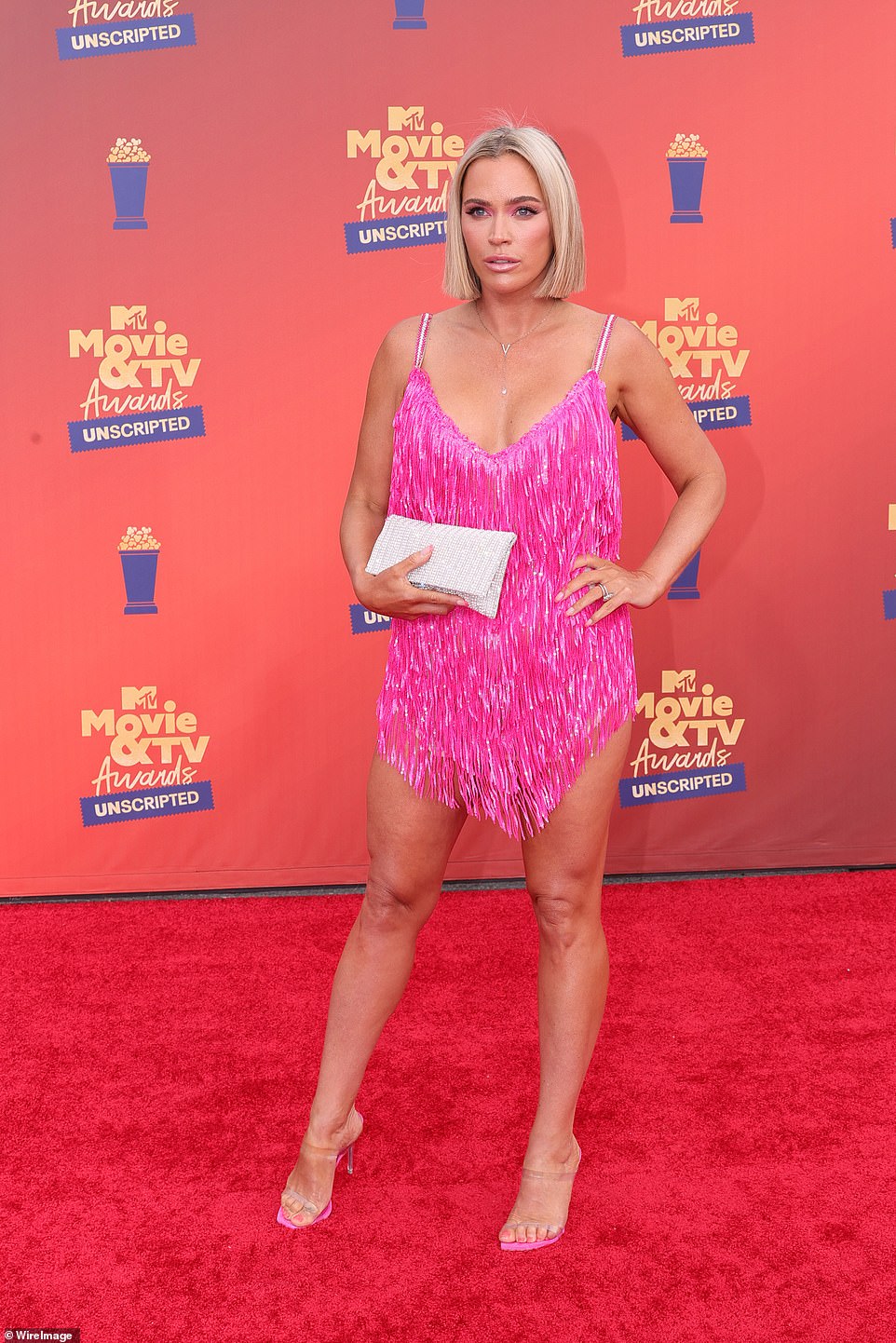 Shang-Chi and the Legend of the 10 Rings 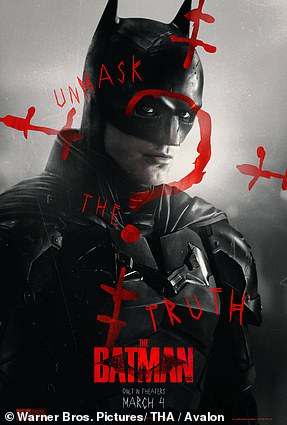 BEST PERFORMANCE IN A MOVIE

BEST PERFORMANCE IN A SHOW

Daniel Craig – No Time to Die

Simu Liu – Shang-Chi and the Legend of the Ten Rings 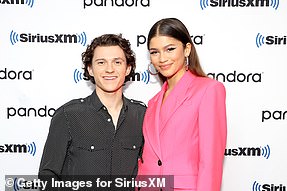 The Beatles: Get Back

HERE FOR THE HOOKUP

Never Have I Ever

“Here I Am (Singing My Way Home)” – Jennifer Hudson / Respect

The Real Housewives of Beverly Hills

Dancing with the Stars 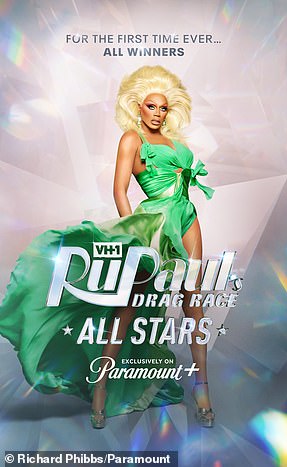 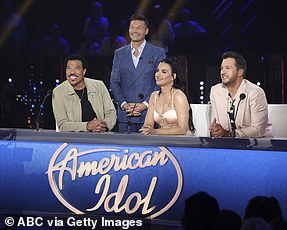 Queen of the Universe

BEST REALITY STAR (brought to you by SONIC® Drive-In)

The Daily Show with Trevor Noah

The Late Show with Stephen Colbert

Paris Hilton, Cooking With Paris and Paris in Love – WINNER

Sher, Sex On the Beach 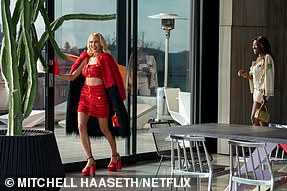