In a victory for the Daily Mail, they backed a Government amendment to the Agriculture Bill to reassure farmers.

It comes amid fears that a future trade deal with the US could lead to poor quality produce such as chlorinated chicken and hormone-treated beef, undermining high food standards in this country.

Farming minister Victoria Prentis also told the Commons that the Trade and Agriculture Commission would be put on a statutory footing to give it new powers.

‘This will ensure that our trade policy is examined in detail by key experts,’ she added. 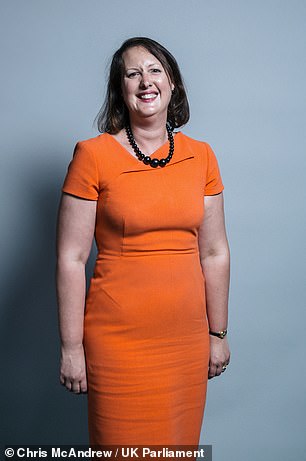 ‘The House asked for Parliamentary scrutiny of trade deals and I am delighted to provide it.’

The amendment requires ministers to report to Parliament on the impact of new trade deals on food, animal welfare and environmental standards.

Former Tory environment secretary Theresa Villiers told MPs: ‘The UK market for food and groceries is around the third largest by value in the world.

‘Greater access to it is a massive prize for any country.

‘We should not sell ourselves short.’