EXPRESS INFORMER > News & Politics > Movie World: Riders get STUCK on a ride after park was forced to close a series of attractions

Several people have become stuck on a Movie World Ride just hours after the theme park was forced to close a series of attraction due to a ‘fault’.

Passengers onboard the West Falls ride became trapped in carriages on Thursday afternoon after it stopped in the middle of its tracks.

It comes after the Gold Coast amusement park was forced to shut its Green Latern and Doomsday attraction on Wednesday morning so engineers could perform maintenance.

‘The safety of our guests is our highest priority and we have a dedicated engineering team who conduct rigid and comprehensive inspections on all attractions prior to opening each day,’ a Village Roadshow Theme Parks spokesman said.

‘During the engineering inspections at Movie World (Wednesday) morning, our team identified a fault on the Green Lantern and Doomsday attractions which required further discussion with the international ride manufacturers.’

The issues led to the two affected rides being closed on Wednesday, although they were expected to reopen later in the week.

The theme park also noted there were minor delays with the opening of the Superman Escape and Scooby-Doo rollercoasters on Wednesday. 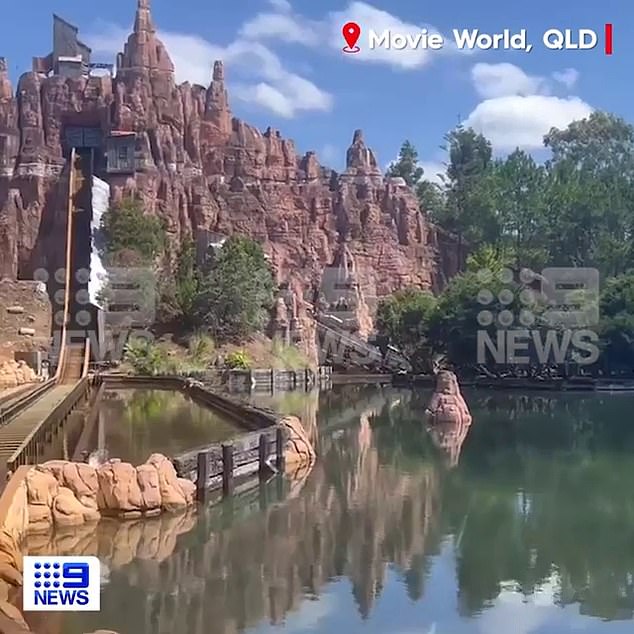