Brush while in a rush! Mouthguard-shaped device uses 35,000 bristles to clean your teeth in 10 SECONDS

While the American Dental Association recommends brushing your teeth for at least two minutes each time, data shows most people do a quick 45-second clean.

A French company has developed a toothbrush for those who do not adhere to expert advice – and it claims to clean teeth in 10 seconds flat.

Y-Brush is a mouthguard-shaped device with 35,000 nylon bristles that vibrate over teeth as users chew on the silicon tray and rotate it inside their mouth.

The device was showcased at this week’s Consumer Electronics Show in Las Vegas, but it can also be purchased on Amazon for $89.99.

Y-Brush is a toothbrush that looks like a mouthguard. The company claims it uses supersonic vibrations to clean teeth in 10 seconds

On Tuesday night, the show kicked off with media previews from just some of the 3,000 companies signed up to attend. CES officially opens Thursday.

Y-Brush does not claim to be more effective than leading toothbrushes but touts itself as a way to brush in a rush.

Users place the device in their mouth, activate it and let the thousands of bristles go to work.

Once done with one set of teeth, the same process is repeated with the other half. 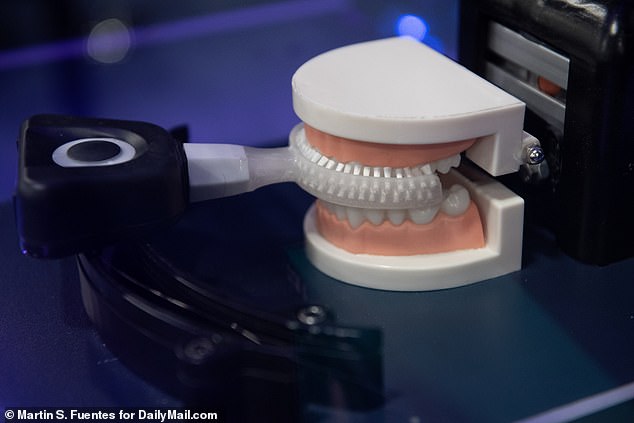 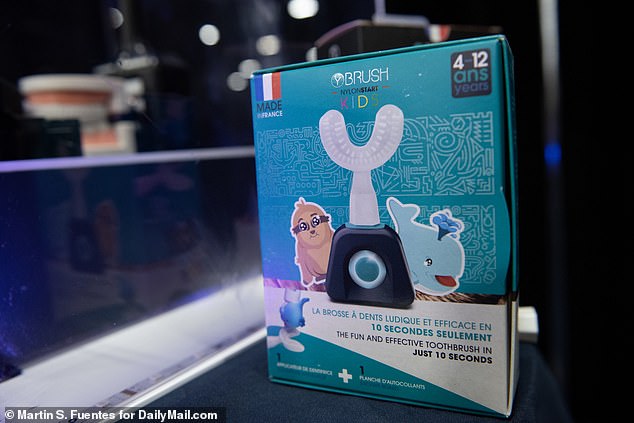 Y-brush is available in adult and children sizes and has three months of battery life.

And while the company states it takes only 10 seconds, brushing an entire mouth of teeth can take up to 30 seconds – it takes 10 seconds to clean one set at a time.

Y-brush is available in adult and children sizes and has three months of battery life.

While this toothbrush may seem bizarre, another gadget showcased at CES may take the cake. 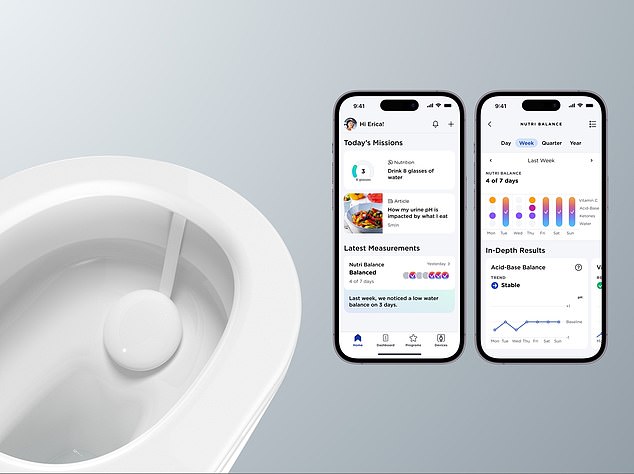 A company debuted a smart device that sits in a toilet to monitor your metabolic and reproductive health when you urinate on it.

Withings, known for its smartwatches, has branched out with its latest product, dubbed the U-Scan.

It is described as a ‘miniaturized health lab that hygienically sits within any toilet bowl,’ sending the results to an app on your phone.

The device comprises two parts – a reader and a replaceable cartridge containing a thermal sensor to differentiate between urine and toilet water.