Firefighters in California rescued an orphaned mountain lion cub last month that was burned as a result of the Zogg Wildfire and required medical attention at a local zoo.

Captain Cal, named after Cal Fire’s mascot, was discovered on September 30 in an area that the fire had blazed through. He is believed to only be four to six weeks old, the Oakland Zoo shared in a release.

Captain Cal, an orphaned cub believed to be four to six weeks old, was found on September 30 in an area where the Zogg Wildfire blazed through

Vets with the CDFW sought help from veterinarians from the Oakland Zoo, who received the cub on the night of October 1. The CDFW has been working tirelessly to save animals impacted by the wildfires devastating the state.

‘We are so grateful for the Oakland Zoo’s expertise, world-class facilities and willingness to step up – on extremely short notice – to help wildlife in need,’ said CDFW’s senior wildlife veterinarian Dr. Deana Clifford.

‘Partnerships like this are absolutely critical to our state’s efforts to provide emergency care. California’s wildfires are erupting on a scale that we’ve never seen before, and we expect that we’ll have more burn patients than we have the capacity to treat in our own veterinary facility.’

‍’Unfortunately, a lion this size is too small to be released back into the wild, but we are hopeful that under the Zoo’s care, it will get a second chance as an ambassador for its species.’ 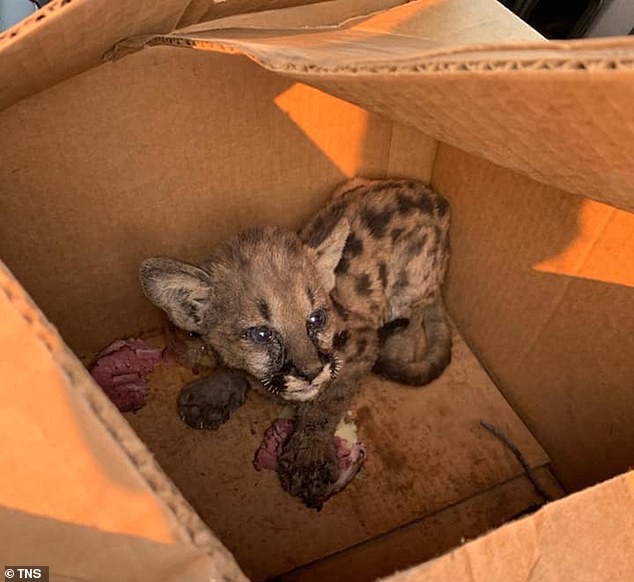 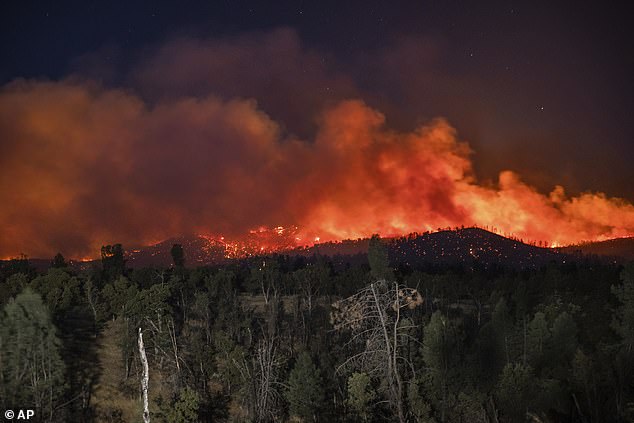 Flame are visible from the Zogg Fire on Clear Creek Road near Igo, California 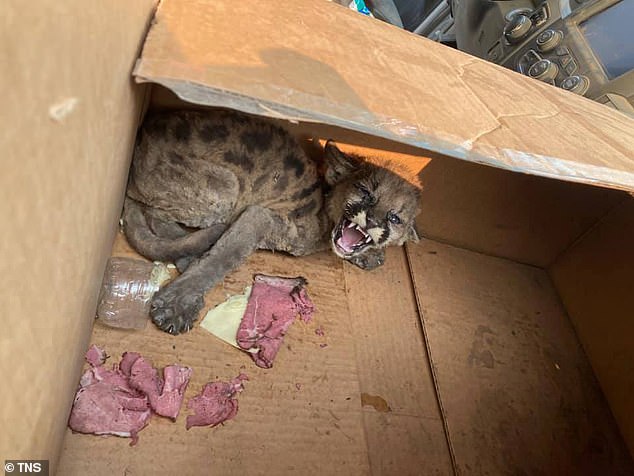 Vets with the CDFW sought help from veterinarians from the Oakland Zoo, who received the cub on the night of October 1

Dr Lynette Waugh of the Oakland Zoo, along with staff, examined and began treatment for Captain Cal.

The young cub weighed only 3.75lbs and was badly burned on his paws. Captain Cal’s whiskers were completely singed off and the young cub had severe irritation to his eyes,

Captain Cal was given antibiotics, supportive fluids, pain medication and was fed milk formula through a syringe.

X-rays conducted by the zoo found that the young cub did not have damage to his lungs from smoke inhalation and bone damage to his paws.  As of October 2, the cub was eating on his own. 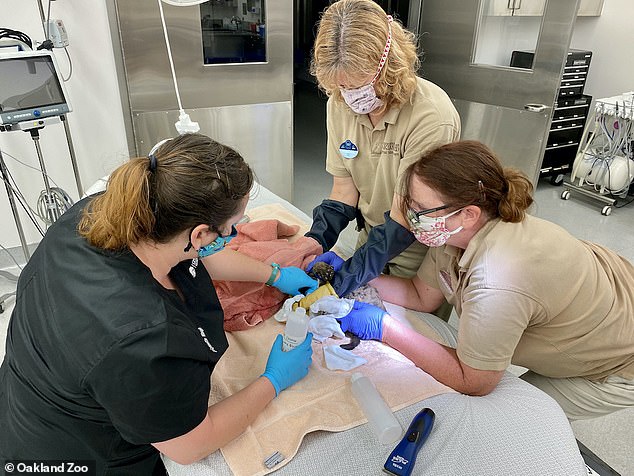 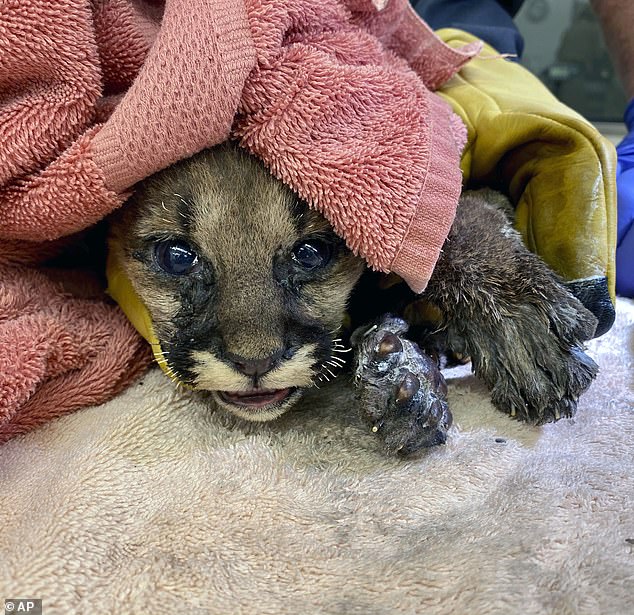 The young cub weighed only 3.75lbs and his whiskers were completely singed off. Captain Cal also had severe irritation to his eyes, 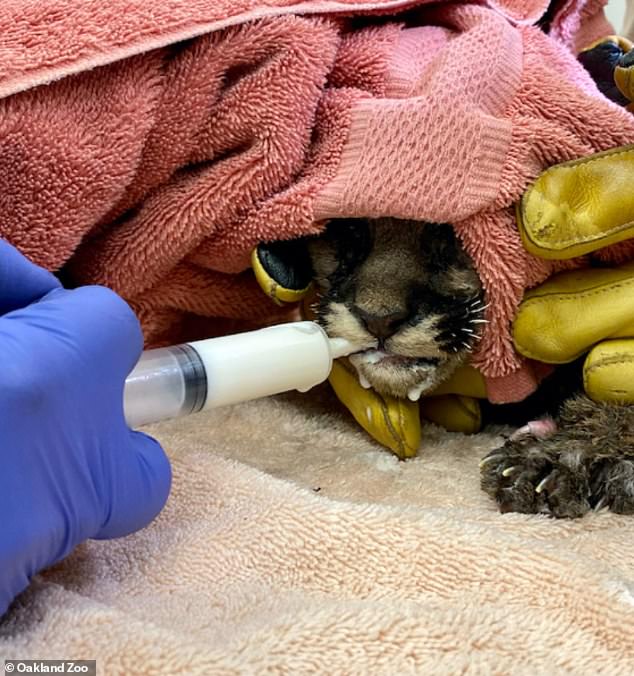 Captain Cal was given antibiotics, supportive fluids, pain medication and was fed milk formula through a syringe

‘We’re grateful to be part of this amazing little cub’s rescue and rehabilitation. It’s an amazing effort between Cal Fire, the Shasta County Sheriff’s Department, and of course our partners at the California Department of Fish & Wildlife,’ said Dr. Alex Herman, Director of Oakland Zoo’s Veterinary Hospital. 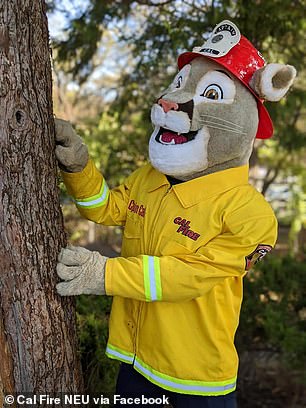 Dr Herman added: ‘In the past two years, this marks our thirteenth mountain lion cub rescue for Oakland Zoo in partnership with CDFW. We’re cautiously optimistic that this cub will now survive and thrive, our dedicated team at Oakland Zoo is fully committed to do everything we can for him and for his beautiful species.’

Mountain lions in California face a number of threats beyond wildfires. The predators are often struck by cars and illegal poached, putting them in conflict with humans living in urban areas and development.

In the wilds, cubs stay with their mothers until they are around two years of age to learn skills in order to survive.

Captain Cal will be housed in a forever home once he leaves the zoo’s veterinary hospital, as he is too young to learn survival skills needed for the wild.