Jason Dupasquier has died at the age of 19 following the Swiss’ horror crash in qualifying for the Mugello Grand Prix, Moto GP have confirmed.

The Moto3 rider was taken to hospital in Florence on Saturday for checks after a huge crash over the crest at turn nine.

But now a statement 24 hours on from the incident has confirmed that ‘despite the best efforts’ of all involved, Dupasquier has died in hospital as a result of the injuries he suffered. 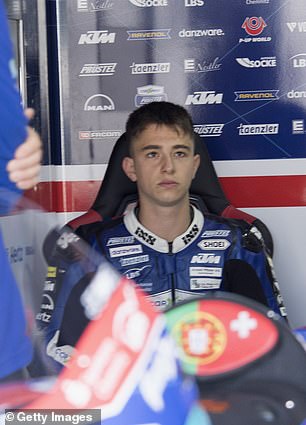 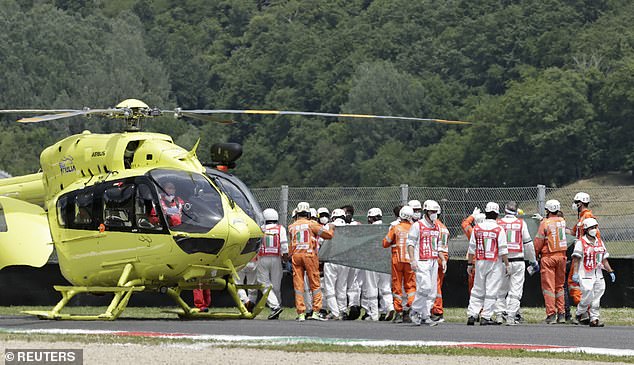 ‘Following a serious incident in the Moto3 Qualifying 2 session at the Gran Premio d’Italia Oakley, it is with great sadness that we report the passing of Moto3 rider Jason Dupasquier,’ it read.

‘Dupasquier was involved in a multi-rider incident between Turns 9 and 10, with the session Red Flagged thereafter.

‘FIM Medical Intervention Vehicles arrived at the site immediately and the Swiss rider was attended to on track before being transferred by medical helicopter, in a stable state, to Careggi Hospital in Florence.

‘Despite the best efforts of circuit medical staff and all those subsequently attending to the Swiss rider, the hospital has announced that Dupasquier has sadly succumbed to his injuries.’ 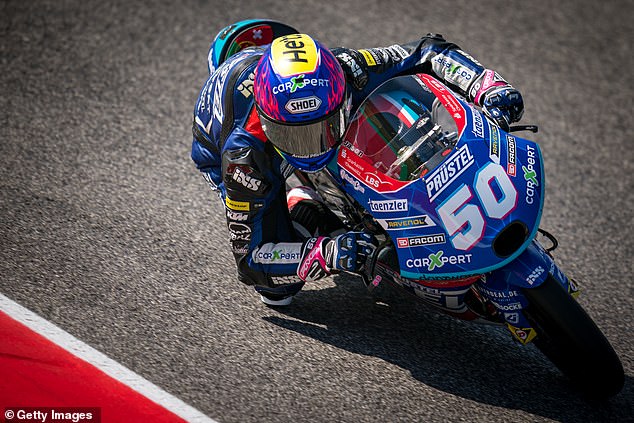 ‘The FIM, IRTA, MSMA and Dorna Sports pass on our deepest condolences to Dupasquier’s family, friends, team and loved ones.’

Dupasquier had made an impressive start to his second season in the lightweight class of Grand Prix racing, consistently scoring points and within the top ten in the standings.

But everything came to a sudden halt on Saturday when he lost control and fell off his bike before being struck by Ayumu Sasaki who had no time to avoid the impact and was sent flying off his own machine.

Jeremy Alcoba was caught up in the aftermath of the crash as he also arrived unsighted, but Moto GP have since confirmed he and Sasaki are okay.

Posting on Facebook, Dupasquier’s Prustel GP team wrote: ‘It’s with the heaviest of hearts that we announce the passing of Jason Dupasquier.

‘We’re devastated, and at this time all of our thoughts are with Jason’s family. You’ll be sorely missed and never forgotten, Jason.’ 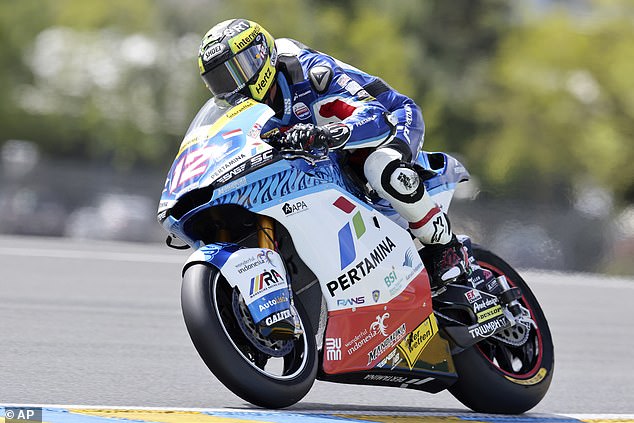 ‘We extend our heartfelt condolences to his family, loved ones, and the PrüstelGP team.’

Dupasquier’s Prustel GP team had confirmed prior to the announcement that they will not participate in the Grand Prix on Sunday afternoon.

Dupasquier’s compatriot and fellow rider Thomas Luthi has also ‘decided not to race at the Italian GP today and is going to be close to Jason Dupasquier’s family’, his SAG Racing Team confirmed on Facebook.

Mugello Circuit – where Dupasquier would ride for the final time – also offered their condolences, stating: ‘We are deeply saddened by the news of Jason Dupasquier passing. Our thoughts and prayers are with you and your family.

‘The entire Mugello Circuit would extends their best wishes to Jason’s family, friends and love ones in this difficult time.