A mother-of-four who lost a staggering 10 stone in just 15 months has claimed she was mistaken for her husband’s mistress by a friend who didn’t recognise her.

At her heaviest, healthcare assistant Sarah Buchanan, from St Austell, Cornwall, tipped the scales at 24st 11lb and struggled to squeeze into a size 26.

But she was given ‘a kick up the a***’ to beat the bulge when she was told she had diabetes and that she may need to have gastric bypass surgery by her GP in August 2019.

Over the next 10 months, Sarah ditched large chocolate bars and stopped eating her children’s leftovers as well as unhealthy sandwiches and snacks, and started cooking homemade meals with fresh ingredients from scratch.

Mother-of-four Sarah Buchanan, who lost a staggering 10st in just 15 months, has claimed she was mistaken for her husband’s mistress by a friend who didn’t recognise her 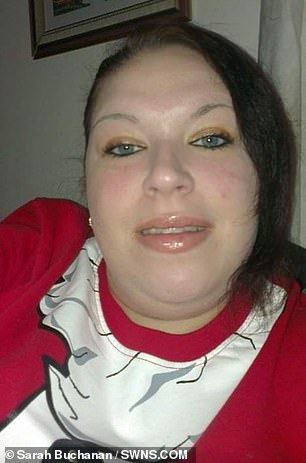 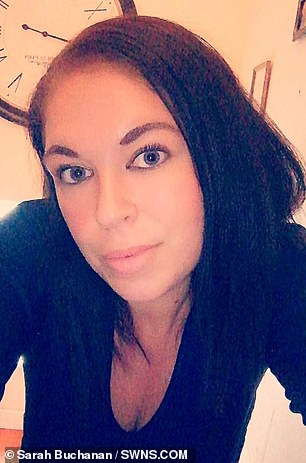 The overhaul of her diet saw Sarah lose a staggering 10st 4lbs in just 15 months – and slim down to 14st 7lbs. Pictured left before and right after 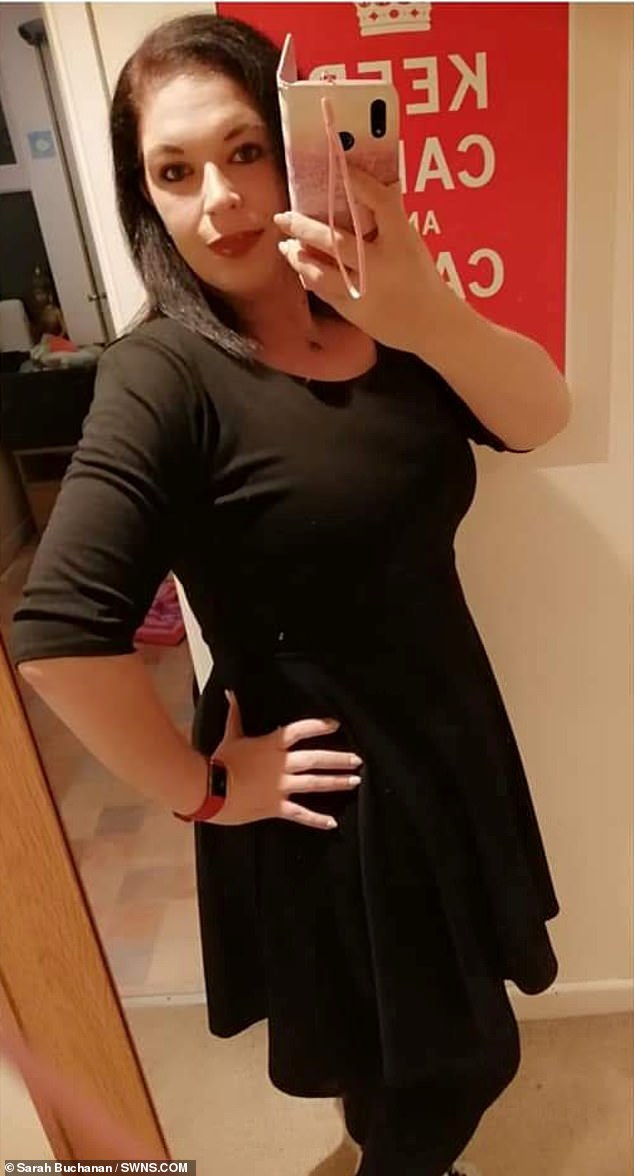 The overhaul of her diet saw her lose 10st 4lbs – and slim down to 14st 7lbs. She can now slip into a size 14 – and looks almost unrecognisable to friends and family.

A friend even thought her husband, Daniel, 39, also a healthcare assistant, was cheating on her at first when she spotted the pair out in the village – not realising it was Sarah.

She said: ‘We were waiting outside for my dad to pick us up and my friend spotted us and thought Dan had another woman by his side.

‘Then she realised it was still me. It was quite funny and flattering really. My husband has got a new woman – quite literally it seems! 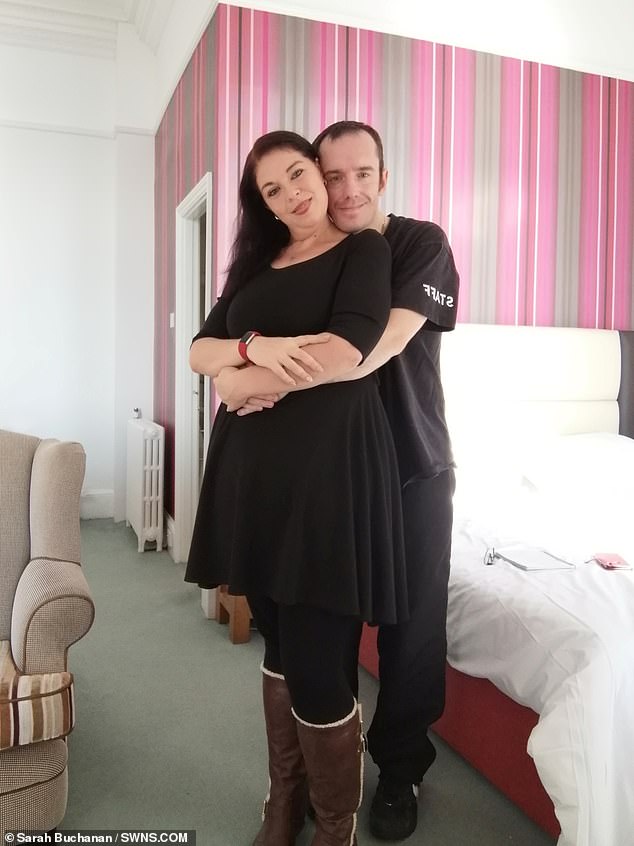 At her heaviest, healthcare assistant Sarah tipped the scales at 24st 11lb and struggled to squeeze into a size 26

In August 2019, Sarah (left before) went for a health check up which revealed she had diabetes, which shocked her into action (pictured right now)

DINNER – a jacket potato or a chicken salad

SNACKS – fruit such as a banana, orange or grapes

‘Finding out the diagnosis frightened me so I knew I had to do something. I finally feel like the real me. I feel happy.’

Daniel added: ‘I feel like I have got a new wife! She looks so different that people have thought she was another woman, it’s quite funny really.

‘People just can’t believe how much she has changed. I am so proud of her. It’s incredible that she has lost so much in such a short space of time.’

In August 2019, Sarah went for a health check up which revealed she had diabetes. 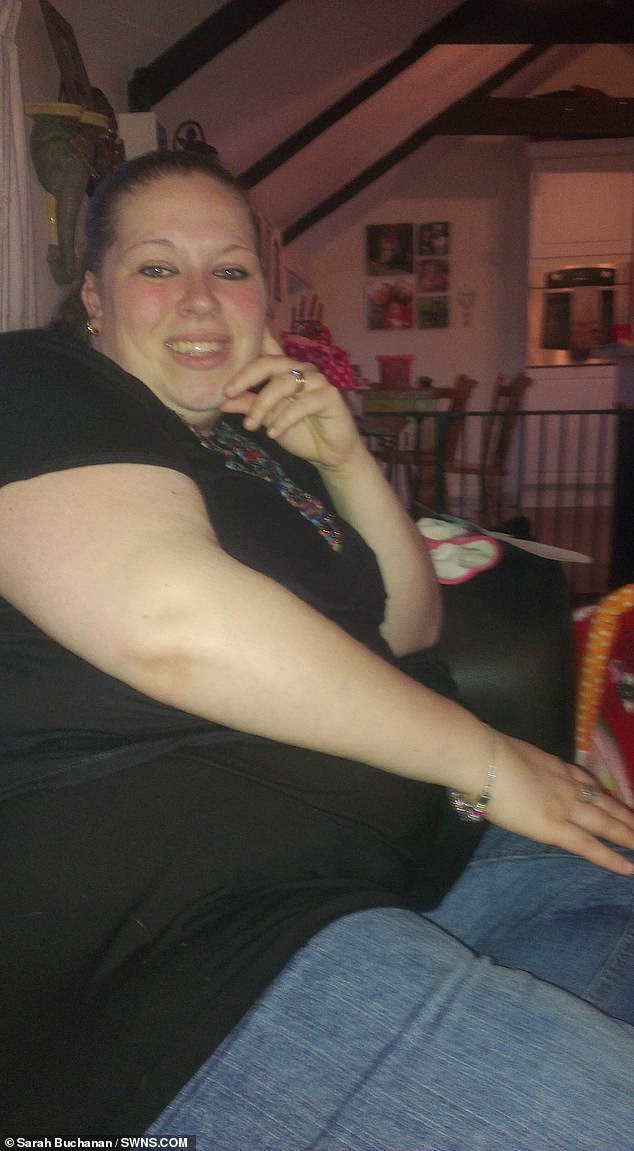 In August 2019, Sarah went for a health check up which revealed she had diabetes, and a doctor warned her she could need a gastric bypass 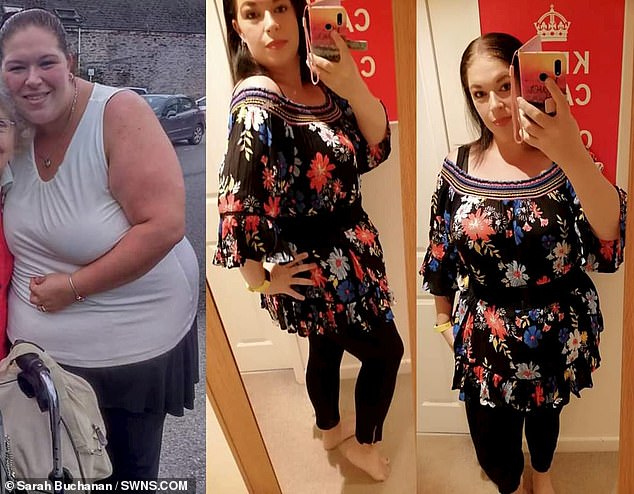 Sarah decided to overhaul her diet and ditched her habit of munching on large chocolate bars and finishing off her kids’ meals. Pictured left before and centre/right now 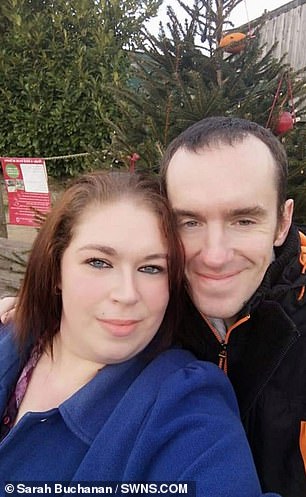 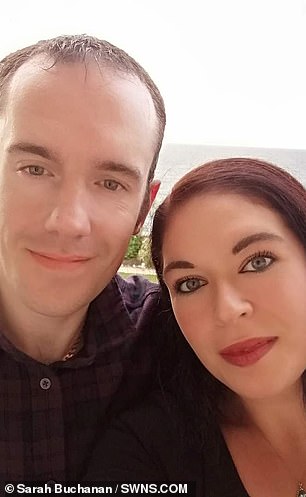 Daniel said he feels like he has a ‘new wife’ and is extremely proud of Sarah’s efforts. Pictured together before (left) and now (right)

‘It was shocking, but it was scary when they told me I might need surgery,’ she admitted.

‘I didn’t realise quite how bad I had got. It was worrying and I felt like I could have a heart attack at any minute and not be there for my children.’

On hearing the news Sarah knew it was time to make massive changes in her life. She had been eating unhealthy food since childhood – with a penchant for sandwiches and bread.

She has since swapped the carb-heavy diet for healthy alternatives and has taken up daily exercise – such as jogging and walking.

‘I went from eating two sandwiches at lunch to having healthy soups and salads and actually exercising,’ Sarah said.

‘I started jogging on the spot each day for 10 minutes and gradually built it up. Now I can jog for an hour on the treadmill.’

Sarah had always been overweight and was bullied as a child.

Sarah’s diabetes has reversed and she finally feels ‘happy’ and ‘healthy’.

‘My son keeps giving me a hug and saying, “I can get my arms around you now Mummy”,’ she said. ‘I’m glowing now.’ 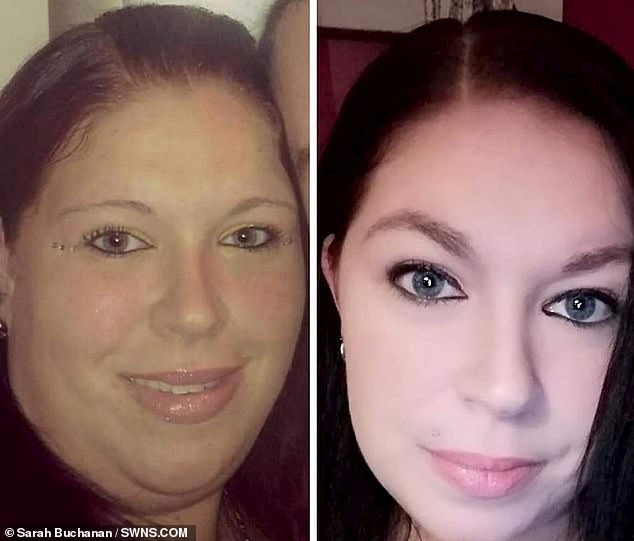