Pawfect escape plan: Mother spots her twin baby boys crawling out of the dog door as they follow the family’s pooch into the yard

This is the comical moment two baby twins escape their house through the dog flap.

Mother Kristina Spreen, from Dallas, Texas, was inside her home when she saw her children Hayden and Hudson, both one, crawl out of the dog door in pursuit of their seven-year-old pooch Django.

The babies, dressed in t-shirts and diapers, slide through the small door before speedily crawling into the family’s garden.

Twins Hayden and Hudson, both one, crawl out of the dog door at their home in Dallas, Texas 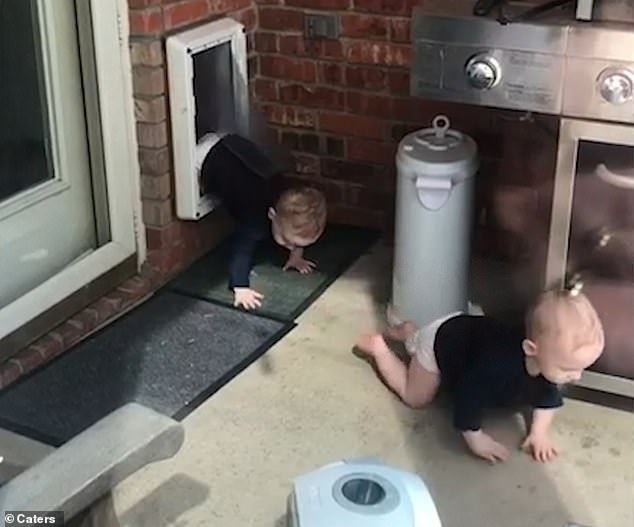 During the clip, one of the twins pulls his body through the small hole in the wall.

Just seconds later, his sibling also emerges into the yard as their shocked mother says: ‘Oh my gosh.’

The pair then head for the lawn as Ms Spreen runs to her door and says: ‘Alright, let’s go and get them.’

Ms Spreen said: ‘They will do this all the time if we don’t close the dog door. It’s hilarious!’ 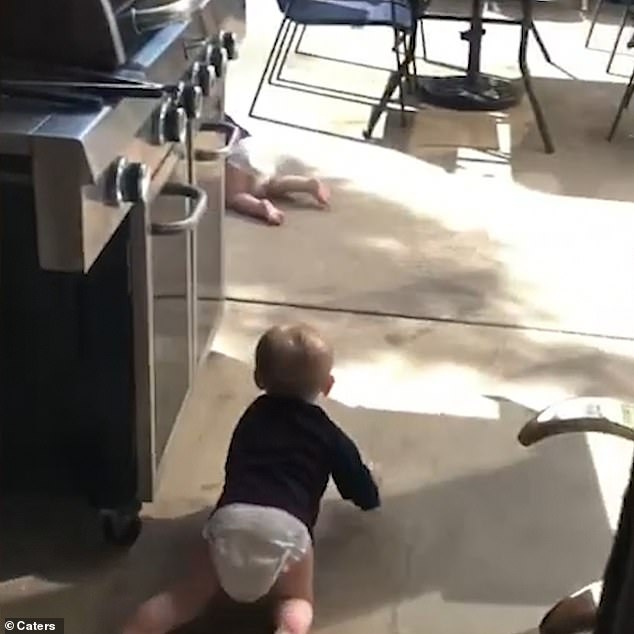 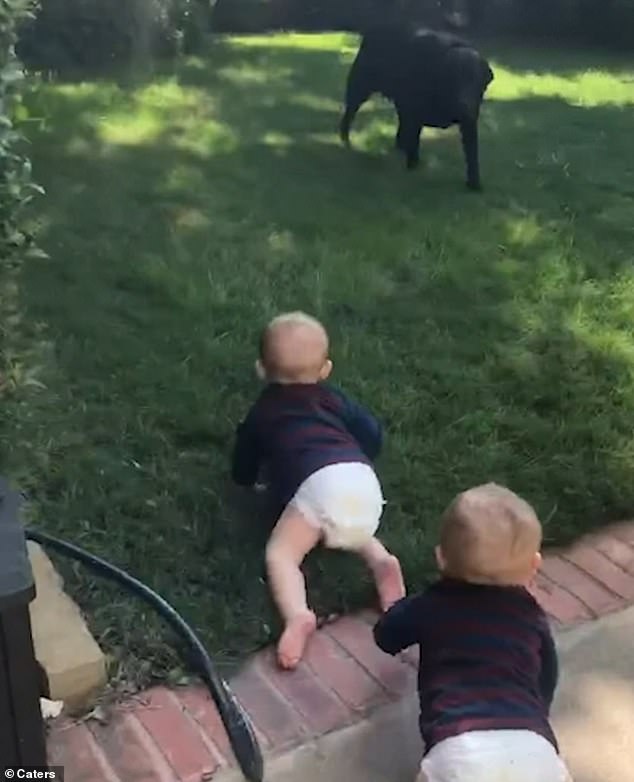 The cheeky pair manage to make their way onto the lawn after following their pet canine Django, seven

The comical scene comes just months after another toddler found himself stuck in a dog flap as he tried to escape his home in Queensland, Australia.

During the clip, Harrison, who had been trying to leave his house, begins to cry as the front half of his body is left stuck outside – leaving the other half still inside.

His mother Alarni Aitken walks towards her son and casually lifts the doggy flap- allowing the child to slowly back out of the door. 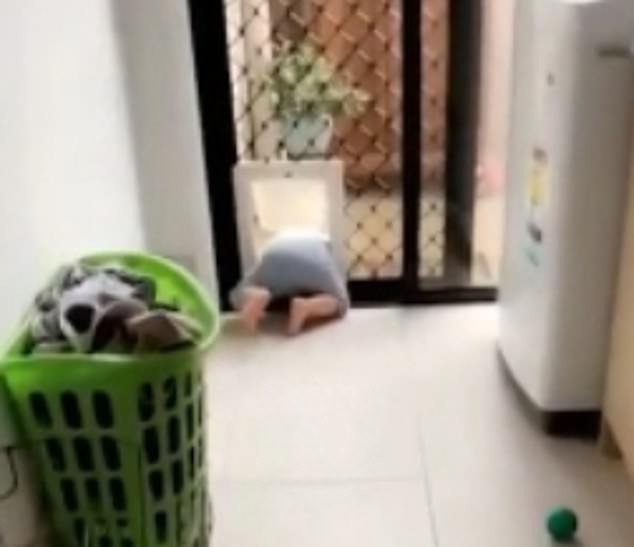 In June, toddler Harrison was left stuck in a dog flap as he tried to leave his house in Queensland, Australia