A young mother-of-two whose brain tumour was initially dismissed by doctor as ‘just migraines’ has died of cancer, her family has revealed.

Hettie Galway, 28, was given just six months to live after being diagnosed with an second brain tumour last August.

Hettie, from Huyton, Merseyside, said the first tumour made her feel sick, become forgetful and suffer with blurred vision – often having to spend days in bed, unable to go to work.

Initially, after numerous visits to her GP in 2017, Hettie said she was told by doctors her symptoms were ‘just migraines’.

When the pain worsened Hettie, mother to Daniel, six, and Epona, four, sought a second opinion.

After CT and MRI scans, Hettie was given the tragic news that she had a grade three brain tumour.

Hettie Galway, 28, of Huyton, Merseyside, was given just six months to live after being diagnosed with an second brain tumour last August. She is pictured with children Epona, four, (left) and Daniel, six

Hettie had an operation and biopsy in February 2018, just after she married her husband David, followed by another operation to remove as much of the tumour as possible.

She then underwent a gruelling period of chemotherapy and radiotherapy.

But in August last year, a routine check revealed a new and aggressive tumour was growing on her brain stem.

The mother-of-two was told, alongside her loved ones, that ‘nothing could be done’ and that she only had three to six months to live.

Hettie died on April 22 this year, leaving David and their two children heartbroken.

Before she died, David said they were able to spend several days out as a family to create some lasting memories. 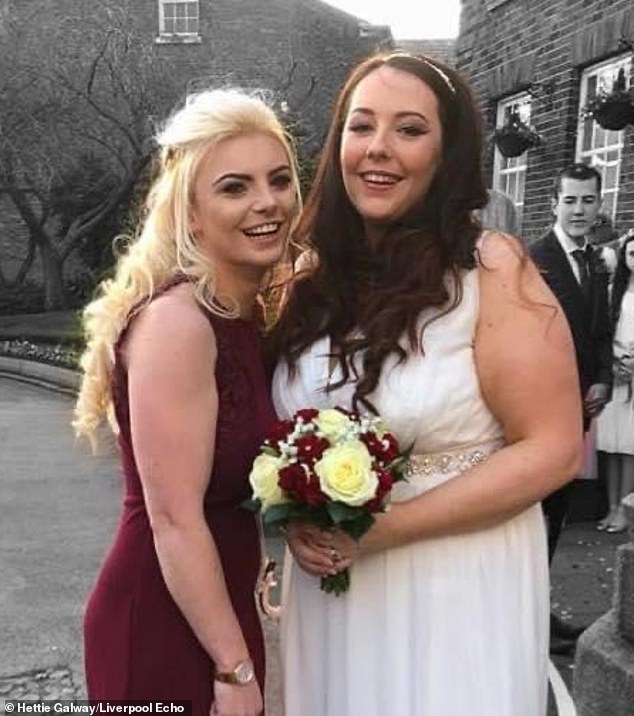 Hettie had an operation and biopsy in February 2018, just after she married her husband David, followed by another operation to remove as much of the tumour as possible but died in April

David said: ‘We did go to Blackpool and Gulliver’s World. We had a few moments but it was a bit difficult with Covid and lockdown after lockdown.

‘She was happy from what I could see. I’m glad we could spend that time we did have, even though it was short.

‘Towards the end of last summer she started having difficulty in terms of walking and her balance.

‘Eventually she was using the wheelchair – it was a slow, degrading process really.’

Describing his wife’s degeneration at the hand of the cruel disease, David said: ‘The way I see it, it wasn’t really fair for her to be in that hospital bed all day every day not being able to eat or drink.

‘In my view she’s at peace. I’ve just had to get on with it for the kids at the end of the day.’ 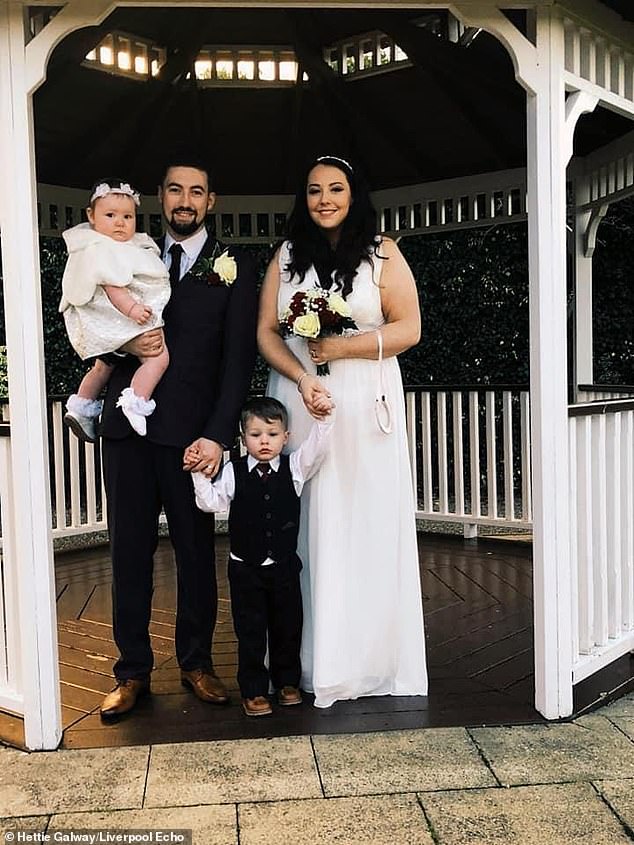 Before she died, her husband David (pictured) said they were able to spend several days out as a family to create some lasting memories

David, who is now busy looking after the couple’s children, is retraining as a personal trainer with the aim of helping others who have experienced the death of a partner like he has.

David said: ‘Over a year I was just binge eating constantly and running myself down. Just feeling sorry for myself really.

‘The first few months after she passed away, I wasn’t sure what I wanted to do as I had to leave my previous job as well.

‘Because I’m training as a personal trainer I thought if I’m going to qualify as that, maybe delivering something just for people who’ve gone through the same thing as me, to try and get them on the right track again.’

His initiative aims to help others coping with grief to improve their physical health and diet, as well as linking with charities that specialise in talk-based therapies.

David added: ‘It’s still in early development but the website – widowinitiative.com – is now up and running.’

Following Hettie’s death, David said he wanted to emphasise the importance of anyone experiencing constant migraines to change their doctor if they feel they’re being dismissive of the condition, or to seek a second opinion.