It’s not the egg and moon race! Moment mother trips and exposes her underwear during parents’ race at her daughter’s school sports day

A hilarious video shows a mother face-planting during the parents’ race at her daughter’s school sports day – and mooned the crowd.

Katie Hannaford, 36, was left red-faced after her eight-year-old convinced her to run last week.

Funny footage shows the mum, from Basildon, Essex, lining up in the third lane from the left.

The race then started and Katie, who was wearing a blue dress, dropped to the back, before falling to the floor. 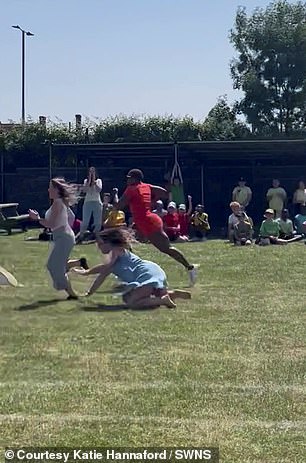 An Essex mother has spoken out about her embarrassment after she ended up mooning the crowd after falling (pictured, right) during the parents’ race (pictured, left) on sports day 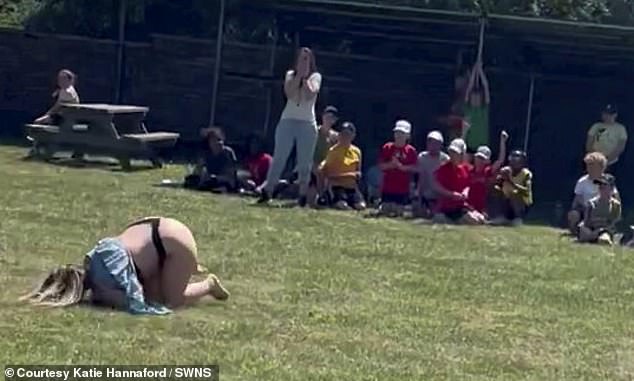 Bystanders were visibly shocked as Katie’s dress flew up over her head, and she ended up mooning the entire crowd

Unfortunately, her dress came up over her head and revealed her underwear for all the crowd to see.

She said: ‘I’m not sporty at all, but [my daughter] kept begging me. In the end I agreed to the race – I knew I’d come last. 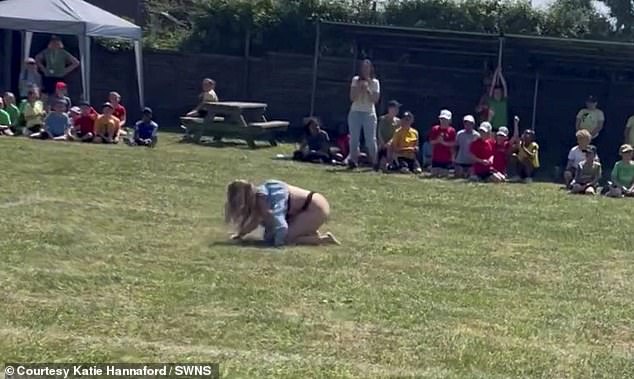 According to the red-faced mother (pictured), she ‘just tripped over [her] own feet’ during the ill-fated race 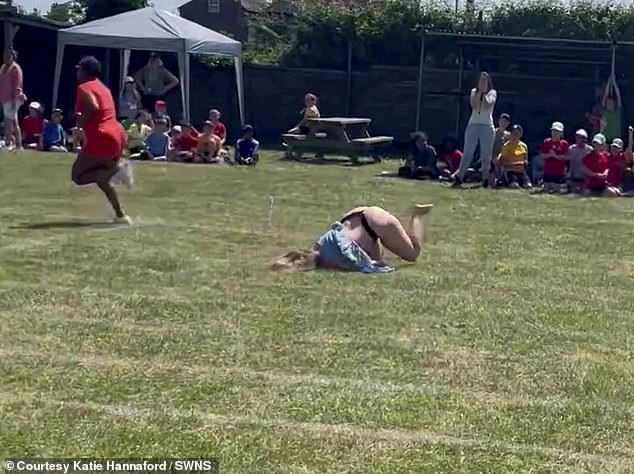 An eyeful: watchers all saw Katie mooning, as the force of her fall made her Summer dress fall over her head

‘I just tripped over my own feet – I think my body was just moving too fast for my legs! I’m so clumsy, I’m always falling over.

‘I was humiliated at the time, but it is what it is! I flashed my underwear which is obviously embarrassing but you just have to own it.

‘Looking back, it’s hilarious. Definitely the funniest thing I’ve ever done in my life!’