A mother with 13 children has died from coronavirus leaving her heartbroken wife to pay tribute to the ‘backbone of our family’.

Sonia Partridge, 35, of Stockton-on-Tees, County Durham, died in hospital in the early hours of Tuesday morning, leaving her partner Kerry Ann without ‘my life for the last 11 years’.

The next day, Mrs Partridge, 40, paid touching tribute to her wife who she said ‘was bullied for being so big, but gave all of us the confidence to be individual and not care what anyone thought’.

Sonia had two children of her own and Kerry Ann had six, with their other five being via sperm donor.

Sonia Partridge (back row, centre, with her family), 35, of Stockton-on-Tees, County Durham, died in hospital in the early hours of Tuesday morning, leaving her partner Kerry Ann without ‘my life for the last 11 years’

Ms Partridge, who is studying to be a midwife at university, said Sonia ‘loved everyone with a passion’ and that looking after the youngest 11 of their children without her will be ‘so hard’.

She said their family ‘needs time’ because they have been served an eviction notice by their landlords, and they have set up a fundraiser to cover Sonia’s funeral costs and help them through the winter.

Speaking from their family home in Stockton-on-Tees, County Durham, Ms Partridge said: ‘I just walk into a room and expect to see her and she’s not there.

‘I’m watching the younger children running around like nothing has changed, and it’s very hard to accept she’s never going to see them grow up.’ 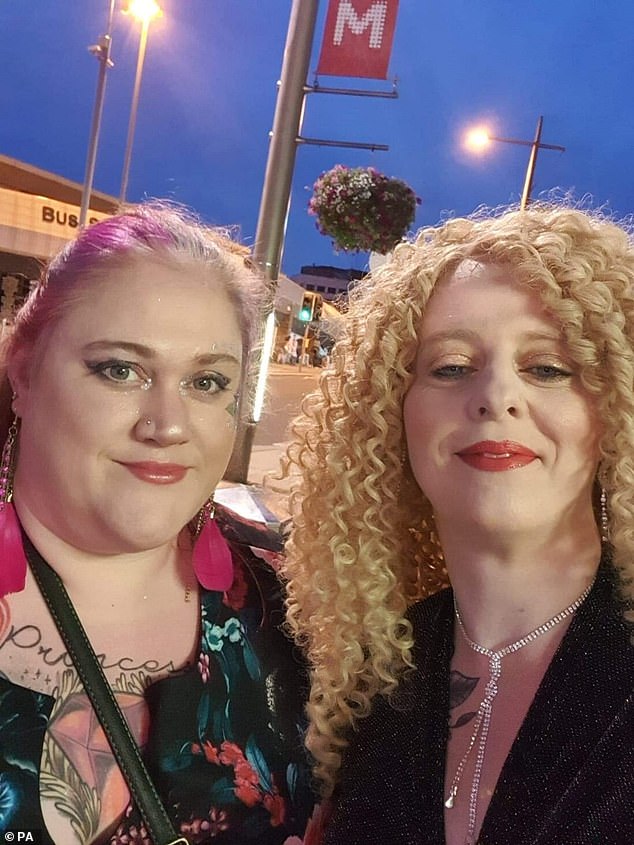 The next day, Kerry Ann Partridge (right), 40, paid touching tribute to her wife (left) who she said ‘was bullied for being so big, but gave all of us the confidence to be individual and not care what anyone thought’

She added Sonia, who had underlying health conditions, ‘could only manage one or two words’ after she was rushed to University Hospital of North Tees on Friday, but that ‘we were with her when she passed’.

Fighting back tears, she said: ‘She got too tired, and decided she would take the oxygen mask off and she went really quickly after that.’

Daughter Meera Jo, 16, saw her mother in hospital before she died and said ‘there’s never going to be enough words’ to pay tribute to her.

Miss Partridge said: ‘It’s left a massive hole in all our lives. It’s hard telling the little ones she’s gone away with the angels and she’s not coming home.

‘No matter how hard things were for her, she always put everyone else first, and now she’s gone. 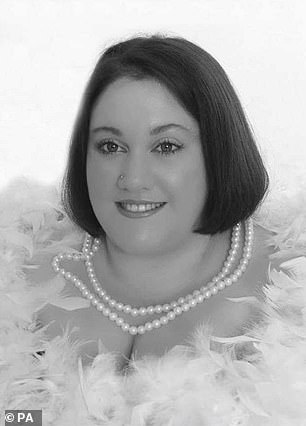 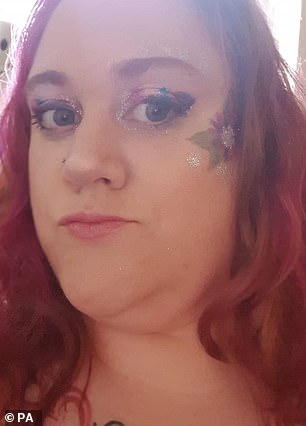 Sonia (pictured) had two children of her own and Kerry Ann had six, with their other five being via sperm donor

‘We just feel numb, and other times we are just crying and can’t stop crying.

‘And when we laugh now, it feels wrong because she’s not here to laugh with us.’

Ms Partridge said she, Meera and the other children, the youngest of whom is two years old, are coping with their loss by ‘doing the things that would make Sonia feel better’.

She said: ‘We’re doing the housework and getting the Christmas decorations out.

‘Sonia loved Christmas, it was her favourite time of year. She put so much magic into everything she did.

‘She was the homemaker, the foundation of our home. She did all the running around looking after the young ones, making sure the laundry was done, and being here for the kids when they wanted to hug her.

‘We just want people to know how amazing she was.’

The family’s fundraiser can be found here.