A mother-of-two died after suffering from an eating disorder which meant she lived for years on a diet consisting only of ‘kids’ party food’, an inquest heard today.

Charlotte Broad suffered fatal malnutrition after eating ‘snack’ food like cheese and onion crisps, poppadom’s and prawn crackers for her entire life, a coroner was told.

Even while pregnant the 32-year-old consumed only ‘Irn Bru and Wotsits’, the inquest heard, and in her last years she had an ‘ambivalence to life’, which meant she ate very little.

Doctors treating Miss Broad – who has two young daughters aged around 11 and six – felt helpless as she refused to eat or even drink, and would constantly vomit, so much so that her throat turned black.

Even after being told she would die if she did not eat, Miss Broad declined, the inquest heard. 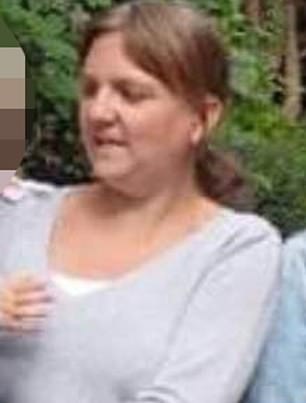 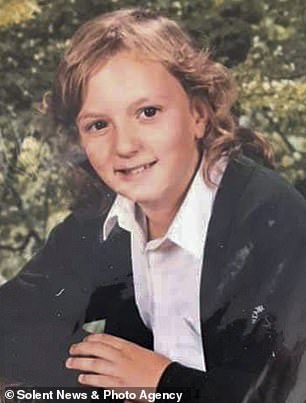 Charlotte Broad (left) had daughters aged around 11 and six. Miss Broad as a child (right)

Today at Winchester Coroners Court, Hampshire, her heartbroken partner of 10 years Mark Darley said: ‘When we first met she was ok.

‘She ate cheese and onion crisps, poppadoms and prawn crackers and that was it. She never ate anything else.’

During the time Miss Broad, from Winchester, Hampshire, was in hospital in 2019 she told doctors she would regularly drink ‘excessive amounts of fizzy drinks after eating very little’ would then ‘throw up straight away.’

Miss Broad was admitted to the Royal Hampshire County Hospital, in Winchester, Hants, on January 3 2019 after being bed bound for nearly six weeks, before passing away nearly two weeks later on January 18.

She was taken to A and E by an ambulance after her partner finally managed to convince her to go to get treatment.

When in hospital Miss Broad repeatedly refused food, or would not even receive nutrition via an intravenous drip. 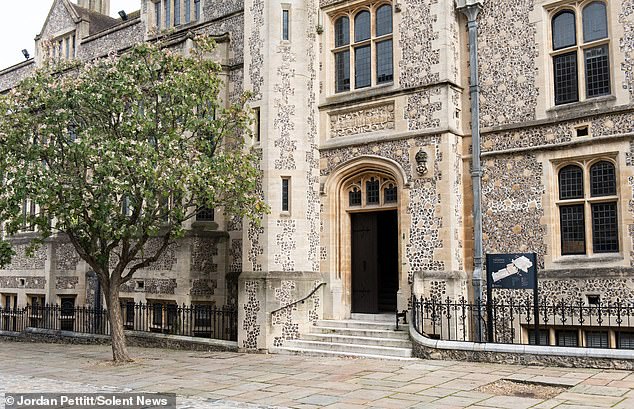 When doctors asked her if she understood what was going to happen if she didn’t eat she responded ‘I’m probably going to die’. 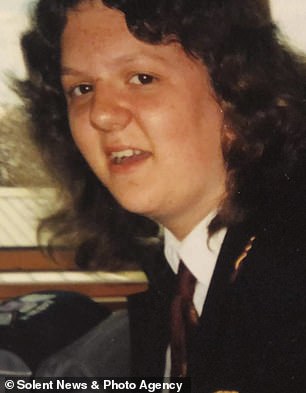 Six days before her death on January 13, Miss Broad said she did not want to be examined anymore and refused to let doctors take blood from her telling them she was sick of being poked and prodded.

The court heard from Miss Broad’s brother, James, who said: ‘She always ate strangely from a young age. She would have chicken nuggets and chips every day.

‘I can’t remember her being called fat at school, I was the larger child. By the time I left home she was still just eating chicken nuggets and chips but never any vegetables.

‘I do believe she should have been sectioned for her mental health. I believe she wanted to die, I don’t know why if I’m honest.’

Mr Broad added: ‘What Charlotte was eating was not what she was feeding her children, it was the polar opposite.’

Acting area Coroner Samantha Marsh explained that eating disorders are very difficult to deal with and said: ‘Ultimately, you can’t tie someone down and force them to eat.

‘Charlotte had a difficult relationship with food. Everyone is in agreement that her diet was incredibly poor, it was almost kids’ party food, the chicken nuggets, the chips, the coke.

‘All of the health problems she was experiencing were secondary to the poor malnutrition. There were multiple attempts by mental health to engage with her.

‘She declined all of those services.

‘I’m satisfied that Charlotte understood that by not eating, she knew what would happen.

‘She simply refused to take on adequate nutrition. I am satisfied that Charlotte was not presenting as someone that needed to be sectioned.’

Mrs Marsh did not give a conclusion of suicide saying Miss Broad did not ‘have intention to take her own life, she had ambivalence to living’.

Giving a narrative conclusion Mrs Marsh said: ‘Charlotte died from malnutrition that was caused by the intentional refusal to take enough food and drink which led to multiple organ failure.’

Miss Broad’s mother, Kate Gibson, said tearfully: ‘I tried to get her to eat more vegetables and I would try and hide it in her food but you can’t force someone to eat.

‘I don’t know if she wanted to die. But I know she would not have wanted to leave her children.

‘She was stubborn, she was cheeky she was caring, she was a loving mum, she was amazing.’

Dr Murphy said: ‘It is very hard. You are looking at a young lady who is dying in front of you and thinking, why is this happening?’

Miss Broad had a history of depression following a stillbirth in 2007.

Although she had two successful pregnancies in 2008 and 2013 she continued to struggle with her eating disorder and in 2011 she was referred by her GP to an eating disorder service.

At one point she also threatened to jump out of a window if healthcare staff did not induce her baby early at around 36 weeks.

Miss Broad had two daughters, Phoebe, and Lizzie May.

Pathologist Dr Adnan Al-Badri told the court that when she died, Miss Broad was in the early stages of heart failure as a result of long periods of malnutrition.