CBS News veteran Morley Safer has passed away at the age of 84.

Safer, who had been a correspondent on 60 Minutes for all but two of the show’s 48 seasons, retired from his job last week.

The popular newsman had cut back on work in the past couple of years as he dealt with health issues.

His last 60 Minutes report was a profile of Danish architect Bjarke Ingels and was broadcast in March. It was the 919th report he’s done for the show since he began there in 1970.

Safer’s career was celebrated just days before his death with a 60 Minutes special that revisited some of his greatest interviews and moments on the program.

CBS wrote in Safer’s obituary that he was able to watch the special at his home in New York City. 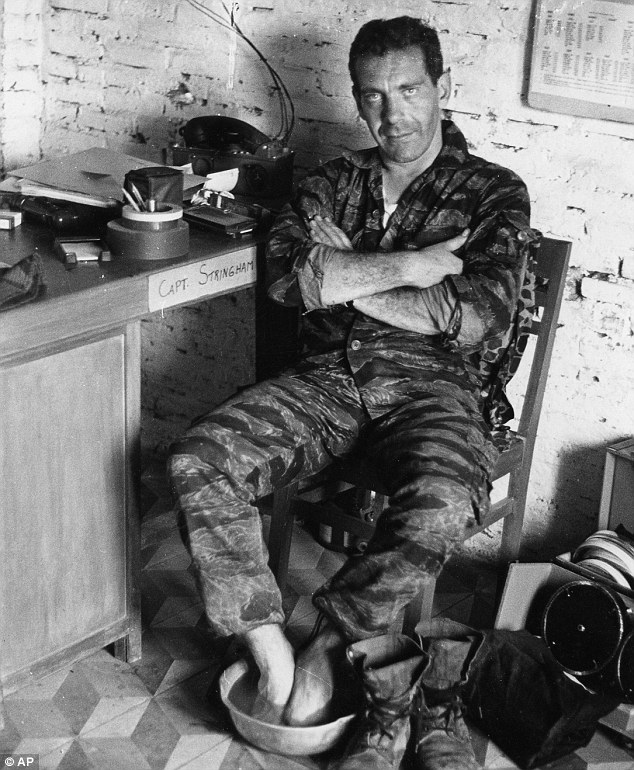 Back in the day: Safer got his start on CBS in 1964 and worked in London and Saigon (above in 1965) before joining the news magazine in 1970

Last comment: Safer posted on Twitter just this past Sunday; ‘It’s been a wonderful run, and I want to thank the millions of people who have been loyal to our @60Minutes broadcast, Thank you!’

Safer had a noted career as a reporter even before joining 60 Minutes, particularly covering the Vietnam War for CBS News.

He got his start as a writer, and in 1955 was hired by Reuters in London. He then retiurned to Canada to work for CBC and in 1956 began to appear on camera as he worked on CBC News Magazine.

He went back to London in 1961 and was the only western correspondent present when the building of the Berlin Wall began in August of that year.

He joined CBS as a London-based correspondent in 1964, and the next year opened the network’s bureau in Saigon.

He remained there until 1967, at which point he went back to London where he had been named bureau chief.

His two most famous 60 Minutes segments both came in the 90s and had to with red wine and art.

In his 1991 piece The French Paradox the argument was made that the French had a lower incidence of heart disease because of their red wine consumption.

That piece alone revived the wine industry in the United States according to many in the business and started a red wine boom.

Two years later he managed to incense one of the biggest museums in the world, New York’s Museum of the Modern Art, with his report Yes, But is it Art?.

In that piece he took a critical look at contemporary art, like pieces by Jeff Koons, that appeared to be nothing more than vacuum cleaners that were selling for exorbitant amounts at auction and being placed in exhibits at some of the country’s biggest museums.

He also interviewed countless personalities and newsmakers over the years, recently managing to get Ruth Madoff in her first sit-down interview back in 2011 after her disgraced husband Bernie was sent to prison for his Ponzi scheme.

He posted on Twitter just this past Sunday; ‘It’s been a wonderful run, and I want to thank the millions of people who have been loyal to our @60Minutes broadcast, Thank you!’

‘Morley was one of the most important journalists in any medium, ever,’ said CBS Chairman and CEO, Leslie Moonves.

‘He broke ground in war reporting and made a name that will forever be synonymous with 60 Minutes.

‘He was also a gentleman, a scholar, a great raconteur – all of those things and much more to generations of colleagues, his legion of friends, and his family, to whom all of us at CBS offer our sincerest condolences over the loss of one of CBS’ and journalism’s greatest treasures.’

Jeff Fager, the executive producer of 60 Minutes and a close friend of Safer, said; ‘This is a very sad day for all of us at 60 Minutes and CBS News. Morley was a fixture, one of our pillars, and an inspiration in many ways. He was a master storyteller, a gentleman and a wonderful friend. We will miss him very much.’ 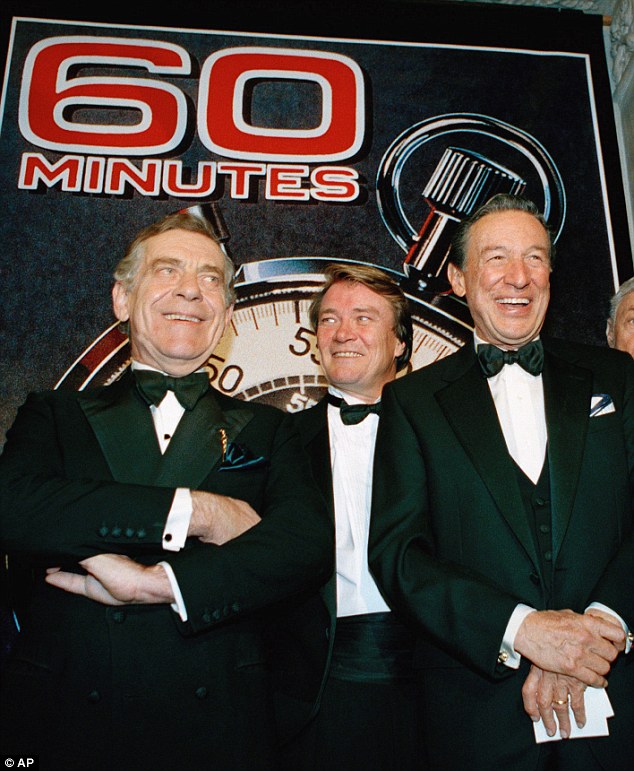 Team: Safer, Steve Kroft and Mike Wallace pose at the Metropolitan Museum of Art in New York celebrating their 25th anniversary in 1993 (above) 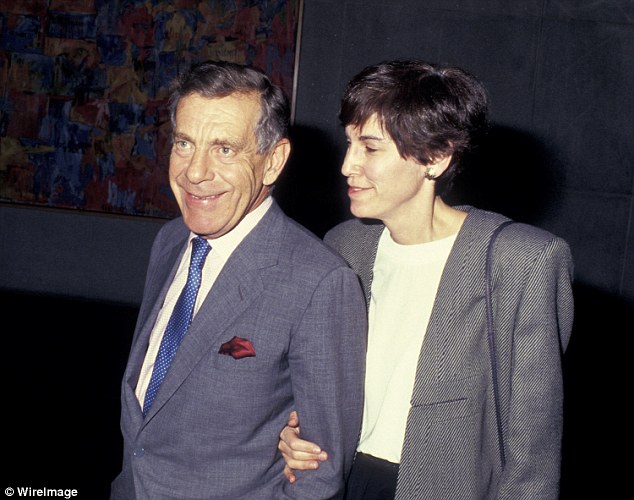 Family: He and his wife Jane (above in 1987) live in New York City and have an adult daughter Sarah while is a freelance journalist

Safer, who was born in Toronto, remained a Canadian citizen but lived in New York City with his wife of 48 years Jane Fearer.

The couple have a daughter Sarah who is a freelance journalist and three grandchildren.

The funeral arrangements for Safer are being kept private and details of a memorial service will be revealed at a later date.

His cause of death is unknown at this time.

Over the course of his prestigious career Safer was awarded 12 Emmys, three Peabody Awards and the Lifetime Achievement Emmy from the National Academy of Television Arts and Sciences.

He also wrote the bestselling memoir Flashbacks: On Returning to Vietnam about his 1989 trip back to the country where he got his start at CBS.

In an interview back in 2000, Safer said of his career; ‘I have a pretty solid body of work that emphasized the words, emphasized ideas and the craft of writing for this medium. It’s not literary, I wouldn’t presume to suggest that.

‘But I think you can elevate it a little bit sometimes with the most important part of the medium, which is what people are saying – whether they’re the people being interviewed or the guy who’s telling the story. It’s not literature, but it can be very classy journalism.’

Many in the industry remembered Safer on Thursday, inclduing his 60 Minutes co-worker Anderson Cooper, who wrote; ‘What an incredible life and career Morley Safer had. From Vietnam to his decades on 60 Minutes. There was no one else like him.’

And Mayor Bill de Blasio of New York City said; ‘Morley Safer represented best of journalism. With fairness and a dogged NY attitude, he saw it all and loved it all.’