Pietro Iasenza was in fantastic shape for his age when he celebrated his 89th birthday last June.

He had no health problems, lived in his home, still drove and ran all his own errands.

“He lived his life to the fullest every day,” said his youngest daughter, Angela. “He was so independent. I couldn’t even keep up with him.”

But over the Thanksgiving weekend last month, the Montreal man began to feel ill and develop flu-like symptoms. He tested positive for COVID-19 a few days later.

The result came as a huge shock to both Iasenza and his close-knit Italian family.

“He thought he was invincible, he didn’t think he’d catch it,” said Angela.

Two weeks later, he was gone.

Iasenza is among the steadily rising number of Quebecers who have died from COVID-19 during the province’s second wave.

Quebec has so far avoided the striking losses seen in the spring, when the province regularly recorded upwards of 100 deaths a day from COVID-19 as the virus ripped through ill-prepared long-term care homes.

But the death toll has again begun to rise, with more than 600 deaths since school began in late August.

More than half of those have occurred in just over three weeks. The province recorded 38 deaths on Tuesday.

The answer to the question “who is dying?” is broadly similar to the spring: mostly, it’s the elderly. What’s different is where the people who have died had been living.

Unlike the first wave, it isn’t primarily or even mostly in long-term care homes. Many of those who have died within the last month were living in their own homes, in the community.

Experts have long predicted the surge of cases Quebec saw in late August, September and October, coinciding with the start of school, would lead to more hospitalizations and deaths.

That appears to be happening, though on a scale along the lines of the more moderate projections issued last month by the INSPQ, Quebec’s national institute of public health.

In all, more than 6,000 people have died in Quebec from COVID-19, by far the most of any province.

But many jurisdictions across the country are also experiencing spikes, and have been stepping up health and safety measures to combat increasing case rates.

Toronto is moving into the “red” level of Ontario’s colour-coded coronavirus shutdown system after reporting 520 new cases on Tuesday.

And Manitoba officials announced a temporary province-wide shutdown Tuesday in response to a rise in cases and in deaths at long term care homes in recent weeks.

Dr. Donald Vinh, an infectious disease specialist at the McGill University Health Centre in Montreal, said that while elderly people remain vulnerable to the virus, there have been some positive developments.

“Even though the elderly are still the major targets in the second wave, there are fewer cases of deaths and hospitalizations than in the first wave,” he said.

That’s due in part, he said, to the improved controls over the system of long-term care homes and a better understanding among both health-care workers and the public of the virus.

“So, for example, at the beginning, having less understanding of the virus, there was a tendency to hospitalize more and more frequently and on a larger scale. Now, we know, for example, that with adequate follow up and care, not everybody will necessarily need to be hospitalized,” he said.

Alan Cohen, an assistant professor in the department of family medicine at the University of Sherbrooke with a background in epidemiology, said it appears the virus is less lethal during the second wave, but remains a concern given its presence in the community.

“What we certainly know is we know how to treat it medically,” he said.

“As long as we have enough hospital beds we are now in a position to keep people alive longer.”

New data released Tuesday by the INSPQ reinforced Cohen’s remarks. The public health institute found that although 98 per cent of those who died were over 60, there appears to be a drop in the death rate — and that more study is required to determine why.

With the virus better controlled in long-term care facilities, commonly referred to as CHSLDs (centre d’hébergement et de soins de longue durée), the proportion of deaths of people living at home is greater than in the spring.

Premier Francois Legault has repeatedly pointed to this when asked about recent deaths.

“The big difference between this fall and this spring is that we now have far fewer deaths in CHSLDs,” Legault said recently. “I see a big improvement in CHSLDs.”

Still, the deaths continue to mount, at a rate of roughly 15 people a day over the past three weeks, each representing the loss of a loved one.

For months, Iasenza’s family had gone out of their way to keep him safe by limiting their contacts, washing their hands and social distancing when they saw him.

Angela said her father was cautious and had a mask and hand sanitizer at the ready when he went out.

“Did he wear his mask properly? Not sure. But he always had it. Did he sanitize his hands after pushing a carriage? Did he clean the carriage? I’m not sure.”

After Iasenza tested positive, his family cared for him at home, but they had to take him to Montreal’s Maisonneuve-Rosemont Hospital when his oxygen level dipped dangerously low.

It was the first time in his life Iasenza had ever been hospitalized.

They have no idea how he got infected. None of the places Iasenza frequented reported having sick employees and no one in their family or circle of friends had symptoms of the virus, said Angela.

“He should have lived,” said Angela. “His mother died at 99. We thought we’d have him for a few more years.”

WATCH |She changed careers to work in a long term care facility, and then COVID-19 happened 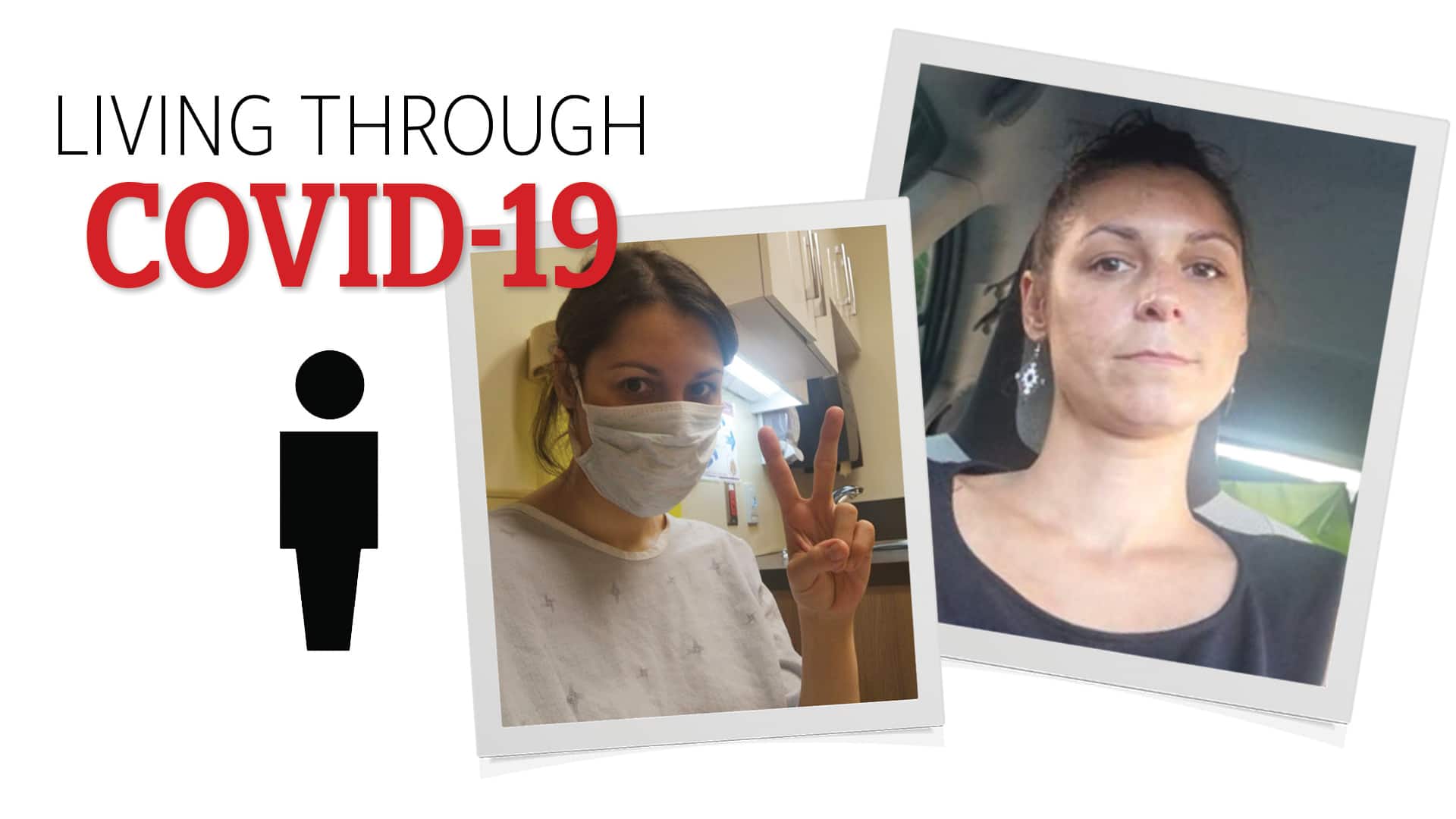 Lisa started a new career as a leisure technician in a CHSLD just before the pandemic hit. As COVID ripped through long-term care homes in the first wave, she was infected. 3:55