More than 30 MPs have pledged their support for Money Mail’s Pick Up Or Pay Up campaign.

We are calling for consumer protection laws to be updated to force big businesses to answer their phones within ten minutes or face hefty fines.

Last Wednesday, we held a drop-in session in Parliament armed with thousands of letters and coupons of support sent by Money Mail readers, and invited politicians to lend their signatures to our campaign.

We also pinned to the walls and displayed on the tables all of this newspaper’s coverage, which contains numerous customer service horror stories, so politicians could see for themselves how let down by companies you feel.

Among those to attend were Conservative MPs Robert Halfon and Henry Smith, and DUP MP Ian Paisley.

Mr Paisley, who helped organise the event, told Money Mail: ‘This is an essential campaign to pressure big corporations who take us, the consumers, for granted. The last thing customers need now is more anxiety caused by failing customer service helplines.’

Many of the cross-party politicians who joined us last week said they frequently heard from constituents who were fed up with being unable to contact companies.

Money Mail has previously asked readers to send letters to their MPs to help rally enough support to have our proposal heard in Parliament.

With 34 signatures from MPs, we have now exceeded the threshold for a backbench debate on the issue and how a new law would work. This will go ahead when Parliament returns from summer recess.

But we know we can go further. The more politicians we have on board, the better chance we have at driving real change. And we believe we can drum up more support with your help.

That’s why today, Money Mail is renewing calls for readers to write to their MPs and keep the pressure on them to back our campaign.

Robert Halfon, MP for Harlow, who applied for the debate, says: ‘Utility and service providers have a duty to consumers and currently practices are not good enough, with telephone services aiming to get people off the phone rather than on it.’

Baroness (Tina) Stowell, who served as Leader of the House of Lords under David Cameron’s government, also welcomed our proposal. But she adds that more needs to be done to improve customer service across the board.

She says: ‘We must all stop tolerating an unacceptable standard of customer service — including business bosses, regulators and government.

‘If a law like this was passed, we would need to make sure firms don’t use it as an excuse to move more customer service avenues online.’

Money Mail has been keeping a close eye on wait times at some of the worst offenders named and shamed by readers.

On Monday, we waited for 38 minutes when calling Jet2, 33 minutes for Scottish Power and 23 minutes for E.On. 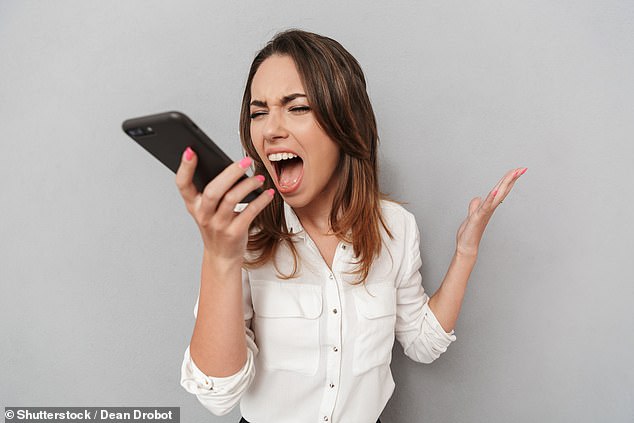 Support: In a huge victory for our Pick Up or Pay Up campaign, dozens of MPs have backed our proposal to stamp out shoddy service

British Airways remained almost impossible to reach, with the phone line automatically disconnecting after two minutes ‘due to a high volume of calls’.

All the firms say their call centres are extremely busy. Jet2 adds that it is also seeing call-handling times increase due to the complexity of enquiries.

These findings will come as no surprise to our readers. One, who does not use the internet, wrote: ‘Speaking to someone on the phone is paramount to me. Sadly now the wait to speak to anyone anywhere just goes on and on. A ten-minute maximum would be great. Here’s hoping!’

Our manifesto is simple: we want to update the Consumer Rights Act 2015 with a statutory instrument — a form of secondary legislation which can make changes to an existing Act of Parliament. This would give regulators such as Ofgem and Ofcom the power to fine firms who do not answer the phone within ten minutes.

It would be up to them to monitor compliance and decide how the fine is calculated.

Ofcom, which regulates telecoms providers, says its maximum penalties differ and it is often the higher of a fixed sum or a percentage of the business’s turnover. The Financial Conduct Authority can hand out unlimited fines to firms under its remit, such as banks.

Some MPs raised concerns that our plan tackles only private institutions, an issue that comes up frequently in our postbag.

While Money Mail wholeheartedly agrees that public bodies should also pick up the phone within ten minutes, fining them for failing to do so would only cost the taxpayer.

We are continuing to put pressure on these bodies by sharing our readers’ experiences with them.