Qantas has announced that 19,000 employees will be receiving a one-off $5,000 bonus as the airline cuts more domestic flights and the Jetstar CEO resigns.

The payment will not be eligible for senior management or executives and it will come on top of a two per cent pay rise previously promised to employees.

The airline says that the payments will be made to staff after a new enterprise agreement is finalised.

Qantas boss Alan Joyce said the bonus ‘recognises the great work they are doing as we restart the airline’.

‘This comes at a time when travel demand is rebounding but our people are facing a unique set of cost-of-living pressures, which frankly they’d be in a better position to handle if aviation hadn’t been so badly hit over the past two years. That’s now changing,’ he said.

‘We can’t afford to permanently increase salaries beyond the 2 per cent threshold we’ve set, but we can afford to make this one-off payment on top of the Qantas share rights we’ve already given.’

Disgruntled workers recently revealed to Daily Mail Australia what it’s really like to work for the Flying Kangaroo, levelling extraordinary allegations against the airline amid a bitter court battle that could result in a multi-million dollar payout.

The Transport Workers Union took Qantas to court in late 2020, when it was ruled the airline illegally sacked nearly 2,000 baggage handlers, cleaners and ground staff before outsourcing their jobs to foreign-owned providers, including Swissport.

The trickle-down effect has seen jaded customers, including Frequent Flyer members, saying they are looking to other airlines when flying.

The Trade Workers’ Union says Qantas’s issues start at the top, and point to Alan Joyce’s mismanagement of the airline over the pandemic and its thousands of laid-off staff. 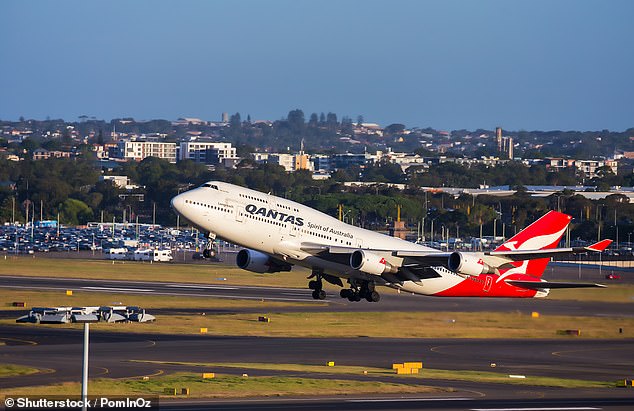 The $5,000 payment will not be eligible for senior management or executives 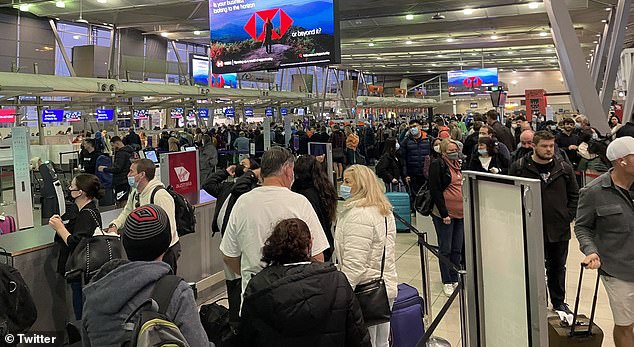 Customers say there is a complete lack of support staff at airports which is leading to massive delays, missed flights and lost luggage

‘Blaming passengers for delays over the Easter long-weekend while refusing to reinstate the highly trained workers it illegally sacked despite there being obvious demand for experienced workers in the industry shows how out-of-touch the Joyce-led management team has become.’

Many loyal Qantas customers have expressed their displeasure with the airline on social media, claiming it has moved away from its historically high standards – with one woman writing a brutal open letter to the ‘mean spirit of Australia’.

‘Maybe instead of spending money on glossy new ads filled with Aussie talent, you perhaps could do the bare minimum and answer the phone when your customers need assistance?’ Dr Sara Marzouk wrote.

‘Maybe you can invest in providing jobs onshore by establishing call-centres where the staff actually have a clue about what they can and cannot do?

‘Stop blaming this on COVID. These issues of poor customer service pre-dated the pandemic but have been exacerbated by them. No other airline has shown such contempt.

‘You need to do better.’

Customers have posted images of extensive wait times to speak to Qantas support staff, with one man waiting longer than six hours for a response.

‘Absolutely disgraceful. South African call centre working a charm. Been on the phone for almost 10 hours across three days. Inept and rude,’ a passenger named Jack posted to Twitter.

‘Your website has not allowed me to make a booking the last three days and your call centre claims to be too busy to pick my calls the last two days,’ another man named Shiva wrote.

A chiropractor named Anthony said he had been attempting to get ahold of the airline for days regarding a flight that had changed departure time.

‘Would it be too much to ask for a response on any platform inc phone? We have been trying to contact you for weeks now regarding a flight that have changed on us and nothing. And when we do, your CS rep has failed to resolve the issue! What a disgrace!’ 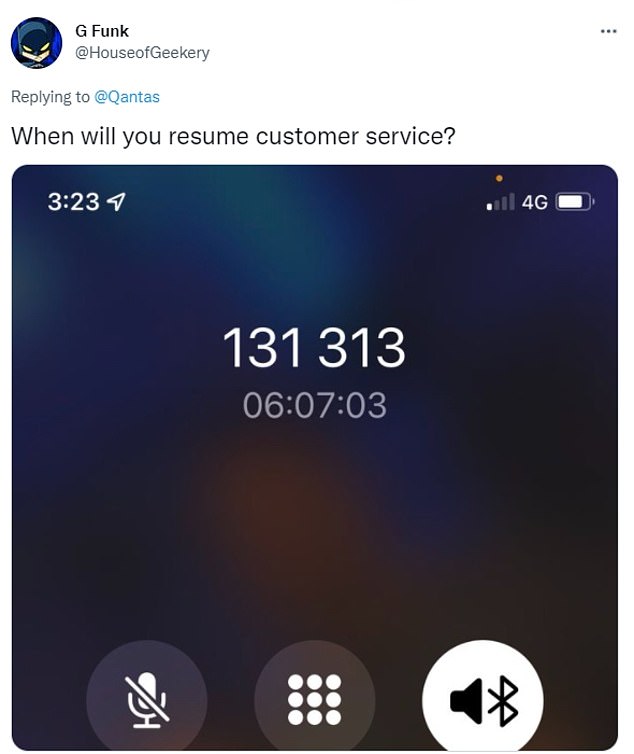 ‘You need to do better’:  Dr Sara Marzouk’s BRUTAL letter to Qantas

My name is Sara.

I’m one of the many many MANY Australians who are pretty frustrated with you at the moment.

Thankfully, I’m not in the situation that my close friend finds herself in, where you’ve cancelled her flight at short notice and she’s stressed out of her mind trying to contact you to sort this out before her flight next week.

Nor am I in the position where you’ve charged me for flights that you haven’t ticketed, despite those flights being imminent.

Nor am I one of the unlucky ones who have found that you’ve rebooked them onto different flights and different cabin classes without any prior notice and without any consideration for the fact that such changes cause them to miss connecting flights.

No, I’m just one of the long line of customers who has been double charged for flights or other services purchased through your website. Some of whom are unable to pay for other bills because your double-charging has resulted in an inability to honour other expenses. 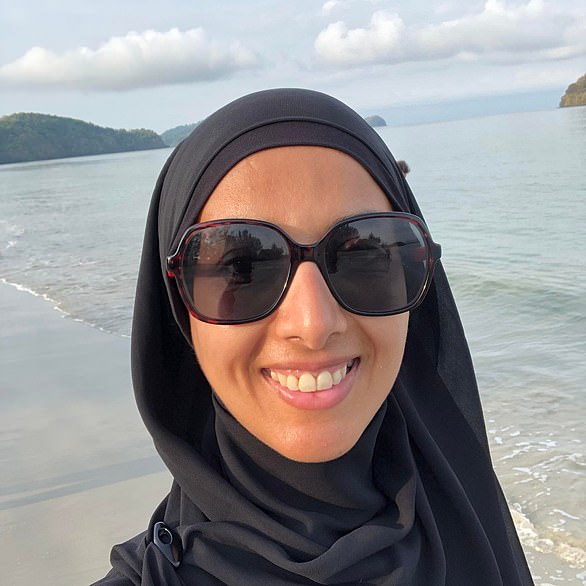 Unlike the above groups of people, who are desperately waiting on the phone for HOURS for anyone to pick up and help them, I draw the line when I’ve been on hold for over an hour. For three consecutive days.

You see, I have a life to live. And spending it on hold waiting for help from your customer service squad is demoralising. Especially when the call cuts out after waiting for way too long.

So I’ve emailed you.

I’ve tweeted a reply to you.

Here is the issue.

Australians are pretty annoyed right now. I’m one of them.

You’re our national airline. We want to support you.

Our tax dollars contributed to the $2 billion dollars of assistance our Government gave you during the pandemic.

Maybe instead of spending money on glossy new ads filled with Aussie talent, you perhaps could do the bare minimum and answer the phone when your customers need assistance?

Maybe you can invest in providing jobs onshore by establishing call-centres where the staff actually have a clue about what they can and cannot do?

Stop blaming this on COVID. These issues of poor customer service pre-dated the pandemic but have been exacerbated by them. No other airline has shown such contempt.

You need to do better.