An award-winning pharmacist has been identified as the mother found in a horrific house fire, that has left her children fighting for life in intensive care.

Hayley Tomkins was discovered inside her burning Mooroolbark home in east Melbourne on Monday at 9pm, with police revealing on Tuesday she had stab wounds to her stomach.

Paramedics attempted to treat Ms Tomkins but she tragically died at the scene.

The decorated mother was awarded for her pharmacist work with Eastern Health last year.

Both children were rushed from the scene of the fire to the Royal Children’s Hospital’s intensive care unit where they remain in a critical but stable condition.

Their father Andrew Marshall, a local tennis instructor at Pro Touch Tennis Academy, has stayed by their side since nightmare blaze.

It is understood Mr Marshall was out giving tennis lessons at the time of the fire.

He returned to find his house surrounded by emergency services struggling to rescue his family from the burning two-storey home. 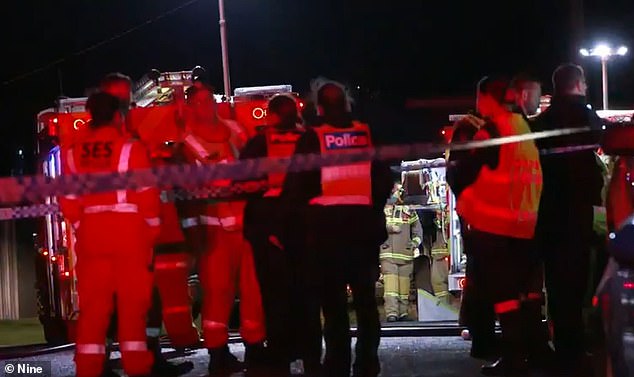 Emergency services arrived at the home around 9pm on Monday night and found ms Tomkins and her two children inside (pictured, emergency crews at the scene of the fire) 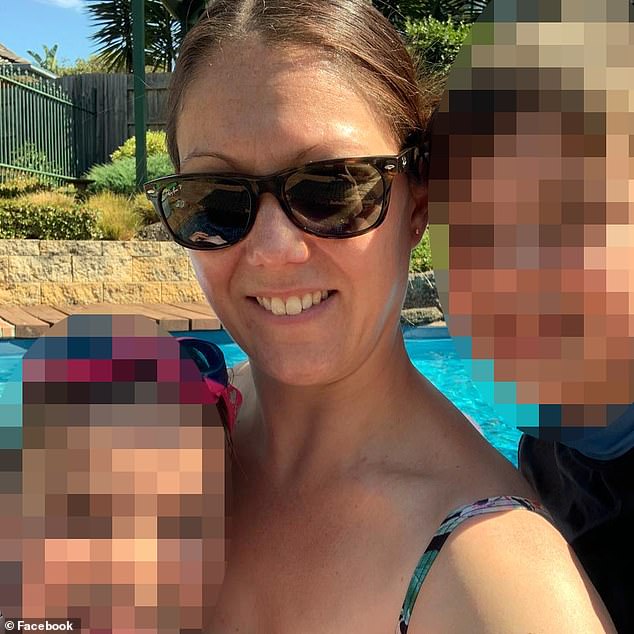 ‘He had to run up the hill, there were just trucks down the street and around the corner.’

Witnesses said the two children were carried from the home covered in blankets and initially treated on the home’s front lawn as their devastated father watched on.

Alisha O’Brien, who was staying at a friend’s home on the street, said she saw Mr Marshall scream as his children were pulled from the home, believing they were dead.

‘They carried out three bodies and they were completely lifeless,’ she told the Herald Sun.

‘He could not be consoled in any way, he was a complete mess, in total shock and grief.’ 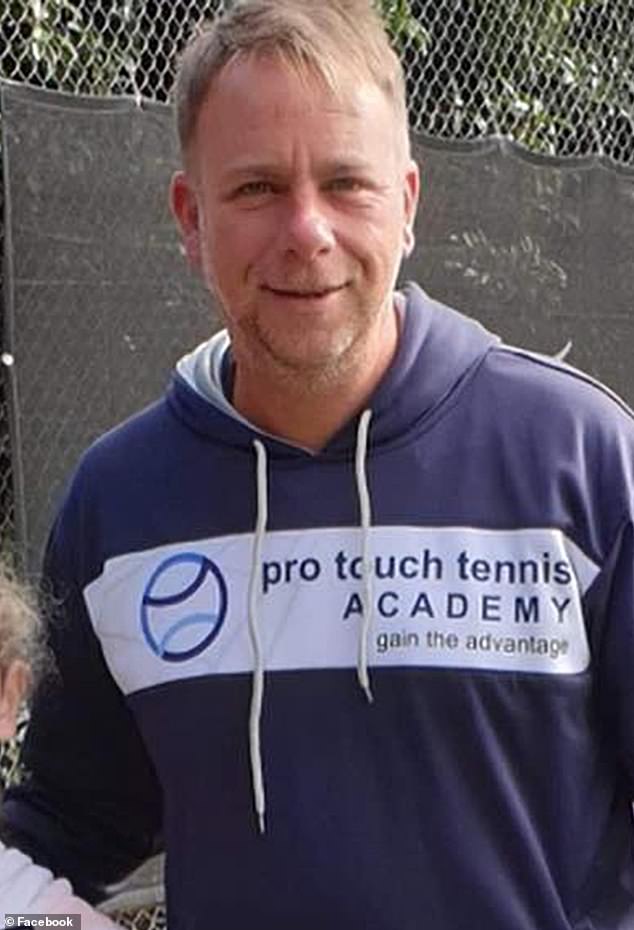 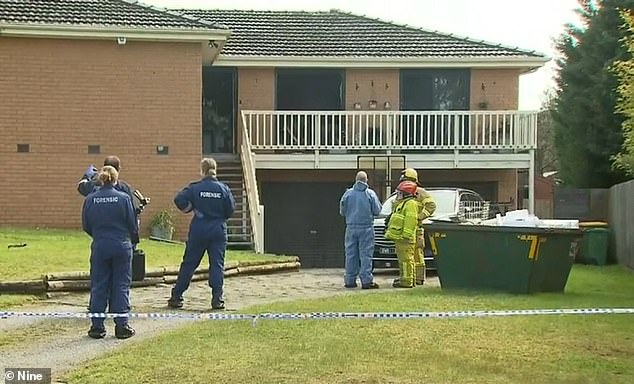 Police are still investigating the fire but said they are not looking for anyone at the moment (pictured, investigators at the scene of the fire on Tuesday)

Locals have visited to the home to pay respects to the mother and her family and left flowers their driveway.

Police are still investigating the incident but are not looking for anyone at this time.

Anyone with any information is regarding the fire is urged to contact police.