A huge deluge and an estimated 30,000 lightning strikes lashed large parts of New South Wales on Tuesday evening including the Hunter Valley, Sydney and the Illawarra.

Wild weather also slammed Victoria earlier in the day with state emergency services responding to hundreds of calls for help due to the flooding, with 116 requests in Geelong alone.

Melbourne was also badly hit, and more than 6,000 Victorians have been left without power with the rain causing widespread blackouts.

The Bureau of Meteorology said humid and unstable air is what’s triggering thunderstorms in coastal areas.

Powerful winds wreaked havoc in some areas with Shellharbour Airport in the Illawarra recording a wind gust of 93 km/h at 9:30pm.

Elsewhere is NSW, Kempsey, Gosford, Cessnock, Penrith, Parramatta and Kulnura copped the brunt of the downpour.

What had been a warm and bright day ended widespread thunder, heavy rain and storms across Sydney and other parts of the state.

More than 6,000 Victorians have been left without power with the rain causing widespread blackouts

Western Sydney and the Southern Highlands were hit hard, with high winds, rain and hail smashing suburbs and towns.

The storms in Victoria hit the Bellarine Peninsula at around 2.15pm on Tuesday, bringing strong winds and a heavy downpour that had soaked the state’s west earlier in the day.

Mount Gellibrant, around 67kilometres west of Geelong, got 29mm of rain in 30 minutes.

As the thunderstorms passed into the east, Melbourne was hit with the deluge about 5pm.

Parts of the city were hit with heavy rainfall and damaging winds, while locals reported severe lightning throughout the late afternoon.

Montrose in the city’s east recorded 23mm of rain in 30 minutes.

BoM said a trough and a ‘hot, moist, unstable atmosphere’ were behind the thunderstorms lashing the region.

State emergency services have advised those in areas affected by storms to stay inside and away from windows, avoid travel if possible and to avoiding dangerous hazards such as floodwater, fallen trees and powerlines.

BoM said Wednesday is expected to be partly cloudy with a high of 28 degrees for both Melbourne and Geelong.

In NSW, the Camden area of south-western Sydney was hit hard by a storm just after 8pm, with the severe rain turning streets into rivers and coating grassy areas with hail.

Some suburbs reportedly got hail the size of golf balls.

The NSW SES had around 50 call outs, mostly due to roofs leaking because of the rain.

One SES unit was called to Cox Avenue in Kingswood after getting reports that a car was trapped in floodwaters.

‘By the time the unit got there, there were a couple of other cars that had driven into the same floodwaters,’ an SES spokesperson said.

All of those in the floodwaters got out and are safe. 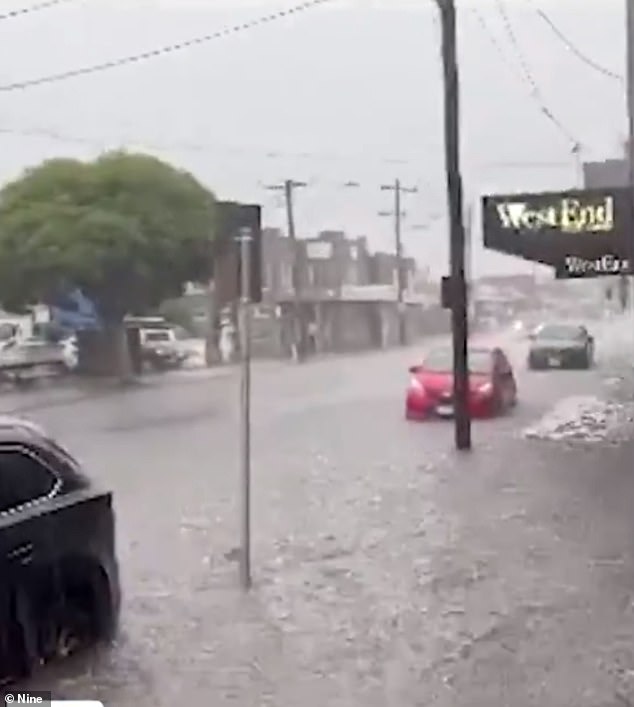 Across the country, flood victims in Western Australia’s Kimberley region have been targeted by scammers as authorities attempt to fill empty supermarket shelves.

The scam uses an image of a Serbian politician and contains a link to a phoney Facebook page promising victims $20,000 but actually intended to steal personal information.

Eventually, the scammers request fees be paid up-front to receive the funds.

WA Commerce Minister Sue Ellery says the messages appear to come from a friend who is encouraging the target to contact an agent because they and others have already received the payment. 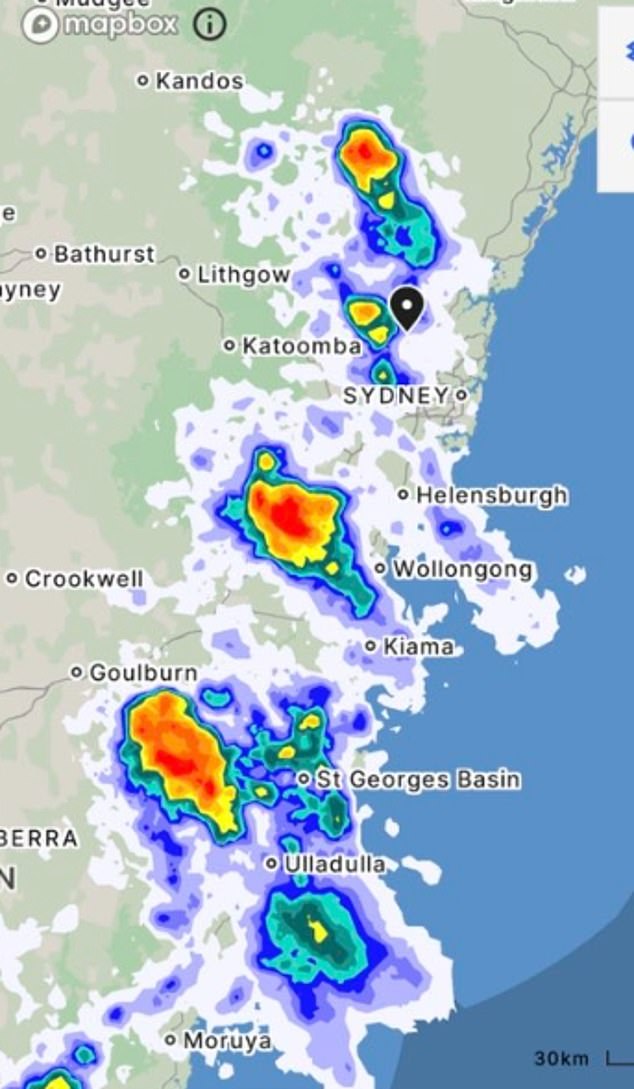 ‘We strongly advise people in flood-affected areas to be extremely careful and not click on links or give out personal information such as bank details in response to random messages received via text or social media,’ she said.

‘It is unbelievable that criminals have sought to exploit vulnerable people at a time when many of them have lost everything.’

Ms Ellery said there had also been reports of social media commentary about relief funding from the ‘Australian Flooding Agency’, but no such agency exists.

People were also being targeted by fake charities set up to steal money from would-be donors. 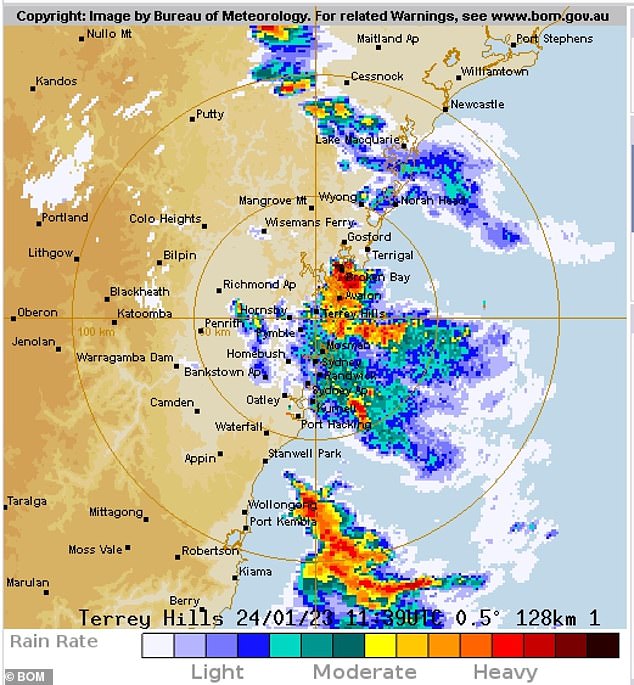 In one instance, an Instagram account posing as a legitimate registered charity in Fitzroy Crossing was asking donors to buy Amazon e-gift cards.

Residents in the town of Derby have been left frustrated by supply shortages after the flood damage isolated the town.

Shire president Geoff Haerawa said the town had received dozens of pallets of food and essentials, and was working to get products on shelves.

‘The shelves have been empty in our main supermarket here,’ he told the ABC.

‘I have spoken to the manager, I have spoken up the line, and they’re doing their darndest to get product on the shelf.

‘There’s always a bottleneck somewhere and that’s the fact that the road is out, and we’re having to rely on barges and an air bridge coming across from Broome and other areas.’