This is the touching a moment a security guard who stopped at London Bridge station to play songs in honour of the Queen was joined by a Cambridge University music director for an impromptu duet.

Anna Lapwood, a director of music at Pembroke College, was playing the station’s organ when she was joined by security guard Marcella, who trained as a singer, for the unexpected gig.

Ms Lapwood had ‘spontaneously’ stopped at the station before she began playing  Lascia ch’io pianga by Handel – an Italian-soprano aria.

She described the experience as ‘so moving’, adding that there were ‘quite a few people gathered by the end’ of their duet.

The music director said: ‘It was such an uplifting moment, very needed at the moment.’

Rosie Brooks, 42, was walking through the station on her way to Borough Market when she heard music from ‘across the concourse’.

Anna Lapwood, a director of music at Pembroke College, was playing the station’s organ when she was joined by security guard Marcella 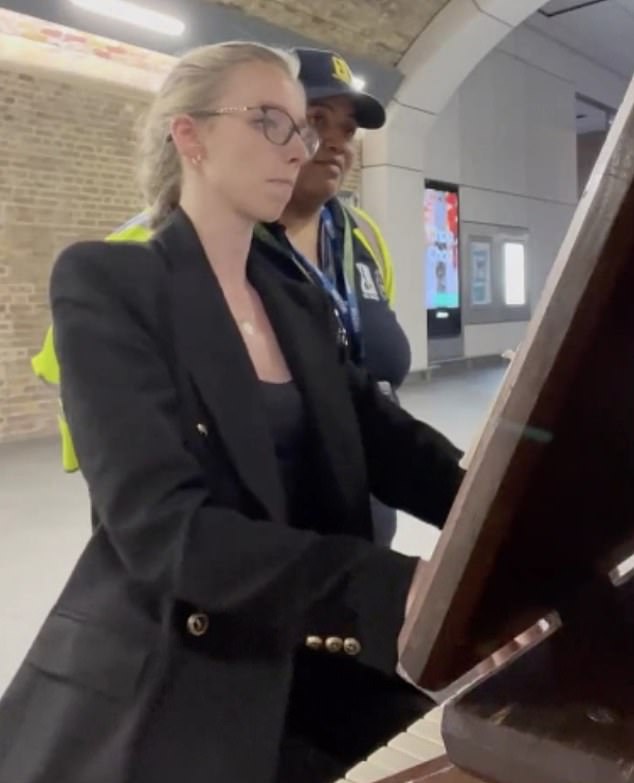 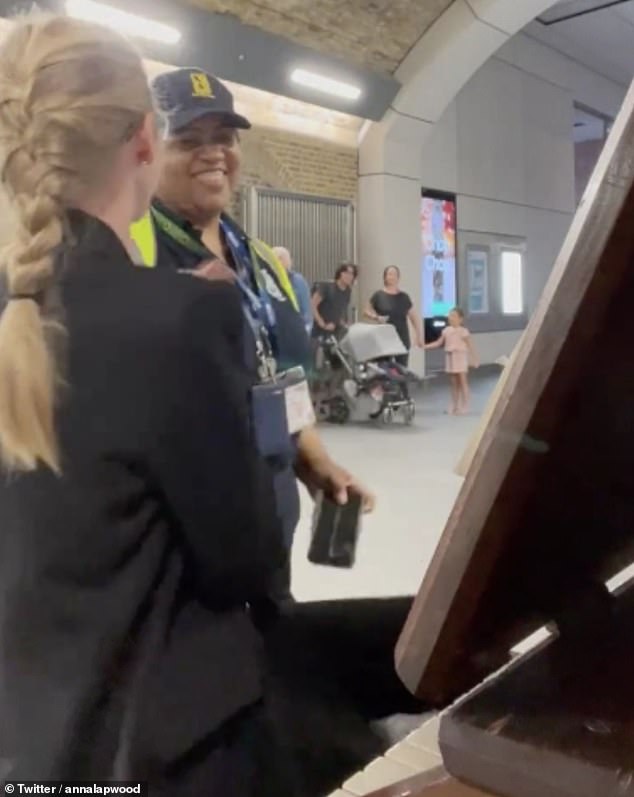 Ms Lapwood described the experience as ‘so moving’, adding that there were ‘quite a few people gathered by the end’ of their duet

Ms Brooks, an illustrator, said: ‘So [I] popped my head round to have look, it was such a lovely moment.

‘Am so lucky they were playing just as I passed by.’

The duet took place as an emotional King Charles III was greeted by thousands of well-wishers elsewhere in the city as he arrived at Buckingham Palace.

He was meeting with representatives from the Commonwealth – while his mother Queen Elizabeth II’s coffin embarked on her historic final journey from Balmoral to Edinburgh, then onto Westminster Abbey for her state funeral.

Crowds lining the length of The Mall – including excited young children sat on top of the shoulders of parents trying to take photos with their phones – cheered and waved at Britain’s new monarch as he was driven in his state Rolls-Royce from Clarence House through the Palace gates at around 1pm, accompanied by a motorcade of four cars and four police motorbikes.

The King was followed shortly after arriving at Buckingham Palace by his wife Camilla, Queen Consort, who was also cheered by mourners.