Five gang members who stabbed a man to death after a party where they posted Snapchat videos of drugs and weapons have been jailed for life.

Selvage, who was 17 at the time, was told he would be given £100 by his friends to stab Mr Robinson with what was ‘almost certainly’ a machete.

The youngster, who was diagnosed as a ‘psychopath’, was asked to carry out the attack because Low and Mr Robinson were love rivals who were both drug dealers in Scarborough.

The gang must serve a combined minimum of almost 100 years before they can be considered for release.

Solomon Robinson, 26, was murdered in a joint attack in Scarborough in 2019

The five men were involved in a joint attack in Scarborough, North Yorks, at around 2am on Sunday 20 October 2019, before fleeing the scene.

Solomon was rushed to hospital with a single stab wound to his back but died around three hours later.

Just hours before the ‘cold and cowardly’ attack, the gang uploaded videos to Snapchat showing knives and a large amount of money at a drug-fuelled party. 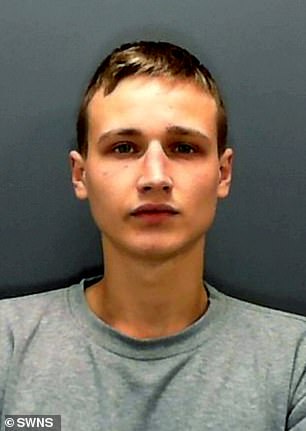 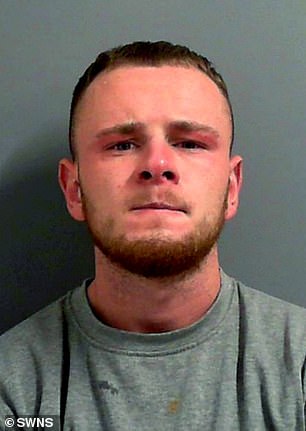 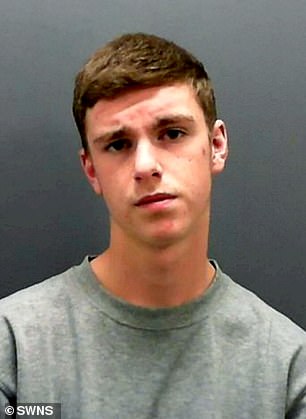 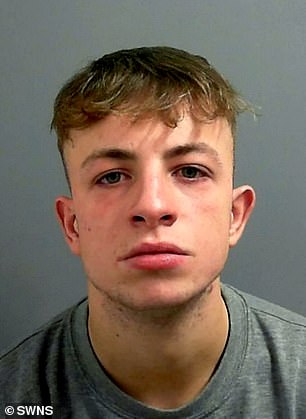 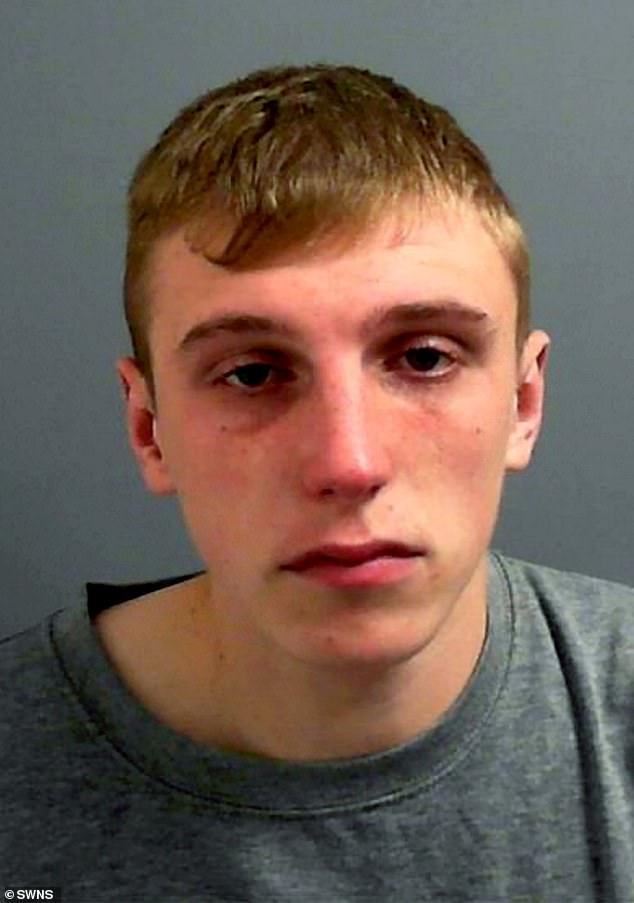 Callon Brass, 22, was sentenced to life imprisonment and must serve a minimum of 21 years before he is considered for release.

Selvage admitted murder the day before the trial and was jailed for life on Friday, February 19.

He will have to serve a minimum of 15 years before he can be considered for release.

The other four denied murder, but were found guilty after a four-week trial at Leeds Crown Court and were also handed life sentences on Friday.

The jury was shown CCTV footage which captured the group walking through the town together before arriving at the area where Mr Robinson was stabbed.

They are all wearing the same clothing as in the Snapchat video.

Chilling footage then shows several dark figures fighting in the darkness in front of the town hall, with at least three brandishing a knife, before running away.

Solomon can then be seen staggering away before collapsing on the floor. 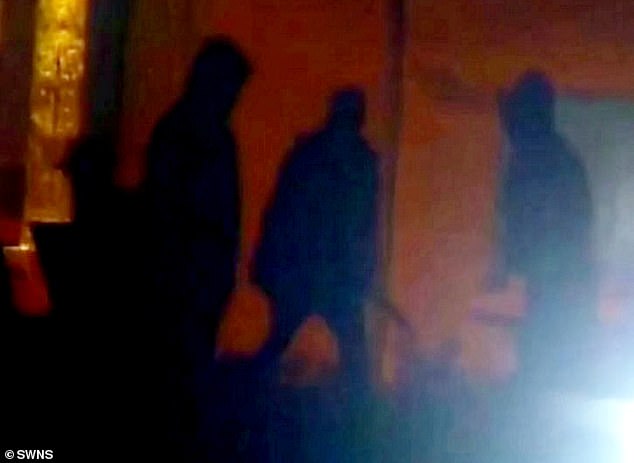 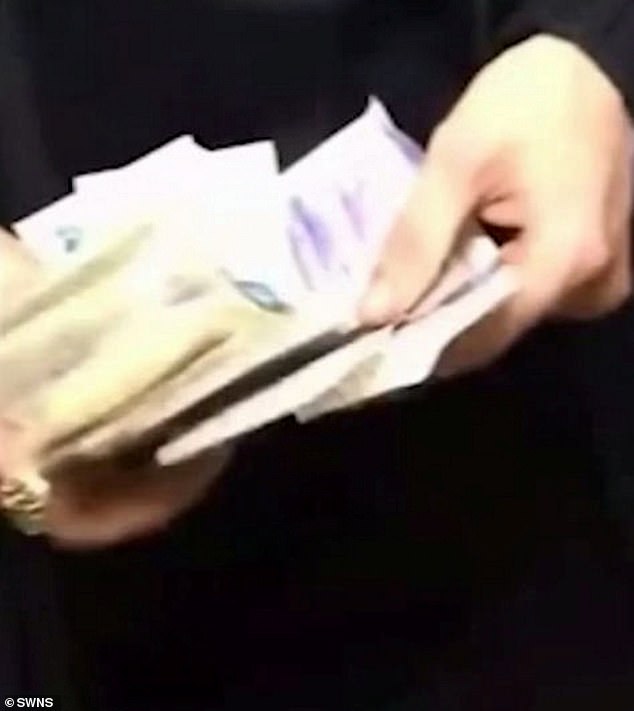 Snapchat footage showed the group at a party hours before the fatal attack as the group was seen with large amounts of money, drugs and knives

He was rushed to hospital by ambulance with an 11-inch-deep single stab wound to his lower back.

He was given emergency surgery but sadly died at about 5am after suffering ‘catastrophic’ bleeding.

In a victim impact statement read to the court, Solomon’s mother said his killing had destroyed the family.

She said: ‘It has simply crushed our souls and I doubt the family can ever be the same again. 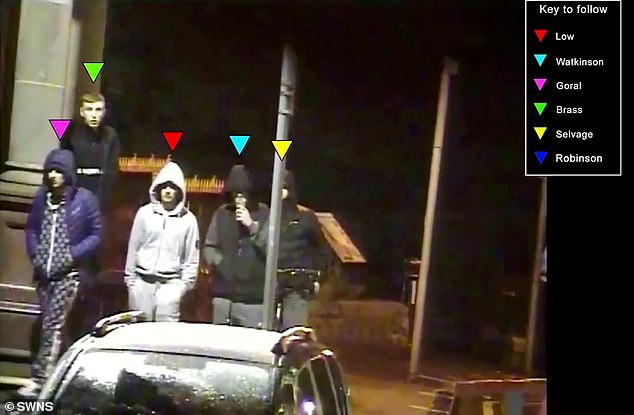 The jury was shown CCTV footage of the gang before the attack in Scarborugh, North Yorks 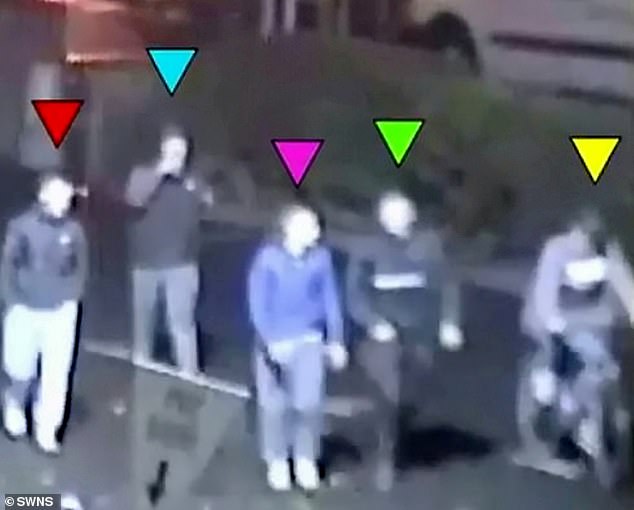 ‘There are no words to describe the pain, which we all feel, and that justice being served will hopefully give us some sort of light to help heal us.’

Speaking after sentencing, Detective Superintendent Fran Naughton from North Yorkshire Police said: ‘This was an appalling act of premeditated violence and our thoughts remain with Mr Robinson’s family as they attempt to come to terms with their devastating loss.

‘I would like to praise them for behaving with nothing but dignity, despite the court proceedings being very distressing at times.

‘After carrying out the brutal attack, the group fled the scene.

‘Their actions were cowardly and cold, and they have proven themselves to be dangerous individuals who have rightly been taken off our streets for a significant amount of time.

‘I hope the outcome can offer Mr Robinson’s loved ones some comfort that justice has been served.

‘I hope the sentence handed out sends a strong message to anyone who chooses to carry a knife. Just because you are not the one holding the weapon, it doesn’t make you any less responsible if damage is done because of it.’