This incredible footage captures the terrifying moment a go karter cheated death when the vehicle left the track and flipped in the air in Madrid.

The video, filmed at Rivas-Vaciamdrid Karting in Spain last Sunday evening, shows two karts speeding around the track before coming into a tight corner.

One hits the crash barrier at high speed and immediately veers into the next car, cutting across its path and crashing into another barrier, flipping over in the air.

In a shocking moment, the kart lands on the crash barrier on all four wheels.

Amazingly, the driver escaped unscathed because they were wearing a seatbelt and helmet.

Shocked onlookers stare on in silence as the driver moves around in the kart, before giving them a thumbs up.

They then dash onto the track to help. 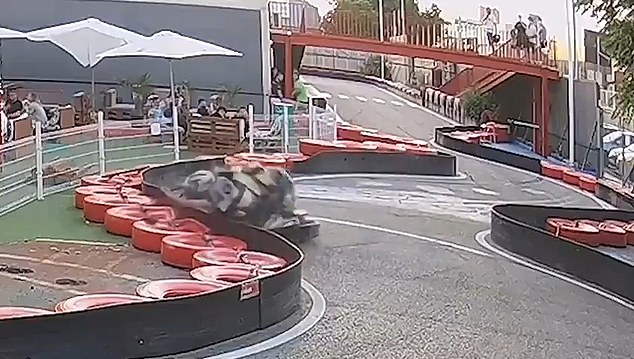 Both karts then bounced off of the crash barrier and into another one. 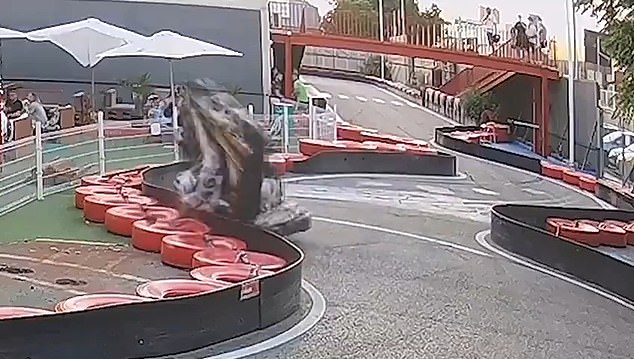 Meanwhile in the background, the other driver has stopped the kart and is seen shaking their wrist.

Miguel Angel Checa, CEO of the circuit confirmed that neither driver was injured and that the driver behind the kart that crash was ‘irresponsible.’

‘The security measures of the circuit, and our protocols in case of an accident were correct and worked very well,’ he said.

‘The accident occurred when the driver behind pushed the other driver like a bulldozer. 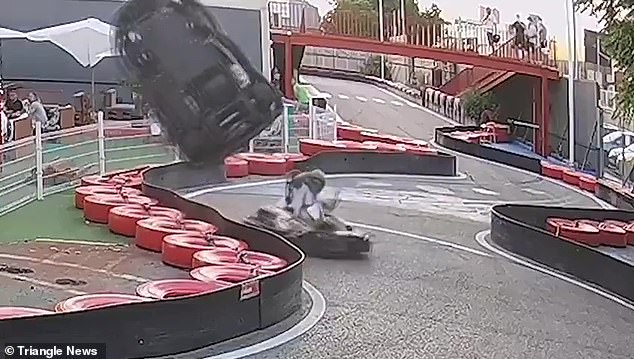 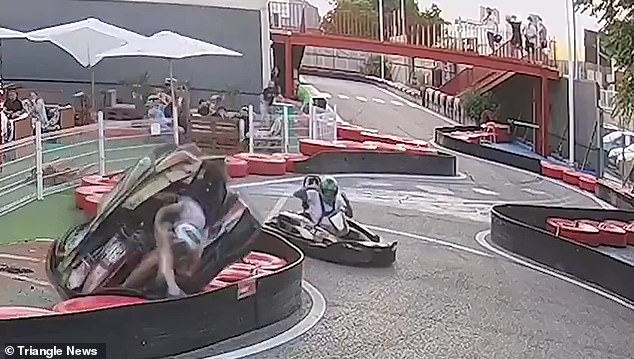 Shocked onlookers watch as the kart lands on the crash barrier 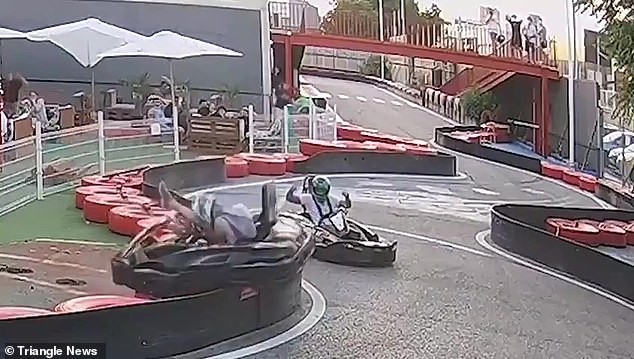 Miraculously, the kart lands on all four wheels and the driver escapes the crash unscathed

‘He didn’t brake until he hit the barrier and pushed him up.

‘That driver was irresponsible and will not return to our circuit.

‘We give written safety regulations and also before the drivers get into the kart we remind them by word of mouth.’