This is the moment a selfless father was pictured taking off his jeans and giving them to a shivering rough sleeper after spotting him wearing shorts outside a petrol station.

Johny Hindle had started a conversation with the homeless man outside a BP filling station in Wythenshawe, Manchester, and was worried about him spending the night in the cold.

In a quick-thinking act of kindness, the father took off the jeans he was wearing and gave them to the man, called Vinnie, to keep warm.

Johny Hindle saw a homeless man wearing shorts outside a petrol station in Wythenshawe, Manchester and took off the jeans he was wearing and gave them to him to keep warm

The selfless act was captured by passerby Becky Haigh who took a picture of the exchange that took place earlier this week.

She spoke to the Manchester Evening News about the moment and said that her daughter was moved to tears by the kindness she had witnessed.

‘I have never seen anyone do anything so kind,’ she said. ‘That took it to a whole new level.’

Johny had been on his way home from a day of Christmas shopping with his fiancée and their children when they had stopped at the petrol station.

His fiancée Courrie Webster said she is ‘unbelievably proud’ of him and that he is a ‘role model’ for their young children. 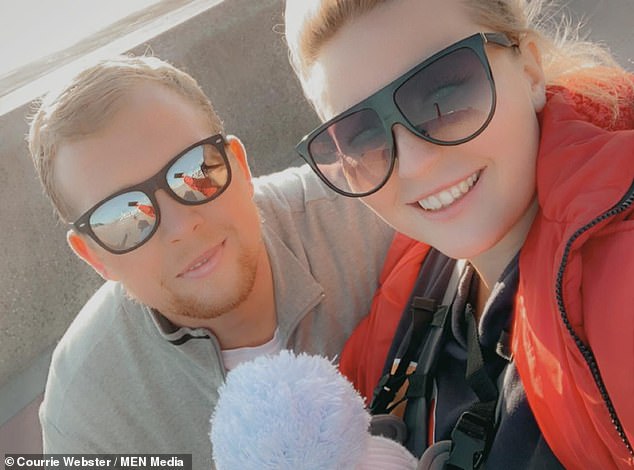 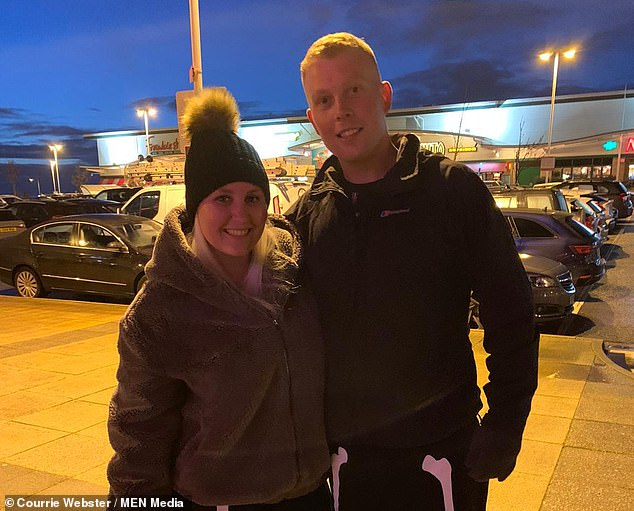 They spotted the homeless man and decided to give him some money so he could buy some hot food to keep warm.

However, when Johny went over to speak to the man, he found out that a kind woman had taken the man’s pants home to get them washed.

She was bringing them back tomorrow so he would have a clean pair of trousers but Johny insisted that he couldn’t stay outside in the cold weather with no pants.

‘Without hesitation, [Johny] took his own jeans off and gave him his pants,’ said Courrie.

Johny had been wearing a pair of shorts under his jeans so he was able to hand them over to the man on the spot. 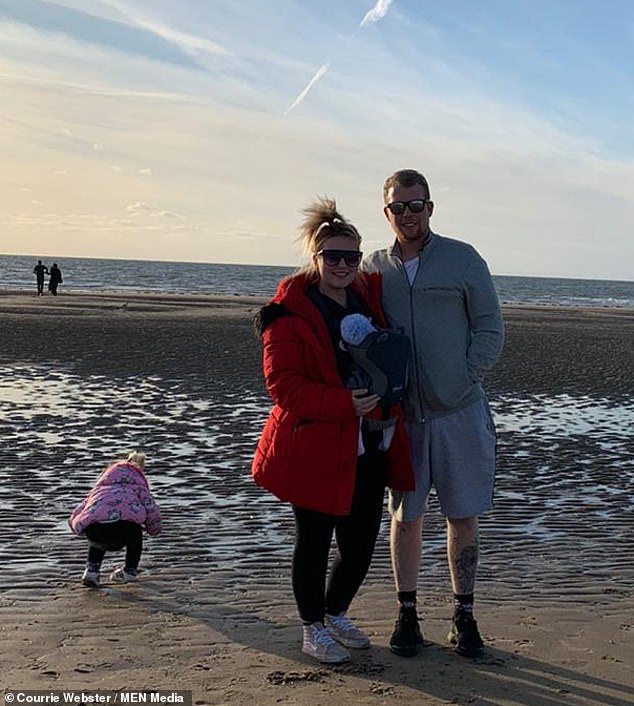 Courrie said the man had been ‘so grateful’ to receive the pair of jeans.

She said she was ‘unbelievably proud’ watching her partner and that she and her eldest daughter, Lola, were welling up with tears.

‘I am extremely proud of him and the selfless act he’s done,’ she said. ‘He made sure someone was that little bit warmer on a freezing cold night.

‘I’m proud he’s the dad to our son and such a role model to the four girls we share.’

After getting back in the car, the family decided to bring Vinnie more clothes and things to keep warm. 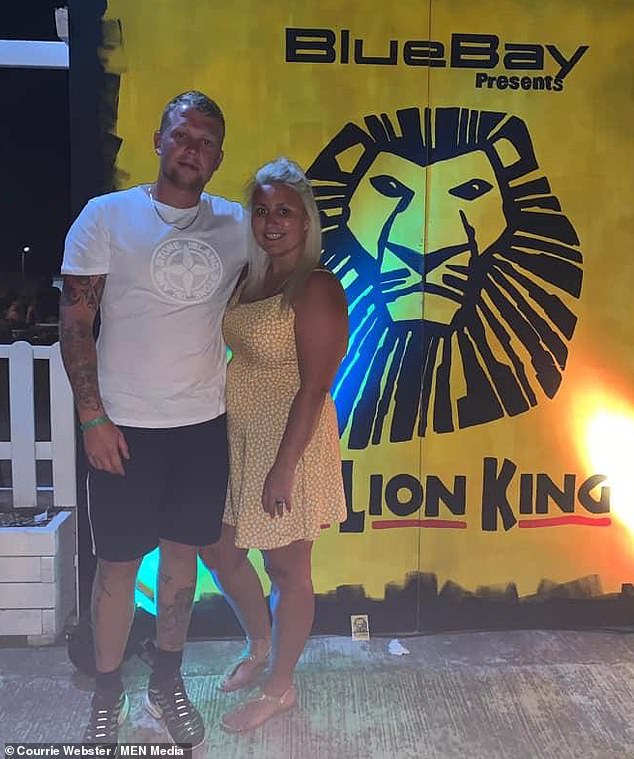 Afterwards, the young family packed a suitcase of clothes for Vinnie and drove around looking for him for an hour but were unable to find him

They packed up a suitcase of shoes, clothes, toiletries and a warm blanket for his dog, as well as a flask of hot soup and some snacks but when they drove back to the petrol station, Vinnie had already moved on.

The family drove around looking for him for an hour, and went out again the next day but were unable to find him.

They were then told Vinnie had left because fireworks were being thrown at him at the petrol station and had gone to the bus station for shelter.

Corrie said: ‘We really hope he gets the help he deserves because he was so polite and so grateful.’