This is the moment a man was rescued from a pick up truck which rolled off the edge of a towpath and into the River Thames.

The incident happened on Thameside Road in Henley-on-Thames shortly before 10.30 today.

The silver pick up truck was parked facing the river when it ended in the water. 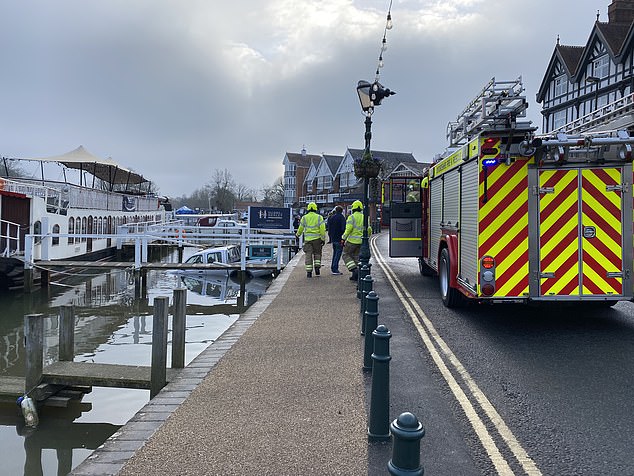 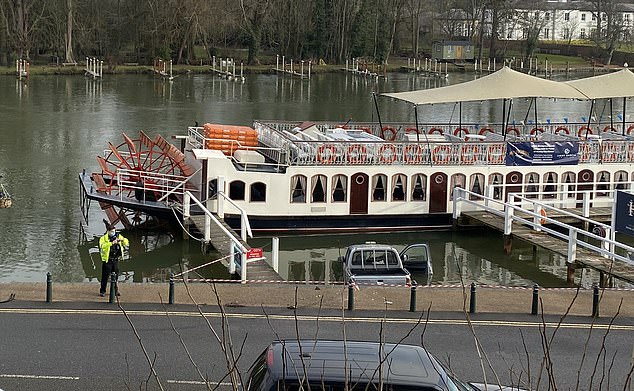 Fortunately, the driver was rescued without any injury after a passer-by helped him to safety

Fortunately for the driver, the water was not tremendously deep and did not cover the whole of his cab.

One man who witnessed the incident, told MailOnline: ‘I called the emergency services immediately and asked for all three services.

They all arrived within 10 minutes, the first being the fire service after about 4 minutes.

‘The driver doesn’t look to have sustained any serious injuries. I saw him immediately after the incident and then 45 minutes after, and he appears to be fine if not extremely shaken.

‘The ambulance crews have finished with him and he’s now being interviewed by the police.

‘The individual who helped him out the car was limping, but I don’t know if that’s because he was taken into the water with the car or because he had jumped in to rescue him and the water was extremely cold.’

A tow truck driver attended the scene shortly afterwards and used a hammer to smash the side windows so he could run a chain through the cab to lift the pick up from the river.