A brazen thief was caught on camera stealing a 14-foot-tall skeleton from a Texas front lawn in broad daylight.

Footage from a neighbor’s Ring doorbell camera captured the moment the thief drives up to the victims’ home in Austin in a white SUV at around 4.45pm Saturday before dissembling the skeleton and putting it in her trunk.

The apparently female thief with red hair could be seen in the surveillance footage getting out of her SUV and lifting its trunk.

She appears to take stock of the gangly Halloween decoration, pulling on the skeleton’s legs slightly before removing its base.

The woman then tips the giant skeleton over and could be seen trying to shove it in her trunk.

Afterwards, FOX News reports, the woman decided it was easier to pull apart the bones as she shoved them into her vehicle and drove away. 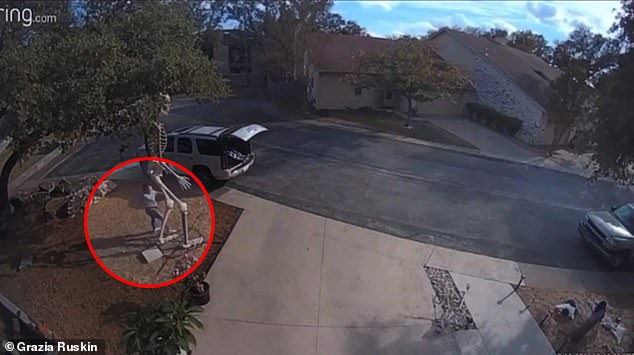 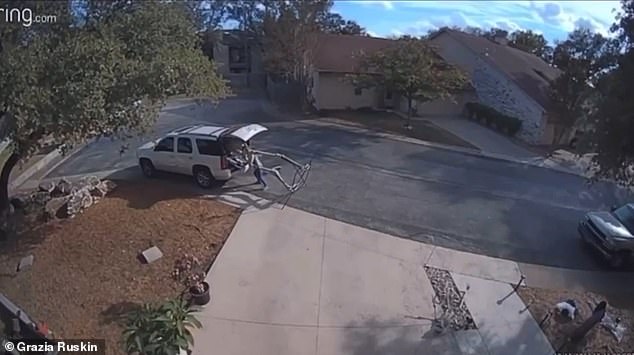 Grazia Ruskin, the president of the condominium community’s Home Owners Association, said the neighborhood was left shocked that the theft occurred when so many people are outside.

The neighborhood, located on a private drive, hasn’t seen any similar thefts since a string of car break-ins three or four years ago, Ruskin told KXAN.

After that, she said, the community upgraded its neighborhood lighting and requested residents use security cameras as a deterrent.

Ruskin said the victim is a single mother who was sick at the time, and her neighbors are now offering a $50 reward for any information on the skeleton’s whereabouts.

‘It is “just a Halloween decoration,” she told the news station. ‘But somebody invaded our space and they took [her] property, and that’s not okay with me.’ 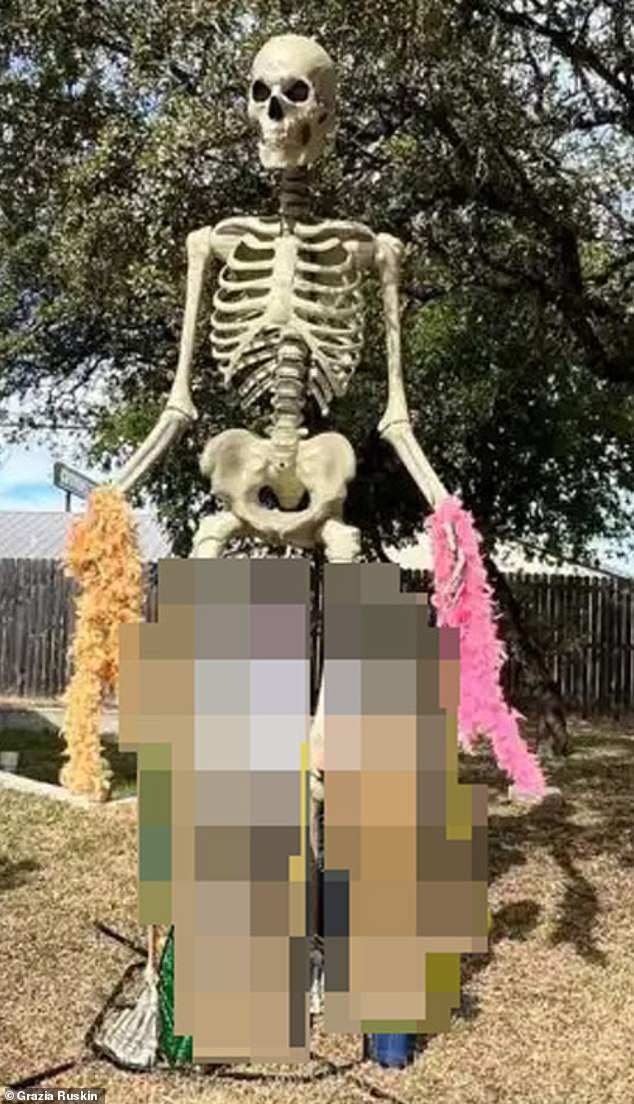 Ruskin now hopes that the $50 reward will hopefully incentivize whoever stole the decoration to return the piece.

‘The person that took this, maybe that $50 would go a long way in helping clear their conscience and, you know, pointing us in the right direction,’ she said.

‘If somebody is struggling to a point that their desperation leads them to stealing a Halloween decoration….we would come together, you don’t have to steal from us

In the meantime, neighbors are hoping that other Austinites may be able to identify the body snatcher from the video, in which she appears to be driving a third-generation Denali, manufactured between 2007 and 2014.

Other identifiable features include possible damage to the front bumper on the driver’s side; a black or chrome roof rack; a black antenna on the roof above the driver’s seat; and possibly missing license plates.

Anyone with information about the missing skeleton is asked to contact the neighborhood at oakshadowsatx@gmail.com.