It’s NOT your takeaway! Moment brave ‘Deliveroo rider’ catches brazen thief trying to steal her bike on busy street before she chases him away

This is the moment a brave woman stops a brazen thief in his tracks as he tries to steal her bike on a busy street.

Footage, which was captured by a witness in Newham, London, shows the man trying to break open the lock of the bike with a device as onlookers watch in shock.

Just moments later, a woman, wearing an orange helmet and a Deliveroo jacket, approaches the thief and shouts: ‘No, it’s not your bike!’

The man, who is wearing a grey tracksuit and mask, tries to break the lock on the bike in Newham, London 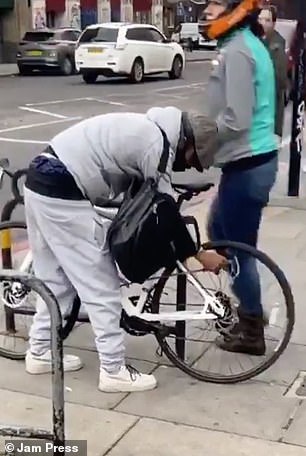 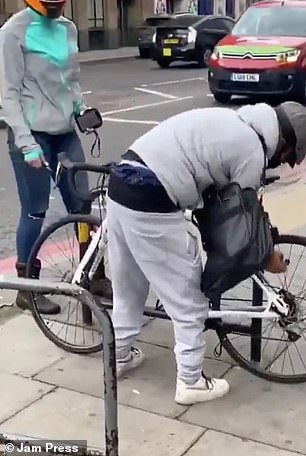 As the man tries to flee the scene with the bike a woman approaches the thief and shouts: ‘No, it’s not your bike!’

During the footage, the man, who is wearing a grey tracksuit and mask, tries to remove the bike from the stand.

He then pulls at the lock attached to the mode of transport as shocked members of the public watch his futile attempts.

Seconds later, the owner of the bike approaches the man and grabs the wheel of the bicycle, shouting: ‘No, it’s not your bike!’

She then pulls the back wheel of the bike and continues in her attempts to prevent him from stealing the ride. 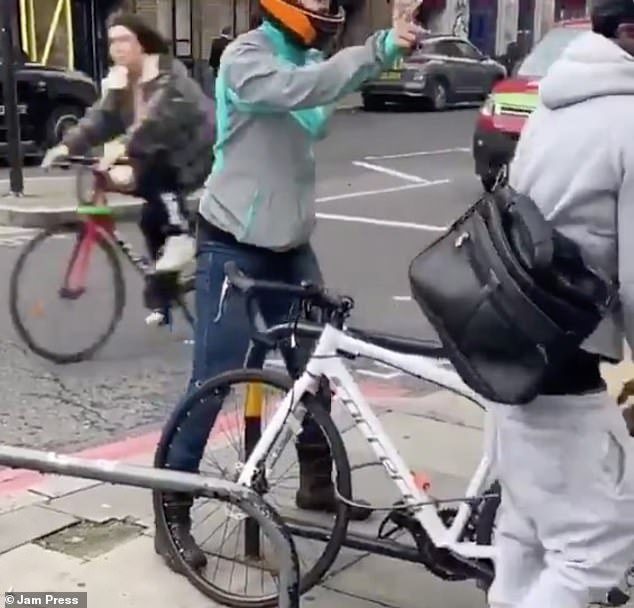 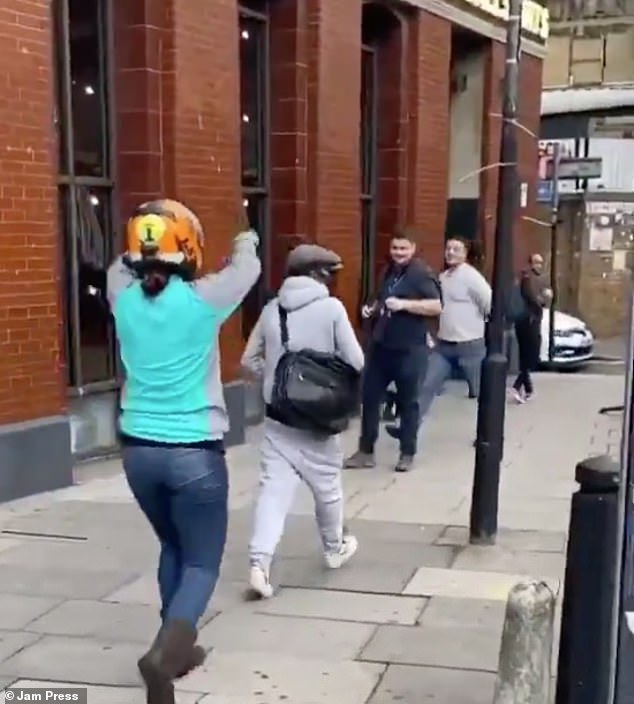 The man eventually gives up and swears at the woman before quickly storming away from the scene.

The woman waves her hands at man as onlookers at the scene clap and cheer for her.

It is not known if any arrests were made.