This is the moment CCTV footage captured a gun robbery inside a Tesco Express in West Sussex last week.

Sussex Police released footage of a man dressed in a beanie hat and green jacket, whilst also wearing protective equipment such as a white face mask and PPE gloves, threatening a staff worker with a silver handgun and stealing money from the store in Shoreham.

The incident took place at 6.27am on Friday May 15, with police detectives appealing to the public to give any information they can to help identify the man.

Two men, aged 30 and 38, from Shoreham were arrested on suspicion of robbery and have been released on bail until June 12.

Police have released CCTV footage of an armed robbery inside a Tesco Express in Shoreham, West Sussex which took place on Friday May 15 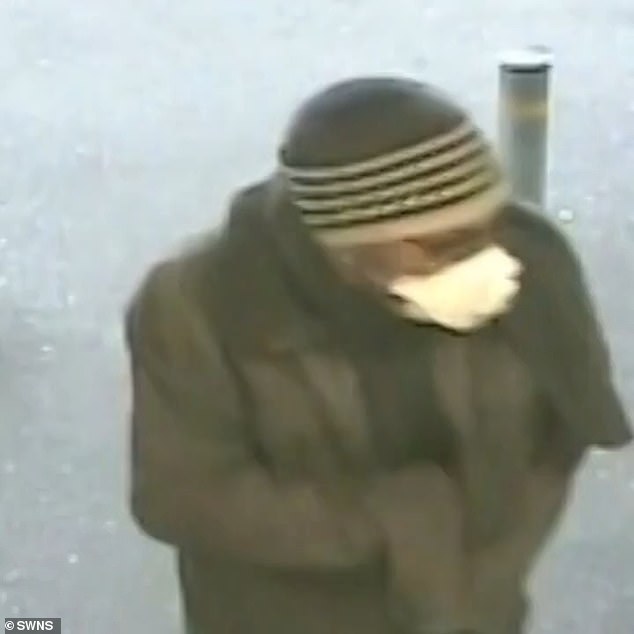 Sussex Police are seeking help in identifying the culprit, who walked into the store wearing a beanie hat, green jacket and personal protective equipment in the form of gloves and a white face mask. Two men, aged 30 and 38, have been arrested on suspicion of robbery

The man was first spotted on CCTV walking into the store with a hand tucked inside his jacket by his right arm.

He then ordered a woman in Tesco uniform to go behind the counter and open the cash register.

Once the worker had opened the till before putting her hands up in the air, the man grabbed a large amount of cash before walking out the store. 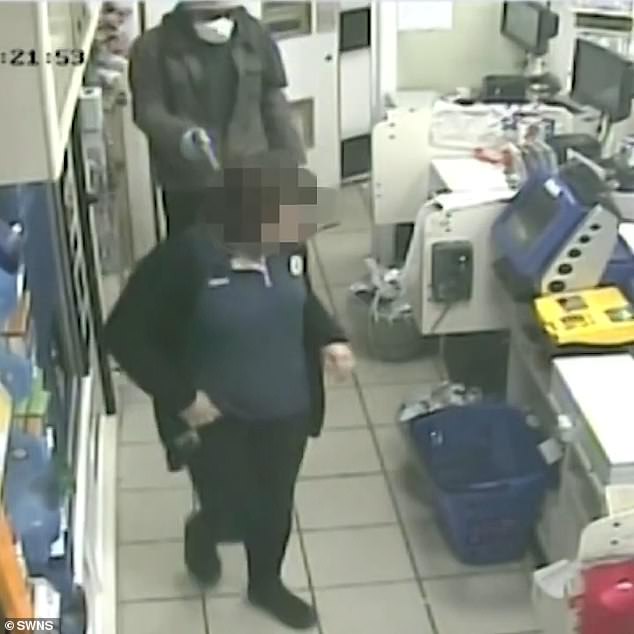 After entering the store, the man, who was holding a silver handgun, asked a woman in a Tesco uniform the door to go behind the counter and open the cash register 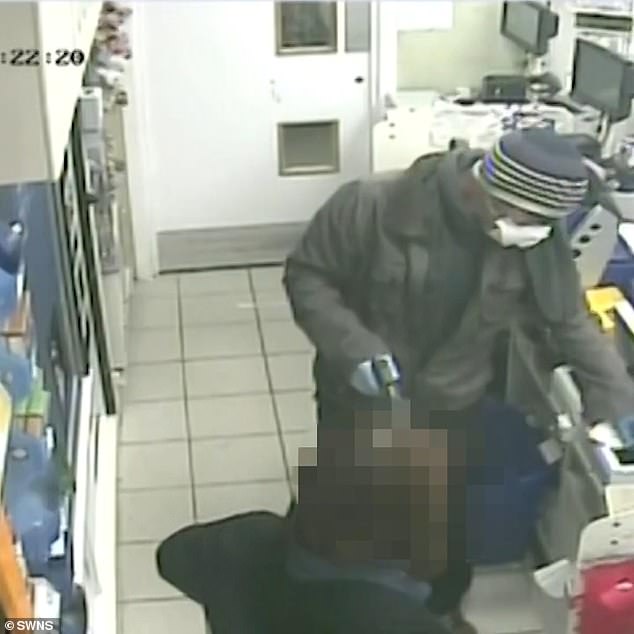 Once the worker had opened the till, the man took a large amount of money from the cash register before heading towards the exit 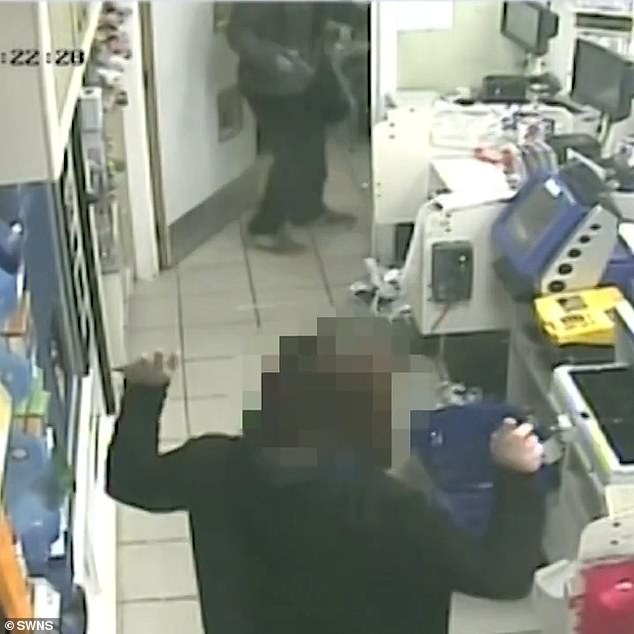 With the worker keeping her hands in the air, the man left the area behind the counter before walking outside the shop doors where he came in

Detective Sergeant Andy Ricks said: ‘This was a terrifying incident and we are seeking the public’s help in identifying the man in the CCTV.

‘I am hoping that someone may recognise the distinctive beanie hat or the green jacket worn by the suspect.

‘If you can help us in any way with our inquiries, please report online or call 101 quoting Operation Stafford.’