The parents of a murdered woman told of their relief at news her ex-NFL star former boyfriend has been charged over the crime – and say they want him jailed for life.

Leslie Mandeville and Stephen Pomaski spoke exclusively to DailyMail.com on Friday, a day after former Washington Redskins and San Francisco 49ers player Kevin Ware Jr, 41, was charged with the murder of their daughter Taylor Pomaski, 29, in April 2021.

If convicted of murder, Ware, of Houston, faces the possible sentence of 15 years to life in prison.

Taylor’s mom, Leslie Mandeville told DailyMail.com on Friday that she cried when she learned about Ware’s indictment.

‘I sobbed for a good 10 hours feeling relief, sadness, everything has been so painful,’ she said. ‘We are grateful we reached the point of charges that is what we hoped for and here we are.’ 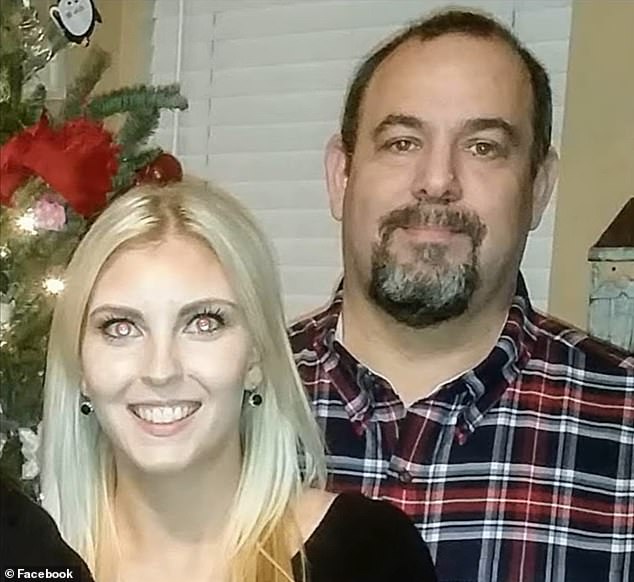 Taylor with her dad, Stephen Pomaski, in an undated photo

On Friday, it was also revealed in court documents obtained by KHOU11 that Ware murdered Taylor by cutting her, hitting her with a blunt object and strangling her.

Taylor, who had been in a relationship with Ware for about a year had been living with him in his Spring, Texas home. She was last seen on April 26, 2021, at a party that was held at Ware’s home, where she was living at the time.

After Taylor’s distraught parents reported her missing, her boyfriend would soon become a person of interest for investigators.

A mother’s instinct, Leslie told DailyMail.com, was that she knew early on something wasn’t right.

‘He [Kevin] said he was doing all he could to find her but his story kept changing. It didn’t sit right with me.’

Leslie left it up to authorities to find her eldest child and she and her family waited and prayed as Taylor’s 30th birthday (April 4) came and went, Christmas and New Year’s came and went.

‘I want him [Kevin] to be held accountable,’ she told DailyMail.com. ‘Before he went to college, he was held on robbery charges and at the University of Washington he assaulted a campus police officer and still went into the NFL.’

She added that he allegedly committed crimes even ‘after he was released from the NFL. He still hasn’t gone in front of a jury on the drug and weapon charges back from April  19, 2021,’ she said.

‘I want him convicted and to spend the rest of his life in jail,’ Leslie said. 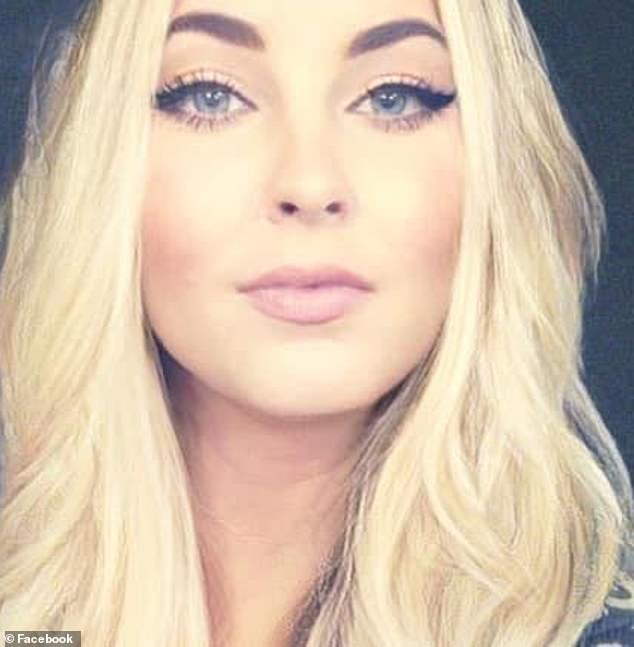 Taylor Pomaski, 29, was last seen on April 26, 2021 leaving a party at the Harris County home she shared with her boyfriend, Kevin Ware, Jr., 41, who has been indicted on her murder 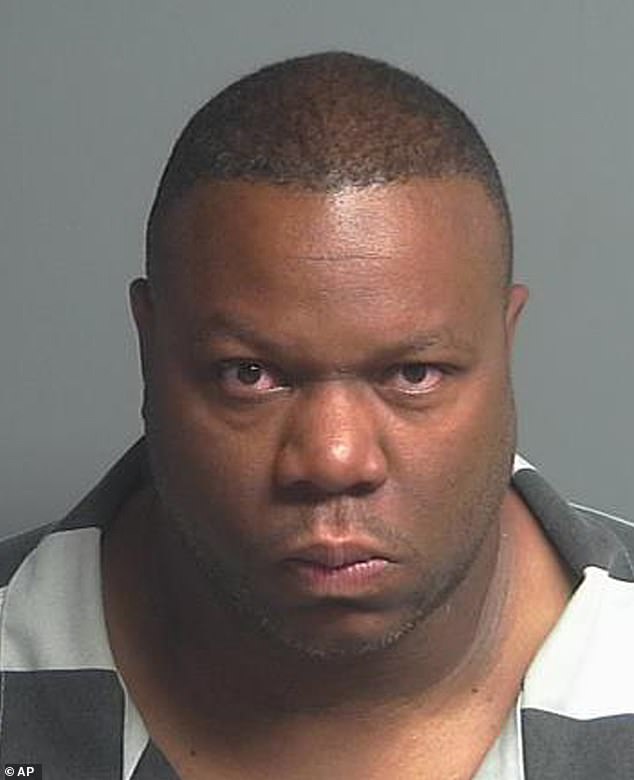 Ex-NFL football player Kevin Ware, Jr. (pictured) has been indicted for killing his girlfriend 29-year-old Taylor Pomaski who disappeared under suspicious circumstance more than a year ago. Ware, 41, was charged in the murder and tampering with a corpse by a Harris County grand jury on Thursday, according to a statement issued to DailyMail.com by the Harris County District Attorney’s office

Stephen Pomaski, Taylor’s dad added: ‘Taylor will never live another day of her life free, why should he?’

Since Thursday’s indictment was announced, Stephen told DailyMail.com that he misses his daughter, their weekly conversations and the time they shared together.

‘I spend my days angry and sad,’ he said. ‘She [Taylor] was the foundation to our family for many, many years. I can never hold her again or tell her that I love her. Knowing I will never see her again is absolutely heartbreaking.’

He adds: ‘I only hope justice gets served taking my baby girl from her family.’

Taylor’s four younger siblings have been protected to a certain extent from the horrifying news but once Taylor’s remains were found in December and they were identified in April, Leslie said we had to have some very difficult conversations.

‘We told all the kids together, but made sure we had one on one time with them as well. I was thankful we could all get through it together,’ she said.

Taylor’s dad added: ‘Knowing that her younger brother and sisters will never see her potential in life or be influenced by her that kills me. I know how much they loved her.’

The former star tight end for the Washington Redskins and San Francisco 49ers has been held in Montgomery County without bond on unrelated drug and weapons charges since June of 2021.

In the statement, Ogg said: ‘We will follow the evidence wherever it leads and apply the law equally to all.’ 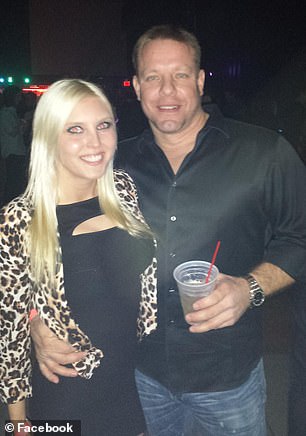 Taylor with her longtime friend and former boyfriend, Eric Zuleger, who has remained close to Taylor’s family since the day of her disappearance

Eric Zuleger, who had been in a long-term relationship with Taylor prior to Ware, has been in agony since she disappeared.

Zuleger was the last person to see and speak to Taylor in the days before she vanished.

He said that he witnessed the relationship with Taylor and Ware slowly decline months before her death.

‘Taylor knew that he was abusive and she was in trouble and had to get out of the relationship,’ he said.

The last time he had seen Taylor was on April 4, 2021, Zuleger said he was very concerned with how she looked.

He said she had bruising and swelling on her face, and appeared very thin. ‘She didn’t look healthy,’ he sad. 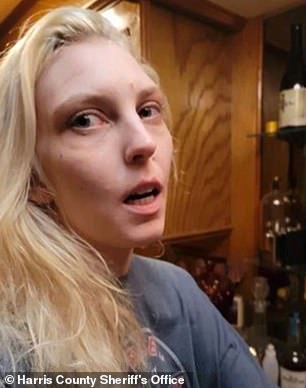 The last time Zuleger had seen Taylor was on April 4, 2021. He said he was very concerned with how Taylor looked. He said she had bruising and swelling on her face, and appeared very thin. ‘She didn’t look healthy,’ he said

He described her as a ‘proud woman,’ who expressed herself and was fearless.

Zuleger said that she was getting to the point when she ready to get out of the relationship.

According to reports, others said the night Taylor disappeared the pair had a ‘violent fight.’

He said Ware had taken away a cell phone weeks prior and she was only able to communicate through email.

He said the last time he spoke to Taylor was right before she went missing. She said she sent him an email that said: ‘I need to talk to you.’

He responded, ‘Ok,’ but that was the last time he heard from her.

Looking back, Zuelger said that ‘Taylor didn’t know she was in the danger she was in.’

At a candlelight vigil they had in Taylor’s memory in April, Zuleger said an unidentified woman who attended the service wept as she spoke about how she was bullied by Ware when she was a child growing up.

‘Kevin terrorized this woman. He was a bully,’ Zuleger said. ‘Kevin’s parents were aware of the bullying going on as long as he played football.’

Zuleger feels hopeless and wished he could have done more to save his friend.

‘She said Taylor came so close to leaving the relationship,’ he said. ‘The sad part is there is no closure.’

Six days before Taylor went missing, Ware was stopped by Montgomery County Officers for driving 115 mph, and a search of his vehicle found cocaine, marijuana, methamphetamines’ and a loaded AK-47 and loaded 9mm pistol.

‘Ware’s friends only had to come up with $2,300 and they got him out and a few days later Taylor was murdered,’ Leslie said.

Zuleger expressed anger and frustration and said if Ware would have stayed in jail his friend may still be alive.

‘His drugs and guns were worth more than his bail,’ Zuleger said.

‘The family would love to know what the magistrate was thinking to reduce Ware’s bond more than 80 percent,’ he said.

‘It was a very quick release for a person with violent multiple felony charges, loaded guns and drug charges.’

On June 11, 2021, Ware was arrested by US Marshalls for violating his bond conditions.

Human remains were found in Northern Harris County, Texas on December 10, 2021, and on May 1, 2022 those remains were confirmed as Taylor’s.

Getting choked up Zuleger told DailyMail.com” ‘Taylor kept him [Ware] from hurting someone else.’ 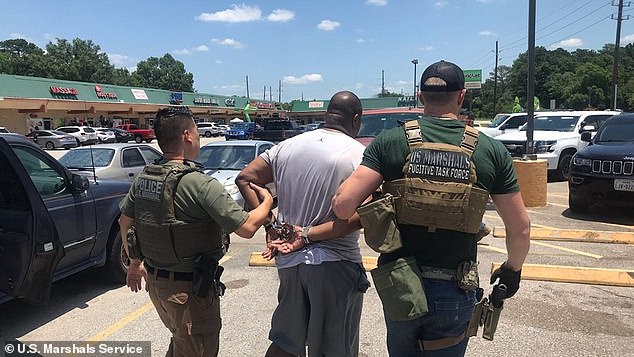 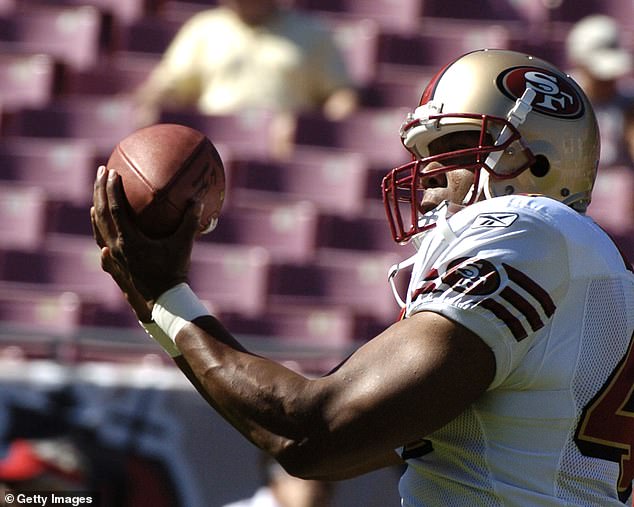 A photo of Kevin Ware, Jr. when he was playing for the San Francisco 49ers 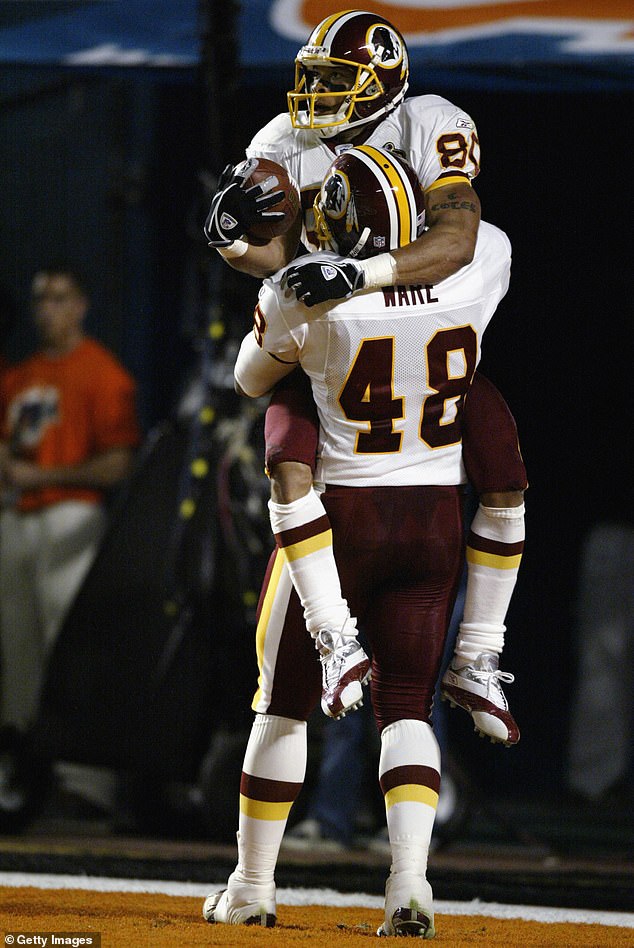 Timeline on Disappearance of Taylor Pomaski

April 25, 2021: Taylor Pomaski goes missing under suspicious circumstances. She was last seen in Spring, Texas at the home she shared with her boyfriend and former NFL player, Kevin Ware, Jr.

June 2021: U.S. Marshalls arrested Ware who was wanted for violating his bond. He was picked up after driving over 115 mph and weapons and drugs were found in his car

April 29, 2022: The remains were positively identified as Taylor’s

July 28, 2022: Kevin Ware, Jr. is indicted for murder in the death of his girlfriend Taylor Pomaski

Miller told DailyMail.com they conducted at least 12 to 14 searches. One of those searches was at Ware’s parents property located in Henderson Texas, about 100 miles away from where Ware was living with Taylor, but nothing surfaced.

‘We did so many searches and had so many disappointments,’ he said.

Until, a break came in the case in December 2021 when they found some bones and they were able to get DNA from it.

‘We were holding our breath,’ Miller recalled. ‘When we got the call it was her. All the effort was worth it.’

When Miller learned that Ware had been indicted he told DailyMail.com that ‘the family can now have a tiny bit of comfort.’

‘Kevin is going to be gone a long, long time,’ he said.

He added: ‘It’s another one we can put in the history books.’

Miller sadly knows all too well, the heartache involved.

In 1984, his daughter, Laura was kidnapped and murdered, when she was 16. Her remains were found 17 months after she disappeared.

Since Texas Equusearch inception in 2000, he and his team have worked on more than 2,200 cases, with searches leading to the discovery of 326 bodies and 428 living people.

He told DailyMail.com that ‘the not knowing is worse than knowing.’

‘It will never be like it was before it happened but just a little relief knowing. They still have a trail but the worse is behind them,’ Miller said.