‘It’s such a special feeling’: Molly-Mae Hague wells up as she discusses her pregnancy in emotional video

She’s due to welcome her first child in a matter of weeks.

And Molly-Mae Hague candidly discussed her pregnancy experience in an emotional video chat with her fans on Wednesday.

The Love Island star, 23, confessed she will miss having ‘a little person inside her’ as it had helped combat any feeling of loneliness when she was apart from boyfriend Tommy Fury.

Speaking out: Molly-Mae Hague candidly discussed her pregnancy experience in an emotional video chat with her fans on Wednesday

‘Like, literally you never feel alone. Why am I getting choked up saying that? What the hell?

‘You never feel…what the hell? You never feel lonely. You’re always with someone. And that is such a special feeling.’ 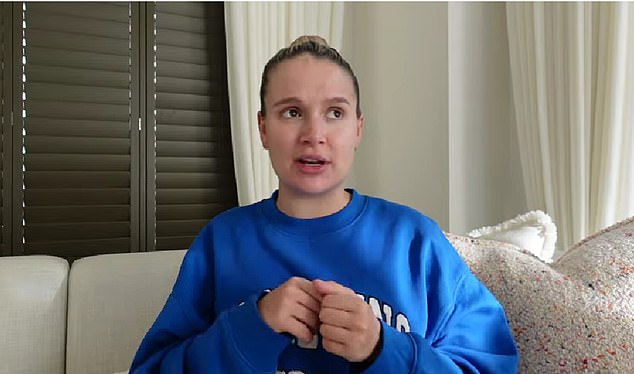 Struggle: The Love Island star, 23, confessed she will miss having ‘a little person inside her’ as it had helped combat any feeling of loneliness

The reality starlet continued: ‘Like, when I’m at the house and I’m home alone or Tommy’s nipped out, I never, ever feel lonely or by myself because you’re not.

‘You’ve got a little person inside you and are constantly in the company of someone else.’

Elsewhere in the video, Molly showed off her stretch marks and revealed she’s tried ‘every cream, oil and balm’ in a bid to get rid of them.

Speaking about her changing body, Molly-Mae told how she’d been on a ‘whole journey’ with her stretch marks, which she dubbed her ‘tiger stripes’ as she told how she ‘stupidly’ didn’t think she’d get any.

The star also revealed she is going to try her best to have a natural birth and feels ‘positive and excited’ for when the times comes.

When asked by a fan if she was nervous for labour, Molly-Mae replied: ‘Guys do you know what is obscene or insane? I do not feel one bit scared about labour. It’s scaring me that I’m not scared.

‘You guys know with needles, blood tests I have a massive phobia of it.’ 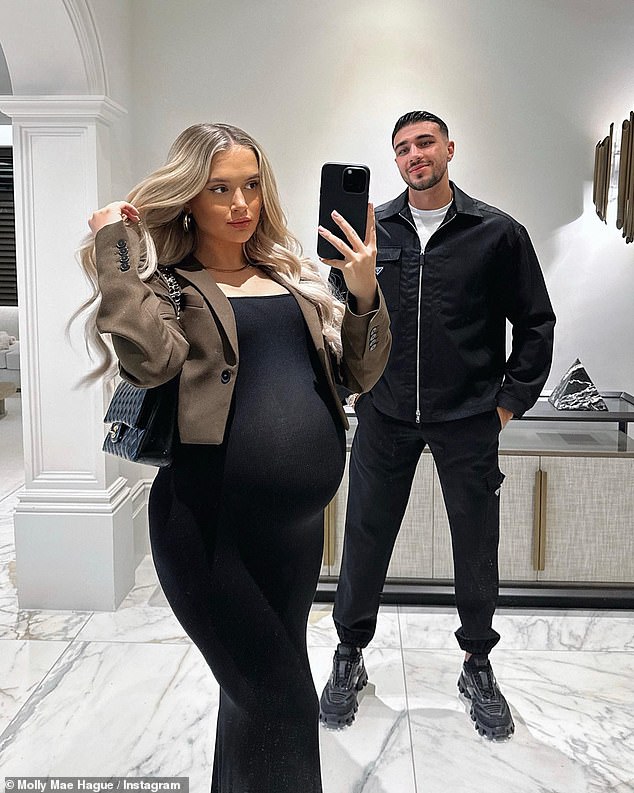 Parents-to-be: Molly-Mae and boyfriend Tommy Fury are excited to be first time parents and are set to welcome their baby girl in a matter of weeks