Moderna and the Food and Drug Association (FDA) have been accused of concealing data during the approval process for the pharma giant’s bivalent Covid booster.

Vaccine advisors who signed off on the updated shot late last year claim they were not shown trial data that indicated the booster was actually less effective at preventing Covid than the older vaccine it was meant to replace.

While the early trial results had substantial limitations, ‘disappointed’ and ‘angry advisors say its omission from panel discussions shows a remarkable lack of transparency.

US taxpayers ended up shelling out nearly $5billion on the new booster, which was intended to enhance immunity against new variants.

The infection data not shared with advisors, although from a limited sample size, indicated that the the new bivalent booster was actually LESS effective than the original vaccine at preventing new strains of Covid-19. 3.2 percent of study participants given the new vax went on to catch the virus, compared to just 1.9 percent of those given the old shot

For new vaccines to be approved, both the FDA and Centers for Disease Control and Prevention (CDC) must convene their advisory boards and make presentations to a panel of advisors. This panel of objective reviewers then votes on whether or not to recommend its approval.

It is these independent advisors – including infectious disease experts and vaccinologists from Stanford, the University of Pennsylvania and Harvard – who are now raising concerns about the partial information shown to them during approval discussions for the bivalent booster.

At both an FDA meeting in June and a CDC advisory panel in September, experts were shown reams of information suggesting that the new bivalent vaccine was more effective than its predecessor.

These results were based on lab tests in which blood taken from bivalent vaxxed people were exposed to omicron and then compared to samples from people vaxxed with the older shot, in order to gauge how well each elicited Covid-fighting antibodies.

Other data from the same study was not presented to the panels, however, which looked at actual infections – who caught Covid-19 and who did not.

The withheld data indicated that 3.2 percent of study participants who got the updated bivalent vaccine became infected – compared to just 1.9 percent of those who received the original booster. 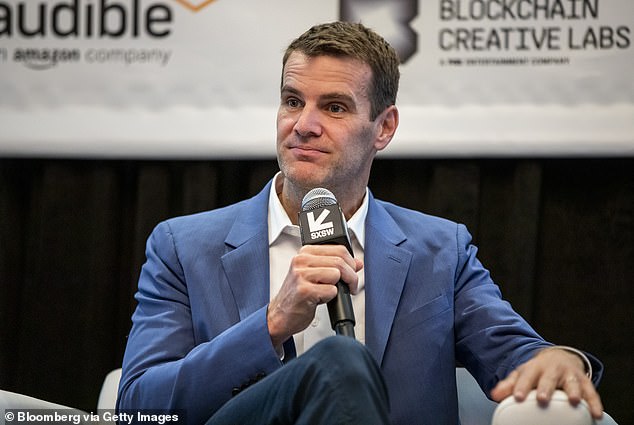 Dr. Stephen Hoge, the president of Moderna, did not discuss findings that indicated the new bivalent booster was less effective than the original shot during his presentation to the panel in June

Six out of 35 advisors to the CDC and FDA say that limitations to the data would not have changed how they voted.

These limitations included the small number of study subjects and a lack of double-blind procedure, which ensures neither doctor nor participant know which vaccine is being given to whom.

But, the advisors argue it should have been shown to them regardless.

Dr. Eric Rubin, a specialist in immunology and infectious diseases and a member of the FDA vaccine advisory committee, told CNN: ‘[We’re] not a group of children. We understand how to interpret these results.’

Moderna and FDA spokespeople seem to be in disagreement over who exactly is responsible for the data’s omission during these crucial discussions.

In an email to CNN, Moderna spokesman Christopher Ridley said the company shared the infection data with the FDA before the agency’s panel’s June meeting, after being asked for an update on the ongoing study.

The study was posted publicly online as a preprint on June 25, three days before the panel met.

FDA spokesman Michael Felberbaum, however, claims that the FDA received the pre-print less than a day before the advisory committee meeting – which he says rendered it too late to be reviewed and included in the agency’s meeting materials.

Regardless of when exactly the study was sent to or received by the FDA, certain contents from it were shown to its panel of advisors by the President of Moderna himself, Dr. Stephen Hoge.

According to videos and transcripts seen by CNN, Dr. Hoge referred solely to the data that demonstrated the bivalent booster’s supposed superiority at eliciting antibodies during his presentation to the committee at the end of June.

However, data from the same study pointing to the booster’s poor performance at preventing Covid infection relative to its predecessor was conveniently left unmentioned.

Dr. Jacqueline Miller, a senior vice president at Moderna, is accused of showing similarly cherry-picked material during her presentation to CDC advisors in September.

Even when asked explicitly about cases of Covid in those who received the original vaccine versus the booster by a member of the panel, Dr. Miller gave an allegedly incomplete answer.

Citing disease incidence rates both among those with and without evidence of prior infection – which showed the bivalent booster in a much more positive light – Dr. Miller failed to mention that of the hundreds of study participants who had not previously had Covid, the original vaccination was markedly more effective at preventing infection. 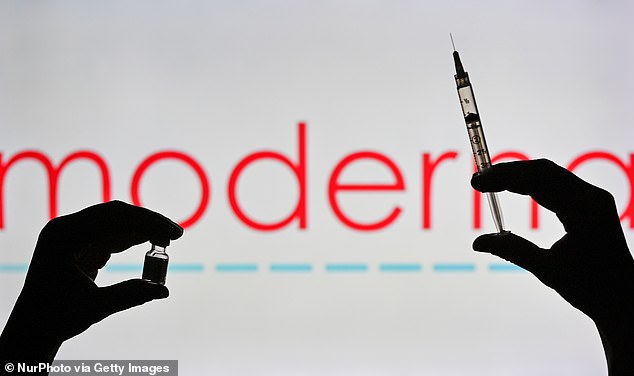 The US government agreed to purchase the bivalent booster from Pfizer and Moderna shortly after the panel voted to approve it – resulting in a $3.2billion contract for Pfizer and $1.74billion for Moderna

A former FDA scientist told CNN that there was no excuse for excluding the study from meeting material, regardless of how short the time frame was.

Dr. Philip Krause, who once helped run the agency’s vaccine division, said that the failure to present such important data during either meeting ‘raises questions about the ability of the process to provide a full and transparent review of the data’.

Dr. Krause’s main concern was over regaining a recent loss of public trust in the FDA.

The critical thing, he implied, was that Americans’ faith in the FDA’s ability to objectively review data and make informed decisions was not compromised.

Flip-flopping policy on mask wearing, as well as whistleblower allegations of both the CDC and FDA altering Covid guidance under political pressure, have both contributed to public trust in governmental health agencies slowly dwindling during the pandemic.

The bivalent booster, which became available to all Americans over 12 at the end of August, has had a remarkably low take-up compared with the first two doses of the vaccine.

According to CDC data, only 15.4 percent of the US population has received the bivalent booster – compared to the almost 70 percent who got the original set of jabs.

Even among the most at-risk age group – 65 and over – a mere 38 percent have since chosen to get the new shot.

Vaccine hesitancy, especially surrounding the mRNA Covid jab, remains rampant in the US.

These vax-sceptics are concerned with a lack of transparency around the vaccine development and approval process – fears that will presumably only be further fueled by these recent allegations made by FDA advisors themselves.

Six months on from the FDA advisor meeting, Moderna is yet to release data from another randomized Phase 3 trial of 3,000 participants, that compares infections in participants who received the new booster to those who got the old shot.