Mobster Peter Gotti (pictured in 2002), has died while serving a federal prison sentence, a person familiar with the matter said

Gotti, 81, died of natural causes while incarcerated at the Federal Medical Center in Butner, North Carolina, said the person, who could not discuss the matter publicly and spoke to the AP on condition of anonymity.

Gotti was sentenced to a 25-year term for his conviction in 2004 on racketeering and other charges alleging he took command of the Gambinos after his brother was locked up.

Sammy ‘The Bull’ Gravano testified against Gotti, which ultimately landed him in prison.

It was previously reported that Gotti had placed a $70,000 bounty Gravano’s head.

Gotti was already serving a separate sentence when he was convicted in 2004.

Upon hearing the news of Gotti’s death, Gravano told Newsday: ‘It is the closing of the Gotti era.’

‘I don’t like to hear about anybody dying in prison,’ Gravano added.

He had sought an early release in late December, citing his poor health and his rejection of the gangster life, in an effort to avoid dying in prison. Gotti served more than 17 years behind bars, authorities said. 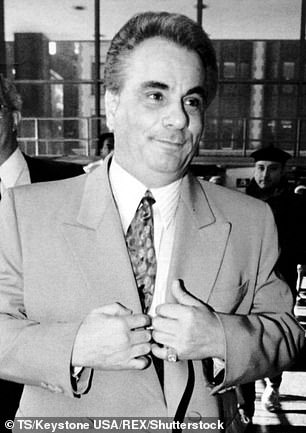 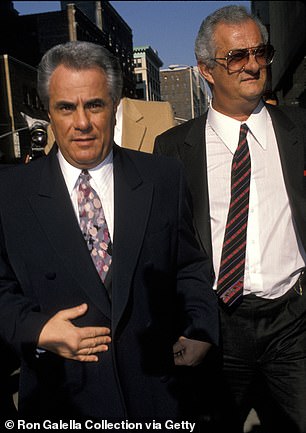 Gotti, who is the brother of notorious Gambino crime boss John Gotti (left and right, with Peter), died of natural causes while incarcerated at the Federal Medical Center in Butner, North Carolina

John Gotti, who was known as both the ‘Dapper Don’ because of his expensive suits and silvery swept-back hair, and the ‘Teflon Don’ after a series of acquittals, was serving a life term for racketeering and murder when he died of cancer in 2002.

Peter Gotti had been sick for some time, suffering from thyroid problems, and was blind in one eye, said Lewis Kasman, a former mobster and close confidant of John Gotti.

Kasman recalled Peter Gotti as a ‘regular knockaround guy who didn’t let his title go to his head’.

His kindness, however, made him ill-suited to lead the Gambino crime family, Kasman said.

‘He was trying to do his brother’s bidding and he had a tough task,’ he said. ‘A lot of the captains were very upset with him because he wasn’t a strong boss. The Lucchese family walked all over him.’

Gotti worked as a sanitation worker and collected a disability pension until taking over as acting Gambino boss in 1997 and as boss in 2001. 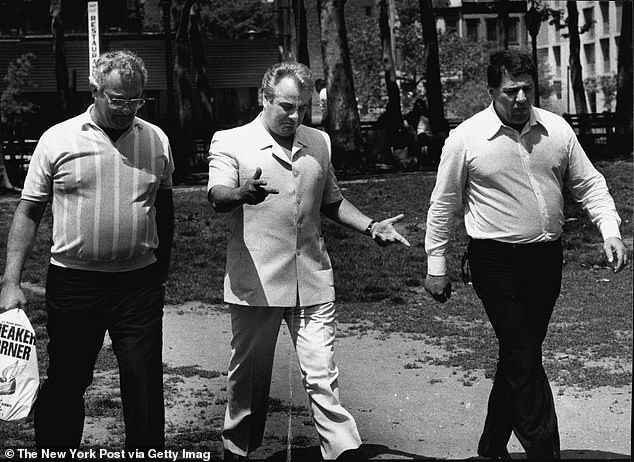 Peter Gotti (left) had been sick for some time, suffering from thyroid problems, and was blind in one eye, said Lewis Kasman, a former mobster and close confidant of John Gotti (center in 1986) 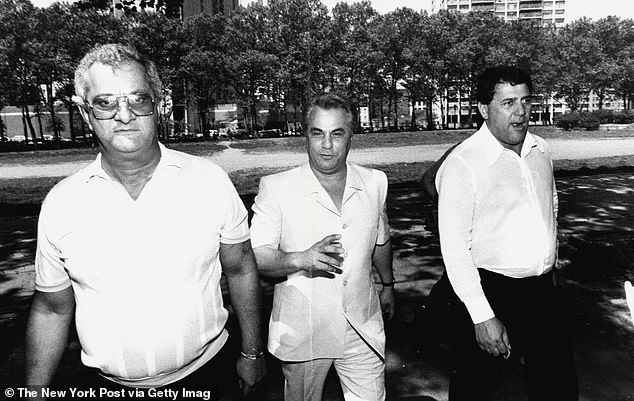 Kasman recalled Peter Gotti (left in 1986 with his brother John, center) as a ‘regular knockaround guy who didn’t let his title go to his head’

Bruce Mouw, the former FBI agent who ran the investigation that ultimately led to Gotti’s arrest, said that while working for his brother, Gotti mainly collected the money.

‘He got made in 1986,’ Mouw told Newsday Thursday night. ‘Peter was a loyal soldier and very loyal captain. His main job was to collect the money.’

Gotti became the head of the Gambino family in 1985 after engineering the assassination of former boss Paul Castellano, Mouw said.

‘He was a good captain but as far as a boss he was a disaster and the family went down hill,’ Mouw said about Peter Gotti.