‘If the leaked opinion became the final opinion, legislative bodies – not only at the state level but at the federal level – certainly could legislate in that area,’ McConnell, of Kentucky, told USA Today on Thursday.

‘And if this were the final decision, that was the point that it should be resolved one way or another in the legislative process. So yeah, it’s possible.’

However, McConnell remained cautious when addressing whether Republicans would pass abortion banning legislation if they were to win back the Senate in the upcoming midterm election.

McConnell’s remarks come in response to a Supreme Court draft opinion written by Justice Samuel Alito that revealed that the court has voted to strike down the landmark 1973 ruling Rove v. Wade, which legalized abortion in the United States.

The draft opinion, which was published by POLITICO on Monday, comes amid nearly 50 years of federal abortion protections and could change before the ruling is finalized in coming weeks.

Democrats have expressed great disapproval of the SCOTUS opinion, alleging overturning Roe v. Wade would be ‘one of the worst and most damaging decisions in modern history’.

President Joe Biden, in a statement issued hours after the leak, said women have a ‘fundamental’ right to an abortion and called on American voters to ‘elect pro-choice officials this November.’

He also pledged the White House would be ‘ready when any ruling is issued.’

Biden reasserted his position after SCOTUS confirmed the draft was authentic late on Tuesday morning, telling reporters it was ‘really quite a radical decision’ and ‘a fundamental shift in American jurisprudence.’ 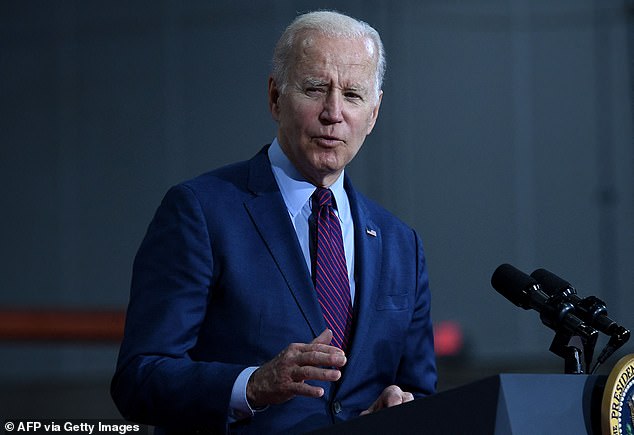 President Joe Biden (pictured in Ohio on Friday), in a statement issued hours after the leak, said women have a ‘fundamental’ right to an abortion and called on American voters to ‘elect pro-choice officials this November’ 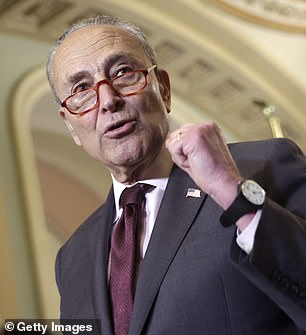 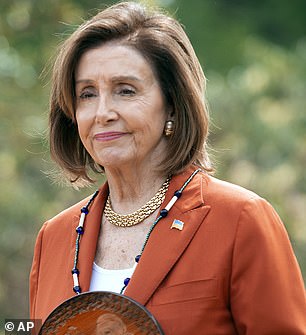 ‘If the report is accurate, the Supreme Court is poised to inflict the greatest restriction of rights in the past fifty years – not just on women but on all Americans,’ the pair penned.

‘The Republican-appointed Justices’ reported votes to overturn Roe v. Wade would go down as an abomination, one of the worst and most damaging decisions in modern history.’

Schumer then said on Tuesday he would force a vote this upcoming week to codify Roe v. Wade. 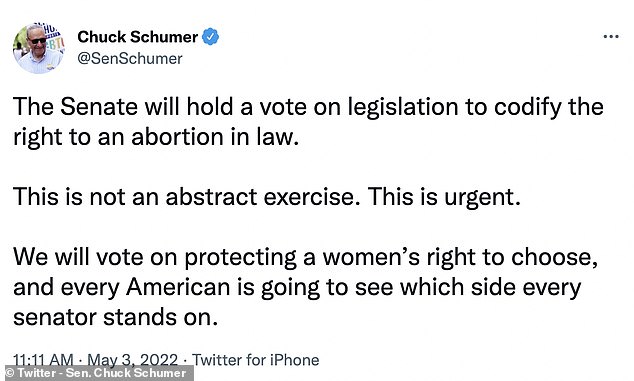 ‘A vote on this legislation is not an abstract exercise. This is as urgent and real as it gets. We’ll vote to protect a women’s right to choose,’ he tweeted.

However, analysts predict the vote will fall short because the measure doesn’t have the necessary 60 votes to advance. Regardless, Democrats remain eager to get the GOP’s votes on record ahead of the midterms, likely to further their efforts to sway Americans to vote blue.

Similarly, Democratic Senatorial Campaign Committee issued a statement Saturday citing McConnell’s USA Today interview in an effort to fire up its base.

‘Mitch McConnell confirmed what voters have long known: Republicans will use every tool they can, from the courts to Congress, to make abortion illegal everywhere and strip away a woman’s right to make our own decisions,’ the statement read.

‘For voters, the stakes of protecting and expanding our Democratic Senate majority in 2022 have never been higher.’ 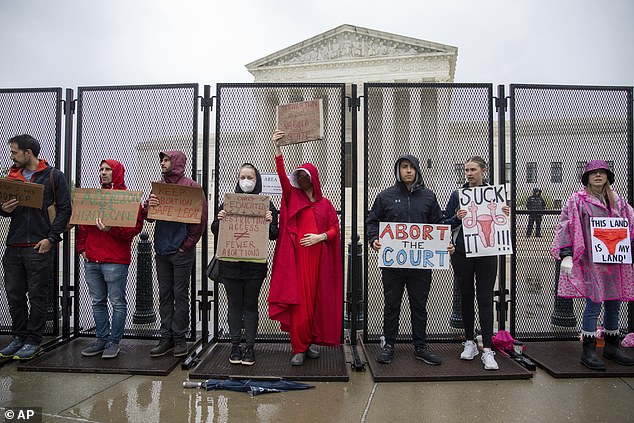 Abortion-rights protesters hold signs during demonstration outside of the U.S. Supreme Court on Saturday 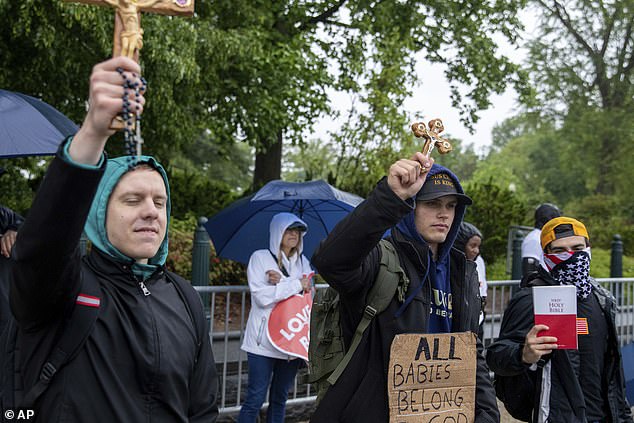 Anti-abortion protesters hold a demonstration across the street from the U.S. Supreme Court on Saturday 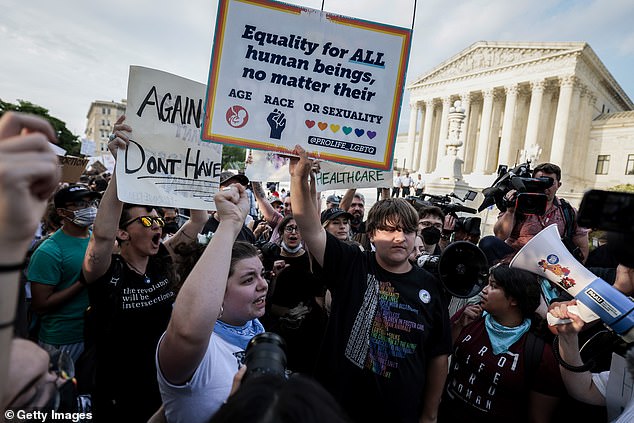 Meanwhile, abortion rights protesters rallied across the U.S. on Saturday, vowing to fight to ensure that abortion remains a legal option for women nationwide.

In the nation’s capital, abortion rights protesters stood outside the Supreme Court, holding signs that said abortion is a human right, or ‘Abort the Court.’

Protesters who opposed abortion demonstrated across the street.

In Maryland, demonstrators rallied outside the homes of conservative Justices John Roberts and Brett Kavanaugh, shouting ‘you don’t care if people die’ and ‘keep abortion safe and legal.’

Liberal group ShutDown D.C. already plans to host a ‘Vigil for Abortion Rights’ outside of Justice Alito’s house on Monday.

Next Saturday, America is expecting a ‘massive’ day of action with nationwide rallies organized by Planned Parenthood, UltraViolet, Women’s March and MoveOn.

The protest, dubbed Bans Off Our Bodies, will feature marches in New York City, Chicago, Los Angeles and Washington D.C., as well as hundreds of demonstrations in other cities across the U.S.