Missing toddler Quinton Simon is believed to have been thrown in a dumpster and then disposed of at a landfill site, according to police investigating his disappearance.

Cops in Chatham County, Georgia are now working on the assumption that the 20-month-old’s remains are at the rubbish dump as they begin the tireless search for his body.

Quinton disappeared on October 5, and his mother Leilani Simon, 22, is a suspect. She has not been arrested or charged, and the CCPD and the FBI confirmed that they believe the child is dead.

Chatham Police Chief Jeff Hadley announced today that the team is presuming the toddler was ‘thrown in a dumpster’ and ‘unknowingly disposed of at a local landfill’.

Police declined to say what evidence led them to the landfill site.

He said: ‘We believe he was placed in a specific dumpster at a specific location. We want justice for Quinton just like everybody else.

Quinton Simon, one, disappeared on October 5, and his mother Leilani Simon, 22, is still a suspect. The CCPD and the FBI confirmed that they believe the tot is dead 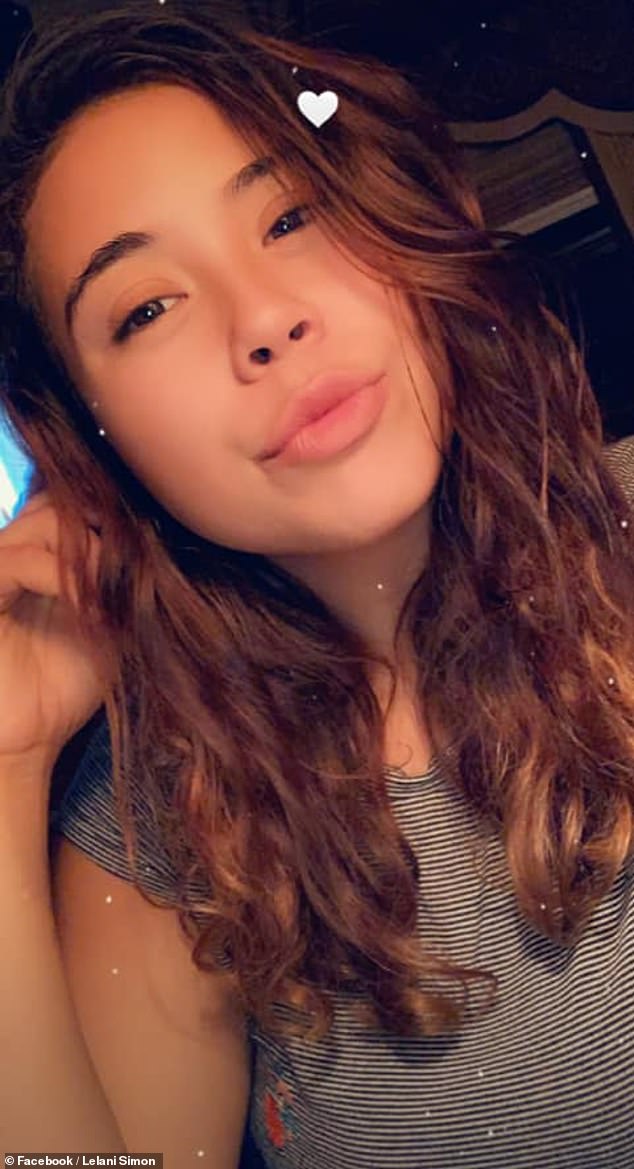 Court documents describe how Leilani Simon, 22, is a ‘chronic, unrehabilitated substance abuser of cocaine and cannabis,’ who allegedly admitted to using cocaine and tested positive for the drug at the birth of one of her children 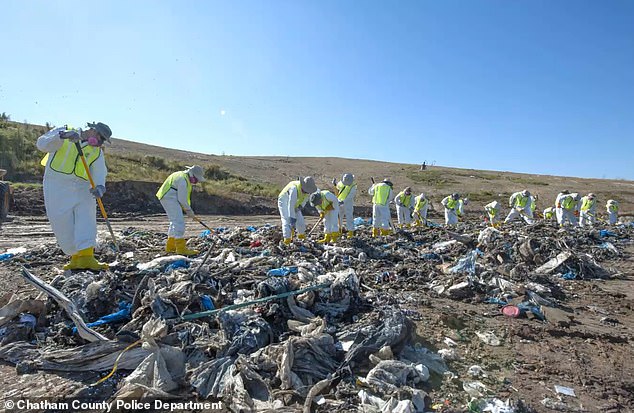 Pictured: The landfill site at Little Neck Road near L. Scott Stell Park, where police are searching for the missing boy’s remains

‘And we want to find his remains, so we can give him a proper resting place.

‘I have every belief that we will find his remains here at the landfill.’

Investigators are now combing through the mounds of debris at the landfill site off Little Neck Road near L. Scott Stell Park.

Will Clarke, the FBI’s supervisory agent for the satellite office in Savannah, said: ‘We are not just randomly searching this landfill, we have specific evidence that leads us to this large property.

Court documents previously obtained by the US Sun describe how Leilani , 22, is a ‘chronic, unrehabilitated substance abuser of cocaine and cannabis,’ who allegedly admitted to using cocaine and tested positive for the drug at the birth of one of her children.

She is now the prime suspect in the disappearance and presumed death of her 1-year-old son, Quinton, with Child Protective Services removing her two other children from her mother’s custody on October 12.

Simon’s mother, Billie Jo Howell, had guardianship of her grandchildren. She had a tempered relationship with his mother, and had evicted her.

But, she was found by Child Protective Services in Chatham County, Georgia to have ‘failed to provide adequate supervision.’

She is said to have left the children in their mother’s care, but ‘knew or should have known [her daughter] was unfit to provide proper care while the maternal grandmother traveled out of state, WTOC reports.

The children have now been placed in foster care while custody proceedings play out in the courts.

The first custody hearing for Quinton’s two siblings was held on Monday at the Chatham County Juvenile Court. 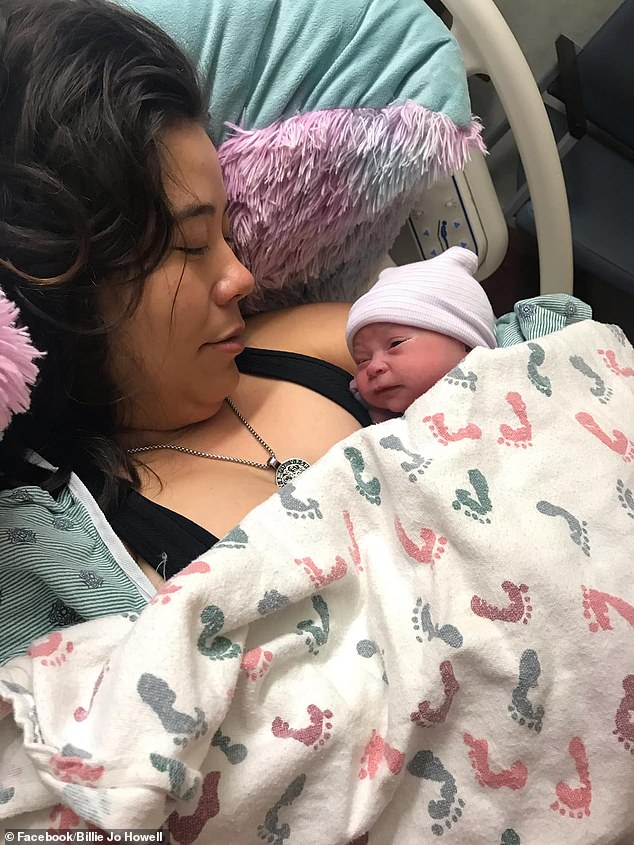 Quinton disappeared on October 5, and his mother Leilani Simon, 22, is a suspect. They are pictured together 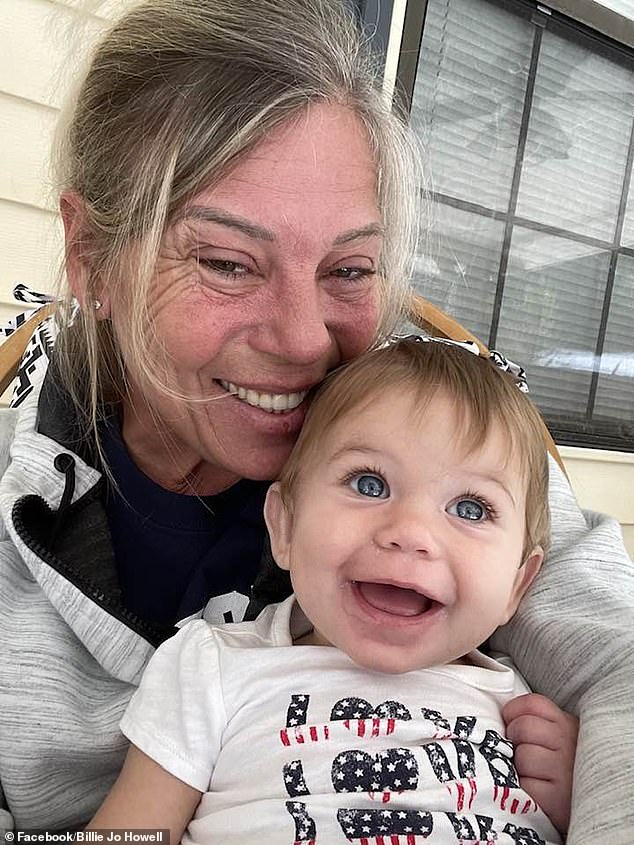 Simon’s mother, Billie Jo Howell, had guardianship of her grandchildren. She is pictured here with Quinton 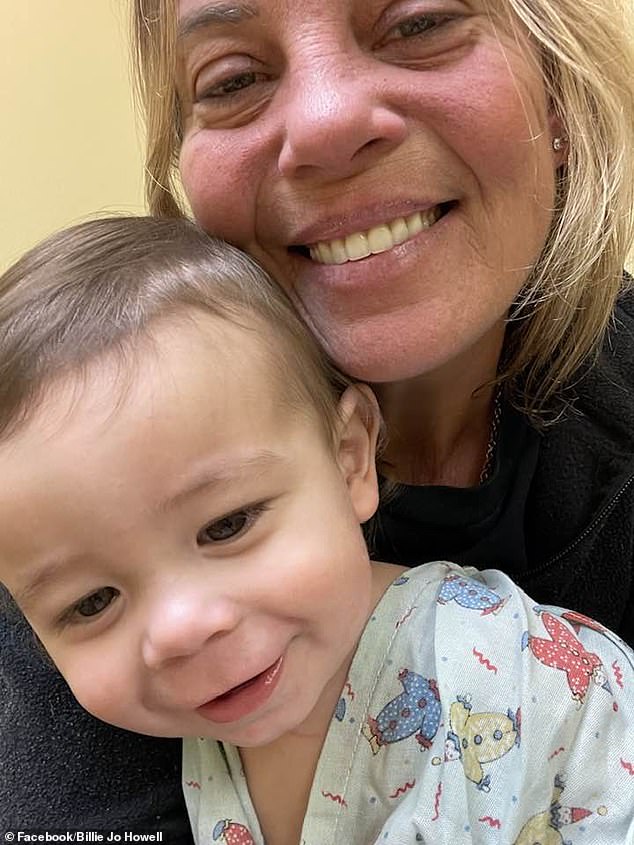 She was found by Child Protective Services in Chatham County, Georgia to have ‘failed to provide adequate supervision’ 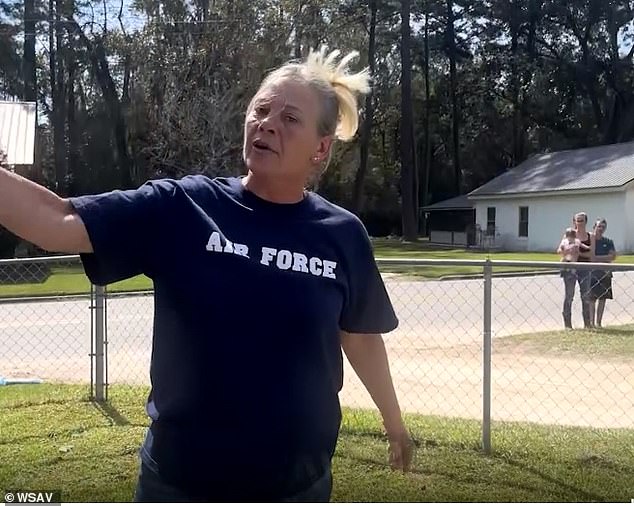 Quinton’s grandmother, 45-year-old Billie Jo Howell, was filmed screaming at his babysitter that he is ‘still alive’ after the babysitter raised concerns online

Billie Jo had previously been filmed screaming at Quinton’s babysitter that he is alive, and berating her for raising questions over his disappearance.

The babysitter, Diana McCarta, has been vocal about the child’s disappearance, speaking to the media repeatedly and alleging that child services had previously been involved with the family.

She also revealed that she received a text message telling her she didn’t need to look after him on the day that he vanished, 30 minutes before he was ‘last seen’ by his stepfather.

Last night, the boy’s grandmother stormed into her home to confront her, telling her she had ‘overstepped’ and insisting that he is unharmed.

The grandmother has a lengthy rap sheet, with 18 prior arrests. 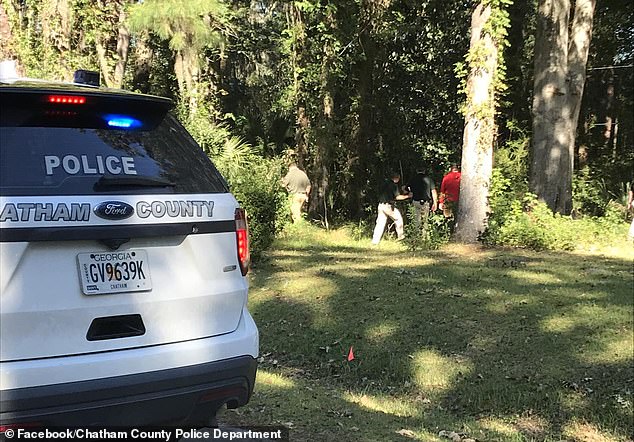 Meanwhile, search efforts are continuing for the missing 20-month-old, whom authorities now believe is dead.

Local police and FBI have been seen scouring dumpsters, drains and ponds since Quinton was first reported missing by his mother on October 5. She claimed she woke up at 9.30am and he was nowhere to be found.

Her fiancé, Danny Youngkin, told police he’d last seen the toddler at 6am.

Just one week later, though, police named Leilani as the prime suspect in his death after they analyzed cellphone data and returned to her home with sniffer dogs,

She had been ordered by the state to start paying child support just one week before his disappearance, and was due to be charged $150 a month starting November 1. The amount would be lowered to $100 if one of her two sons died.

Authorities have not yet revealed what kind of evidence they have against her, and say they want to ensure they have watertight evidence before they arrest or charge her, in order to secure a conviction.