Russia’s first female senior officer has been killed amid bitter fighting in Ukraine as Vladimir Putin’s forces suffer a series of humiliating setbacks.

Lieutenant Colonel Olga ‘Kursa’ Kachura, 52, was killed instantly after a Ukrainian missile hit her car as she was driving in the city of Horlivka, in the Donetsk region of Ukraine.

The mother-of-two, who has been granted the posthumous Hero of Russia honor, was a colonel in the forces of Russian puppet state Donetsk People’s Republic, where she commanded a rocket artillery division accused of shelling civilians.

A Ukrainian native who worked in the Horlivka Police department, Kachura reportedly defected to the pro-Russian side in 2014 after Putin fomented a rebel uprising in the Donbas.

According to the Strategic Communications Department of the Armed Forces of Ukraine, she would often disguise herself as a member of regular Ukrainian forces to commit war crimes in order to discredit them.

She also boasted that she enjoyed killing her own countrymen to Kremlin propaganda channels.

Lieutenant Colonel Olga ‘Kursa’ Kachura, 52, was killed instantly after a Ukrainian missile hit her car as she was driving in the city of Horlivka, in the Donetsk region of Ukraine 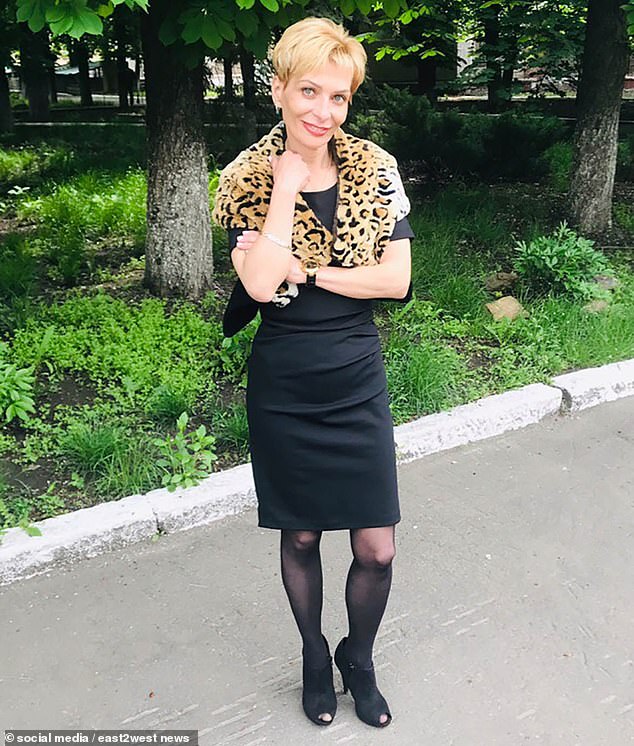 The mother-of-two, who has been granted the posthumous Hero of Russia honor, was a colonel in the forces of Russian puppet state Donetsk People’s Republic, where she commanded a rocket artillery division deployed against Ukraine

She becomes one of the latest Russian high-ranking officers to be killed in Ukraine amid the Russian president’s brutal on-going invasion of the country, that has seen Ukrainian forces put up fierce defence of their country.

Kachura is the 97th known officer to have been killed in Putin’s war in Ukraine.

Putin granted Kachura the posthumous Hero of Russia honour – the Kremlin’s highest award – ‘for her courage and heroism shown in the performance of military duty’.

Margarita Simonyan, the head of the sanctioned RT network, said: ‘Legendary Korsa died in Horlivka… May she rest in peace…

‘The Chief [Putin] awarded Korsa the title of Hero of Russia. That’s how it’s supposed to be. These are our common heroes.’

Kachura was a career police investigator rising to the rank of lieutenant colonel before switching to the forces of Putin-backed separatists.

She served in the 3rd separate motorised rifle brigade Berkut of the 1st Army Corps of the DPR, and commanded a Grad MLRS division in Horlivka. There were 140 gunners under her command.

The mother-of-two had been wounded several times in previous attacks. She had held the rank of colonel in the DPR forces since 2015. 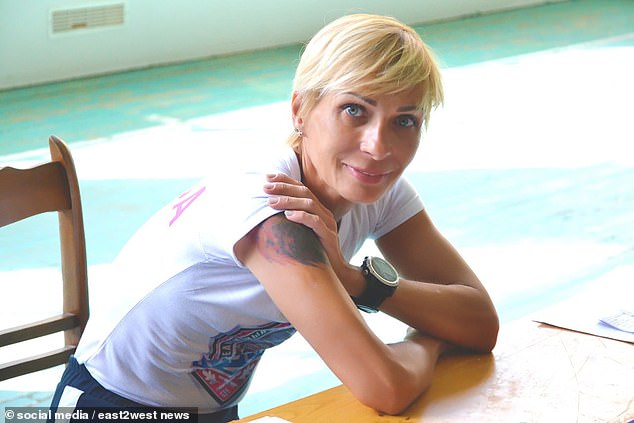 Last year, Ukraine sentenced Kachura to 12 years in prison in absentia with confiscation of property for ‘participation in a terrorist group or terrorist organisation’. It is thought she ordered the shelling of cities in the Donbas which resulted in civilian deaths.

She was head of the powerlifting federation of Horlivka, and an honorary citizen of the city, which was twinned with Barnsley in England.

Mayor of Horlivka Ivan Prikhodko said: ‘A brave and wise woman who was there from the start of the People’s Militia of the DPR has tragically died.

Corporal Anastasia Savitskaya, 35, a married mother-of-two said to be a ‘real hero’, was buried on July 13 in her native Volgograd, a city on southwest Russia.

‘The deceased became the first servicewoman who died during the special military operation,’ said Alexander Strukov, the local veterans’ leader.

A friend of Savitskaya said: ‘She had dreamed of serving in the army since childhood, and signed a contract at the age of 18.’ Going to war in Ukraine ‘was her choice,’ they said.

Her bereft husband – a former soldier, not named – said at her funeral: ‘How will I carry on living now? Why did I let you go there? Beloved, beautiful, best.’ 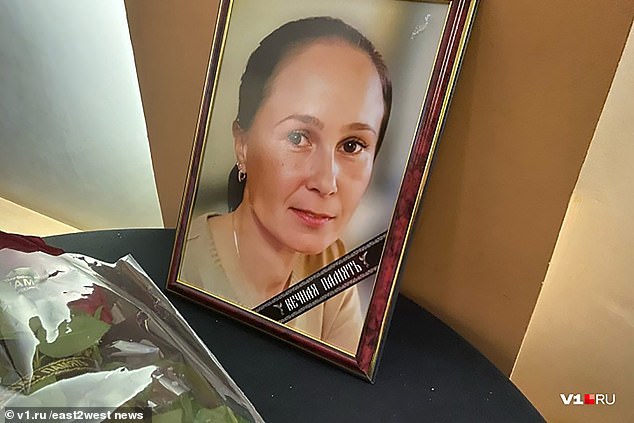 Corporal Anastasia Savitskaya, 35, a married mother-of-two said to be a ‘real hero’, was buried today in her native Volgograd, a city on southwest Russia. Pictured: Savitskaya is seen in a photograph during her funeral last month 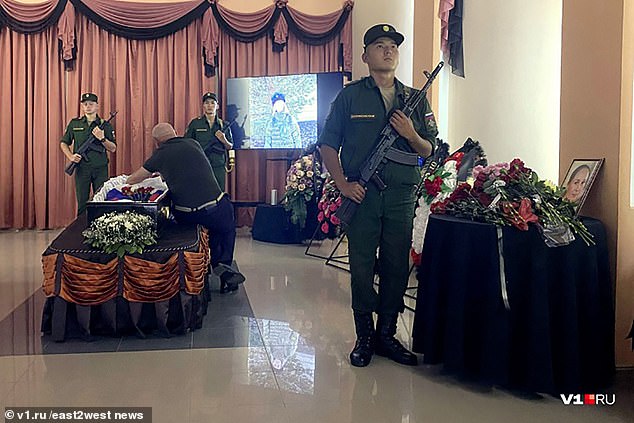 Unlike some Western countries it remains rare for Russian servicewomen to go to war. Ukraine, for example, has seen several female soldiers join the fighting.

A eulogy at the woman’s funeral said: ‘A female warrior has always been an exception to the rule. But Anastasia, having mastered the ‘home’ front, went without fear to a dangerous special operation, accomplishing a double feat.’

Meanwhile Putin has this week also lost two more colonels in his Russian forces, the latest proof of the devastating toll his high ranks have suffered.

Acting Head of Komi Republic Vladimir Uyba said he ‘died as a hero during the special war operation in Ukraine’.

Russia has sought to obscure the number of high-ranking deaths in Ukraine.

It also came to light that Lt Col Denis Sorokin, a married father of two, died near Melitopol earlier in the war.

He was commander of an assault battalion, also awarded the Hero of Russia posthumously.

A dozen generals have been killed in the war.