‘More Chernobyl than Champneys!’: ‘Misled’ glampers paying up to £2,000 for three nights say they were promised five-star luxury and cocktails but got overpriced beer and a fish and chip van instead

Have YOU had a disappointed glamping experience?

Furious holidaymakers paying up to £2,000 for a three-night glamping holiday have slammed their experience as ‘more Chernobyl than Champneys’.

Cloud Nine, a holiday company with three sites in Dorset, Norfolk and the Cotswolds that are running over the summer holidays, claims to offer the ‘ultimate family escape’ with five-star luxury.

However, visitors have slammed the company, with NHS worker Rob Knights, 42, saying he was left feeling ‘totally misled’ after he paid nearly £1,000 to stay at the Norfolk site for four nights with his wife and three kids.

He said: ‘They sold you a dream and it just didn’t come true. There are no bespoke cocktails.

‘The food offerings consisted of a fish and chip van and overpriced mac and cheese stand.

‘There was no zip wire or fairground. And there was one sink for people to do their washing.’

Visitors have hit out at glamping company Cloud Nine, which runs three sites in the Cotswolds (pictured), Dorset and Norfolk 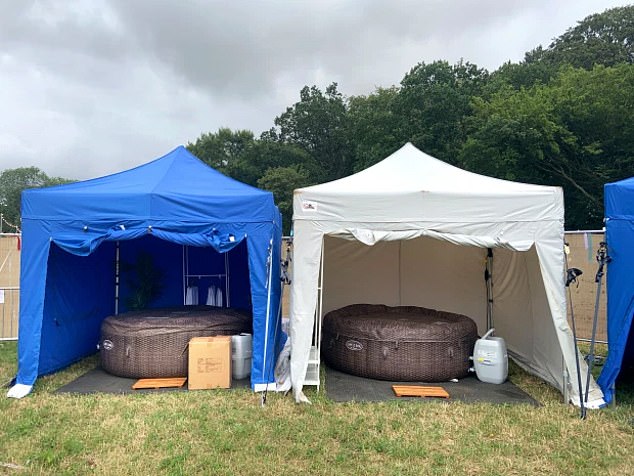 One visitor who visited with his family said: ‘They sold you a dream and it just didn’t come true’ 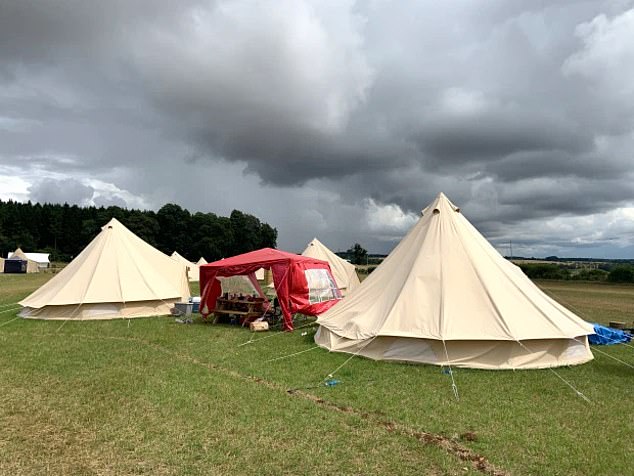 Simon Wilson, who owns a catering firm at the Cotswolds site, told the Sun: ‘We were told it would be a festival-type event. Five-star luxury with cocktails and champagne.

One said: ‘Checked in today. It’s 9:30pm. I’m waiting in a tent with a dirty floor left by previous tenants. 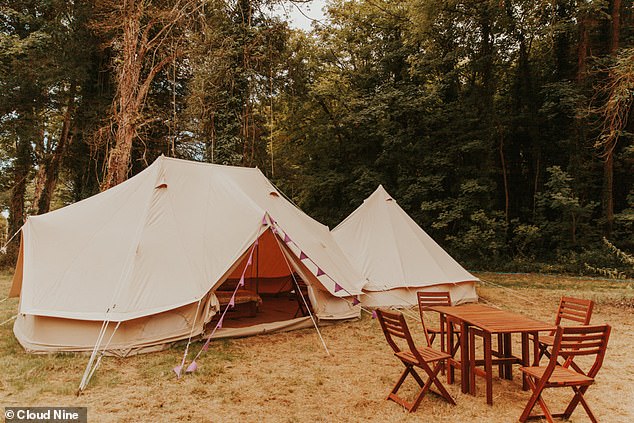 How the Cloud Nine glamping site is supposed to look, according to the firm’s website

‘Asked housekeeping more than an hour ago to clean the sweets and crisps lying all over on the floor but no one has come yet – been to reception three times already.

‘Children have to go to sleep soon. Seems like other tents have all types of issues too.’

Another wrote: ‘Think about hygiene, showers not cleaned all week.

‘Reception staff clueless. Wouldn’t hurt to have at least 1 buggy for families who have small children (we struggled on a really hot day).

‘Not having hot water for washing up is not cool.

‘Overall I enjoyed the camping my kids loved it but felt a bit like Fyre Festival. A bit of a money pit. I think personally the phone charging should be free.

‘Did raise this with the site manger but now I’m gone doesn’t seem interested.’