Ministers are wooing oil and gas giants in an effort to accelerate major projects in the North Sea. A new Government taskforce is understood to be in talks with Norway’s Equinor about its potential £4.5billion investment in the Rosebank field – one of the region’s largest untapped reserves.

The charm offensive is being extended to firms with interests in the huge Cambo field, to the north of Scotland.

These are seen as flagship developments in the next phase of drilling in the North Sea, where oil was first extracted in the 1970s, but where production has been in decline for the past two decades.

In talks: The charm offensive is being extended to firms with interests in the huge Cambo field, to the north of Scotland

The push follows a radical energy strategy unveiled by Prime Minister Liz Truss on Thursday that included capping average household bills at £2,500, lifting the moratorium on fracking and forging ahead with building more nuclear plants.

It follows intense pressure for Britain to wean itself off foreign imports in the wake of the Russian invasion of Ukraine, which triggered a surge in gas prices.

Business Secretary Jacob Rees-Mogg said the energy crisis had ‘exposed the need to strengthen Britain’s energy security for the good of the nation’.

Truss also signalled that there would be a major push to hand out oil and gas exploration licences in the North Sea – possibly more than 100 – to boost domestic production.

The Mail on Sunday understands the Energy Supply Taskforce – led by Madelaine McTernan, former head of the UK Vaccine Taskforce – will encourage companies to speed up existing projects in development.

It is not clear what the Government will be able to offer to sway firms that are undecided. A spokesman at the Department for Business, Energy and Industrial Strategy said it would not comment on ‘commercially sensitive negotiations’.

Equinor is due to make a final decision on whether it will invest in Rosebank in early 2023. The taskforce wants to convince Equinor to commit to Rosebank sooner.

The sprawling oil and gas field – named after a Scotch malt whisky – is about 80 miles north-west of the Shetland Islands. Drilling has been taking place in the area since 2004.

It could still hold more than 300million barrels of recoverable oil, according to its former operator Chevron, as well as enough gas to power a city the size of Coventry. An industry source said: ‘The taskforce – which is like an accelerator group – is making sure that companies that want to develop a project know that support is there from the Government.

‘But I’m not sure [to what degree] they can hurry Equinor along to make the decision – this is a massive and really important project.’ 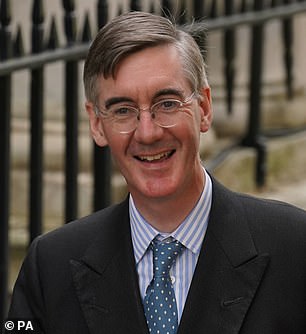 Norwegian government-backed Equinor – which took over Rosebank in 2019 – may not be swayed by the UK Government’s efforts.

A spokesman for the oil firm said: ‘We appreciate the encouragement, but we can’t indicate any change to the plan we have communicated.

‘We are working with our partners to mature the project and we keep a close dialogue with UK authorities on the steps ahead.’

Another target is understood to be the Cambo field, a major reserve 20 miles south-west of the Rosebank field, which is also awaiting a final green light for investment next year.

Following its £1.1billion takeover of Siccar Point Energy earlier this year, Ithaca Energy has a 70 per cent stake in Cambo, which could pump out 178million barrels of oil.

Shell recently put its 30 per cent holding in Cambo up for sale. However, no potential buyer has emerged publicly.

It pulled out before the new energy strategy was unveiled and when public opinion was still frosty towards exploiting the UK’s own oil and gas supplies.

Although Shell is stepping away from Cambo, it has committed to a separate major project called Jackdaw, 150 miles east of Aberdeen.

Almost 214,000 jobs across the UK were supported by the oil and gas industry in 2021, according to a report by sector body Offshore Energies UK.

The multi-billion pound listing is expected in October and investment bank JPMorgan has been hired to work on the float, the source said.

The fifth-largest North Sea producer is owned by Israeli energy and infrastructure group Delek. Ithaca bought Siccar Point Energy in a £1.1billion deal in April this year – which gives it a 70 per cent stake in the Cambo project, the second-largest undeveloped oil and gas field in the North Sea.

In August, Ithaca said profits rose 570 per cent to £1.45billion in the first half of the year. This was boosted by a surge in energy prices. On average it produced 67,000 barrels of oil a day during the period.

Ithaca was founded in Canada in 2004 and has operated in the UK since 2008. It traded on the junior AIM market and the Toronto Stock Exchange before being bought by Delek in 2017. Delek has said it is looking to spin Ithaca off this year.