The current rate of 0.7 per cent of GDP was enshrined in law by the Coalition government in 2015, but the current administration wants to cut it to 0.5 per cent.

Chancellor Rishi Sunak is set to outline a raft of economic moves tomorrow when he presents a spending review to help the UK get through the pandemic.

Boris Johnson is believed to have approved a temporary cut for just a year, but altering the law would allow the target to be lowered more permanently.

The UK has previously said it would be cutting its global aid budget by £2.9 billion this year due to the economic hit of the coronavirus crisis, but that the 0.7 per cent commitment towards international development would still be met.

The legal change, first reported by the BBC, comes as politicians and church leaders voice their concern at the plans. 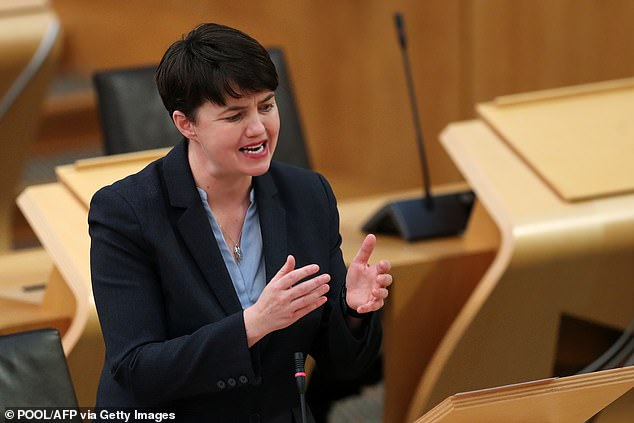 Politicians and church leaders have voiced their concern at the plans, with former Scottish Tory leader Ruth Davidson branding the proposal ‘bad economics’

Writing in the Times, Ms Davidson, a former critic of Boris Johnson, said: ‘The UK has always believed in shouldering its burden in the world. When famine or natural disaster strike, Britain pitches in.

‘We’re one of the biggest educators of girls on the planet, support the largest vaccine programmes and do more to return war-ravaged land to civilian use through de-mining programmes than every other nation bar the US.

‘This isn’t simple charity, it benefits us too. Countries with healthy, educated, literate populations – and without huge swathes of unusable land – have higher employment, greater resilience and are more stable.

‘They are less likely to descend into war or provide home to terrorists and are more likely to prove bigger and more reliable suppliers and consumers for trade.’

The MSP joins the former prime ministers David Cameron and Tony Blair in warning against the move, while Archbishop of Canterbury Justin Welby has also made a significant intervention.

Mr Welby told The Observer: ‘A global recovery from the economic consequences of the pandemic requires a global response. Keeping our aid commitment is a strong signal that the UK is a reliable partner for long-term economic, social, environmental and educational advancement across the globe.’

Mr Cameron, who oversaw the country first meeting the 0.7% target in 2013, said abandoning it would be a ‘moral, strategic and political mistake’.

And Mr Blair said foreign aid – and the 0.7% target – had been a ‘great British soft power achievement’ and that it had saved millions of lives in Africa by reducing deaths from malaria and HIV.

Last week, the Prime Minister’s official spokesman drew attention to the fact the legislation enshrining the 0.7% target in UK law explicitly acknowledged it might not always be met. 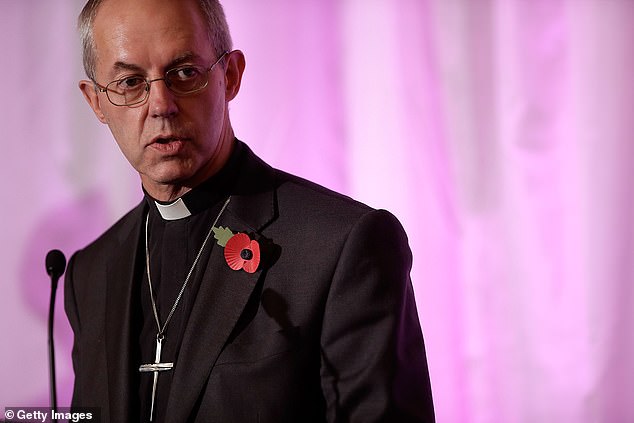 Archbishop of Canterbury Justin Welby has also made a significant intervention, telling the Observer: ‘Keeping our aid commitment is a strong signal that the UK is a reliable partner for long-term economic, social, environmental and educational advancement across the globe’

Meanwhile, coronavirus has led to a strain on the public purse with the Government spending billions keeping the economy ticking over.

SNP MP Neil Gray asked if now was the right time to be considering cuts to the UK’s aid budget given US president-elect Joe Biden’s commitment to increase aid spending.

Mr Raab replied: ‘Actually, we consistently show that we are a leading, if not one of the leading, countries on aid. That will continue.

‘We’ve also, which will matter to the United States, indicated the increase in defence spending which shows what a dependable ally we are and all of the soundings that we’ve had, and I’ve had, with the incoming leadership show there are huge opportunities on climate change, on Covid, to strengthen the relationship even further.’