Lockdown breakdown: Fears coronavirus crisis could go ‘back to square one’ amid evidence Britons have been bending the rules for WEEKS with nearly a FIFTH having met up with family and friends in parks

Ministers fear the UK could go ‘back to square one’ in the fight against coronavirus if Britons do not adhere to lockdown rules as data suggests people have been flouting restrictions for weeks.

Health Secretary Matt Hancock last night pleaded with people to stick to current restrictions which prohibit meeting more than one person from outside your household outdoors.

But there are increasing signs that many have given up on lockdown measures, sparking growing fears of a potential second wave of the deadly disease.

New data published today suggests some people were bending the rules even before Boris Johnson set out his lockdown exit strategy on May 10.

Google footfall data showed the number of people visiting parks was above pre-lockdown levels in the days leading up to the Prime Minister’s address to the nation.

Meanwhile, the Office for National Statistics today revealed almost one in five adults are meeting up with friends or family from outside their household. 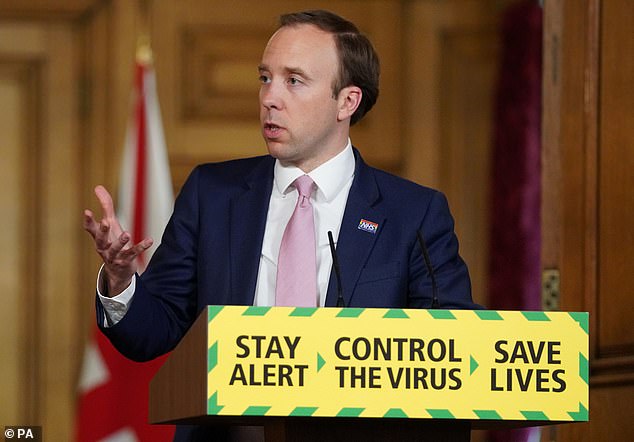 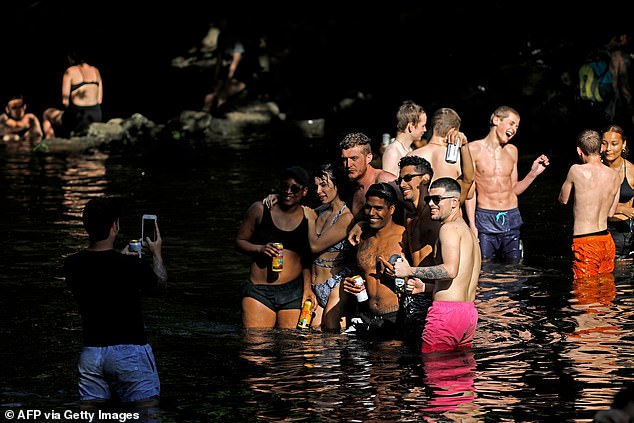 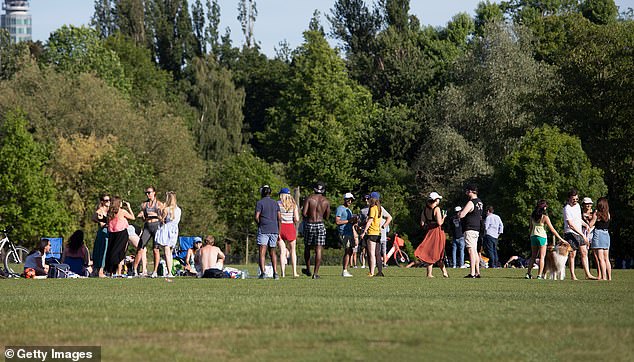 The Government’s current lockdown rules state that you are allowed to meet up with one friend or family member from outside your household outdoors if you remain at least two metres apart.

Meanwhile, day trips to the park or to the beach are permitted with members of your household.

A spell of warm weather in recent days has seen thousands of Britons flock to the nation’s public spaces.

But there have been numerous examples of people breaking the rules with police having to warn people not to camp overnight in a number of locations.

Rule-breaking campers in Devon and Cornwall were sent home by officers while traffic wardens issued more than 70 tickets in the coastal town of Woolacombe as all car parks were shut to keep away visitors.

Parks across the country have also been packed as people have met up with friends.

Mr Hancock suggested yesterday at the daily Downing Street press conference that a failure to adhere to restrictions could have devastating consequences.

He said: ‘Let’s not go back to square one. We can all play our part in the national effort.’

If the rate of transmission of coronavirus was to spike the Government would likely move to reimpose a stricter lockdown.

Senior police officers are increasingly concerned that some people appear to have given up on the rules with one chief constable telling The Times: ‘I think people no longer understand what they can do – or think it is no longer important.’

Google footfall data published by The Guardian suggested many people were not adhering to the rules even before Mr Johnson set out his plan to ease lockdown.

The data which is compiled by monitoring the number of mobile phones at a certain location showed that between May 4-8 activity in parks was above pre-lockdown levels with footfall 16 per cent above the baseline on May 6 and 7.

The baseline number is the average for the corresponding day during the five week period between January 3 and February 6.

ONS data today suggests many people are not sticking to Mr Johnson’s new guidance on only meeting one person outside their household outdoors. 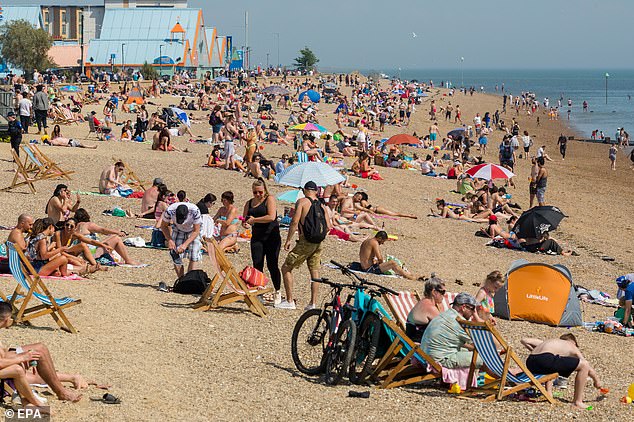 A survey conducted between May 14 and 17 showed that 39 per cent of adults had visited a park or public green space in the past seven days.

But some 17 per cent admitted they had met up with friends or family from outside their household.

It comes after a major study found less than half of 19 to 30-year-olds are ‘strictly’ abiding by the lockdown rules.

Among all adults the figure has dropped from 70 per cent to under 60 per cent in the last fortnight.