By Jacqueline Lindenberg For Dailymail.Com

The little minions are at it again, and have topped the box office, raking in around $128 million with Minions: Rise of Gru for its first opening weekend.

According to Variety, the beloved animation will be the first film to make that much over the Fourth Of July holiday weekend.

Top Gun: Maverick still holds a steady spot at number two after its premiere the last weekend of May, with Elvis trailing behind the rest at the number three spot after being number one last weekend.

Minions: Rise of Gru was set to initially premiere two years ago, but due to the pandemic, the big release date was postponed, with advertising already in the works.

Even after the two-year-long delay, the movie still was able to make records in the box for the holiday weekend.

Universal was able to get partners from around the globe to assist with media advertising, spending a record number of around $285 million.

Some brands that worked with the company to promote the Minions include CarMax, which aired two spots featuring the adorable characters.

McDonald’s was another top partner, having plastic toys of the Minions with the iconic happy meals and also aired a short commercial.

Around 89% of viewers who viewed the animation were under 25-years-old, with the age range between 13-17 acting as a big part in that percentage, Deadline reported.

Postponed: The Universal Pictures film’s release date was initially delayed due to the pandemic

The publication added that Jim Orr, Universal Domestic Distribution Boss, explained that one of the main reasons for film’s ultimate success during its opening weekend was due to the movie itself.

‘This is an amazing debut proving that when you have an incredibly well crafted, brilliantly acted, hysterically funny film as we do with Minions: Rise of Gru, family audiences will pour into theatres,’ he stated.

The premise of the animation follows young Gru and his goal to become the world’s greatest supervillain. Some actors who voice characters in the film include Steve Carrell, Julie Andrews, Russell Brand, Jean-Claude Van Damme, and Taraji P. Henson. 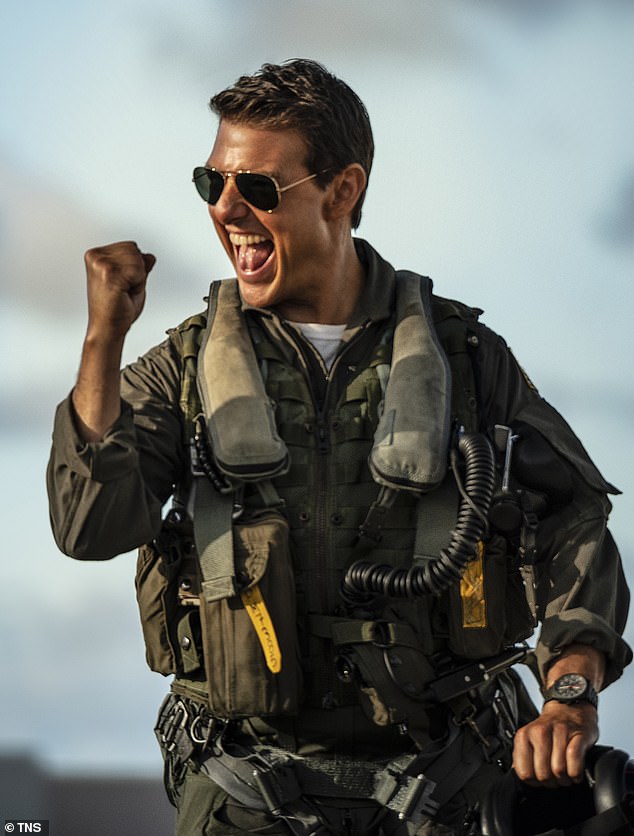 Still on top: Although Top Gun: Maverick premiered the last weekend of May, the film still sits at number two

According to The Numbers, Top Gun: Maverick fell down -14% this weekend, making around $25 million. The movie still sits at number two from last weekend.

The hit has grossed over a whopping $1 billion in the box office since its premiere, and has become Cruise’s highest-grossing film over the course of his long career.

Baz Luhrmann’s Elvis dropped -39%, grossing around $19 million during the Fourth Of July weekend.

The musical biopic was at number one last weekend, taking in $31.1 during its opening weekend.

Jurassic World: Dominion sits in fourth on the list, dropping -41%, and The Black Phone in fifth, dropping -48%. Both films are also under Universal Pictures. 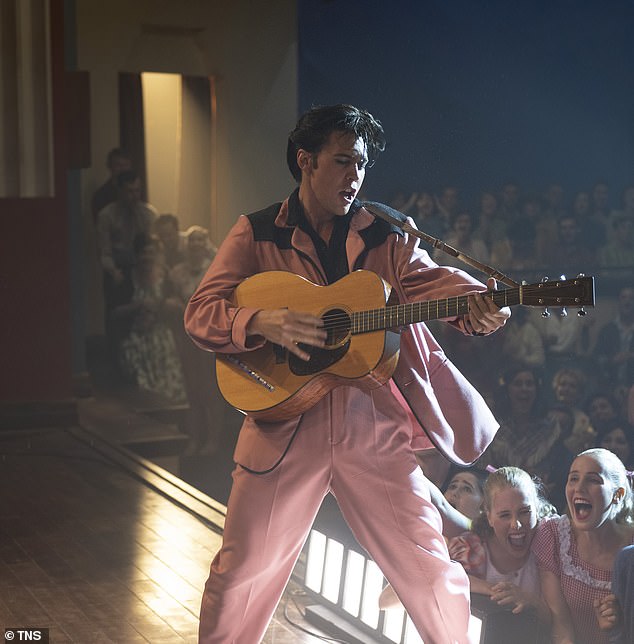 Number three: Elvis was number one in the box office last weekend, but fell down to number three during the holiday weekend