The CEO of a mining company worth billions of dollars has been forced to recruit new employees in New Zealand as Australians are slammed for being ‘too lazy to get off their backsides’ and go to work.

Mineral Resources is offering double or in some cases triple the salary Kiwi applicants are currently receiving for roles in mines across Western Australia.

The company made a grand appeal to New Zealanders last month with an advertising campaign that promised a ‘great pay packet’ and ‘amazing incentives’.

CEO Mike Grey told Daily Mail Australia the appeal for Kiwi workers had come amid a ‘skills crisis’ and a widespread shortage of workers in the resources industry.

‘We know New Zealanders are great workers and bring valuable skills, so looking to this market to find great people during a skills crisis was a no-brainer,’ he said.

The appeal comes as ‘lazy’ Australian workers are slammed for taking advantage of welfare payments like JobSeeker instead of getting a job. 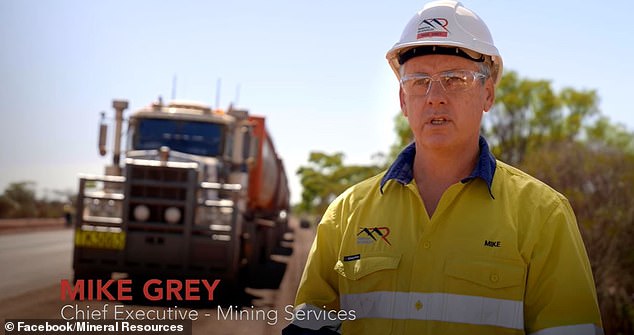 Prue MacSween, a media personality and social commentator, said too many ‘rorters’ were taking advantage of Australia’s welfare system.

‘It’s an obscenity as far as I’m concerned,’ she told Daily Mail Australia.

‘How sad that these Australians are missing out because they’re too damn lazy and don’t want to get off their fat backsides.

‘There are some people who would rather sit on the beach or watch Days of our Lives than get a job, and it’s frankly insulting to taxpayers.

‘It’s sad, because these people have no dignity, no direction and are missing out on the feeling of satisfaction that comes with having a job.

‘There’s no pride in being out of work.’ 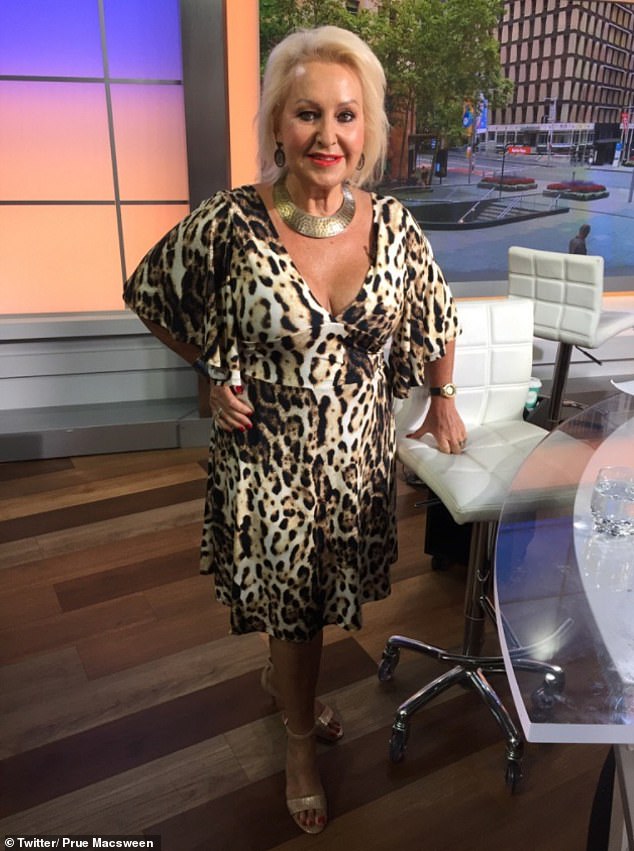 Prue MacSween, a social commentator, said too many ‘rorters’ were taking advantage of Australia’s welfare system as the country was crying out for workers

MacSween said the number of Australians choosing to be unemployed and on the dole was ‘appalling’ and warned it would have a direct impact on productivity.

Who are the laziest?

‘If you really want a job, you can get one,’ she said.

‘There is an attitude across some generations, you could say all generations, that people are willing to play the system.’

She said if Australians were willing to work for roles paying up to $300,000 a year they could afford to put a deposit down on an investment property.

‘Kiwis are already paid so little, they probably think this is Nirvana,’ she said.

‘And then there’s the idiot Australians turning their backs. Too many people refuse to “diminish” themselves by waiting tables or picking fruit.

‘I really fear for this country, I feel like we’re going in the wrong direction in so many ways. We’ve had it too good for too long.’ 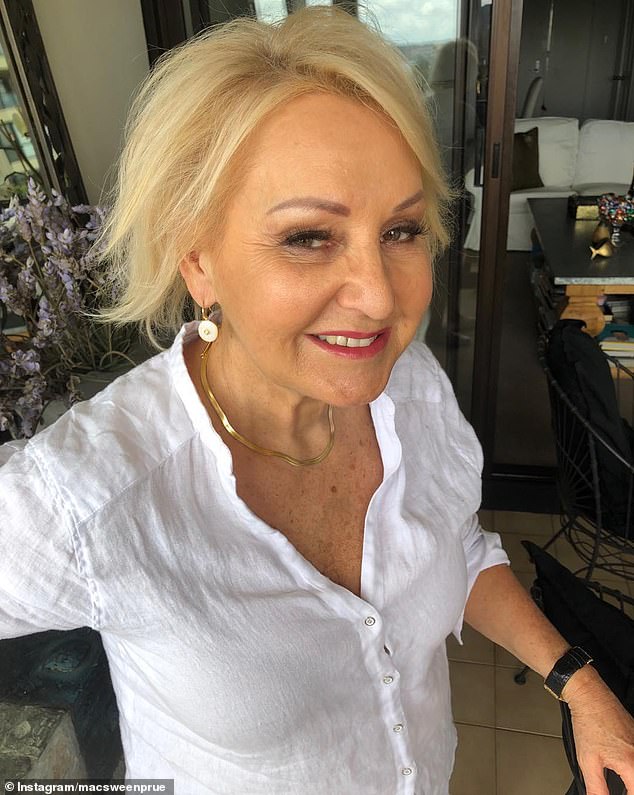 MacSween said roles paying up to $300,000 a year would allow Aussies to put a deposit on a home – but that an ‘appalling’ amount of people were too lazy to get a job 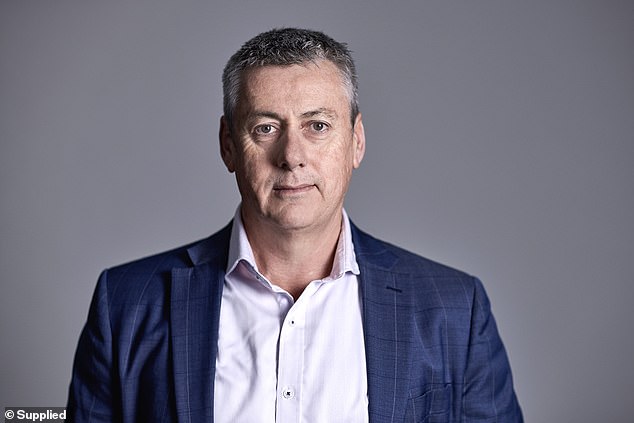 When asked if Kiwis are harder workers than Australians, Mr Grey (pictured) was careful not to draw comparisons between the two

When asked if Kiwis are harder workers than Australians, the Mineral Resources CEO was careful not to draw comparisons.

‘As a New Zealander myself, I’ve worked with a lot of Kiwis. The work ethic is very similar,’ he said.

‘We have many Kiwis working for us already and they’re not only hard workers, but a great fit for our business with similar training, skills and a great culture.’

Mr Grey said his company was operating in the ‘tightest labour market in a generation’ and that the number of jobs available was at an ‘all-time high’.

‘There’s huge demand for people across the industry, so we’re going far and wide to get the best talent,’ he said.

Andrew Lee, a Kiwi chef who has worked in both New Zealand and Australia, agrees that a lot of Australians aren’t willing to put in the hard yards.

‘The biggest problem with Australia is there are too many Australians,’ he said on the Altbays Podcast earlier this month.

‘A lot of the Aussies don’t want to work, especially in the hospitality industry.’ 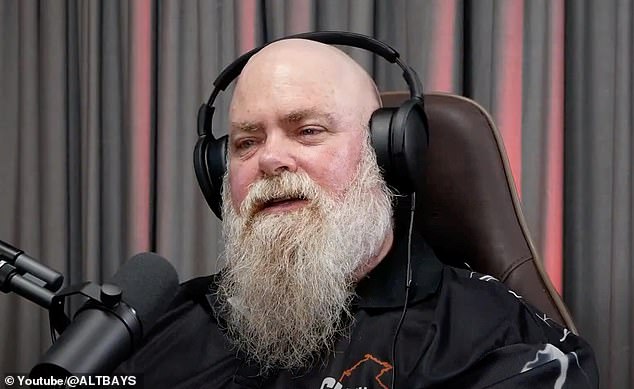 Andrew Lee, a Kiwi chef who has worked in both New Zealand and Australia, said a lot of Australians weren’t willing to put in the hard yards

Mr Lee said he worked in a restaurant in Portsea, in Melbourne’s Mornington Peninsula, where an Australian chef chose to fill the kitchen with New Zealand workers.

‘If I could fill a kitchen, I would have Kiwis, Brazilians and Argentinians,’ Mr Lee added.

The chef also weighed in on his thoughts on millennial workers, claiming a lot of younger staff he saw didn’t have a good work ethic.

‘We’ve had a few really, really good ones but we have a lot that just want to come in, punch a ticket and punch out again,’ he said.

‘They’re not there to learn, they’re just there to fill their pockets with money.

‘The work ethic in the kitchen these days is not a lot and it’s really sad.’

When asked if these younger workers were lacking skills, Mr Lee said it was more of a ‘mental thing’ in that they didn’t want to learn.

He laid the blame on social media.

‘Why go to work and sweat your a**e off in a 65-degree kitchen for eight hours a day, when you can go do a dance, film it, and you get paid twice as much,’ he said, referring to those who make money from making TikTok videos. 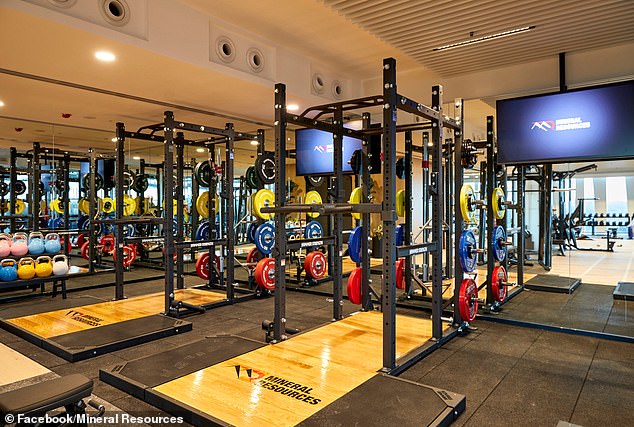 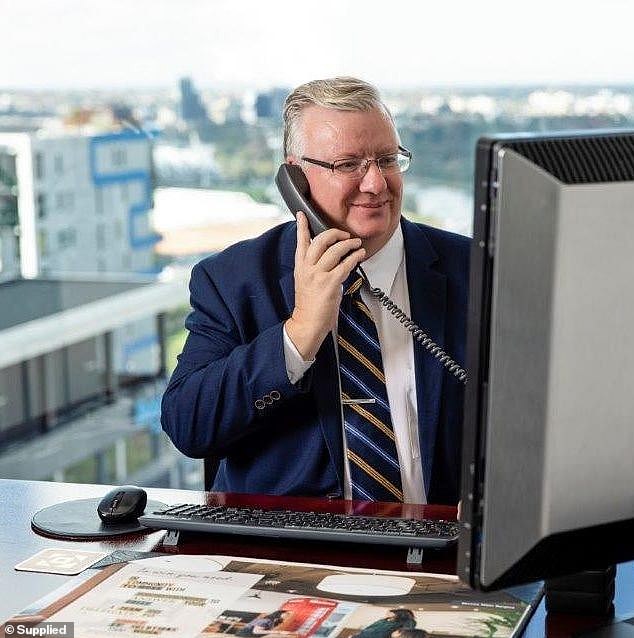 Graham Wynn, boss of Australian and NZ firm Superior People Recruitment, was harassed after he exposed some of the resumes he received from Aussies wanting to ‘rort’ the system

And it isn’t just employees who are disappointed by a lack of work ethic.

Recruiters are also facing pressure to differentiate between Australian workers who are not able to work and those who are simply choosing not to get a job.

Superior People Recruitment director Graham Wynn was sent death threats after he shared some of the resumes he received from people planning to ‘rort’ the system.

Some examples include a jobseeker who admitted running their own business but confessed ‘I need to be on Centrelink’. Another CV went into detail about an applicant’s medical history, including a recent hernia. 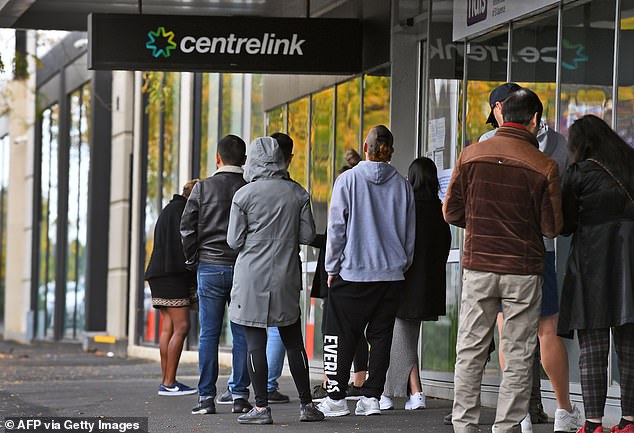 Recruiters are also facing pressure to differentiate between Australian workers who are not able to work and those who are choosing not to get a job (pictured, queues at a Centrelink) 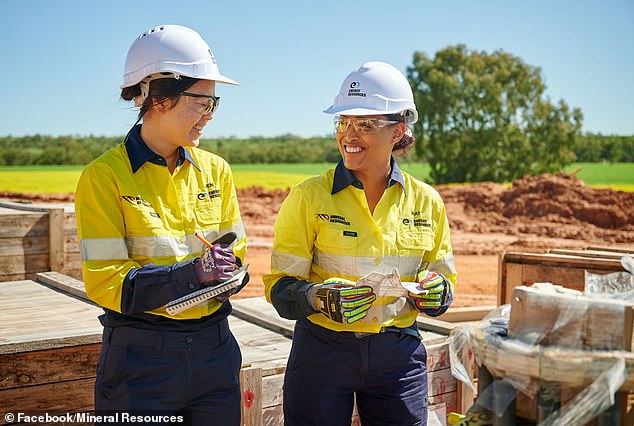 One of the highest paying gigs is being a construction supervisor or superintendent, who can earn a cushy salary of up to $300,000 a year (pictured, Mineral Resources advertising)

Anti-vaxxers, part-time university students, and unmotivated high school dropouts were among the welfare cheats he caught taking advantage of the welfare system.

‘I’ve had some horrible emails and phone calls, people saying they wish I was dead, calling me the c-word and a lazy, fat slob,’ he said.

‘They’re angry at the system, I understand that, but I didn’t create the system. If you’re not doing the wrong thing then nothing will happen.’

In July, the Labor government introduced a new Points Based Activation System (PBAS) where a person receives five points for every job application they submit, 20 points for an interview as well as points for other employment-related activities.

The new Centrelink system will allow some recipients to have their monthly targets reduced under personal circumstances, and if people get more than 100 points in one month, the remainder will be carried over.

In June, Mr Wynn expressed his concerns for the new program and said it would do little to stop welfare cheats from retaining their benefits unethically.

‘It’s not going to have a great effect. If a person applies for a job they get five points, apply for 20 you get 100, which is the same as the current system,’ he said.

‘I had one person apply to 20 jobs in one day and he wasn’t qualified for any.

‘The new points system won’t change anything. It doesn’t tackle the problems of self-reporting and lack of oversight.’

On January 1, over a million Aussies – including war veterans, students and carers – received an increase in their Centrelink benefits after several interest rate rises.