Arsenal boss Mikel Arteta blocked the club from making a summer move for Emerson Royal, according to reports.

The Gunners were reportedly keen on signing the 23-year-old from Barcelona in August as they frantically searched for a new right-back.

The club’s technical director, Edu, had already contacted the player to establish a relationship with talks said to have been in an advanced stage as the analytical department had given their stamp of approval. 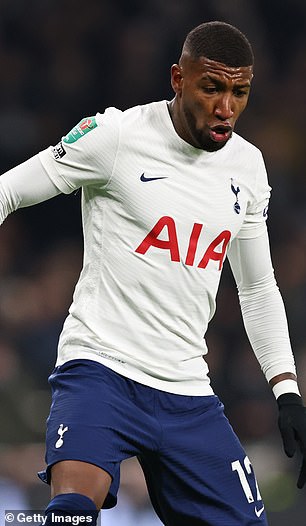 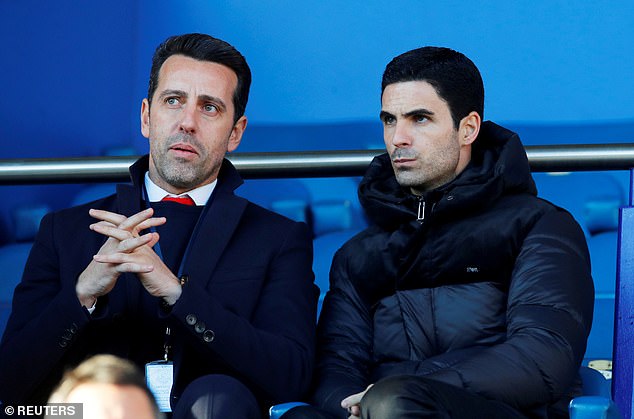 Technical director, Edu (left), had reportedly contacted the right-back but Arteta had doubts

But Arteta was not convinced on the move and ordered the club to pull the plug on the potential signing, according to The Guardian.

The U-turn opened the door to north London rivals Tottenham, who did not hesitate to swoop in.

Spurs made a bid of about £26million for Emerson, who had impressed on loan at Real Betis the previous season, but Barcelona could not believe the fee the Premier League side were willing to pay, according to The Telegraph. 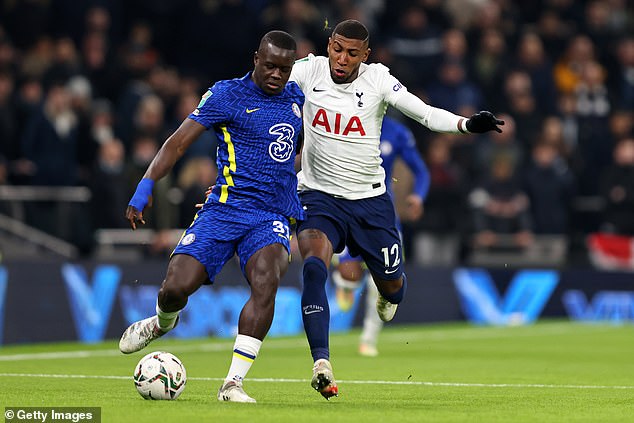 At the time, Arsenal were struggling, having suffered the worst start to the season in their history and sat rock bottom of the table.

Fans were in uproar calling for Arteta’s dismissal and the deadline to sign a new right-back was looming.

But ultimately, the Spaniard plumped for Takehiro Tomiyasu from Bologna for a fee in the region of £16million as Hector Bellerin departed for real Betis on a season-long loan spell. 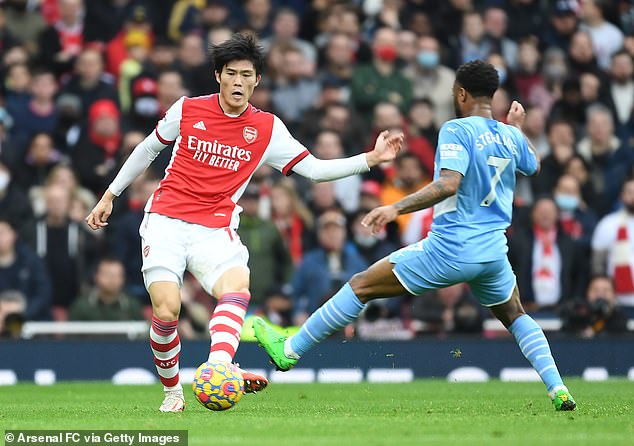 The Japan international was fairly unknown but has since won over his critics with his performances at right-back.

He has since cemented his place in Arteta’s starting XI, making 16 Premier League appearances so far and chipping in with an assist.

Meanwhile, Emerson has not acclimatised to the English top-flight as well as Tomiyasu, as Arteta had reportedly predicted.