EXPRESS INFORMER > Business & Finances > MIKE BLOOMBERG: The Jubilee strengthens the cause of economic opportunity for all

MIKE BLOOMBERG: The Jubilee helps to strengthen the cause of freedom and economic opportunity for all

By Mike Bloomberg For The Daily Mail

Mike Bloomberg is the co-founder and chief executive of media and financial data giant Bloomberg, and former New York Mayor

Her Majesty’s Platinum Jubilee is a celebration not only for Britain, but for the cause of freedom, democracy, and economic growth around the world.

The Queen’s incomparable 70-year reign shows the value of strong and stable institutions within democracies, where rulers respect the will of the people and safeguard the peaceful transition of power.

These qualities are central to the UK’s status as an economic and cultural powerhouse, inspiring overseas investors – including me – to be bullish on Britain. As a result, the future of Britain is very bright.

Five years ago, our company opened our new European headquarters in the heart of the City of London.

Since then, we’ve increased our office footprint by 35,000 square feet and boosted the number of London-based employees by nearly 10 per cent, adding hundreds of highly specialised roles across technology, analytics, engineering, and news.

Our recent investment in the new Bloomberg UK media platform reflects our optimism about its future as a global financial capital and a growing center of entrepreneurial innovation.

The Jubilee is also helping to put the UK’s strengths in perspective. Amidst all the daily headlines and drama around Brexit, it’s easy to lose sight of what makes the UK such an attractive long-term business proposition.

It offers companies a workforce borne of a world-class education system, cultural diversity, cutting-edge arts, the language of global business a time zone that positions it between the US and Asia, and – very importantly – deeply rooted political and legal traditions that are capable of evolving without succumbing to violence and upheaval. 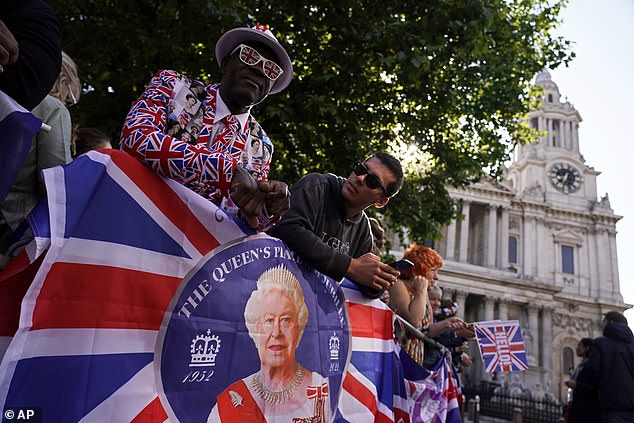 While I was opposed to Brexit, I never for a moment believed the doomsayers who thought that it spelled the end of London as a financial capital, or the end of the UK as global economic power.

Brexit is having ramifications, of course. But taking the long view, the UK is well-positioned to adapt and thrive in the years and decades ahead, as Brits so often have in the past when faced with challenges on the continent – and I have every expectation that they will once again.

When I married a Brit whose father loyally served in the Royal Air Force, I never expected to have a company with almost 4,500 UK employees, a headquarters across the street from St Paul’s, and a foundation that works closely with UK leaders of all parties – no less to have met Her Majesty at a garden in Lower Manhattan honoring the British victims of 9/11, which we later renamed in her honour.

Now, as an American who considers London my second home, I am glad to join in the Platinum Jubilee celebration, and to support a sculpture in honor of the Queen by London born designer Thomas Heatherwick, which beautifully captures the UK’s growing economic and cultural vitality. 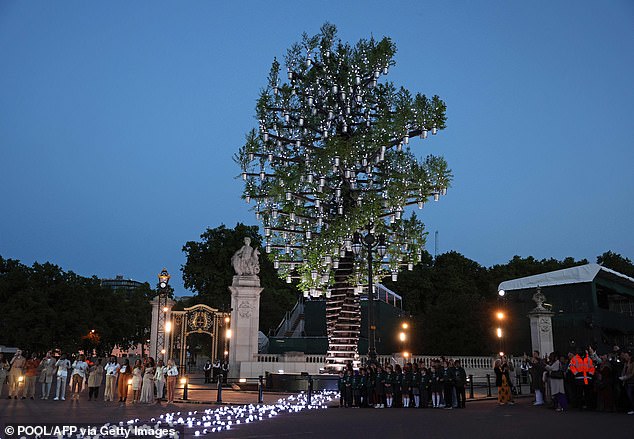 The Tree of Trees, created by Thomas Heatherwick, standing outside Buckingham Palace

The Tree of Trees standing outside Buckingham Palace, which features 350 British-grown trees that will ultimately be planted in communities across the UK, honors Her Majesty’s personal history of planting trees around the world.

In many ways, the UK under the Queen has been defined above all by qualities that are greatly needed all around the world: respect for democratic traditions and the rule of law; an openness to new cultures and ideas; a commitment to global markets and partnerships; and a forward-thinking commitment to future generations.

The Jubilee can inspire all of us to cultivate those values in our countries, helping to strengthen the cause of freedom and economic opportunity for all.

Mike Bloomberg is the co-founder and chief executive of media and financial data giant Bloomberg, and former New York Mayor.