A boat of migrants landed on a nudist beach on the Sussex coast before being helped ashore by naked sunbathers.

Naturists were enjoying a day out at Fairlight Glen Beach near Hastings, East Sussex, on Monday when the group of men rowed towards them in an inflatable dinghy.

Father-of-two entrepreneur Jamie Anley, 48, was on his first trip to the beach with wife Astrid, 52.

He told The Sun they had just taken their clothes off when they saw the men paddling towards them.

In another incident, a group of 16 migrants from Afghanistan also made their way across the Channel to Dover on Wednesday (pictured) 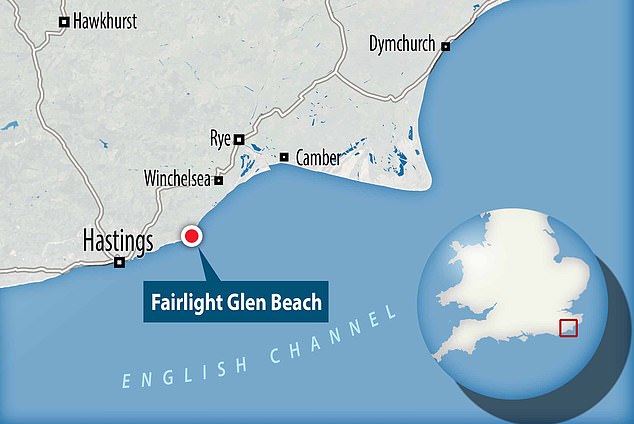 Naturists were enjoying a day out at Fairlight Glen Beach near Hastings, East Sussex, on Monday when the group of men rowed towards them in an inflatable dinghy

Entrepreneur Anley told the Sun: ‘The beachgoers were all very friendly — we offered the migrants drinks.

‘They were aged from about 17 to 45. Some of the men kept their heads down but some had little smirks on.

‘Some of them were wearing leather jackets, they weren’t dressed for the occasion!’

All the migrants were located and detained after they made off into nearby woods, the Home Office confirmed.

September is already the busiest month for migrants crossing the Channel by small boat ever recorded.

The Home Office said 26 people were detained in two separate incidents on Wednesday.

It means at least 1,490 have made the treacherous journey across the world’s busiest shipping route this month.

The total now surpasses the 1,468 migrants who made it to the UK by small boat during the previous record month of August.

Some 165 migrants made their way to the UK on Monday and Wednesday’s arrivals take the total for the year to 6,515.

One witness said the boat spotted on Wednesday would have sunk if they had not been rescued by a British border patrol. 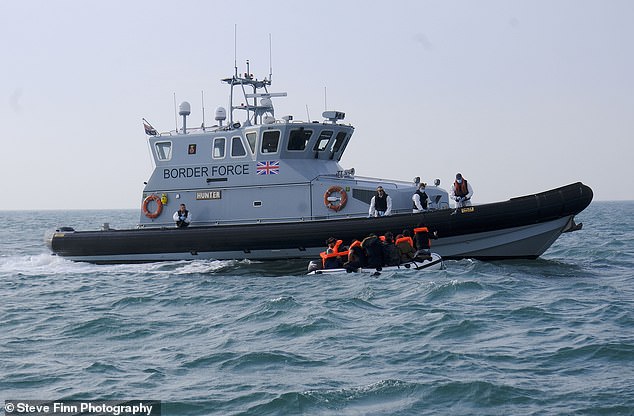 The Home Office said 26 people were detained in two separate incidents on Wednesday (pictured, off the coast of Dover) 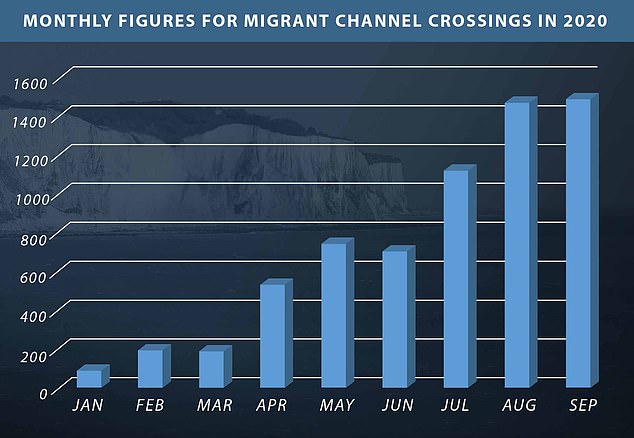 Border Force and French patrols have been increasingly more active in the Dover Strait as the number of migrants crossings has rocketed in recent months.

Last Friday at least 319 people made the perilous journey on 27 boats, with more than 6,100 arriving in the South East coast on small vessels so far this year.

After a lull in migrants attempting the dangerous crossing over the last few days, large numbers made renewed bids to get to the UK, taking advantage of the better weather, calm sea conditions and low winds.