London Mayor Sadiq Khan has called for compulsory face masks to be worn on public transport as Transport for London (TfL) enforces a new rule that will see all passengers boarding through the middle door.

The change in policy is the latest in a new pandemic measure announced by Transport for London (TfL) to protect drivers after 16 bus workers in the capital died of Covid-19.

Middle-door only boarding will be temporarily introduced from Monday to protect drivers.

Sadiq Khan told BBC Breakfast this morning that protective measures for the capital’s bus drivers had gone ‘above and beyond’ expert advice. 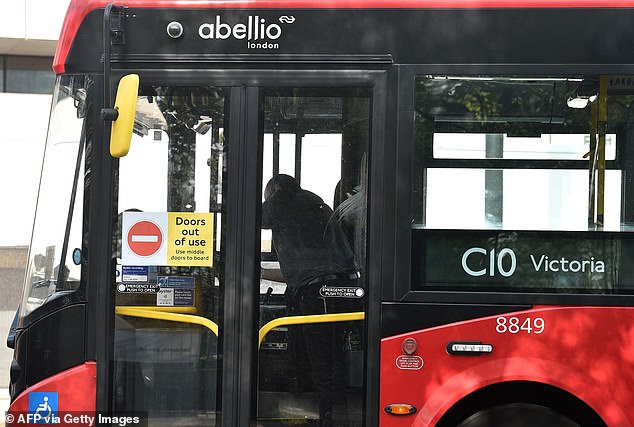 He said: ‘It’s heartbreaking, I’ve had 16 bus drivers who have lost their lives, it’s personal to me. It’s really heartbreaking and my condolences to those families.

‘We’ve gone above and beyond advice we’ve been given by the experts.’

The London Mayor said authorities had introduced protective glass, anti-viral cleaning and passengers sitting away from the driver to keep staff safe, as well as middle-door boarding which will be rolled out from Monday.

He added: ‘I’m confident working with the excellent trade unions, we’ve made sure our public transport is as safe as it can be for both passengers and also our staff as well, who deserve a huge credit for keeping public transport running in these difficult times.’

Speaking about the new bus restrictions TfL’s director of bus operations Claire Mann said: ‘Bus drivers are pivotal in ensuring critical workers like NHS staff and grocery workers can perform the vital roles they do during this national emergency. 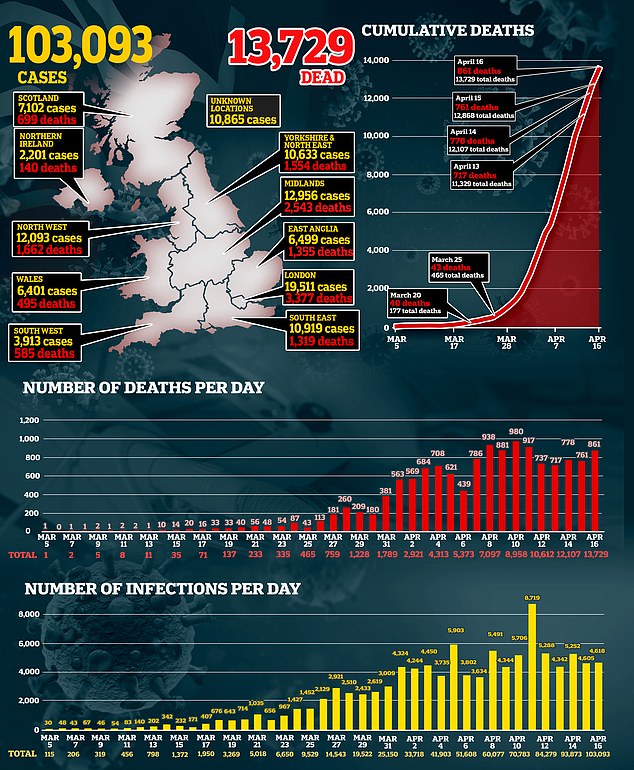 ‘Their efforts are nothing short of heroic, and it is essential that we leave no stone unturned when looking to protect them.’

TfL trialled the boarding change on 140 buses across nine routes, with the operator saying it was ‘confident’ that the low number of people travelling meant people could keep a safe distance between each other.

Khan had been slammed for the trial period, with many claiming he was ‘wasting time’ by introducing the measure.

The Mayor of London has faced a barrage of criticism in recent weeks from transport workers who say they are working in dirty conditions while 90 per cent of the capital’s buses and more than half of Tube services continue to run.

London Mayor Sadiq Khan last night called for it to be made compulsory for people to wear masks in public while the Covid-19 epidemic continues.

He said: ‘I am hopeful that the advice from scientists will change.

‘The evidence around the world is that this is effective.

‘I am lobbying our Government, our advisers, to change their advice and I want us to do that sooner rather than later.’ 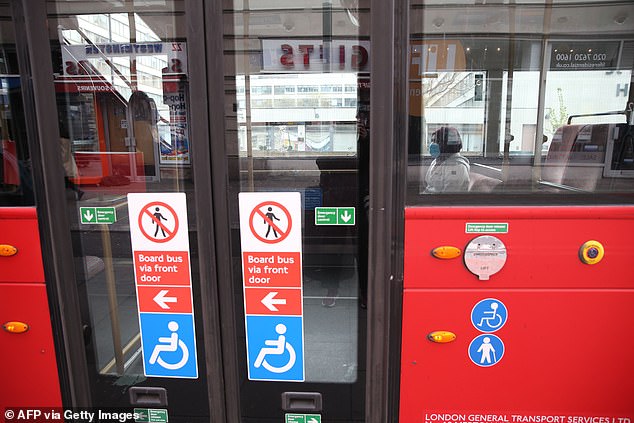 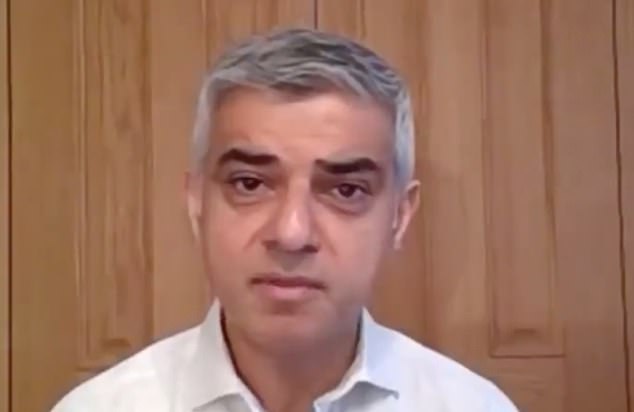 The Mayor’s decision infuriated the Rail, Maritime and Transport (RMT) union, who said transport staff should stop working if they are not provided with adequate safety equipment.

Limited use of London’s buses by essential workers had led the number of people travelling to ‘plummet’ by about 85 per cent, TfL added.

Passengers will not need to touch in after boarding and are asked not to approach the driver.

Existing measures to protect drivers and passengers include signage directing people away from seats near drivers, improved protective screens around the cab and regular announcements reminding those on board of the need to maintain social distancing.

TfL said it was also considering creating a ‘completely sealed partition’ between drivers and passengers.

Earlier, a trade union official called for drivers to be issued with personal protective equipment.

And a South London bus driver identified only as Lorraine, 62, said last week in an online video she was ‘proud to do her job’ but ‘frightened to die’ as she begged the Government to do more to help protect transport staff.